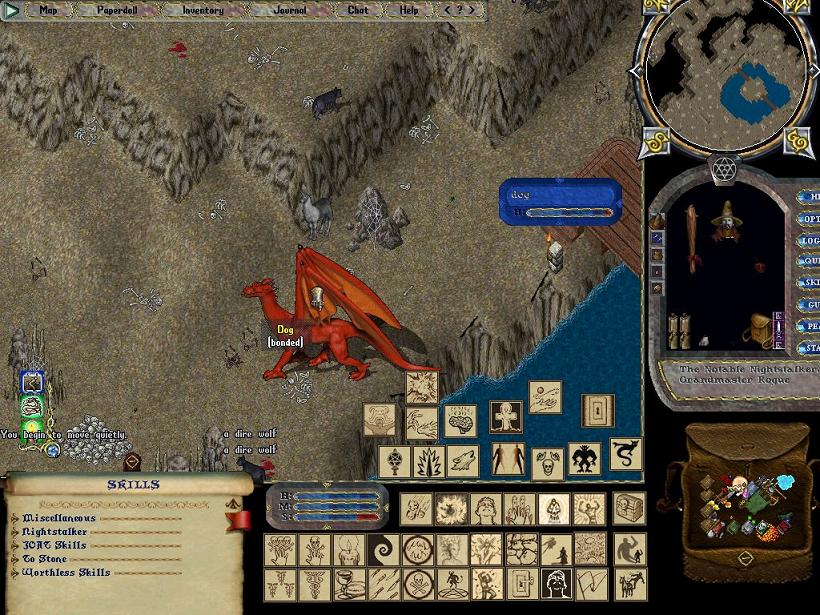 A dragon by the name of Dog ( I checked his collar ), walking along seemingly by himself. I watch as this dragon slays slimes with just the heat from his nostrils as he exhales, then walks across their crunchy dried corpses, making a crackling sound that would make you think that the slimes had a backbone. I grow annoyed at the sound, and make my way around the moat, to survey the rest of this dungeon for other intruders. I find the "dogs" companions, who is widely known in these parts as T'Challa, and his own two pets, Wily Coyote and a dread warhorse, who must have lost his collar.

I watched and waited, skipped some rocks across the stagnant moats surface, and then waited some more. "These guys must be new to this", I thought to myself. When suddenly, Ratmen started climbing out of the cracks in the cave walls, and crawling down the walls themselves with their sharp claws... I've seen this many times before. Baracoon will send fodder at you while he prepares his elite with armour and weapons, and an inspirational speech that makes them feel as if they are dying with honour, if they die protecting him.

They rush out of the barracks, squeaking so loudly that their echos could be heard in the pits of Hell, beckoning the very Hounds of Hell to their side!

Baracoon was beginning to gain ground! I knew it wouldn't be long before one of the two succumb to his onslaught. The Wily Coyote is surrounded, and a lightning bolt to the face finishes him off. 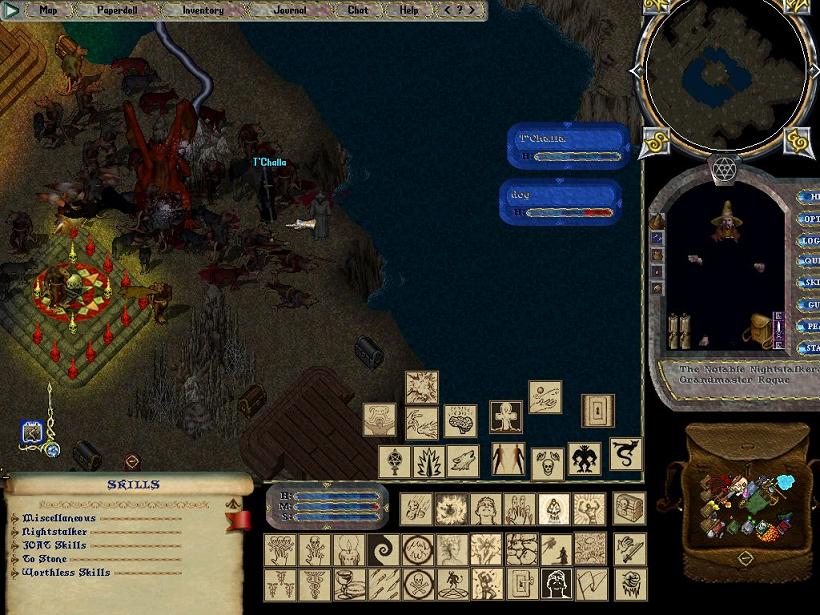 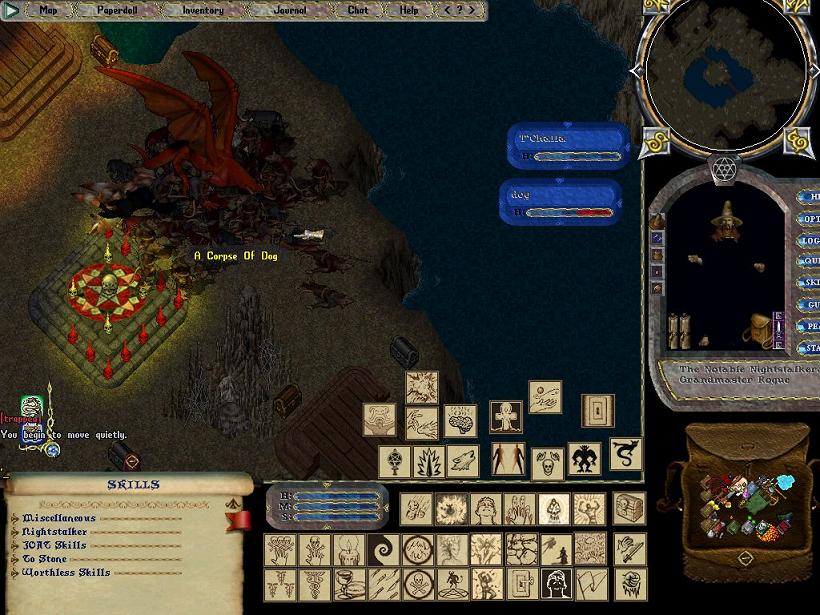 I manage to grab a few items before he is brought back from beyond, and loots his own corpse. 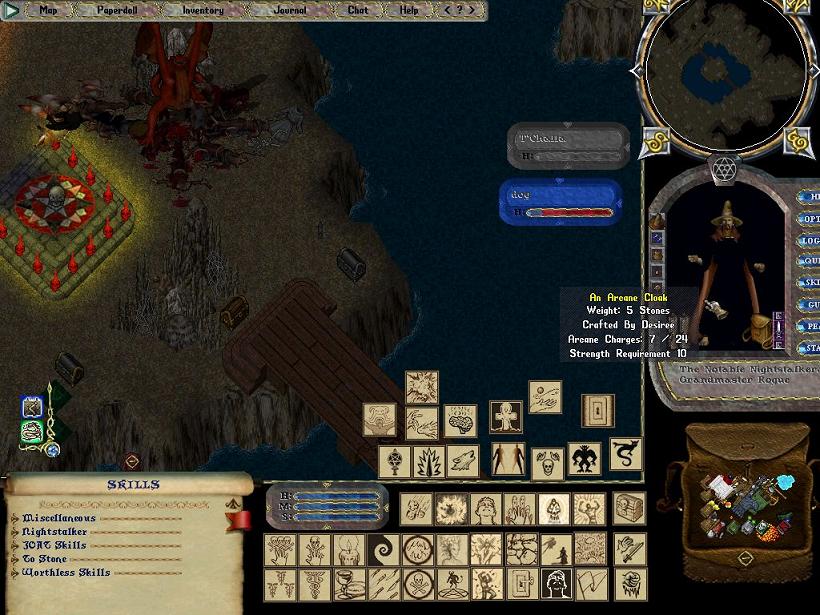 They finally manage to push back Baracoons forces, but they've suffered heavy losses in doing so. 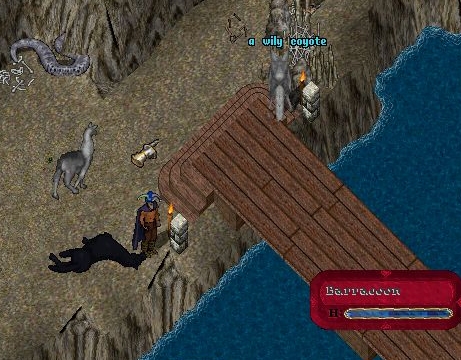 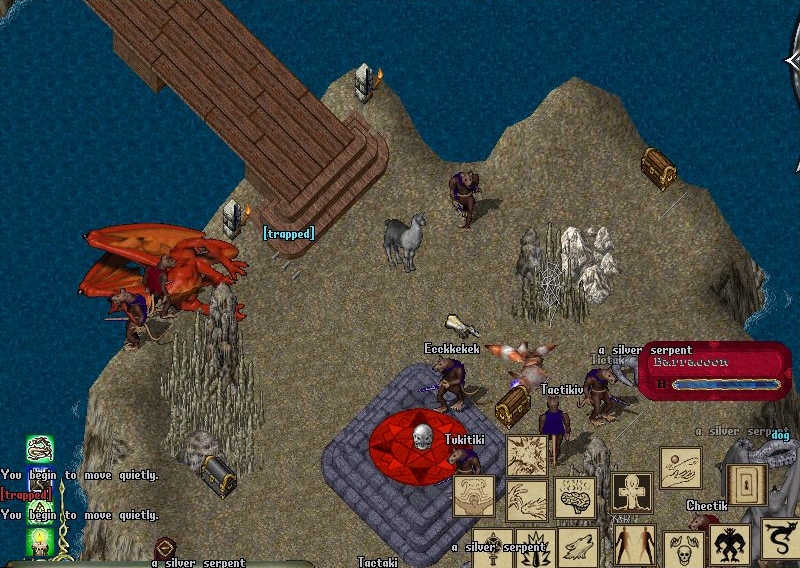 Knowing I was there, ready to kill or loot at opportune times, they stayed hidden, with no living pets to defend them...Baracoon walked the floor unchallenged.

T'Challa showed himself only long enough to make a proposal, and knowing that I wouldn't get any spoils if I didn't agree, I yelled my reply.

They slowly came out of hiding, testing the waters. I allowed them to ressurect their pets, and offered my own healing services to them.

Alternating between words of healing, and gifting the beasts with renewing life forces, we cornered and dismantled Baracoon and his army. 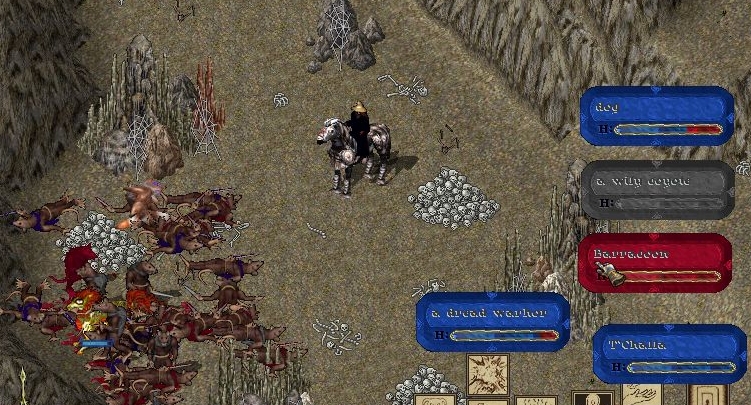 Ahh the spoils of war! 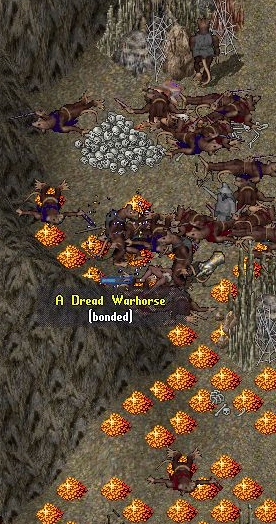 Now I would get what I rightfully deserve! Now I would see more riches in my bank box than I've ever seen before! I am elated at the thought! While the gold coins in my eyes are shimmering, my day dream is interrupted by T'Challa, asking for a truce for all time... 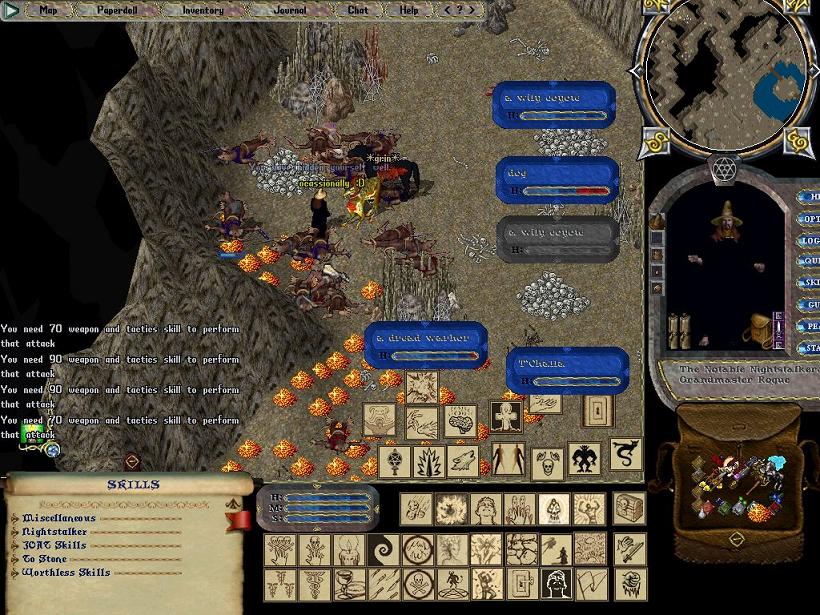 What is he thinking? Does he not realize what he asks of a thief? To make himself "off limits" to me! Nay! I honoured my word and didn't attack them... He then insults me by offering "most of the gold" on the ground! A Scavenger! He thinks of me as a scavenger, not even worthy to be his equal!

With his guard down, I pop his pack without hiding, and select the better of the two scrolls he was awarded. I will be compensated for sparing your lives! Don't insult me any further! 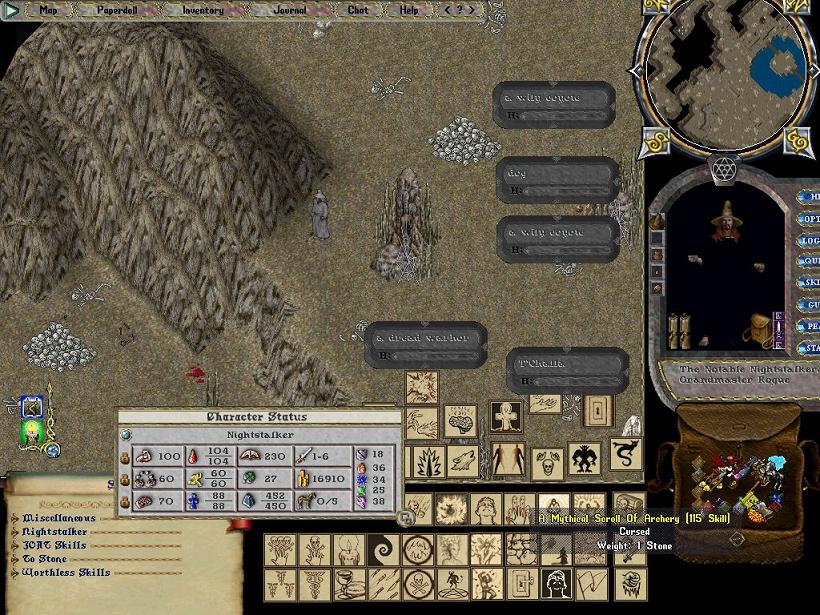 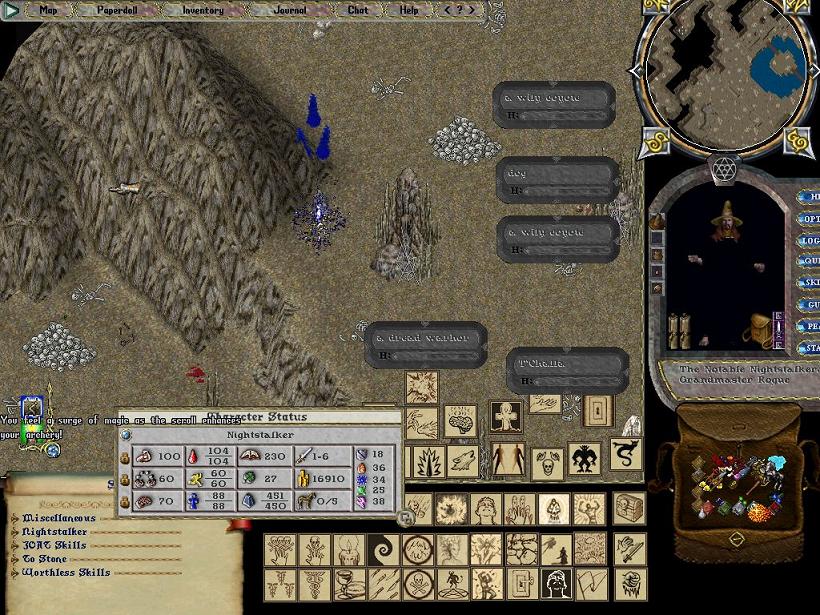 If you make a deal with a thief, don't offer them what they could freely take off the ground as payment, it lessens your chances of ever having the opportunity to make a future truce.