I went to Despice Spawn to loot some money or try to steal ps(first). There were guild LOW and some blue players doing that champ. I stay aside and wait when most of them will go home. And when there was only two players i came closer to them. It was Palvarik and Ari Lych. I snoop Palvarik and best what i find in backpack was 0.9 Healing scroll of transcendence. 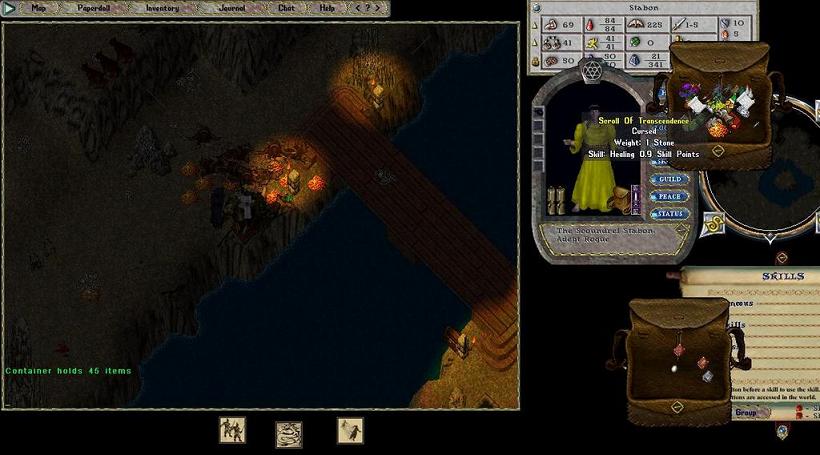 I steal it and try to use smoke bomb(first time...) "You must wait a few seconds..." Ari Lych attack me and kill me ^_^ Fail... I go to res and then go back to loot money, i bring all of them to safe place and took first 15k and went to star room to go luna bank. And there i see Ari Lych, Palvarik and Twogrit. Ari Lych: "umbra". I didn't go to Luna ... I went to Umbra. Then follow them to Umbra Bank in stealth, open bank and put there money and start snooping ^_^ 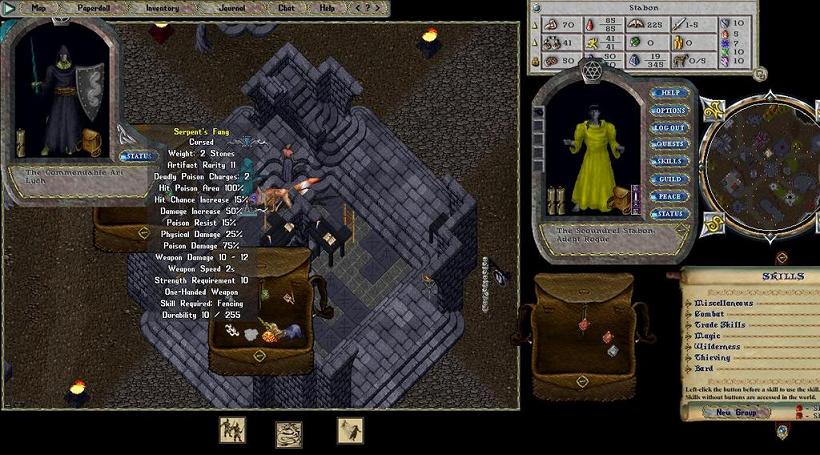 They put all ps in bank and i try to find something intresting. In Ari Lych backpack i find Serpent Fong I try to target that kryss but Ari Lych wear it. All other items was blessed. I start to snoop Twogrit and i find another Serpent Fong, target it and steal it! Success!!! I am blue. They start running aroung me, but i hide. 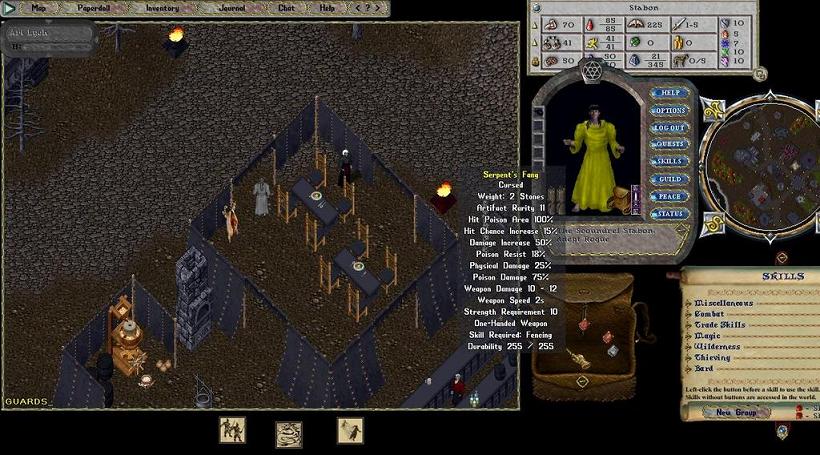