Episode 0149: The Main Event, and Boy it was Depressing


I had planned all week for this moment, and now it was here.

Using my GM skills in disguisery (and ten minutes trying to get a reasonable name)... 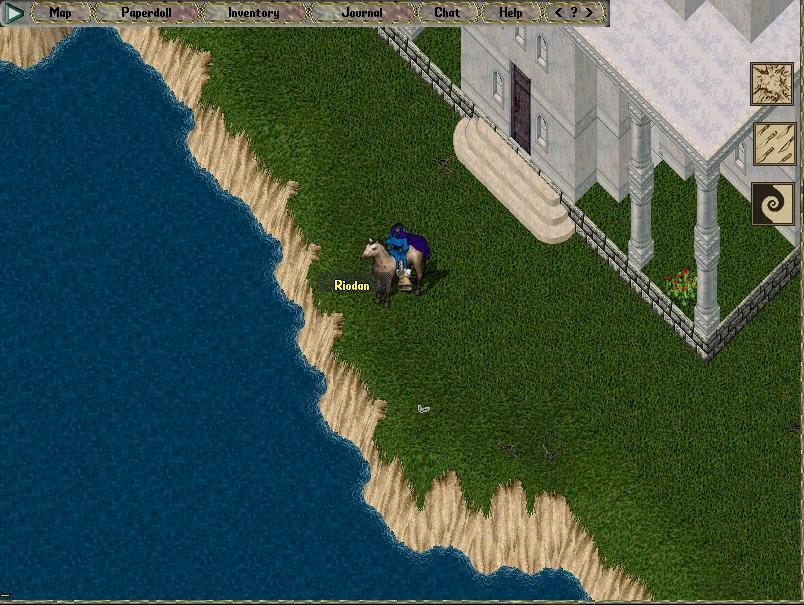 I make my way to the Skara Brae community center.

And I make my rounds. 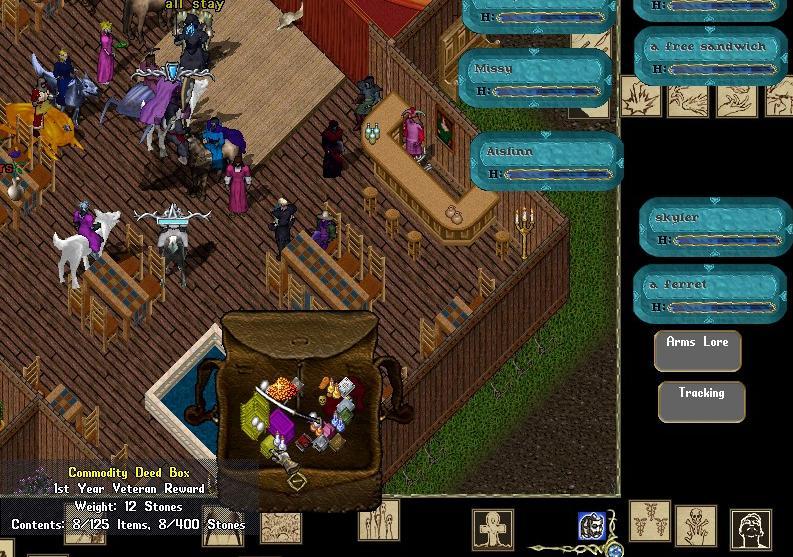 Why oh why cannot we steal containers?

EM Alcor arrives and the people fall over him like he's a banana peel. 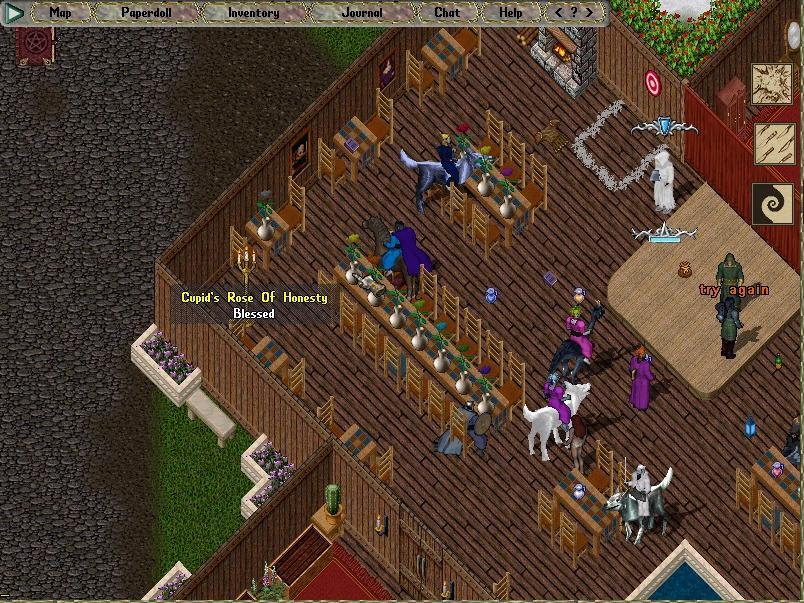 *skips the long 90 minutes when I ran around half-heartedly trying to gain a rose in a legitimate way, in order to snoop packs*

After the time limit expired I went back and saw that the EM was allowing the contest to run longer than scheduled. My disguise timer was making me impatient. 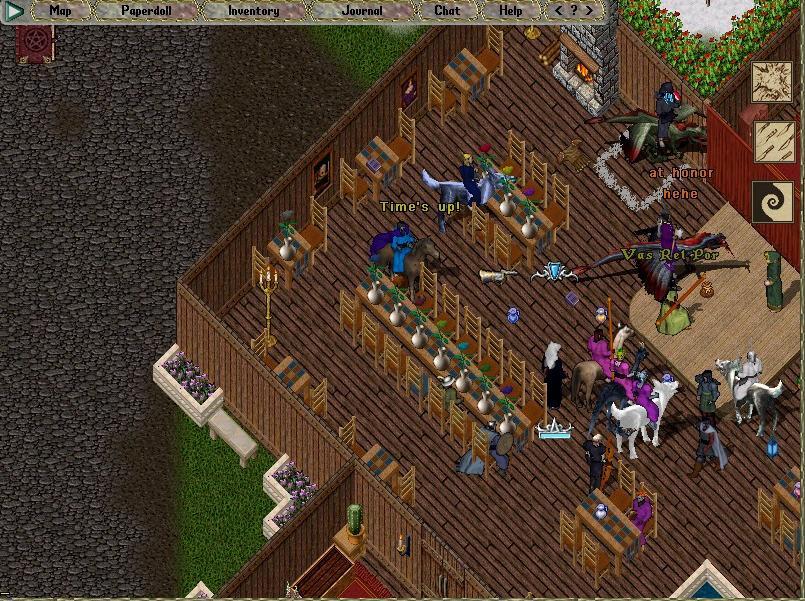 I snoop some more as the crowd gathers for the results.

Nothing. My timer ran out so I stashed my robe and cloak in a cheap attempt to disguise my disguisery. The EM announces the winners and begins to unlock the roses from the table... on the opposite end I was expecting!

Roses get stolen and madness ensues. Of course, who gets blamed first? 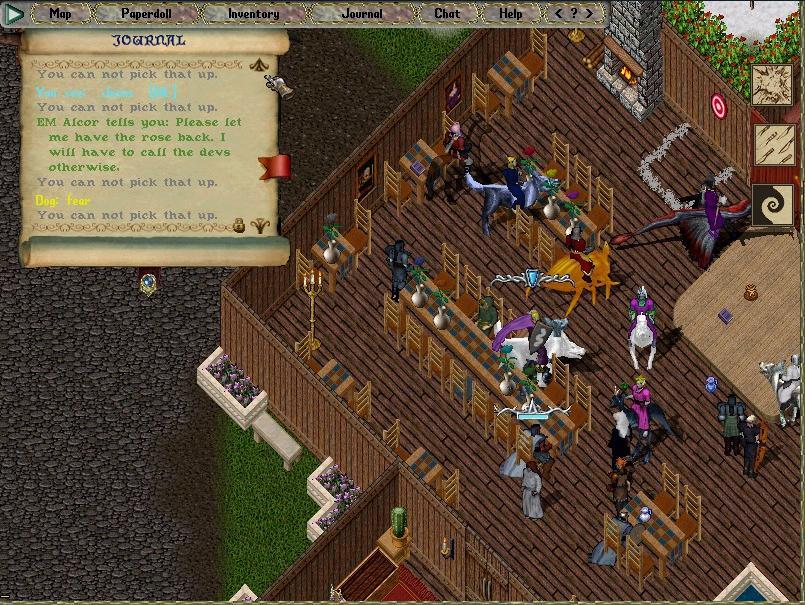 Call the devs, don't they say that in Trammel?

It turns out my friend and mentor Red had stolen the roses. After a few minutes of cheap threats, Red gives them back.

The roses were slowly unlocked and I waited impatiently. 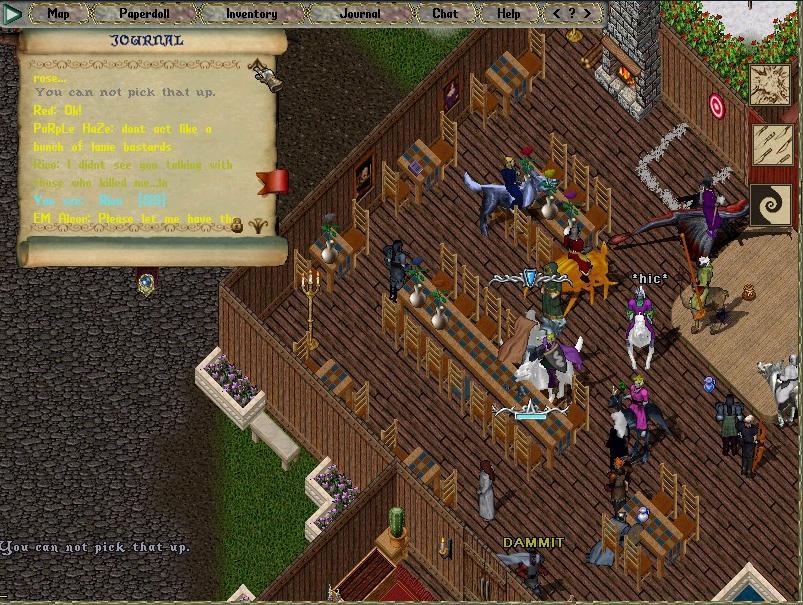 Another rose is stolen and EM Alcor goes into panic mode disappearing and bringing his buddy with him. 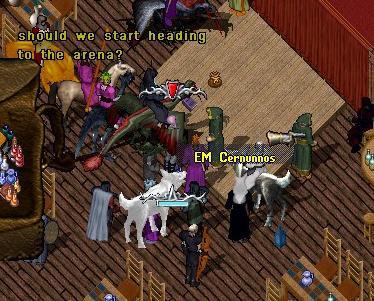 I moved in to snoop the new EM. 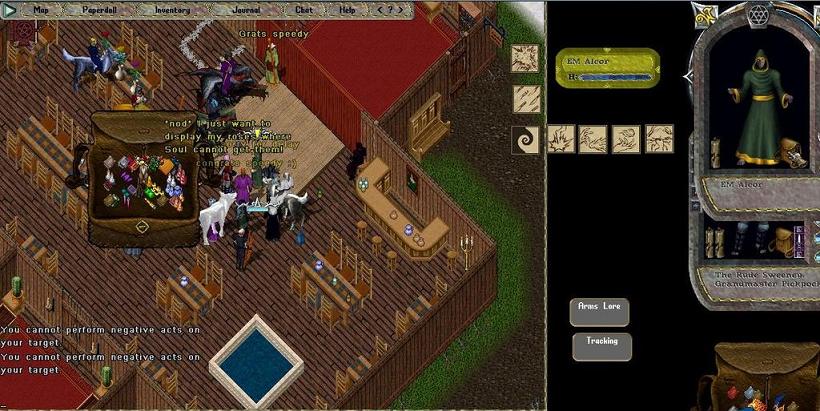 Eep! I can't snoop? I felt like dying. It only lasted a few moments, and the EMs master plan fell into place. While I was off trying to snoop the new EM's pack the final rose was unlocked. 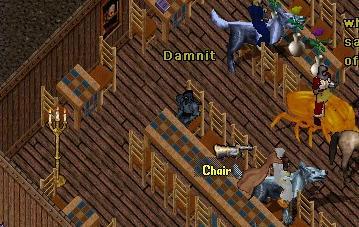