When I was a child, my dreams spilled over into the day. My ambitions were great, my talent ever growing. My Father wanted me to practice with the bow, so I would be "able to provide for my own family some day". I wasn't interested. Instead, I was dreaming of flying WITH the birds. When my Father would come home with a fresh kill, I would offer to clean it, and I would harvest the feathers until I had saved enough of them to attempt making my own pair of wings. I blamed it on my poor tailoring skills then, when I would crash to the ground from a low cliff, even though my feathers had stayed intact.

I now know about density and weight, from the teachings of my Father's friend, Belthar the Alchemist. He explained about seperating liquids in a vial according to their density, and extracting the desired ingredients and leaving the rest. "Doing this will make the Nightshade more deadly", he would say, "making it pure and potent." Again, I would day dream at his words, considering the possibilities of poisons and all of its applications.

I found one such day dreamer perhaps, tucked under the wing of her mighty dragon.

I moved in for a closer look, and discovered two extraordinary rings!

I ever so carefully plucked the ring from her pouch, so as not to alert her or her dragon, and put it away for safe keeping. 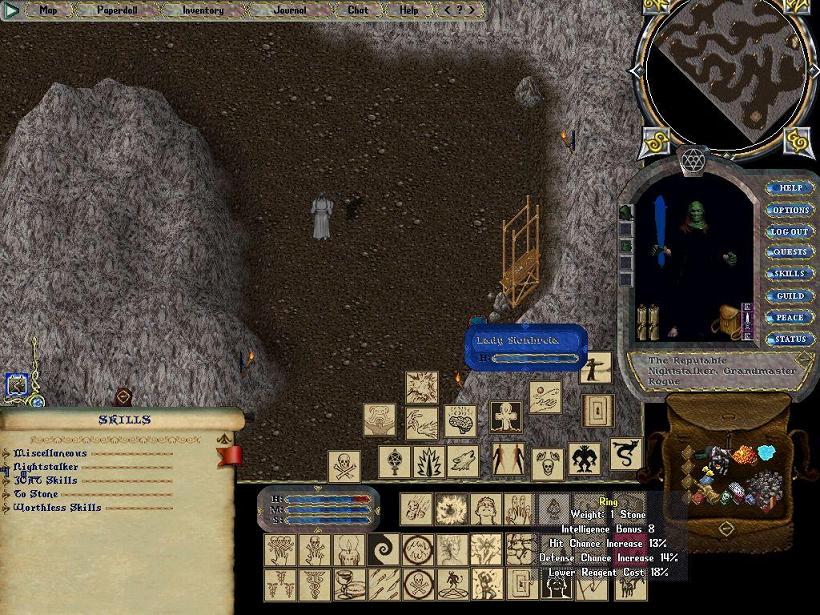 She was still in a trance, and I didn't care what her dreams were at the moment, I was about to fulfill my own! 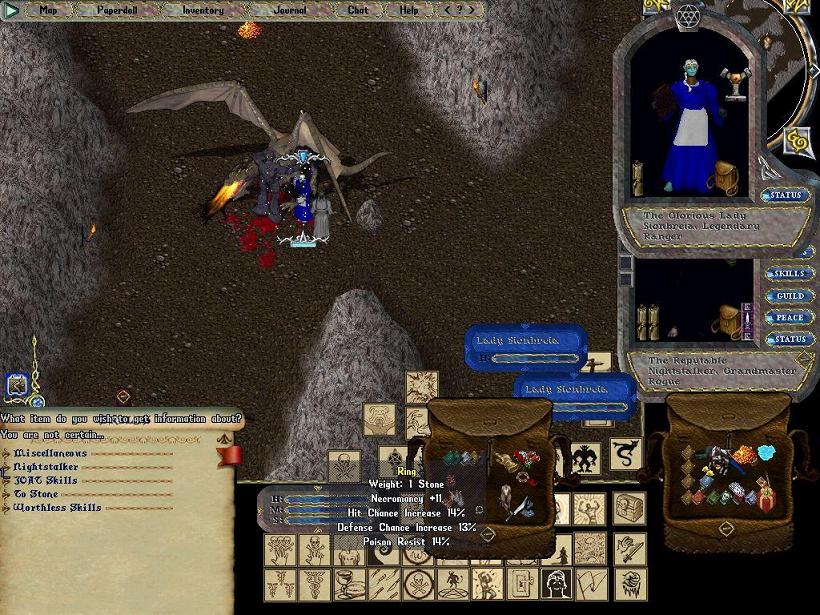 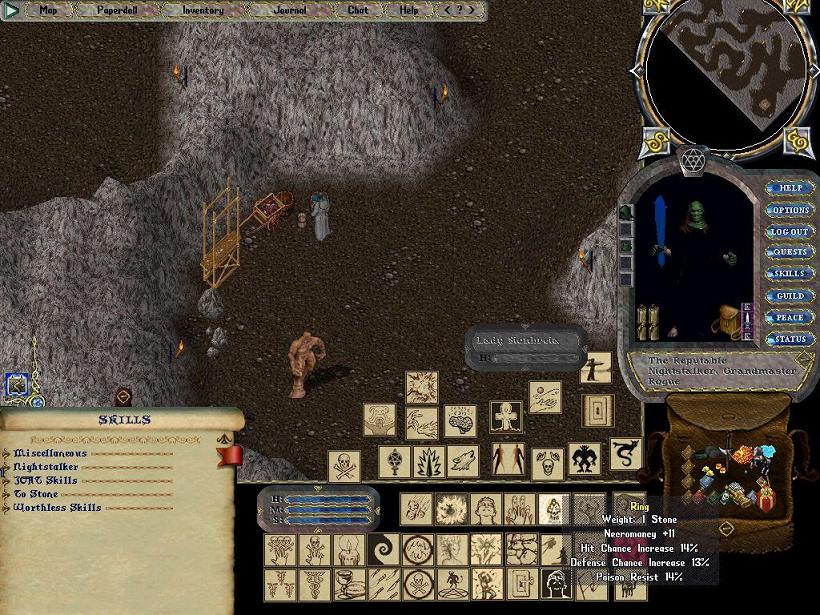 Two excellent rings, and I should be satisfied... but the regret I would feel at a missed opportunity would be unbearable. I had to have it all! I closed my eyes and chanted a greeting, each friend of the pixies has their own call, and they promptly joined me in the dank cave. They knew the drill, we practiced it many times on unsuspecting townspeople. * evil grin * They made one synchronized effort, and had accomplished what they were called to do in a moments time. 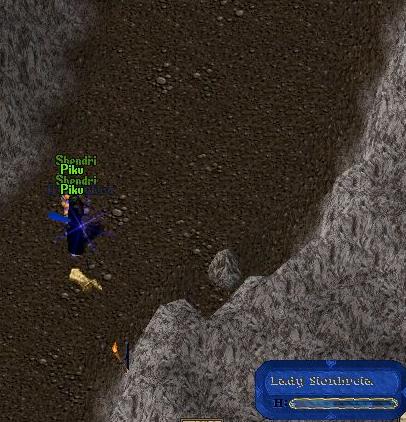 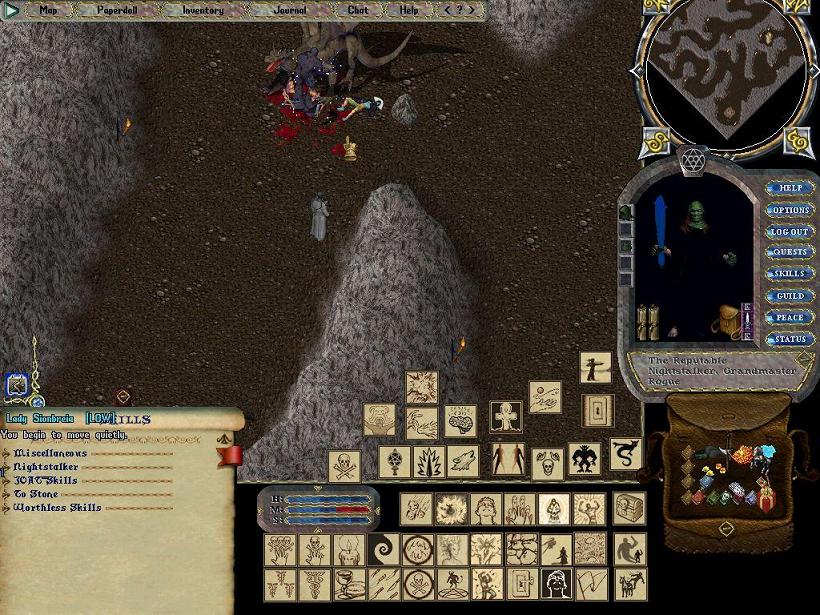 She sprung forth from the dead to issue a command to her mighty dragon, but it was too late, The Nightstalker was victorious!

"Until next time, Sionbreia", my whisper echoed in the hall.

I sat in my house, slipping the rings on and off my fingers while day dreaming about my next score. A few days later, after looting a poor craftsman who got too close to the woods, I noticed a man in the town of Luna placing a torn parchment in his backpack, then gazing off into the sky to day dream of what he'll accomplish once he takes the time to read it and learn from it. Would he conquer new lands? Would he use his added powers to help the less fortunate? 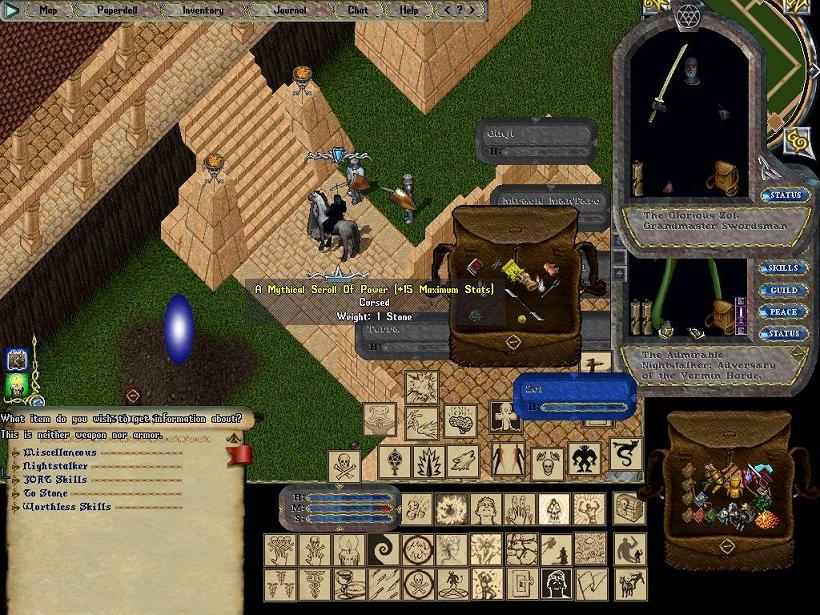 I had no plans of letting him lazily carry on. If he has such power, he would no doubt waste it with idle day dreams. A distraction comes my way, but also breaks Zol from his dreaming... I had to act fast. 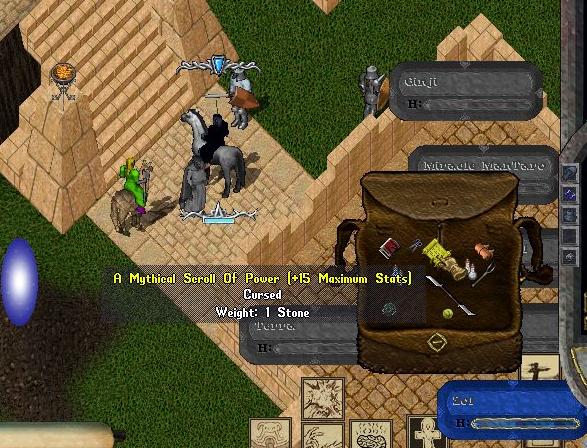 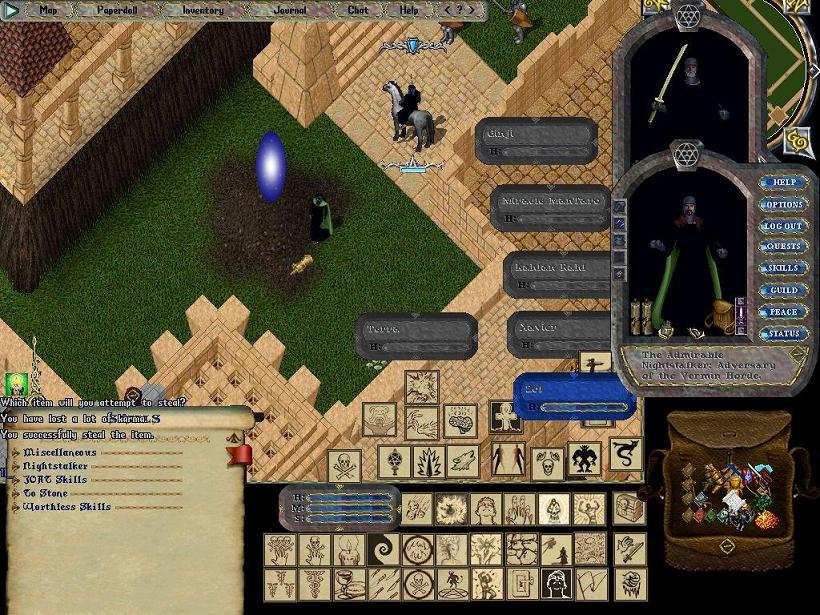 I return to the scene of the crime, as no chase was given, and I read the contents of the scroll quietly as I stand before them.

It was a few moments later that this day dreamer realized what had happened. 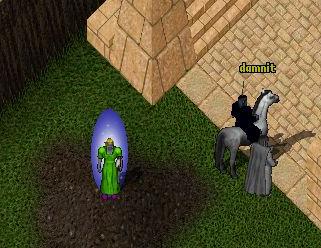 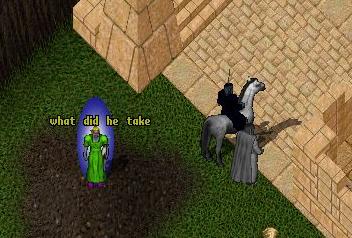 I still dare to dream, I still aspire to be greater than I am. I will make you proud Father, maybe not with the bow, but with the realization of MY day dreams! I suppose for my victims, the old adage is true, "You snooze, you lose."