While wandering through the wooded area near Yew, I came across a building that seemed strangely out of place. It seemed to be a sort of mausoleum, yet there wasn't a graveyard nearby. I sensed an evil energy as I approached, but it felt very weak, as if it were struggling to make itself known. Naturally, I was intrigued, and turned the knob to enter. There seemed to be other magics at work here, as I could not get the door to budge. Thats when the obelisk that stood in front of the building started to glow. Rather it wasn't the monument that glowed, but the inscription on it, which I hadn't noticed beforehand.

It spoke of the undead as a ruling power, necromancers determined to bring all under their command, or to their deaths. "I shall not be ruled by anyone!", my mind was screaming, and I turned and walked away. I didn't get more than a mile away before the energy that I thought I had silenced, the energy from the necromancer's suit, began to beckon me. "Nobody is trying to control you, please I ask you, reunite me with my kind."

"If I go inside that building, will you leave me alone for good?"

"It is not I that is clinging to you, it is your own evil desires that has bound me "

It was worth a try, I had to be free of this energy.

I found one such day dreamer perhaps, tucked under the wing of her mighty dragon. 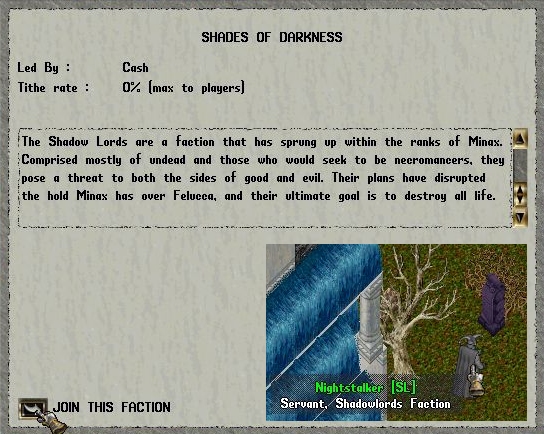 Once I touched the obelisk, I felt a small energy flow through me. I tried the door, and this time it swung open as if it were crafted by the finest carpenter in the land.

I explored the place thoroughly, and noticed many graves, some empty. The faint energy I had felt outside was guiding me to another monument. It explained that its powers were limited if it didn't control the power orbs that were placed in the towns. Contrary to popular belief, these orbs were powerful indeed. They contained a life force within them that wards off evil from the towns, allowing civilization to thrive.

If corrupted however, those powers are channeled to this now faint energy, and it thrives, allowing havoc to reign where peace and life once abounded. This power could be magnified eight fold, and currently, there was no power to be had. 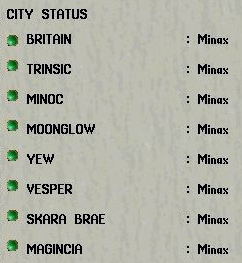 I was charged with restoring power unto the unknown energy. And I didn't feel like resisting the orders given me.

A few days passed as I was training up the skills I would need to accomplish this feat. I continued on with my regular

lifestyle in the meantime. 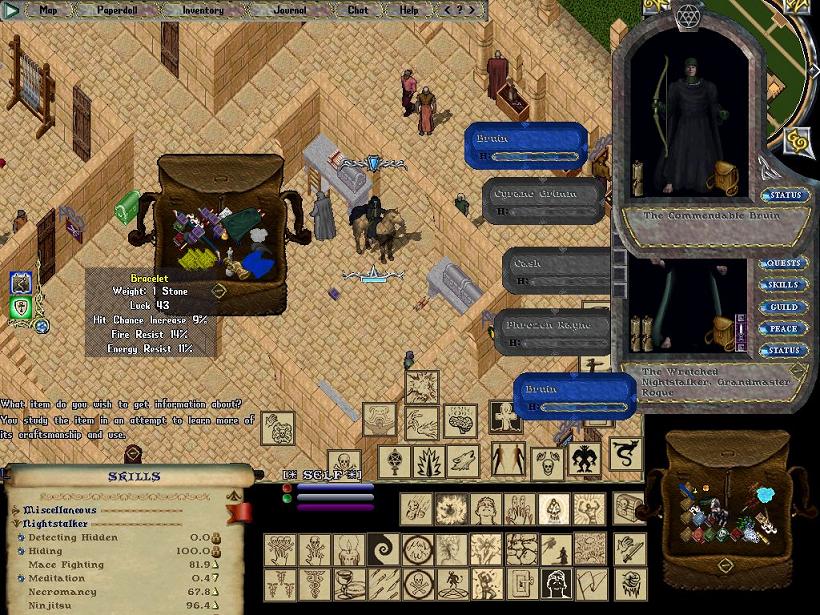 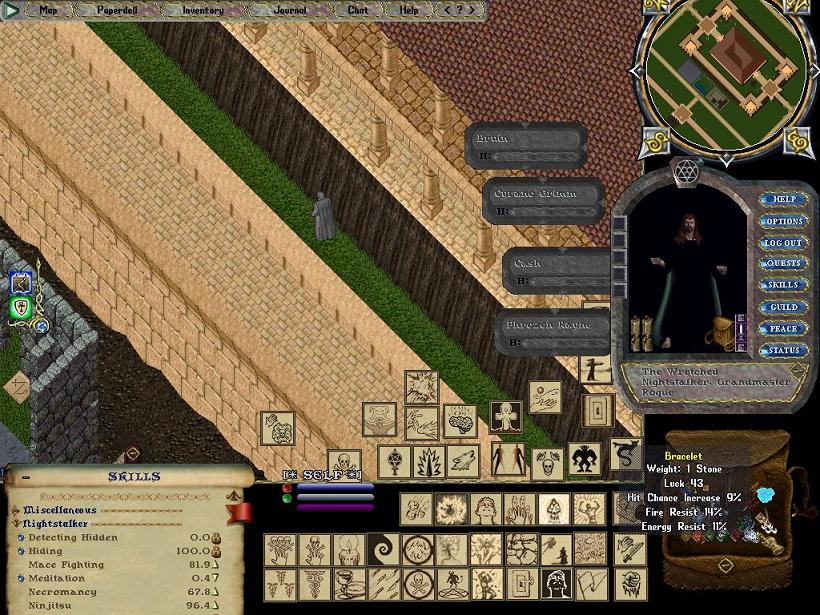 Bruin didn't approve of my petty theft, and decided to take the law into his own hands. Fortunately for me, the town guards saw his attack, and dealt with him accordingly.

With my pockets now full of this criminals belongings, he returned to the scene of his crime, and started muttering something unintelligible. 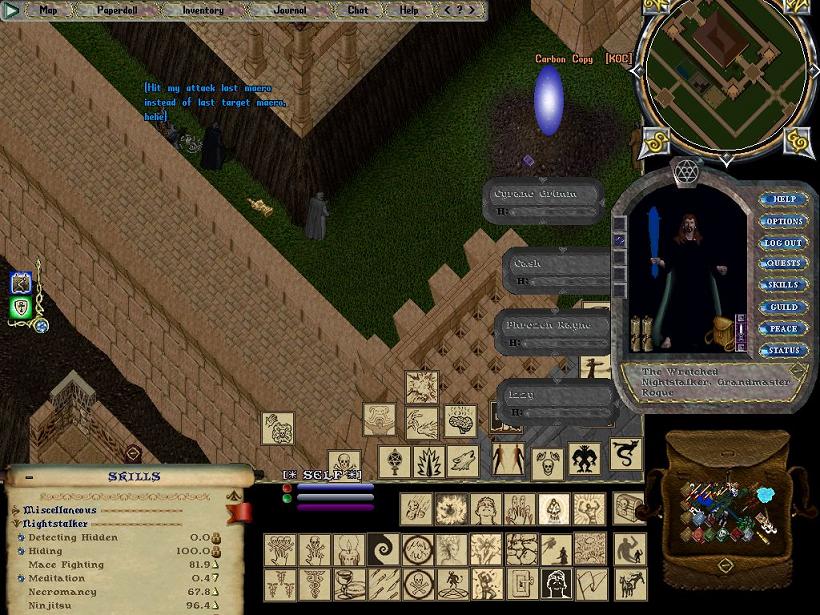 Only moments later, I found a very nice cleaver in an enemies pack, and I simply took it from him while he was distracted in conversation. 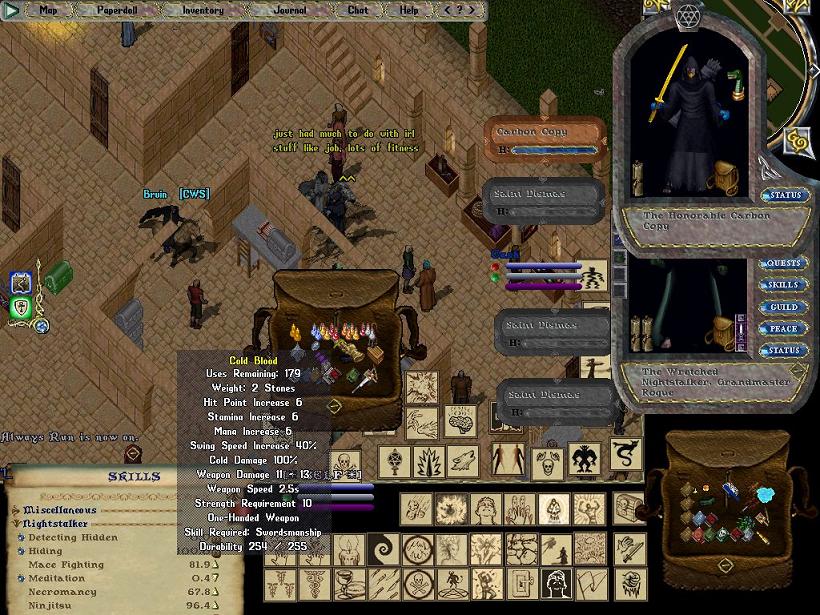 Without worry of the town guards, this could be dangerously fun.

I made my way to Bucs Den and found a disgusting Gilfane! I snooped in his pack, and considered his chances at injuring me... 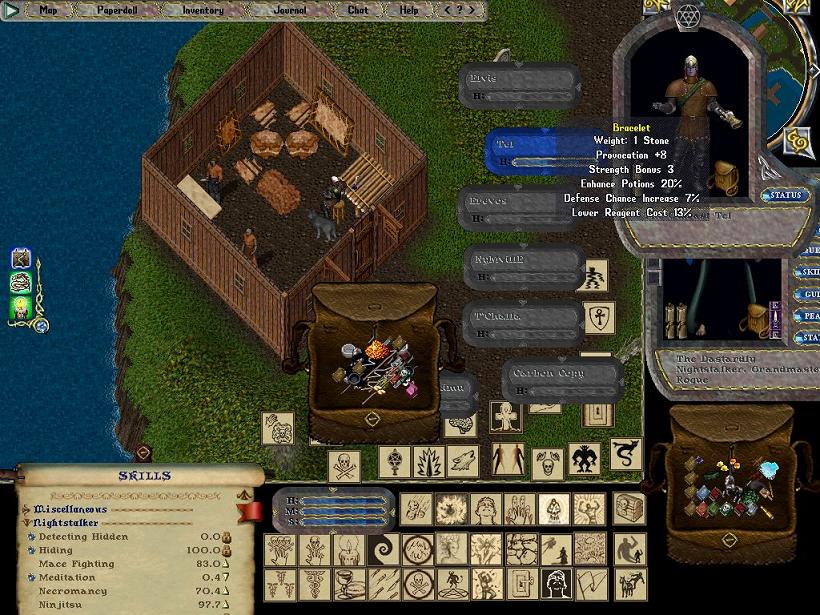 His lungs let out a sqeaking noise as I stomped the rest of his life out from his chest. 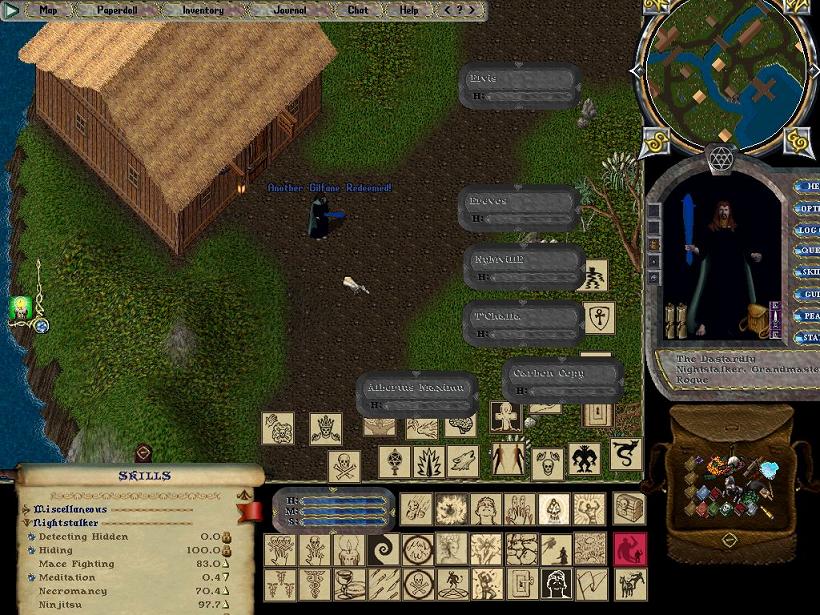 My efforts didn't go unnoticed... I brought the faint energy back to full power, and it rewarded me with control over the operations. 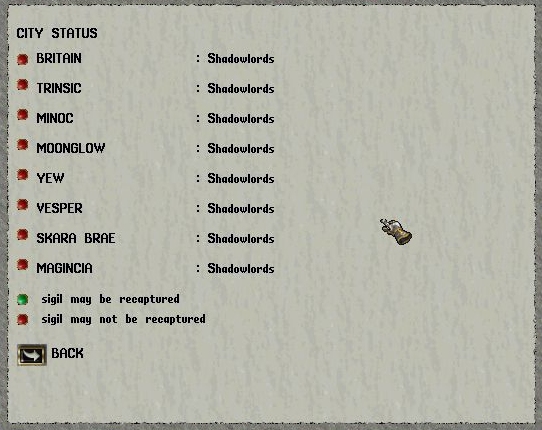 Things carried on this way for quite some time. 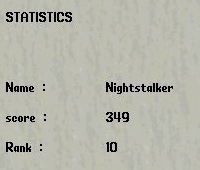 One morning, while I was eating some stolen eggs, I felt the energy from the necromancer's suit leave me. It had found its rightful body, and I was free once again. I had accomplished all I had set out to do, restored power to the necromancers, and freed myself from their influnce. This day, The Nightstalker is a hero! 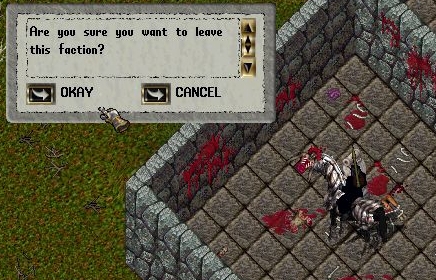