The Magincians were defiant, unruly and whispering of rebellion…
Plus I couldn’t find a single humble soul in the whole danged city

It would not stand…. I had established Martial Law in New Magincia, I meant to enforce it.

Enforcement of Taxes was heightened to punish the rebellious subjects; they even fancied themselves an INDEPENDENT REPUBLIC!
::YOINK!::

Taxation was but one aspect of Martial Law. If I was to crush this rebellion, I would need intelligence. I set out to collect it the old fashioned way, by torture and executions. 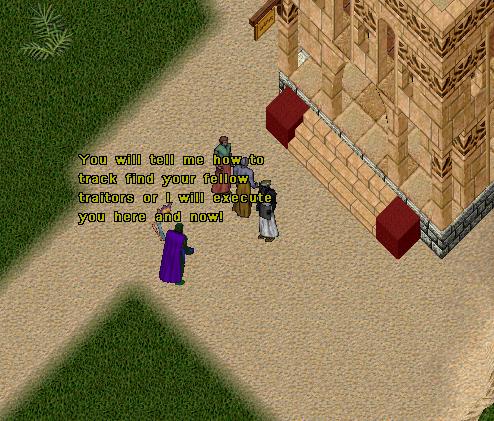 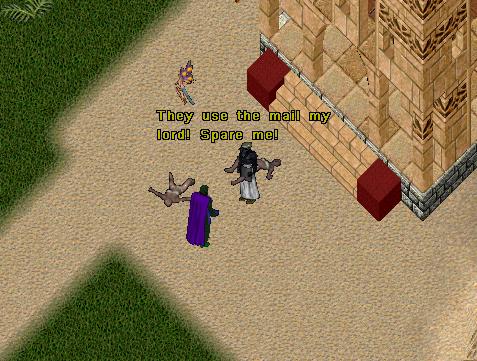 My initial instincts had been right… These scum were using the postal system that I PROVIDE THEM to plot against ME, their rightful Monarch.

I decided to return to return to where I had first struck at the heart of this rebellion. It seemed a logical place, and as I had confiscated the mail there I knew I would find more. 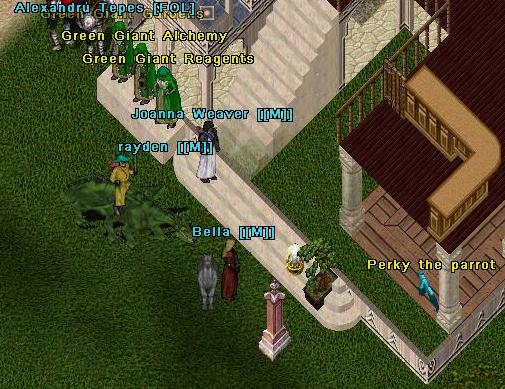 My instincts hadn’t failed me. I found a cluster of these traitors bearing the badge of their rebellion in their names. My sources had told me that these were not all the rebels and so I had to remain patient and see what was going to take place.

It sickened me to be amongst such vial scum but I suppose even the most humble and modest of Kings must surround themselves with filth if it means the protection of their subjects. I do this for all of my loyal subjects and the good of my Kingdom. 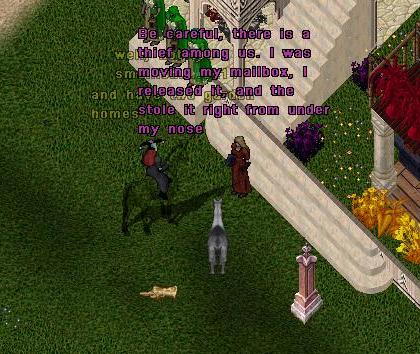 A thief? Perhaps you meant The King Of Thieves. Do your treasons never cease? What vile commoner would dare to refer to their liege by such a common name!?

In my infinite mercy, I decided to offer her belongings back and excuse her treasonous acts in exchange for her loyalty and a “token” sum of gold…
::GRIN::

But she tried to play me for a fool… Silly wench, I know why you want your mailbox back. You desire to plot more treasonous acts. 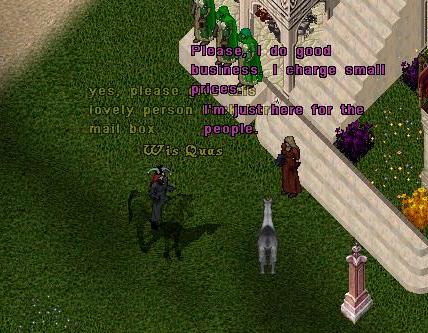 This wench admitted to trafficking in forged pardons! Do her treasons never cease? She has the taint of traitor’s blood, she does.

I attempt to give these wenches the opportunity to bend the knee and return to the King’s Peace.
They proudly proclaimed independence from the realm
Alas, they were too proud, and their treasonous behavior ran too deep to submit to justice. It had become clear that I would have to punish them further…. I walked away but only so that they would not see me return to strike again. Always remember, a fool and her gold are quickly parted… And my own personal addition to that saying, a mark never learns…

Her friends taught her that she should use detect hidden to catch me because casting reveal doesn’t do anything.
::GRIN::

Famous last words to proclaim that I’ll never get taxes from you wench… I’ve done a solid job of taxing every one of you rebels extra hard for your treasonous behavior. 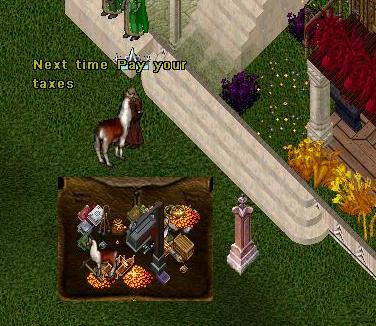 I’m sure she wishes they taught her that detect hidden only works inside your house in trammel or that I’m the King of Thieves and obedience is usually a good idea..

You’re not happier? Too bad, I sure am.

Next Time Pay Your Taxes


-Evil Lord SMuRFY,
The King of Thieves, Mayor of Barter Town, Hand of Fate, and Master of Justice