On most shards, one or two grand thefts can provide more than enough gold to get everything the King of Thieves desires. On Siege Perilous, things are a bit more difficult…

The locals tell me that even the King of Thieves has to pay his dues. While I’ll admit that I have to do some work, I sincerely disagree about having to pay for anything, regardless of where I am…

That all said, I had been looking for a stat scroll since day one. Every thief dreams of stealing a stat scroll, and that includes me.

And the first poor sap to cross the King of Thieves with a stat scroll was…. 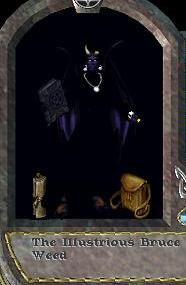 Poor Bruce was flaunting his wealth and buying thing in New Magincia when I decided he owed me money.

I had to act fast, I wanted this scroll more than most things I steal so I knew I’d have to take the risk of stealing in town.

I whispered a prayer to fate…

Dear Fate, Give me free stuff for I am awesome and deserve free stuff. Also, please let the town guards forgive the late delivery of their pay checks, I wanted some bling and their pay was all I had on me. Oh and please make me invincible because that’d be pretty cool….

I see he’s engrossed in his shopping so I made my move…. 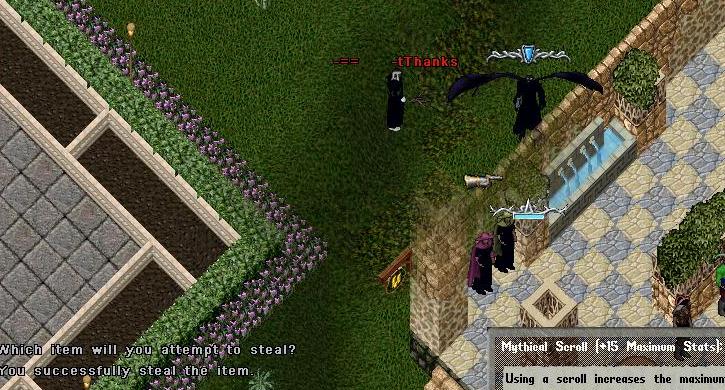 Bruce panics and calls for the town guards! 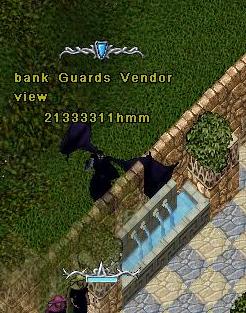 and then for a bank,

and curiously of all, a vendor….
I think he had UO turrets syndrome, poor fellow

But the town guards are all hung over this morning…

And they don’t realize they haven’t been paid yet…

So nobody comes to Bruce’s aid. 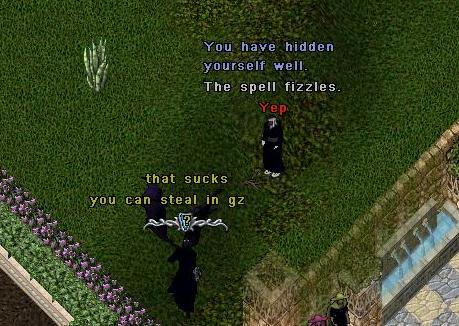 And he accepted his fate…
To remain without a stat scroll…. 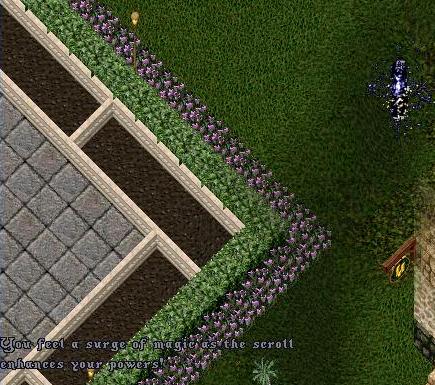 And I accepted mine….
To feel a surge of magic as the scroll enhances my already mighty powers.

Thank you Bruce, I’m sure I’ll be seeing you again.


-Evil Lord SMuRFY,
The King of Thieves, and Mayor of Barter Town