The Yew guard has had enough of the dwarven threat! Volunteer's against these scoundrels will be asked to meet at the Yew jail at 11PM EDT. The guard hopes to squelch this threat once and for all, their crimes include:

-Kidnapping
-Crimes against Orcs, leading to a breach of treaty.
-Mining and drilling in undesignated areas, allowing for monsters below the surface to terrorize the Barter Town mines.

Prepare citizens! This is a battle that will not be easily won!

It is not every day that dwarves terrorize Barter Town. In fact, it is not any day that dwarves terrorize Barter Town. Quickly upon hearing this announcement from the criers I ran to the mines to make sure all monsters and dwarves were properly attired. Upon my arrival I found the place deserted! Sounds to me like that bastard running Yew is fabricating stories to make us his monkeys again. I set off towards Yew with my own agenda.

Since this battle was taking place far away from the safety of the town guards I quickly saw that there were not many valuables amongst the warriors. With the briefing underway I stealthed behind the Event Manager and spied my prize: his paltry wages. This was more of an impulse steal seeing as this was no ordinary player in front of me: 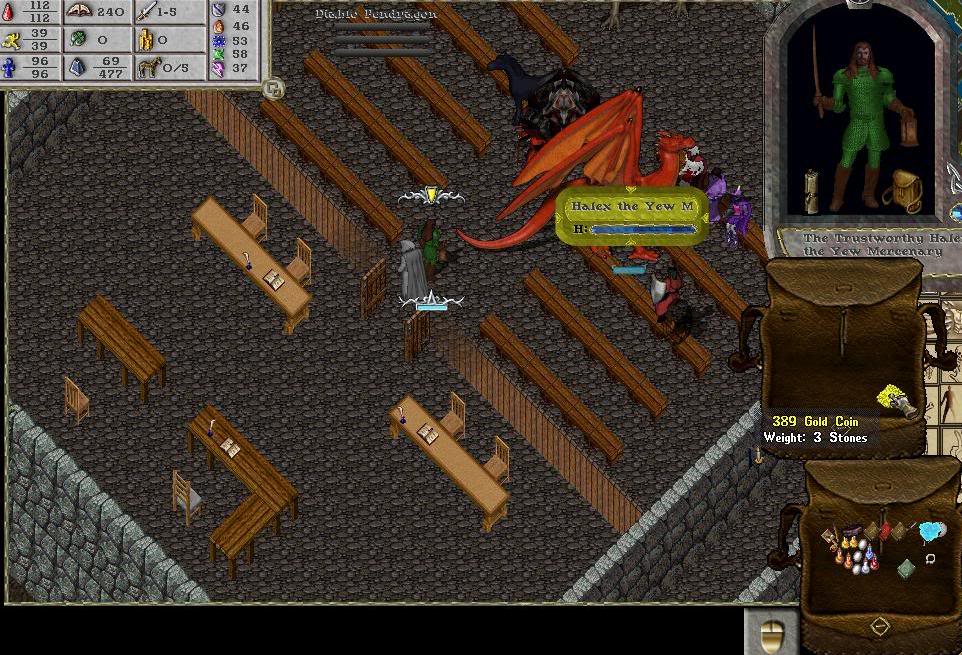 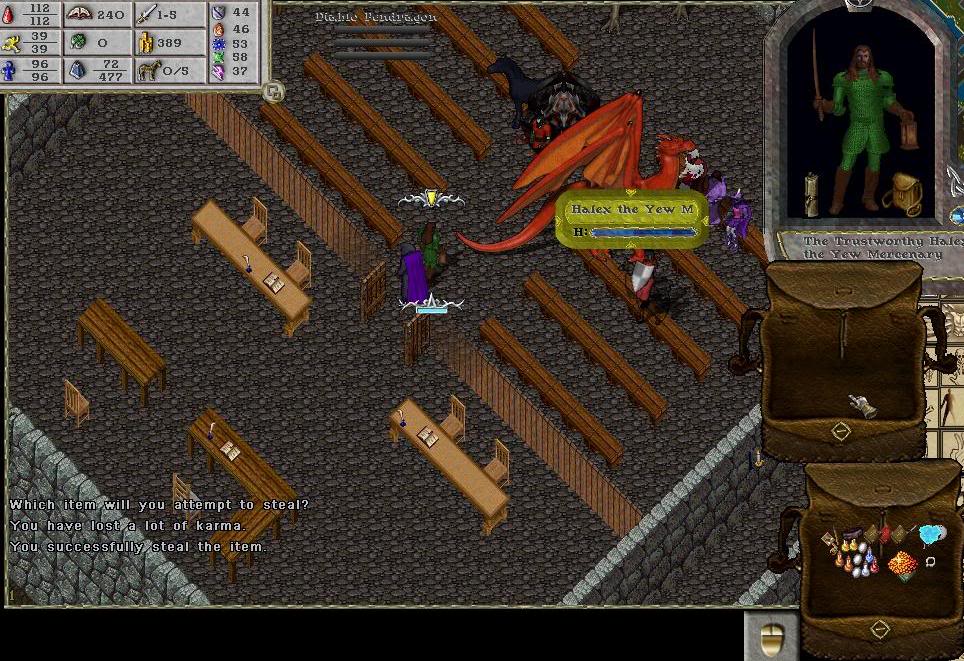 That’ll teach him to underestimate the thieves of Barter Town! Let no untrue word be said about our little slice of paradise. As the drone continued to lecture about Yew’s materialist society, I was revealing and stealing a few bottles of Vitriol: 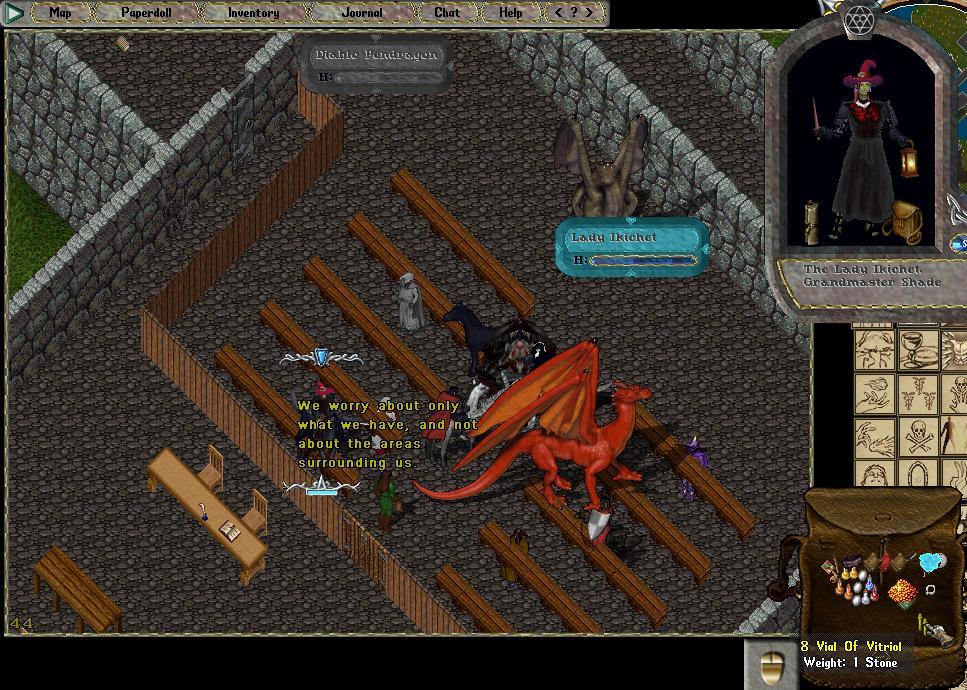 I cannot remember who was carrying these but I can assure you he did not like staying revealed. As I spammed my reveal to prey on the shadier folks (*cough* Littlebo Peep), I caught a whiff of precious misbegotten metal in this scoundrel’s bag: 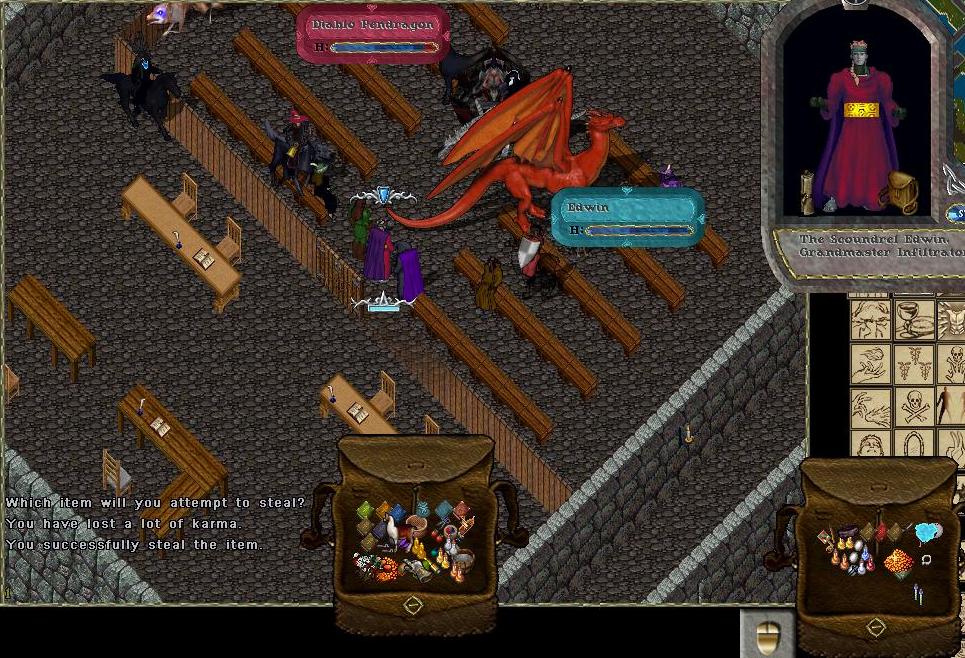 I hope you aren’t actually one of us, but if you are and you’re reading this- your dagger is safe and secure in my vault! You may come and pick it up at your earliest convenience. After this was stolen gates opened and the adventures went off to fight for their puppet master; surely getting slain in the process. Since heavy combat really isn’t my thing, I opted to travel to my abode to tend to my garden (a little richer.)