As I was gathering soil in Minoc one evening, my thief senses (a neophyte discussing trades in general chat) told me a big sale was going down in Luna. Time to show somebody what ICQ stands for! I made it early enough to bank my plant bowls and don my jester hat; before I knew it the game was afoot.

Enter right: the lovely, albeit naïve, Belle. Belle is an accomplished gardener who secretly purchases stealing scrolls on the side. I wait nearby breathing heavily with trembling hands and sweaty fingers positioned over the print screen button and my steal macro. The moment I saw that pink gold hit her backpack I slammed my print screen, hit steal and nabbed the scroll! 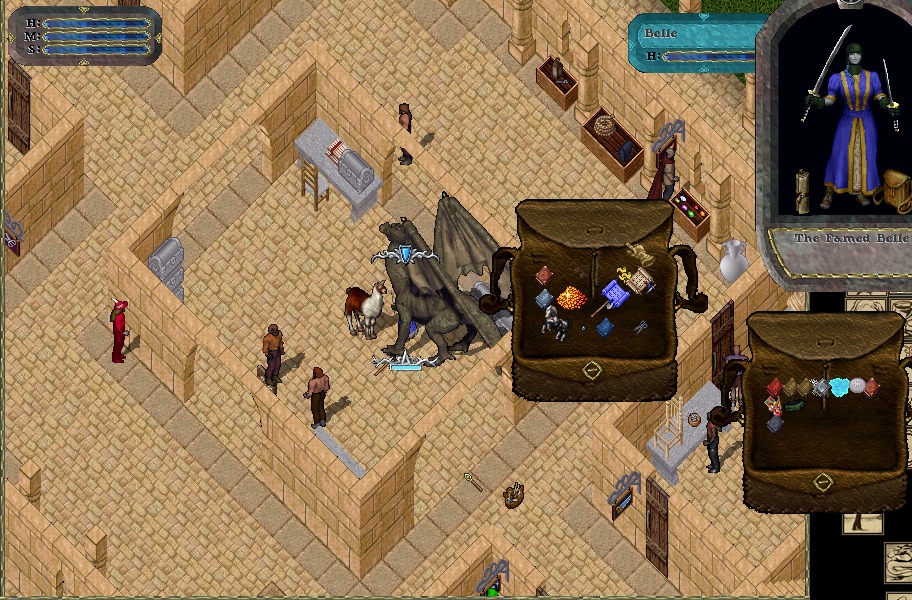 Or did I? As fate would have it the item was temporarily blessed by her god from being just traded. Thankfully her dragon hid me as I was unstealthed and exposed. Even though this moment had to have lasted no more than 5 seconds it felt like I was watching my child playing in a tank of sharks; any moment that valuable could be deposited. I mustered the courage for a second attempt and one rich llama sped out of luna:

Even though I remembered my paperdoll I did not hover my mouse over the item. Since I had to take another printscreen I threw in a couple bags from my room of confiscations for some thief eye candy: