So for a few days prior to this I had seen a character by the name of Teh Hamburgler around, AFK training hiding in Britain bank, and meandering around. His title was never obvious of him being a thief, but with a name like that, go figure... Anyways...

Vanessa and myself decide to make the rounds through Despise, as the past few times have paid off quite well. We arrive to find no spawn has been activated, but alas, there is a lone player dicking about, the possible thief, Hamburgler. 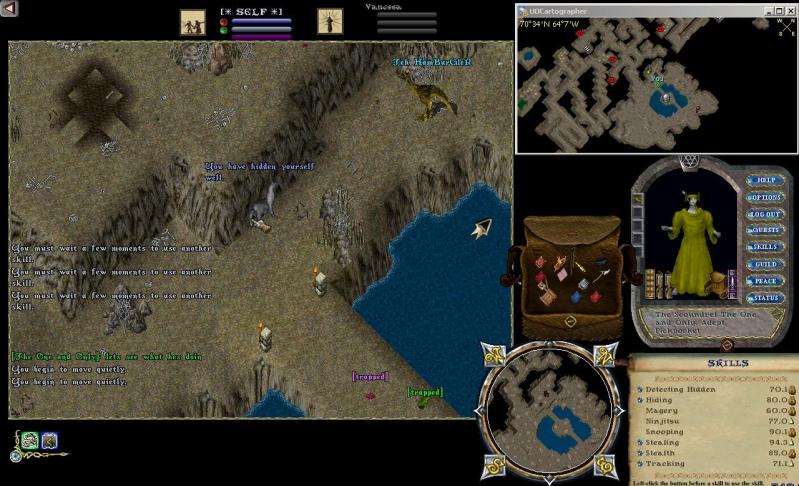 Being curious, as any good thief should be, we begin to rummage through his bag, quite clumsily mind you, we ended up stumbling on each other at least once or twice, and I made the fatal mistake of not checking when I was typing in party which revealed myself, no big deal he sees us and knows were there but continues about his business as we debate what we should do with the character in question, kill? steal? Maybe just let him be as he probably is a thief. 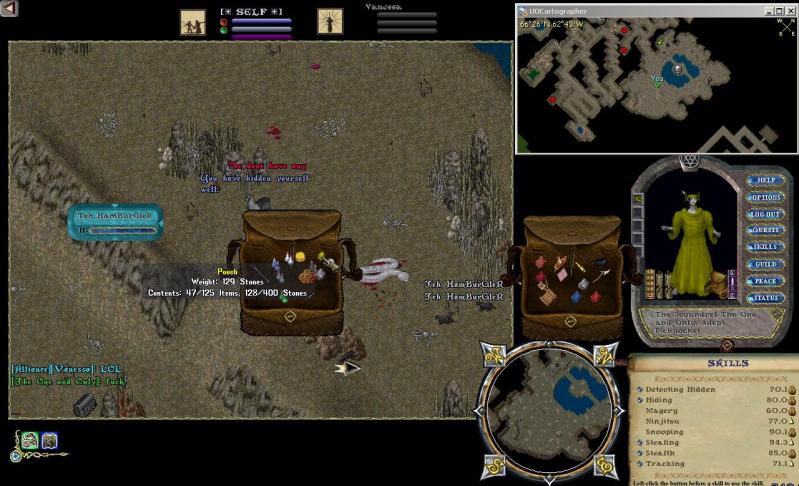 Before Vanessa or myself can figure out what we want to do with Mr. Hamburgler he quickly decides for us, by sending us quickly to our graves with some shuriken and whacking us with a spear. Fatal to a thief with no combat abilities Smile 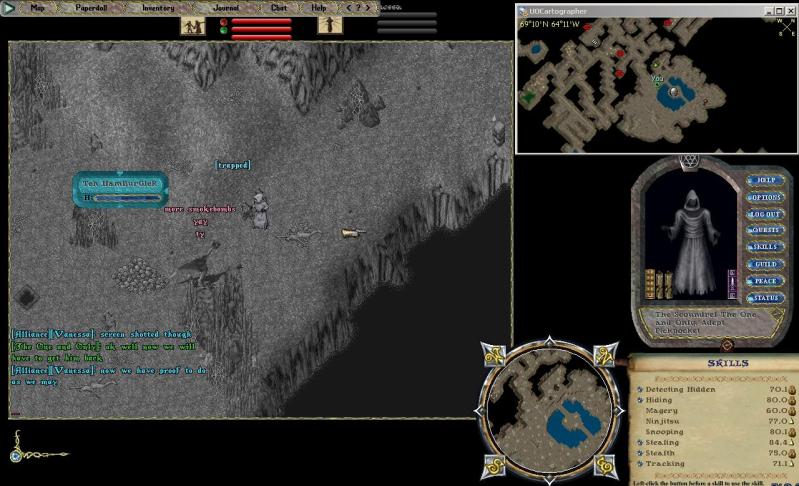 Okay no big deal, I die all the time, it happens, me and Vanessa head back to Luna, res up and again, we run into Mr. Hamburgler at Luna bank, where he proceeds to talk mad shit to both of us as we are following him around snooping his bag trying to get our hands on anything we can as a gimpy form of revenge. As we are following him leading us out of the guard zone (which I already had a bad feeling about) he again shurikens and whacks us to where it's all oOOooOOoo's and a flurry of shit talking comes yet again. At this point he has become my sworn enemy.

After round 2 of Teh Hamburgler shaming Vanessa and myself I sneak back to Luna bank, and as I expected my newfound nemesis is at the bank fiddiling around. I manage to get him tracked without being noticed. 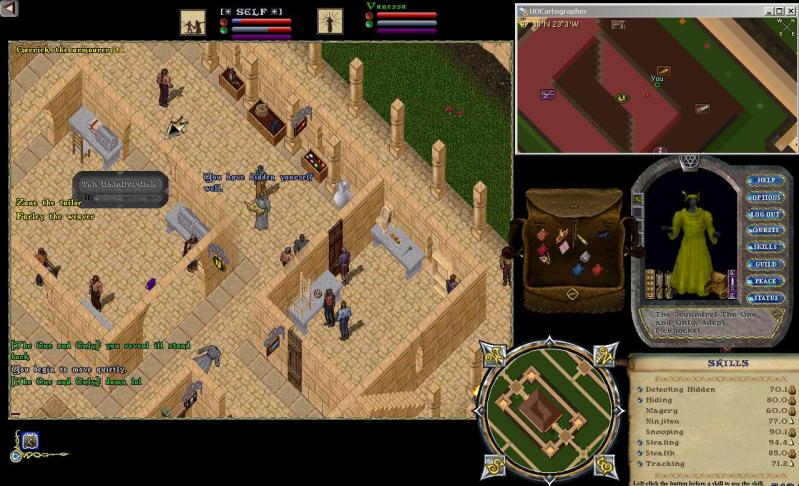 After locking onto him I start to follow the stink-turd sneaking out of Luna, not blowing my cover I follow him doing a few stops here and there, until we get to a secluded forest SE of Luna where he stops dead in his tracks, I give it a couple minutes before revealing to ensure he certainly is AFK.

At this point my heart is racing in anticipation for either a horrible failed attempt at revenge, or fulfilling my destiny to destroy said nemesis. After another minute or so of no movement I decide that I must act! I reveal him, and throw a poisoned shuriken into him... Still no movement, I have him now! 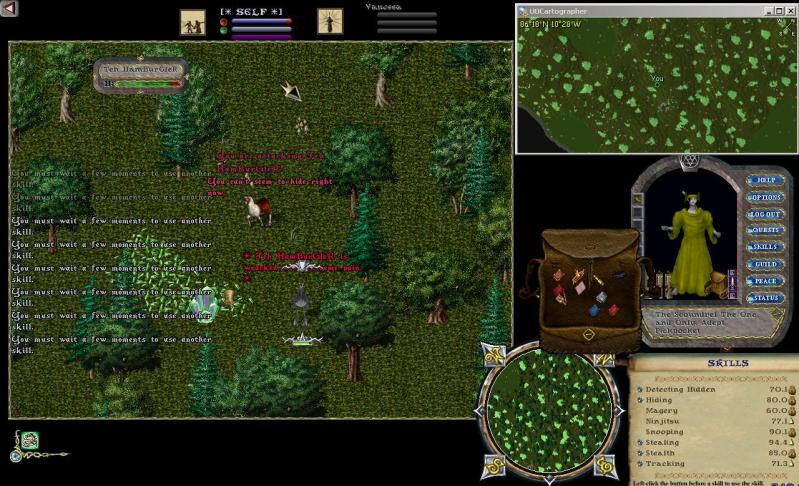 Finally after watching the AFK hit the ground I proceed to return the dry-looting favor and help myself to everything he had.

Didn't make off with any super-rares, but I got 6k in gold and some smokebombs, and of course I got sweet sweet sworn revenge.


-The One and Only