I know some of you have been wondering, "Where did Wavy Go?", or those that read my own site "Where did Nexus go?", well I'm here, I'm alive, I'm well and I've been busy with things outside the thieving world.

Let me start a while back, I had an opportunity arise that cut my shard hopping short at least for the moment. In my exploration of various shards I found that the burning rubble plots in Luna on different shards was being cleared and opened for placement...Now here was a chance to get a house plot that many of us had dreamed of for a long while, so I started waiting, and waiting and waiting. I didn't know when it would happen, just that I wanted to be there when it did. To claim this plot for not only myself, but to steal the joy of owning a Luna House from others.

They day came, others were checking on it as they watched the flames and stone slowly dissolve into nothing and finally there was nothing.

This is what has held me from my adventures around the shards, I brought Nexus prematurely and temporarily to Chesapeake to claim this prize. I've a new thief in training on Chesapeake that will hold the fort while Nexus resumes his travels.

Now as to Wavy, well he's been inactive while this has been going on, and then a bit later while I explored the abyss with friends on Chessy. but last night I decided to pop on Siege, have a bit of wandering around and see what I could find. And as usual my first stop, The Barter Town Mines.

I find evidence of someone working there.

And without a Jesters hat it seems, I'm not going to warn him, there's been enough warnings in the past year, I send a shuriken into his backside and watch him rush off screen. 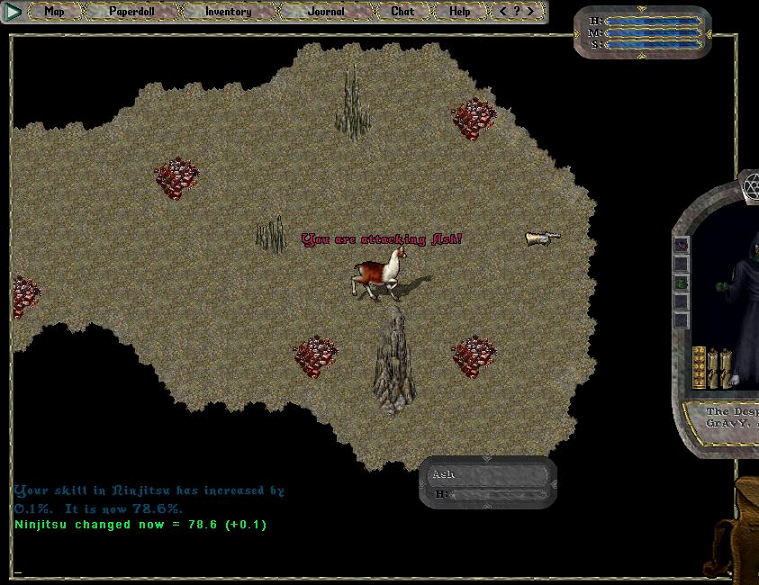 I follow him as he dies, and has no loot of consequence...

And hello Sarah, it's hard to stay hidden while poisoned isn't it? Lets see if you've got anything for me today. 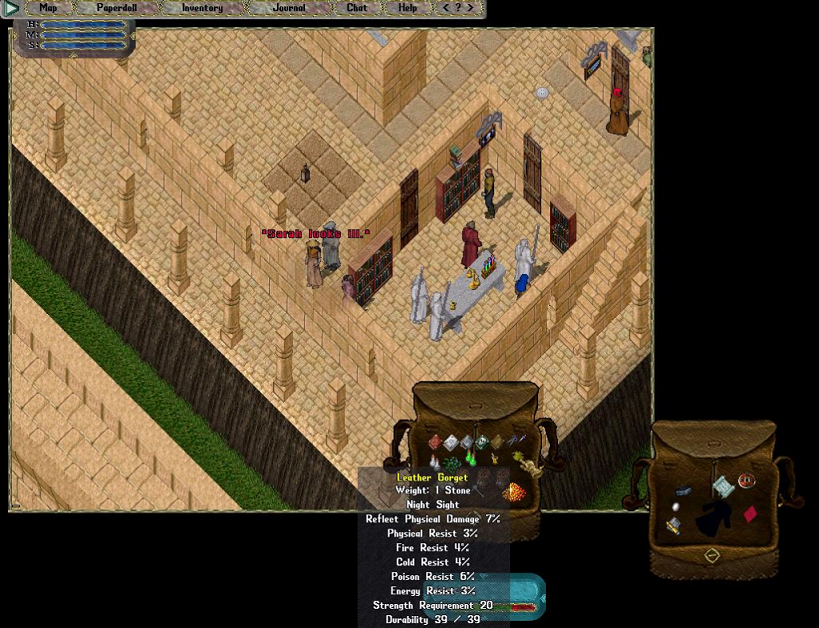 Well you've got nightshade and plenty of it, but that's of little use to me to be honest...hmm what's this ooo a Nightsight Gorget, those are always useful... 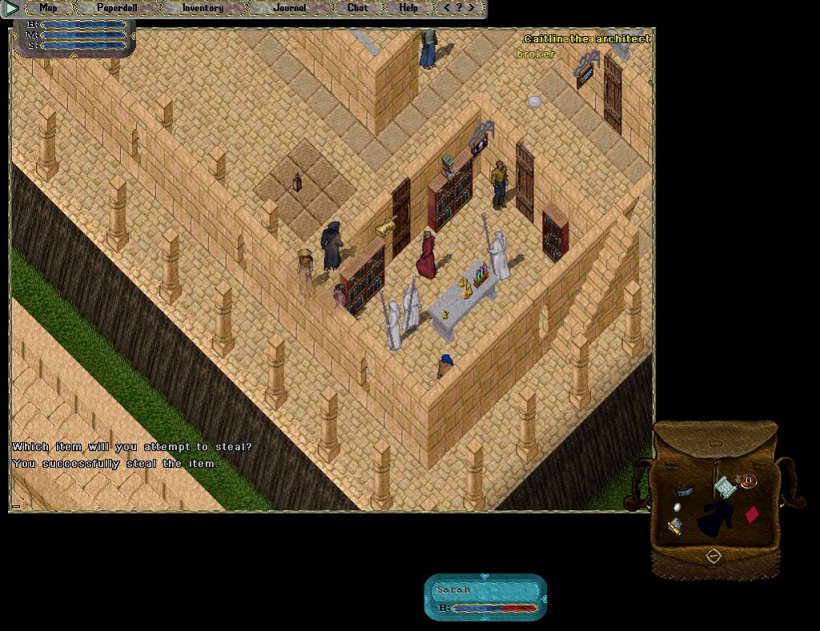 I take it didn't flag and go to see who else I can find...after an hour or so I didn't find anyone, so I decided to go back into slumber til something rouses my senses again.