After hours of training, scolding, rewarding, petting, and bathroom breaks, I have gotten these Polar Bears to attack on sight!
They will be my sentries while I am away, guarding the ore of the Barter Town Mines. No miner would dare step foot in this cave, lest he be ripped to shreds by my terrible companions! 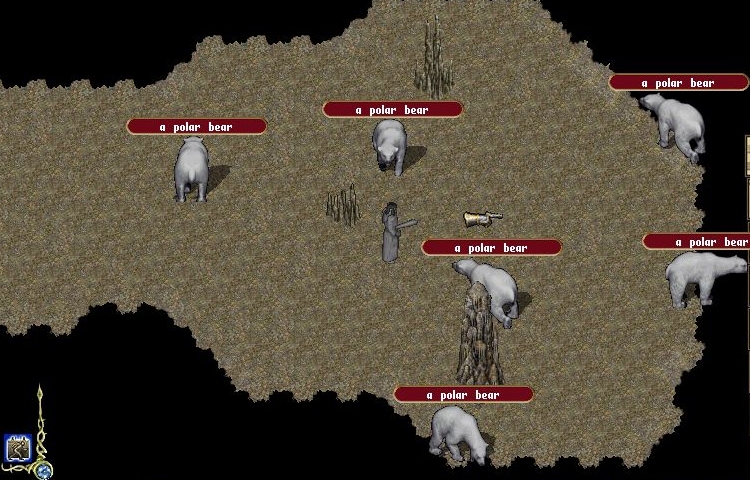 Having secured the Mines, I was free to explore the land in search of adventure! It didn't take long before I found one beautiful unicorn being "escorted" to the Moonglow Zoo on a leash!
This was unacceptable! These mystical creatures are not meant to be imprisioned for mans pleasure!
Alas, I was too far away to stop the transaction between this misguided woman and the greedy zoo keeper.
I decided to enlighten her with blunt force trauma... I don't think a lecture would have sufficed! 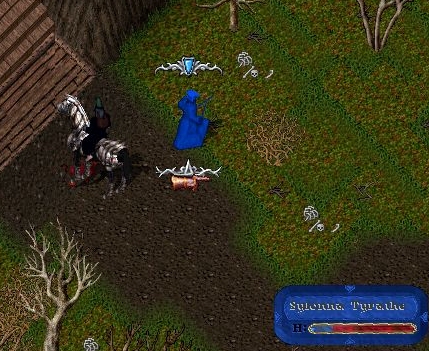 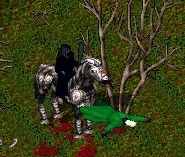 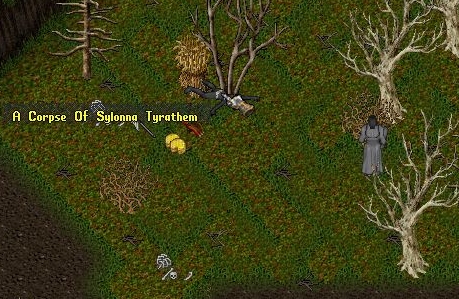 Her friends must have been nearby, they must have heard her cries for help, followed by silence. They came running in the direction of the screams, but it was too late.

It was Sidekick and Bruin! I of course, had to stick around and watch.
Bruin took off in search of his friends killer while sidekick clothed the misguided one. 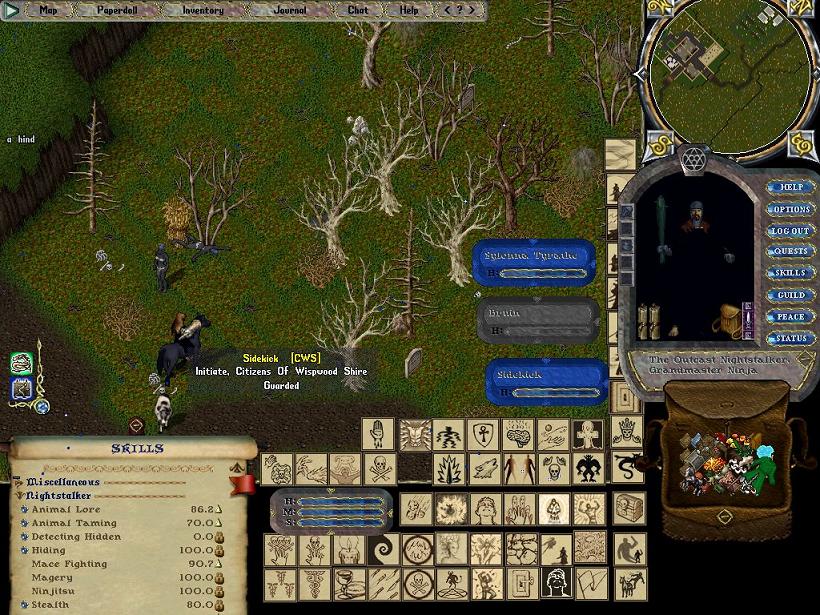 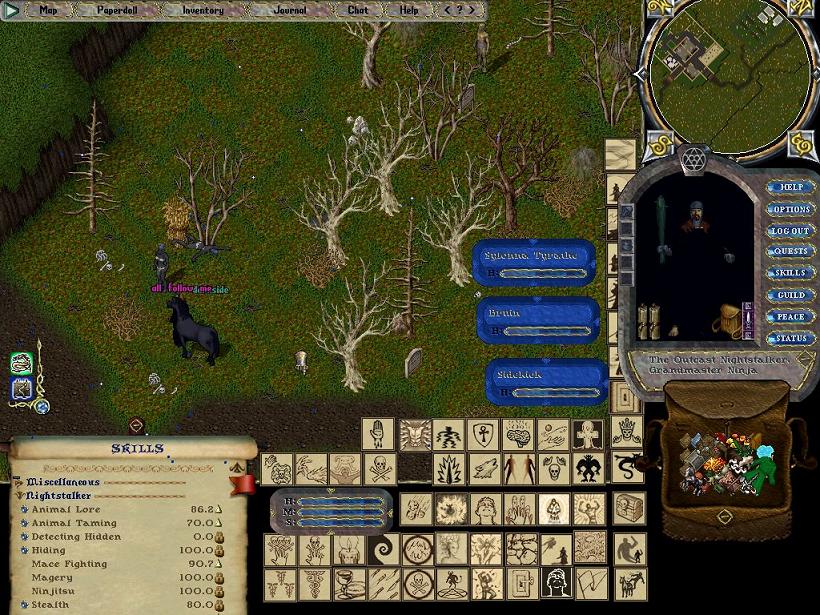 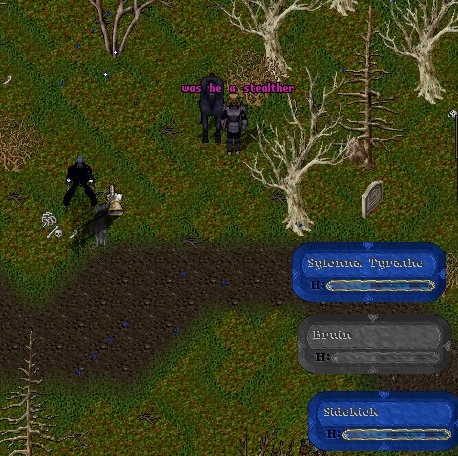 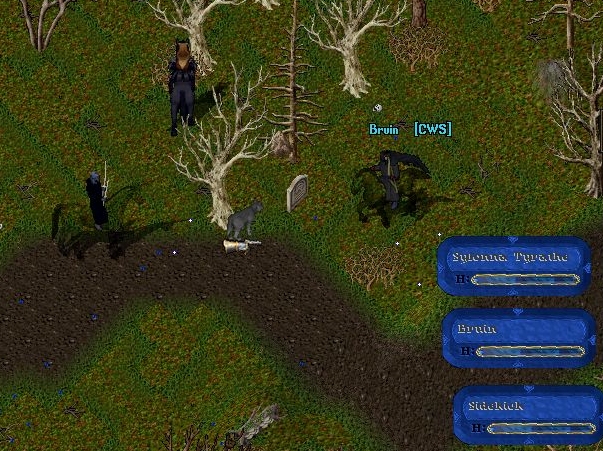 Earthquake after earthquake, they would reveal me, I would toy with them, and they would give chase.
This went on for about half an hour, then I grew tired of it, and went to check on the mines!
Dammit! My sentries were no doubt lured away with a raw piece of meat! The misguided miner who harvested this ore was nowhere to be found. I shall return and catch them red-handed! 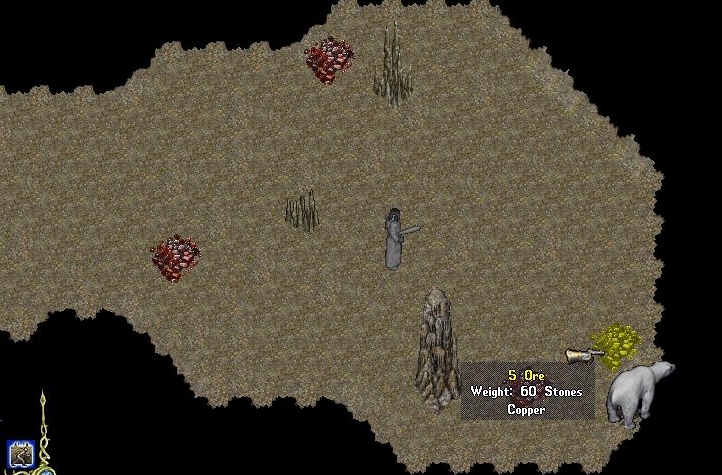 Now filled with anger, I traveled back to the Moonglow Zoo, ready to kill anyone who wished to imprision innocent animals! I certainly don't have an issue with killing them and eating them, using their hides, bones, and fat. There is no justification for imprisioning them for the sake of putting them on display.
Who you be happy if you were the display model for the human, elf, or gargoyle race? ( it can be arranged *evil grin* ) 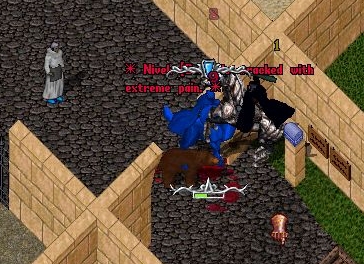 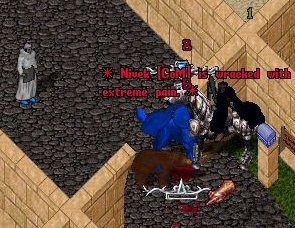 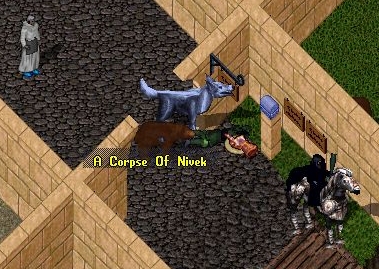 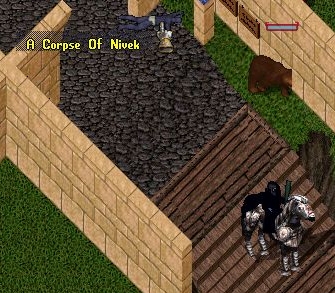 Nivek never saw it coming! He must have been in a trance while counting the gold received in exchange for another innocents freedom.
His pet should meet the same fate as he. I taunted it and it followed me to the cemetary near the zoo. 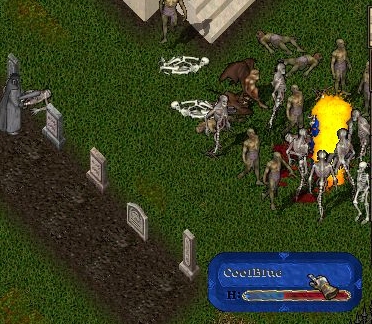 He was grossly outnumbered. The dog managed to kill a few undead, but the liches had him surrounded... it wouldn't be but a moment. 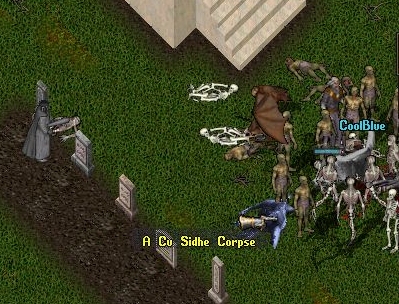 Justice now served, I return to the mines to hopefully catch the ore thief in the act.
I did! And he wasn't wearing a jesters hat!
I readied my Deadly Poisoned Star, and enlightened him with news of his near future. 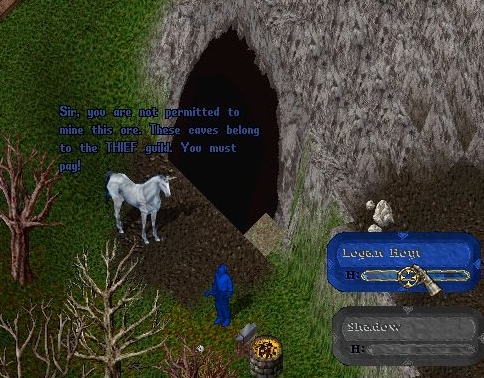 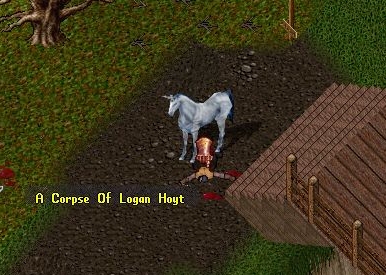 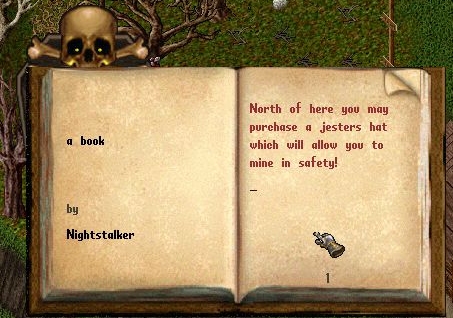 Three misguided souls, all dead. This could have been avoided, had they valued the lives and respected the property of others. Their greed for gold led them to trade living innocents into bondage, and to trespass on THIEF property. Sometimes people just need a little nudge in the right direction. I'm sure they have learned from their mistakes, and are now honest productive members of society.
I'm sure they woud have thanked me, if they could breathe.