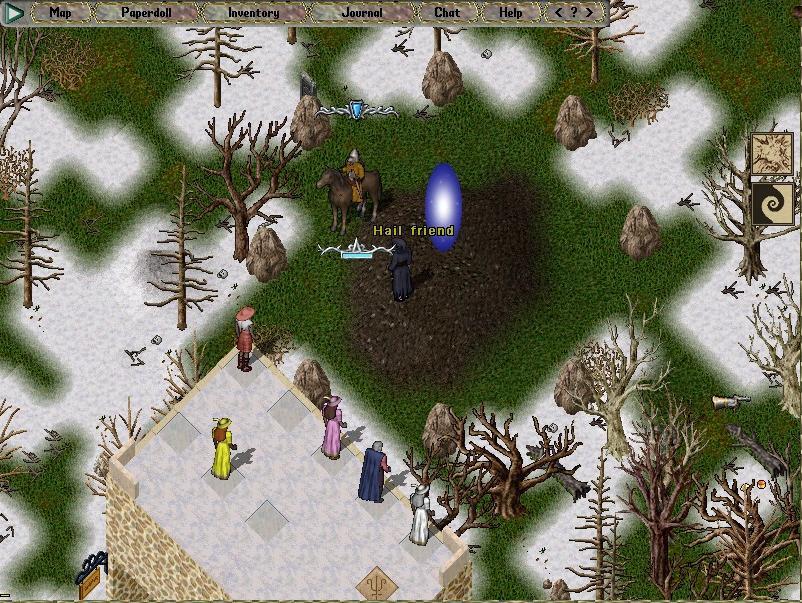 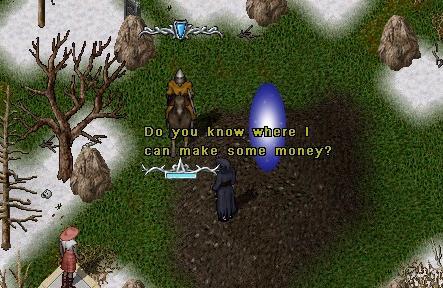 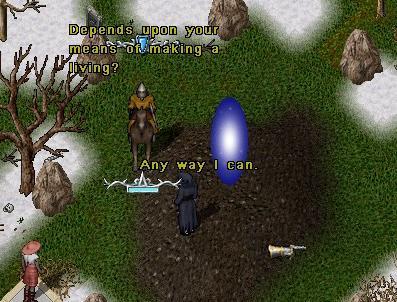 Is there a market for horse meat? 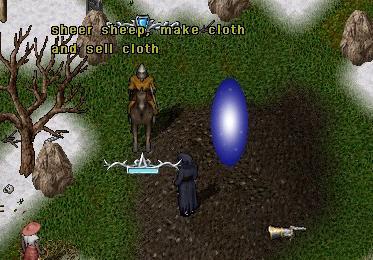 Stranger: Kill animals for their leather, or monsters that roam the land. 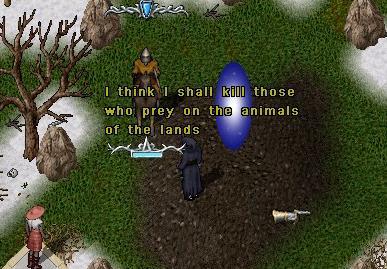 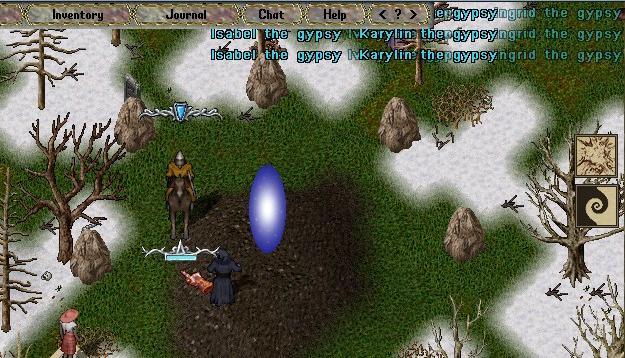 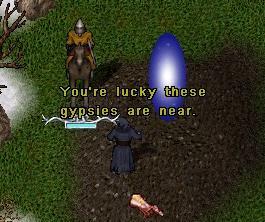 Stranger: Their tears will protect me. 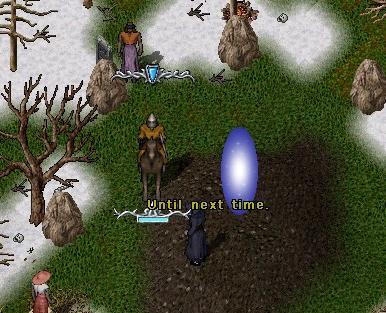 I had to make some money. I traveled to Luna. 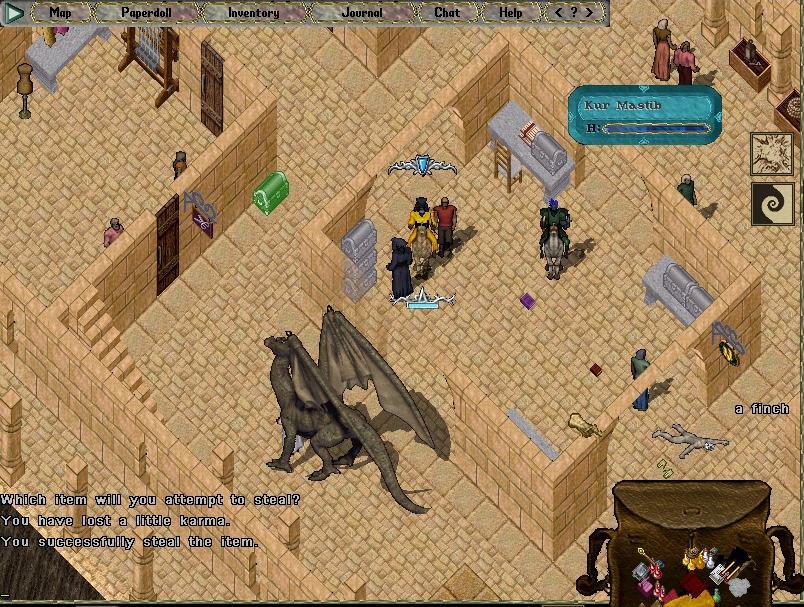 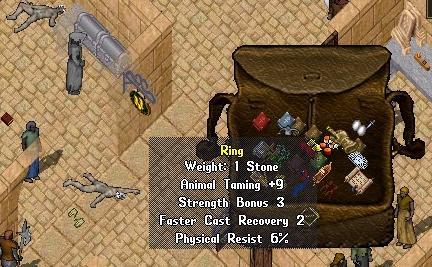 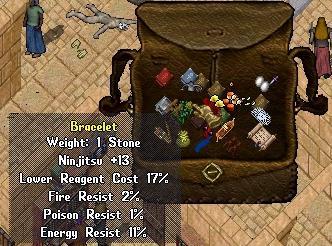 These small grabs were not going to keep me fed. I spotted something else..

The chances of finding a ship in all the lands were very slim. I had to think like a boat.

I ran through the moongate. 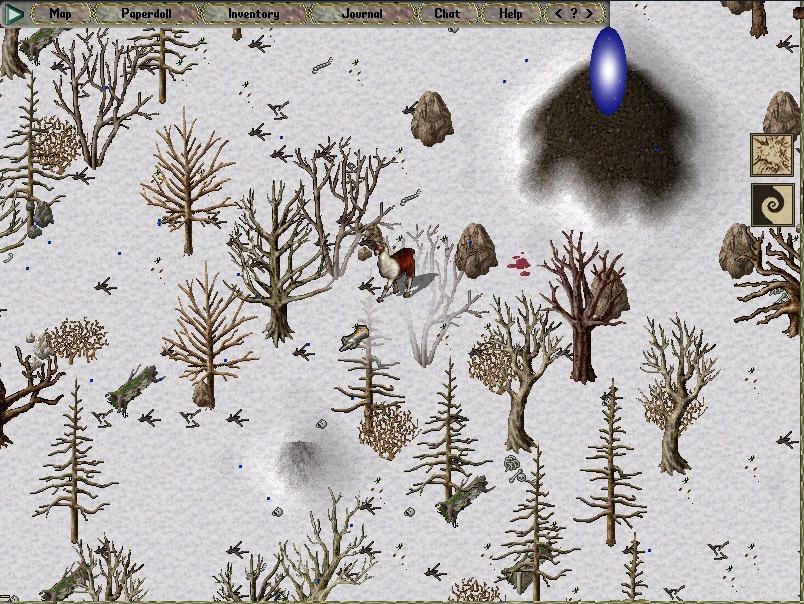 Behind me I heard the sounds of people coming through the gate and into Skara. 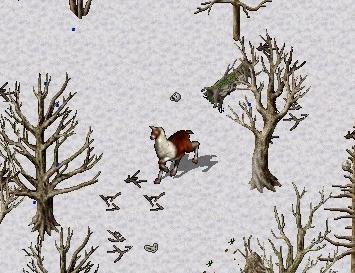 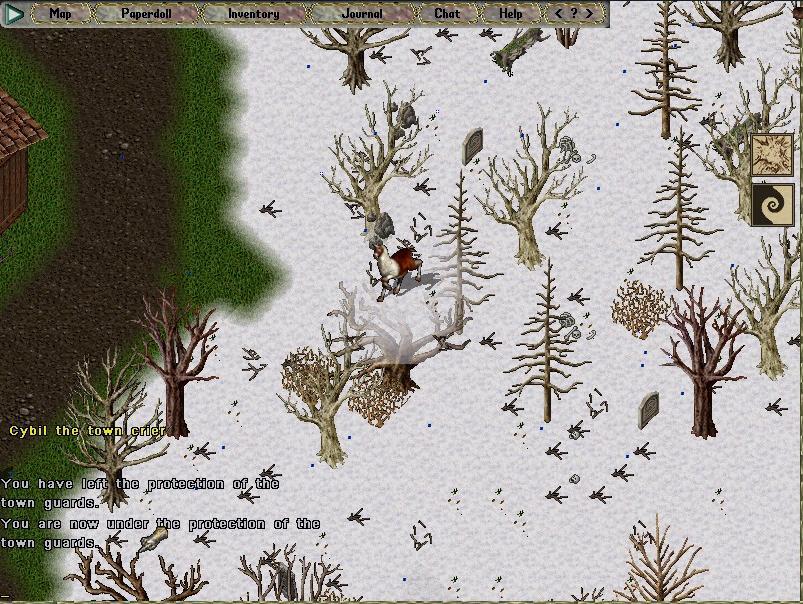 I reached the dock. 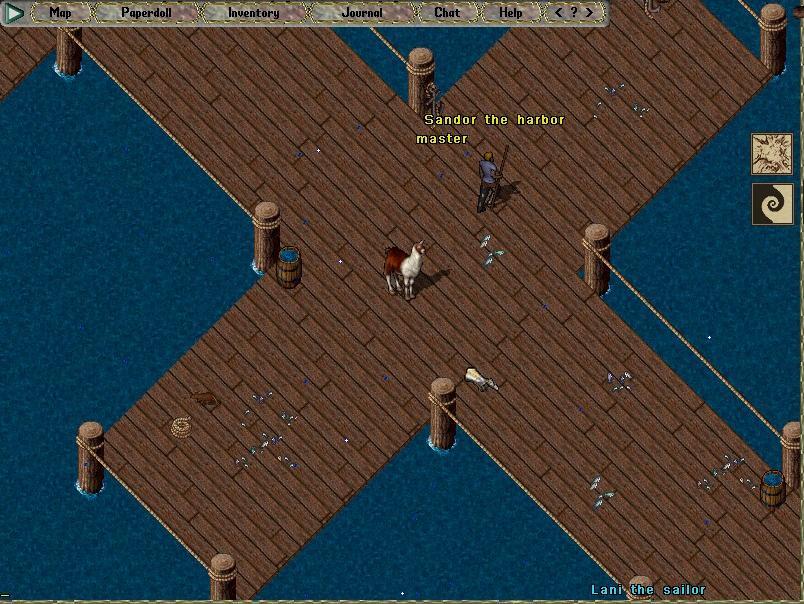 No boat... I was about to give up on this town until I checked my map. A second dock! 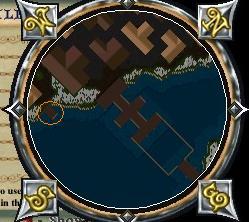 An orc ran past, and the cloud of stench made me sick a little in my mouth. Then I saw her. 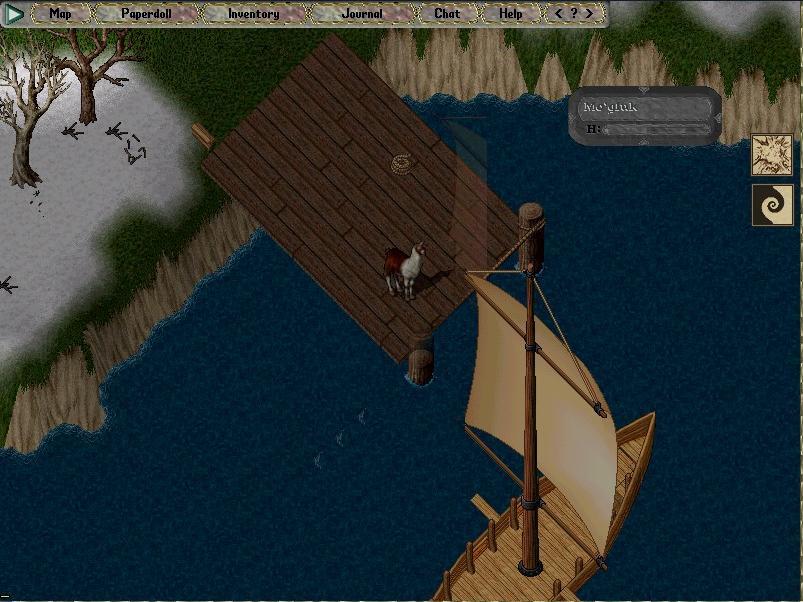 I dry docked the vessel and went behind a building to get a close look at it. 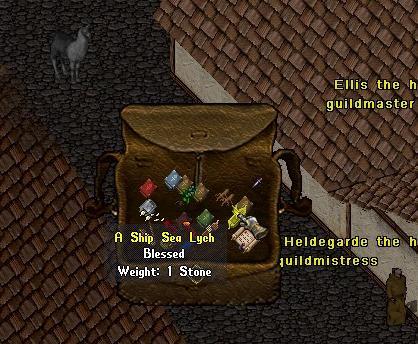 Feeling satisfied at my free boat, I went to the docks to find the owner.

I saw two fellows looking quite dumbfounded, and I knew what they were searching for. 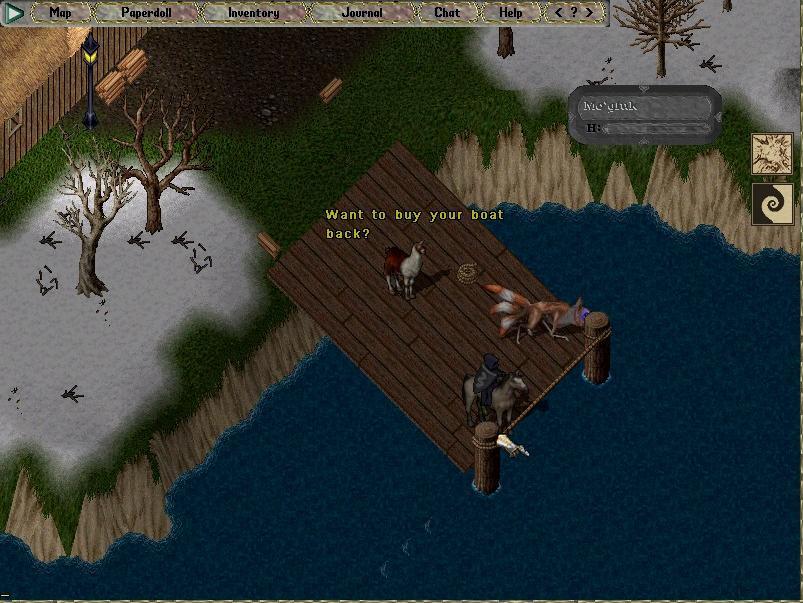 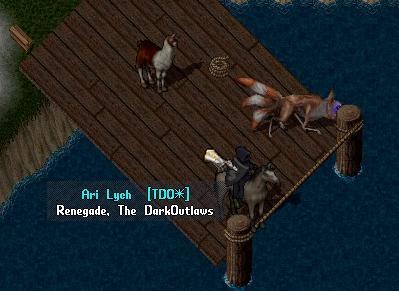 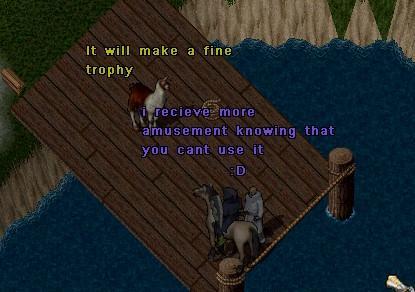 Did he think his nonsense would confuse me?

For some reason these men wanted to party with me, no doubt to get me drunk and make me the star of a llama show. 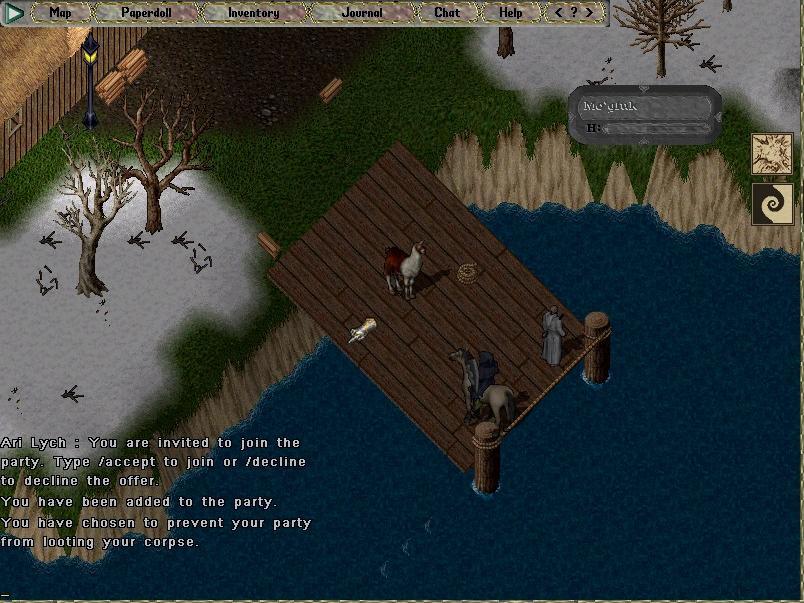 Ari Lych: That's a fine trick tracking us down. Sweeney: I did no such thing. 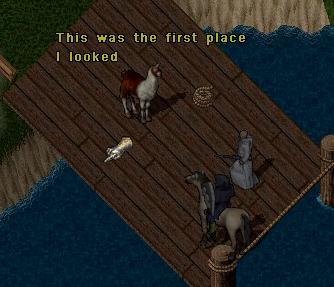 Sweeney: What is your offer? 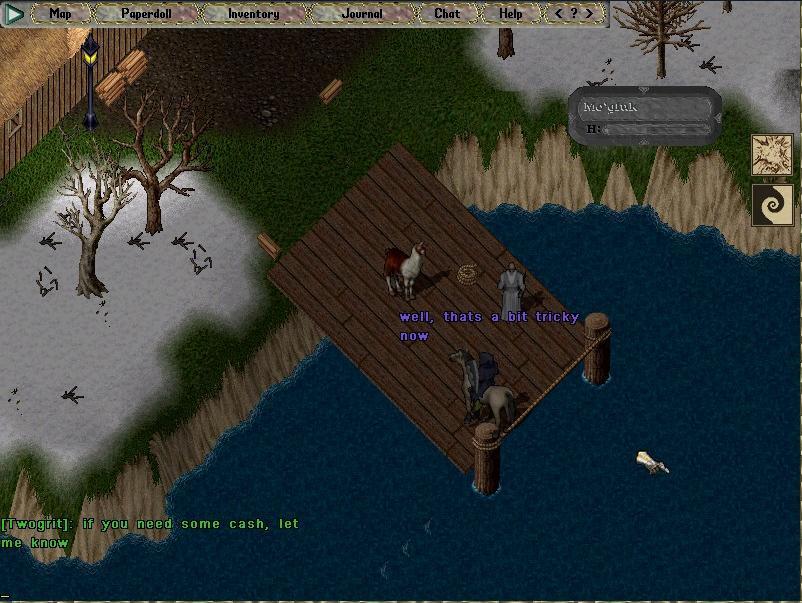 Twogrit must not have known I was partying with the two of them. I deduced Ari Lych had a plan of his own which didn't involve giving me gold.

Ari Lych: We are going to have to barter. 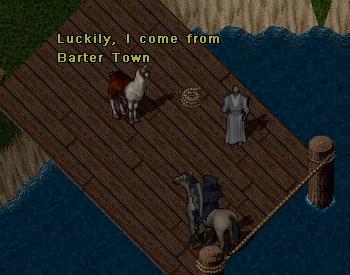 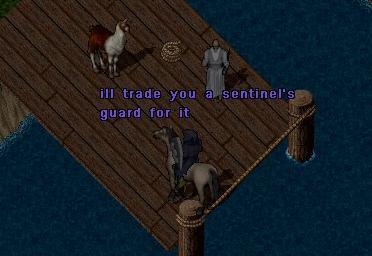 Sweeney: What is this Sentinel Guard?
Ari Lych: An Artifact shield. Like Blackthorn's Exemplar only rarer.

I checked my booklet of items and read that the Sentinel Guard was not valuable at all. 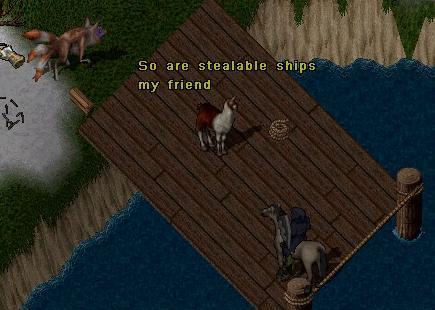 Sweeney: I'm afraid I must refuse your generous offer, as I only accept gold.

And with that, I sailed off towards adventure.