Episode 0241: Piracy on the High Seas


For the first time in years, the oceans of Britannia are teeming with new life. To a thief..this did not go unnoticed.

First things first though, this will require some new clothes. 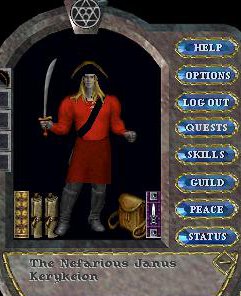 That will do nicely for now..

After giving my newly christened pirate ship, the "Revenge" a new paint job (dark red), I prepare to set sail. Moored in Buccaneer's Den, as any good pirate should be, I load up with supplies (mostly booze and lobster traps) and prepare for my long voyage. My target today would be the newly opened docks of the Sea Market, sure to be ripe for the picking. (and, thankfully, devoid of guards, truly a paradise for thieves and ruffians) 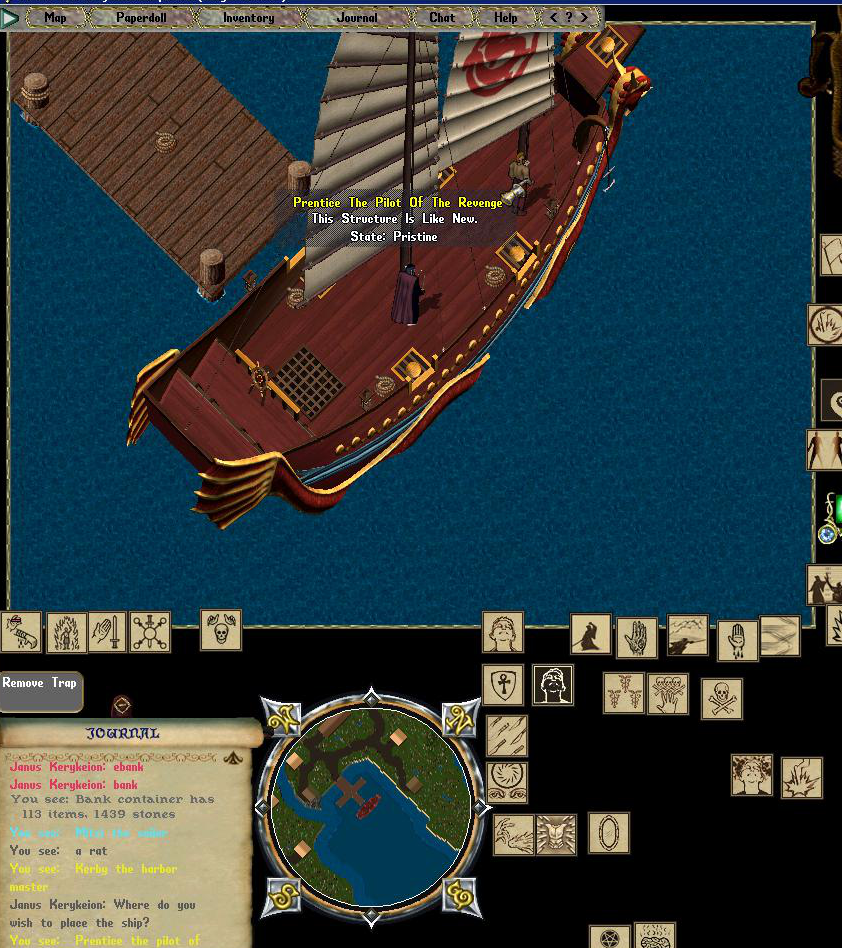 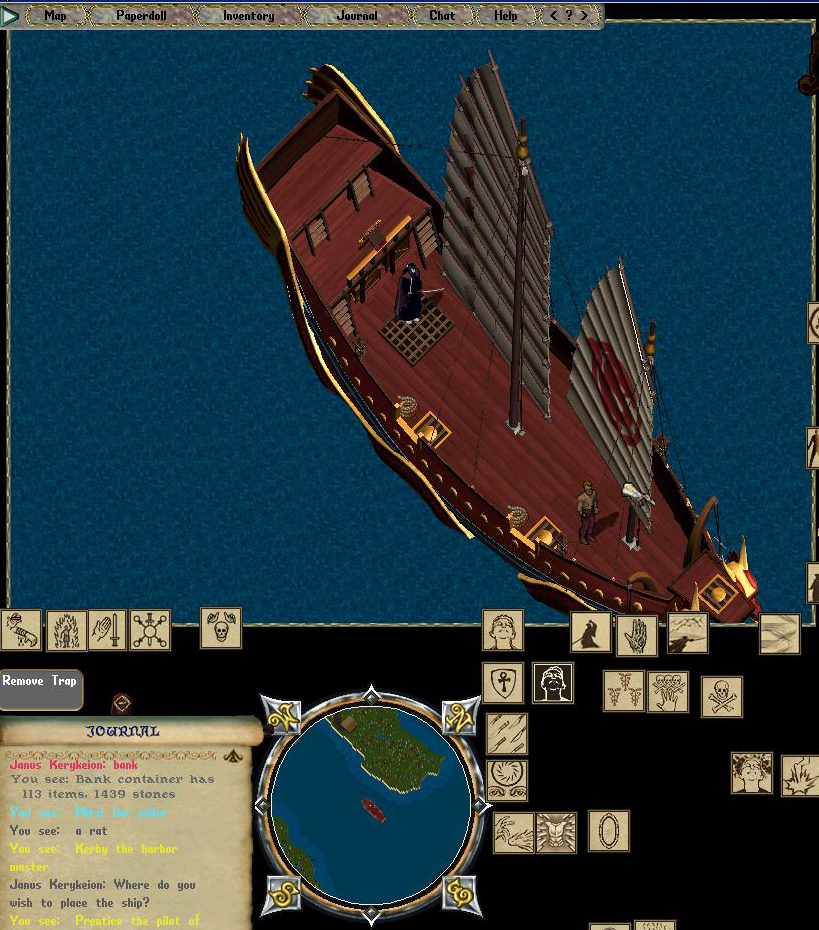 Arriving at my destination, i spot a few other vessels nearby, I come in carefully on the far side of the docks to not make my presence known as of yet. 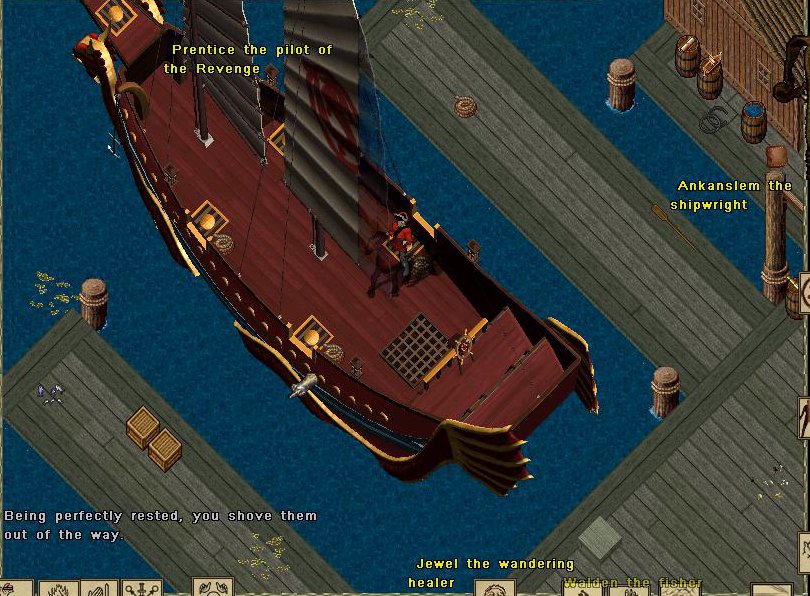 Poking around a bit I find a ship with the mooring lines trailing and nobody around watching (aside from the owner's pet dragon). I carefully climb aboard and take a peek around. 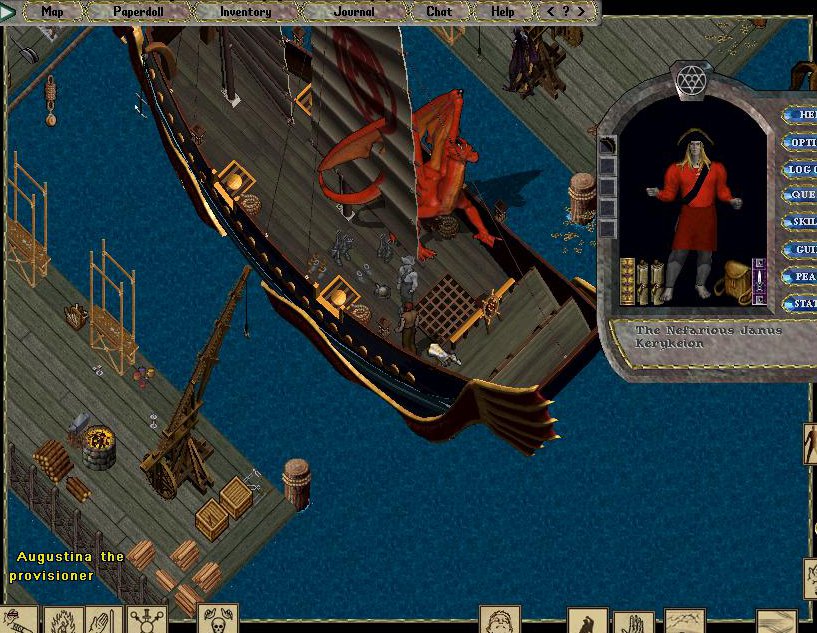 Nothing but shoes (must be opening a cobbler shop), having cold feet myself i help myself to a pair and slip back off unnoticed. 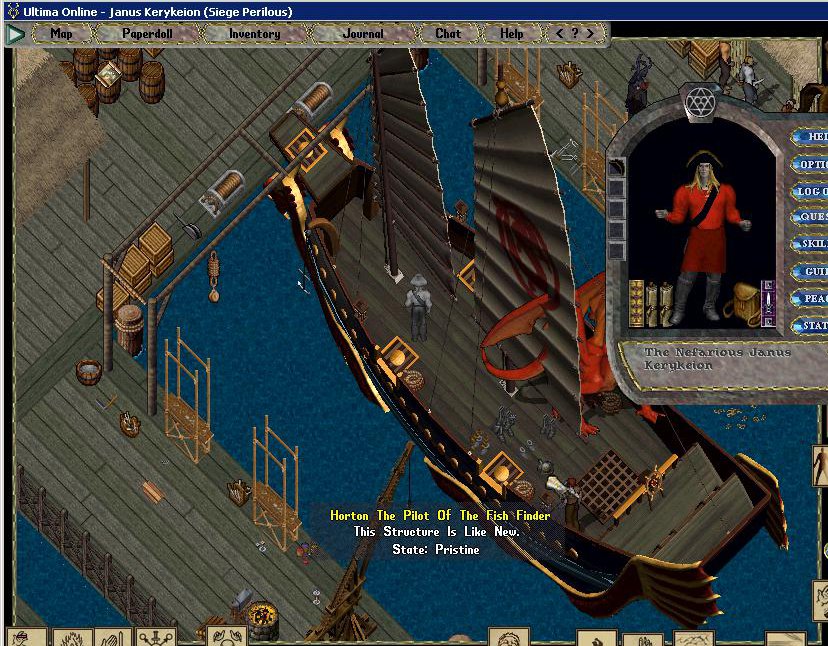 Some commotion near the northern end of the docks...a mage has opened a gate to allow a few friends through. I notice three more unattended backpacks nearby, carelessly thrown over someone's shoulder. I begin to inspect for any dangerous objects that should not be taken onboard such fine craft as the nearby ships. 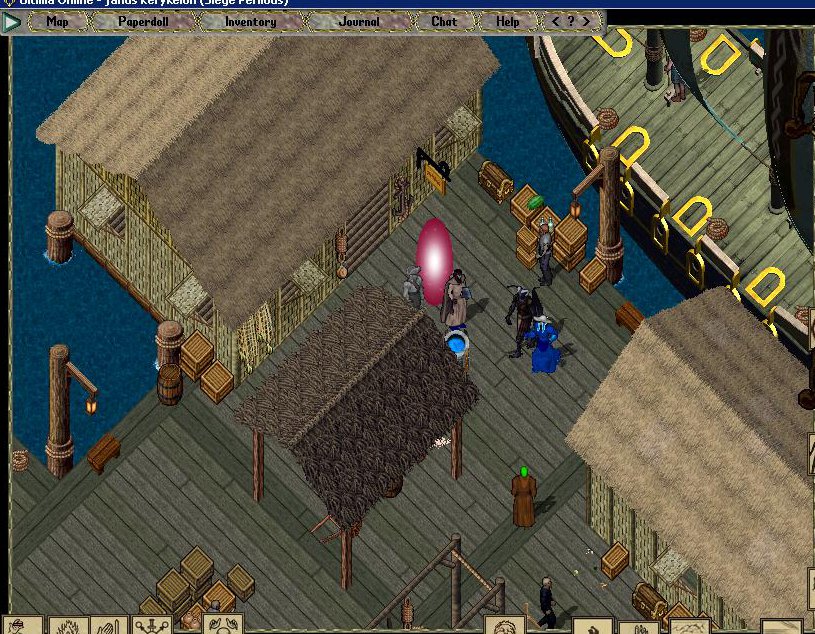 Something of interest instantly...the mage himself seems to be carrying 2 messages in bottles! Has he no sense of urgency? There could be a ship in trouble! These need to be inspected immediately. Selflessly, and without second thought, I recover the carelessly tossed aside pleas for help. 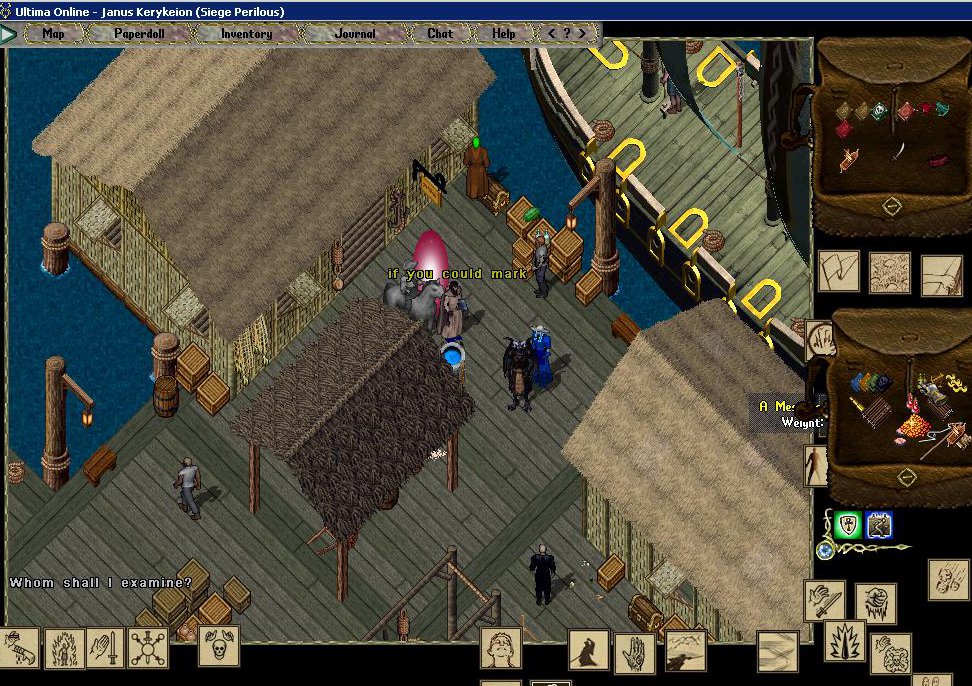 Hours old... if only the mage had acted sooner those poor people and their poor backpacks could have been saved! Crying for the dead, I take an oath to recover what is left of these pour souls and their cargo, so that they may finally rest in peace. 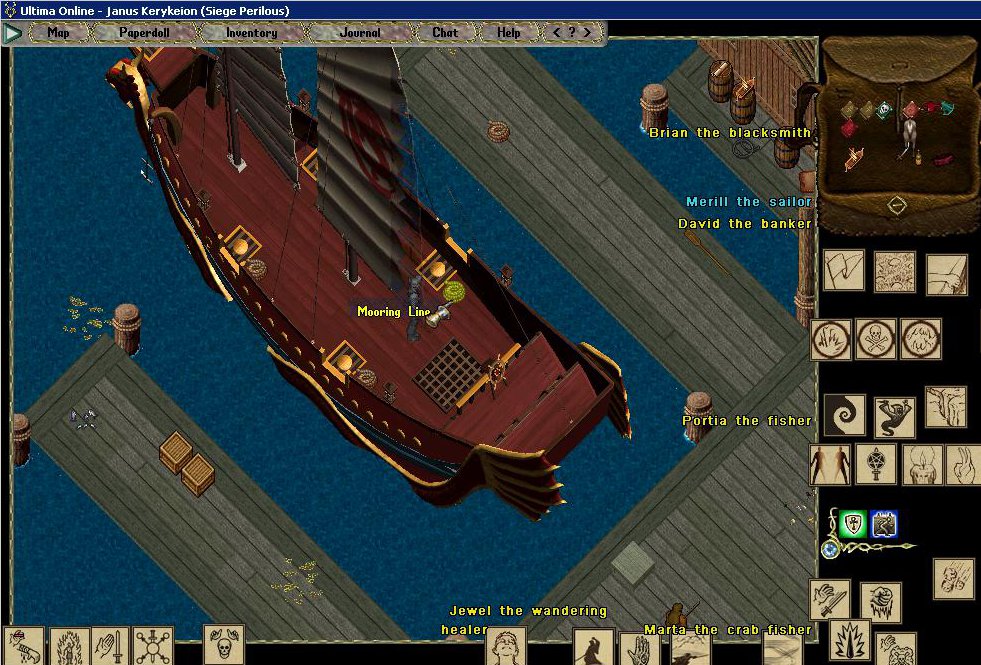 Nearing nightfall, I begin to sail back to my hometown of Skara Brae, I make one final swing around to confront my hosts and thank them for their hospitality. 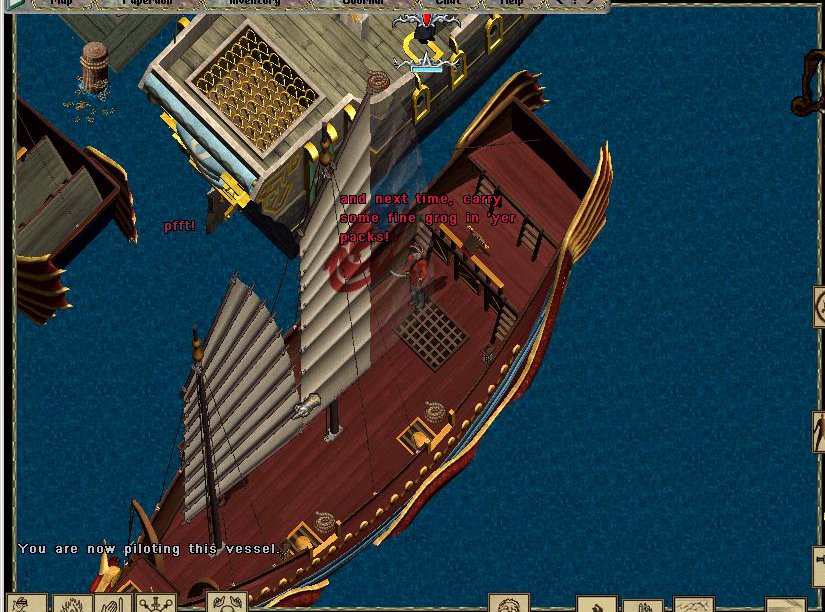 Onward to the open seas!