I had been away a long time. Many things had changed. Umbra had been my home for the past months. I liked this town.. the fresh pastries, clouds blocking out the sun, the air of chaos and death. But something was missing.

I longed for someone's blood to run through my fingers. For the first time in many moons, I went to Luna. And just in time to hear someone mocking my kind. 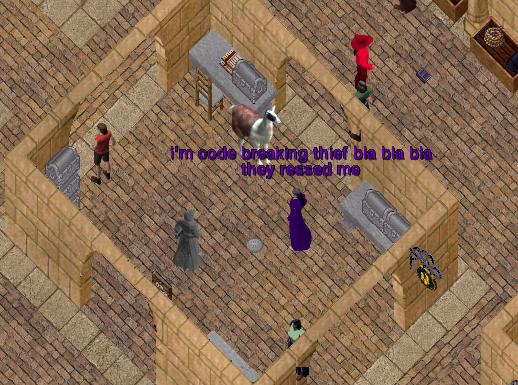 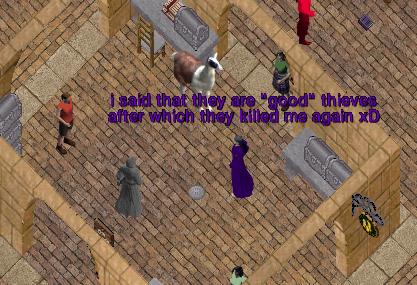 Good job! But he still hadn't learned. He started mumbling about why he said they were "good" thieves.. and it wasn't because of their skill. 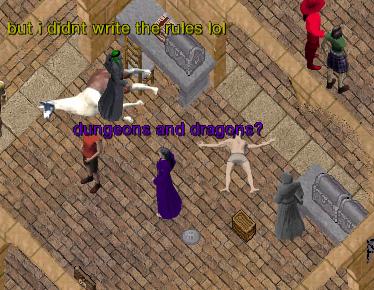 Dungeons and Dragons.. good, neutral, and evil. Alignments!
He was insulting them!

Ah, but who is this fiend you say?

Dieaxilus, who had just ended his tour of duty with my friends.

Enkil Visigoth was there.. I don't know why. Maybe he sensed something was going on.

Dieaxilus grabbed the box, and..

Luckily I had a backup plan. 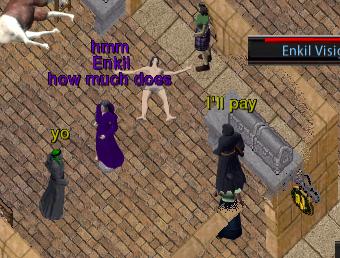 It seems that Enkil was offering him a fig leaf..

Dieaxilus: Not. (trying to get back into THIEF's good graces, that is)

A million gold?! Maybe he was onto me. He was taking an awfully long time. 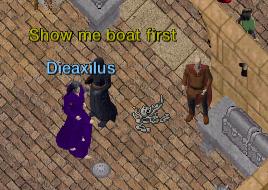 The lag hit me so quickly and lasted so long that I didn't know what was going on. Suddenly everything snapped back, people jumped over the screen.. I was seeing doubles. But then I saw him. 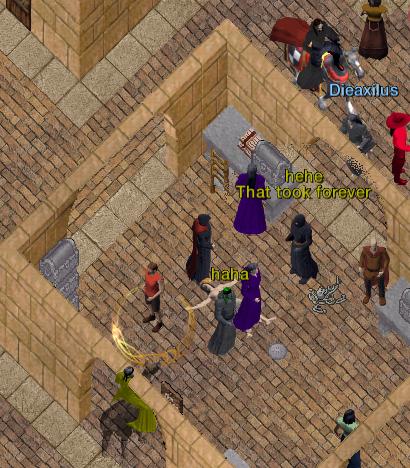 Once I saw the gray robe I knew it was okay.

It was a good day.