Episode 0351: Big thief or a sorry excuse for a person?


For me playing a thief is not about gold. There are lots of other occupations that bring in a far more reliable salary. And probably, for most people, a greater overall wealth.
No, for me, thievery is all about the experience. The unexpected, the interaction, the chase or reaction. Stealing 120 scrolls might be good for the wallet, but if no one noticed it where is the fun? A chase and some curses can make a stolen treasure map far more valuable to me.

Some probably think of me as a griefer, getting off on ruining other peoples gameplay. But I don't see it that way. Sure IT IS absolutely hilarious when someone goes ballistic in general chat. Tears and rage is one reaction that can be fun. In some dark and twisted way perhaps. But I enjoy it even more when people can take it with a laugh. When people say it's fun having me around, that it makes them think that extra step. I collect screenshots of both people saying they hate me and people that say they love me. I do it for the fame!


With that said, here's a story featuring a guy that most definitely doesn't like me. Please welcome Garfield from Gilfane!

We begin todays story shortly after I woke up for the day. After exchanging pleasantries with the neighbors I turn to patrolling the common grounds. Check for easy pickings first I say. Soon I overhear talk about an alacrity scroll that might be up for sale. Someone that wants to learn the fine art of removing traps a little faster than normal.
This really gets my attention for several reasons. For one it's the first opportunity of the day. It is also a scroll that sells for a bit more than many other. And the person that has it is Garfield. You see, I've ran into this man before. I have stolen from him before. And he's one of the guys that will not quietly accept the loss of an item.

With the "where to meet" question still hanging in the air I mentally ready myself. Breath in... Breath out... *cracks knuckles* Last time I met Garfield it was in Zento. I'm guessing he's like most people, a creature of habit, so I go to Zento in advance. 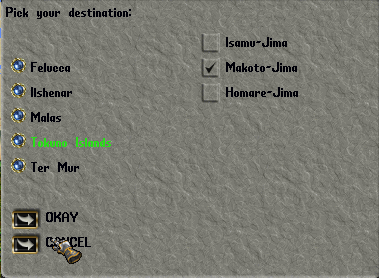 But trouble brews. I'm beginning to suspect there are spies somewhere. As far as I know, no one should know that I'm awake. At least not anyone I don't trust... Maybe I'm too trusting?
This is not the first time this happens and I make a mental note to investigate this further.

With my cover blown and a mark that seems to understand the risks, I give up. I have no intentions to continue my pursuit at this point. Well played Garfield, well played indeed.

But wait! Doesn't this sound like he's going to meet him there? And what harm could it do to just check it out. There might be other people down there. Or Discovery might even have something shiny in his pockets.

When I get down to the NEW2 guild house in Magincia not a single soul is in sight. Did he mean another house? I don't know. Either way, I make a few passes around the houses. Since I'm already here and all. But what do you know? Lord Garfield is here! But for sure he does not have the scroll on him. No way! 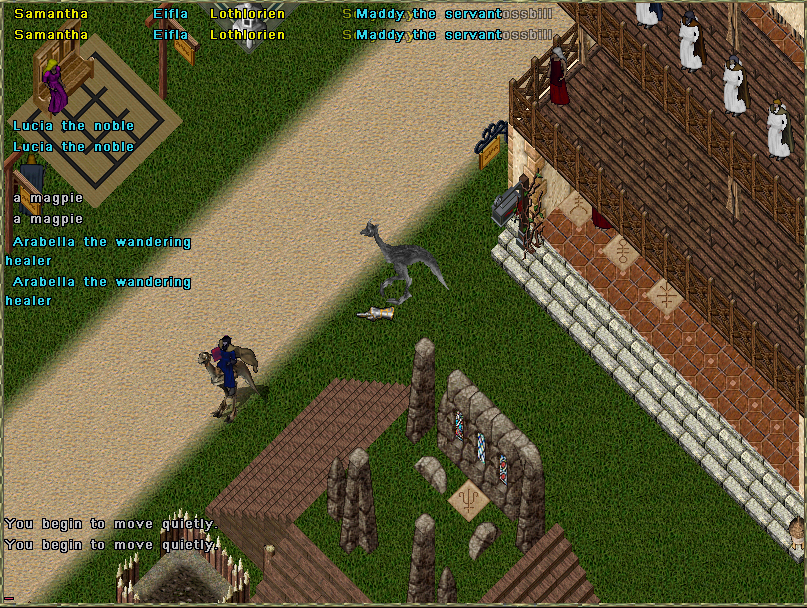 While chasing Garfield around a bit (he seems to remember that I heard them talk) I spot another man standing there, Eifla. And now I'm really torn, who do I follow? They go off in opposite

I decide to follow Garfield. Eifla looks a bit scrappy and my guess is he do not carry anything of value. Plus There is the third person left in the equation, Discovery. And maybe, just maybe, I can still get a shot at the scroll.
Garfield runs inside the NEW house and hides. But not before I get his backpack open... 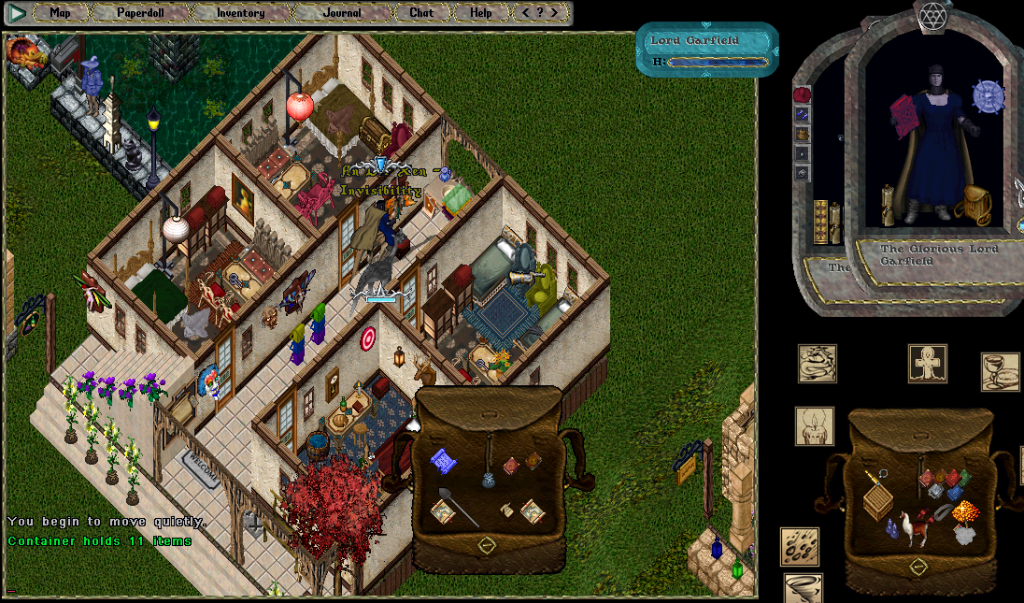 *Gasps* There it is!

Now I just have to wait until he moves. And I do, and he does.

Target aquired! Now it's only the actual steal left. Er, it would be easier if you did not move around so much sir. 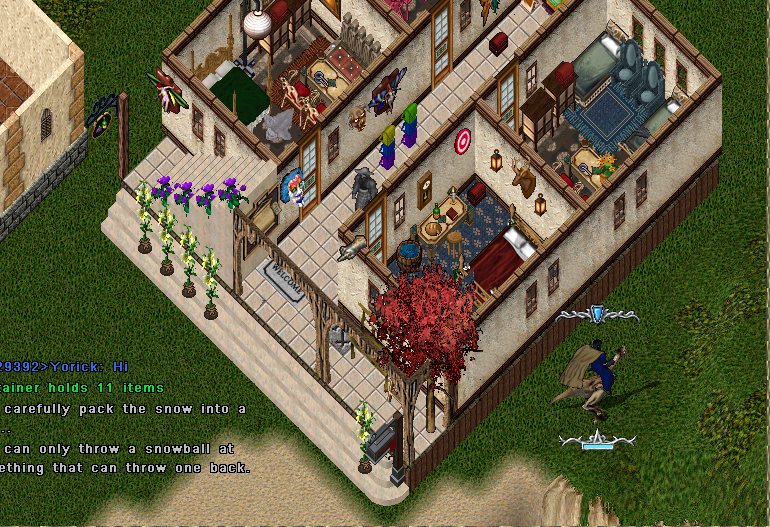 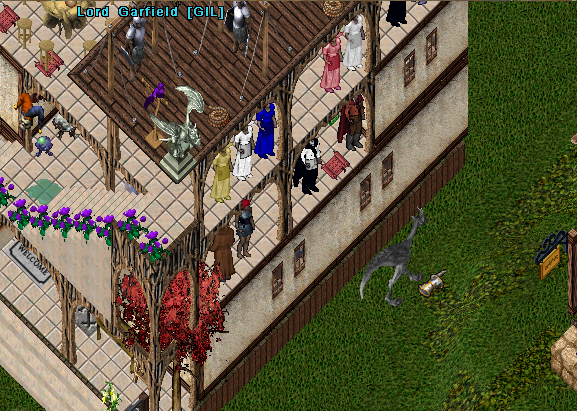 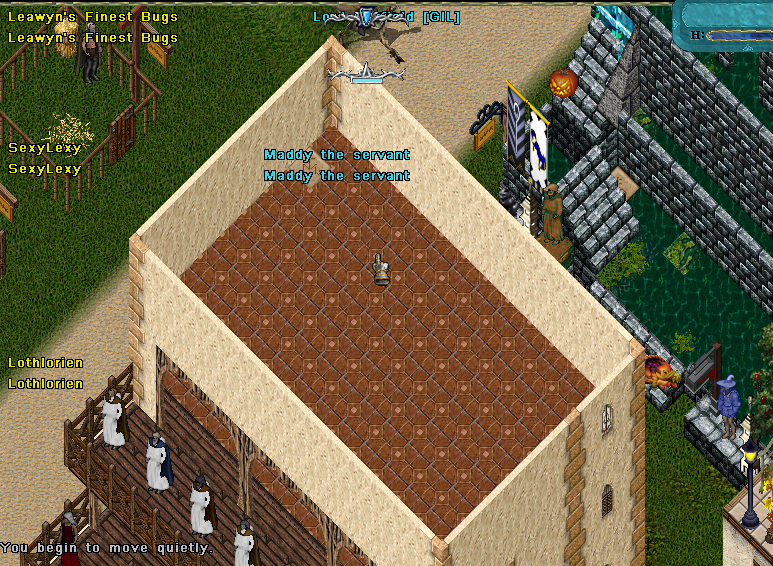 Finally he stops long enough for me to get in close. It's only for a second, but it's all I need. Yoink! 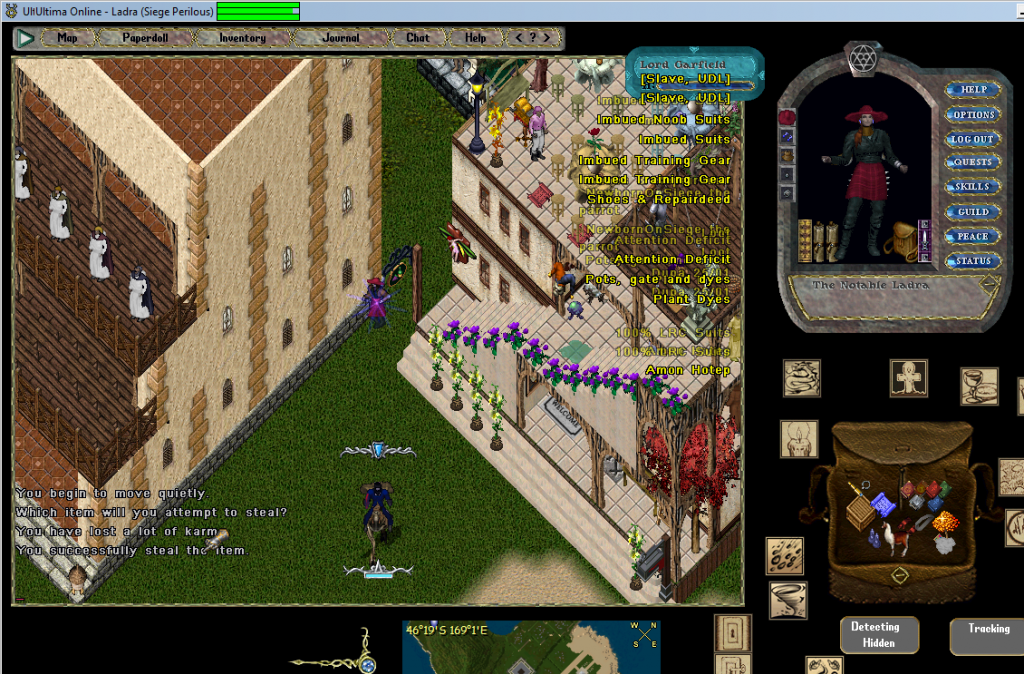 Garfield. For quite some time. Given past experiences with him I can't help myself from giggling at the thought of him screaming into a pillow somewhere.

But he can not keep quiet forever.

So am I a "big thief" or a "sorry excuse for a person"? I guess it's in the eye of the beholder. And it represents the two extremes of the spectrum of reactions that makes stealing fun for me. I do it for the fame!

PS:
I DO love you Garfield. I love you all!