Sometimes people try to outsmart us thieves. But to succeed you have to be smarter than the thief. And you are probably not. Some people will claim this theft was based on luck alone, but it was not. People create their own luck I say. This theft got pulled off because of extensive behavior analysis, carried out over several months. And maybe a hint of luck, but that was my own creation, yeah that's it!

I wake up and immediately I hear whispers about a man called VicTorii. He is apparently looking to invest in a stat scroll. Sounds awesome!

Now where would you be if you were named VicTorii? Right, Luna bank. 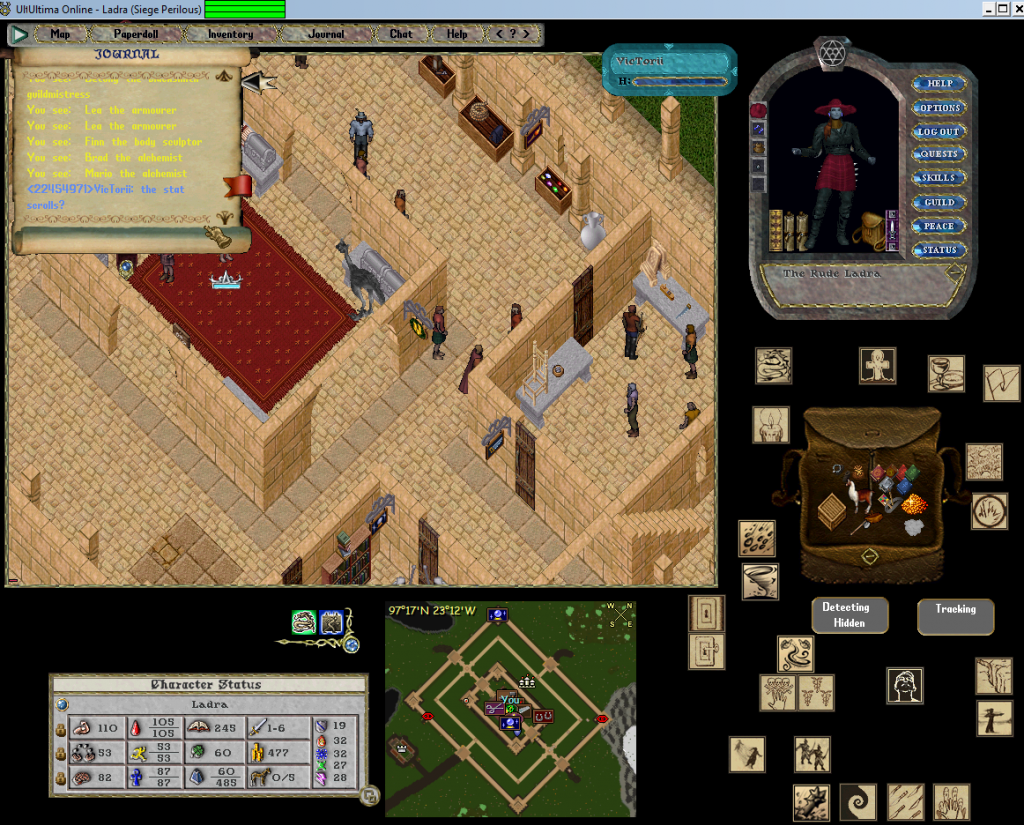 And lucky, er, smart me! Anthony wants to sell some. Oh how I hope VicTorii buys the one for 400. 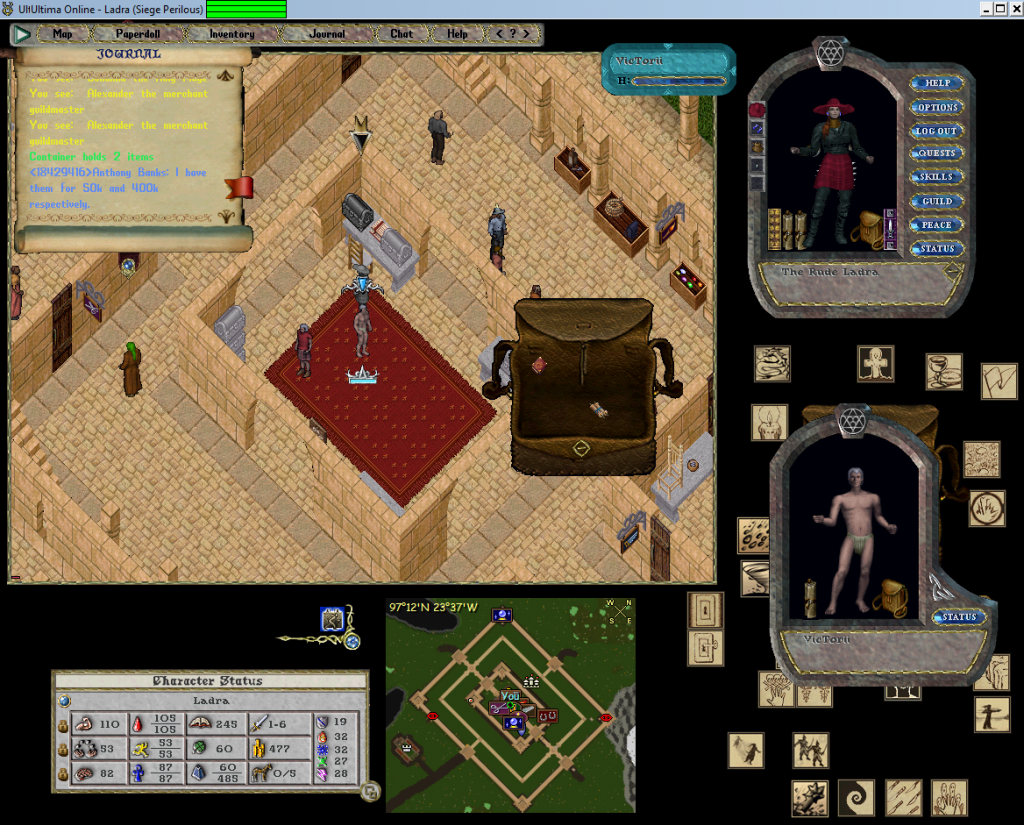 Excellent question! This will be so easy... How hard can it be, stealing from a naked guy, at Luna? He doesn't strike me as the most cunning of characters. But what if he gets help with the thinking? Let's see what happens next.

It takes Anthony some time to answer the question. Maybe he too lacks some grey matter and can't remember if he has a vendor or not? MY guess is, if have one it will be in Magincia. So I start walking down there. 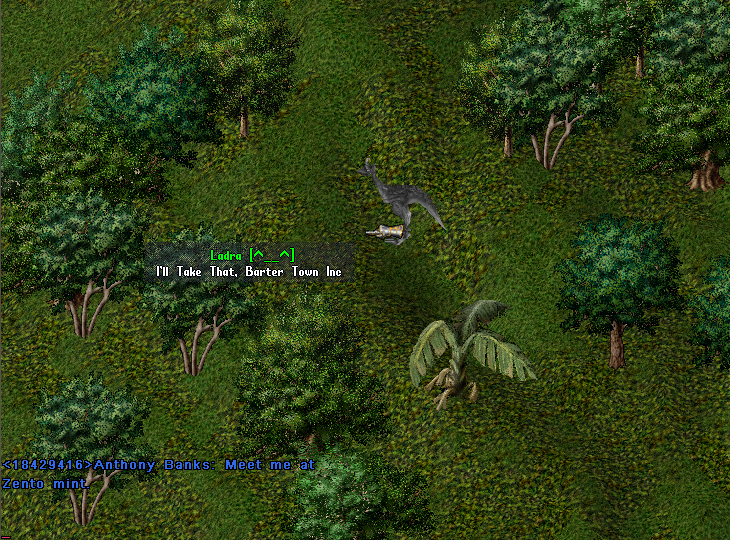 Oh, looks like I was wrong for once. But fear not fans, Zento is not far! And in a blink of an eye I'm there. Even before VicTorii got the time to answer. 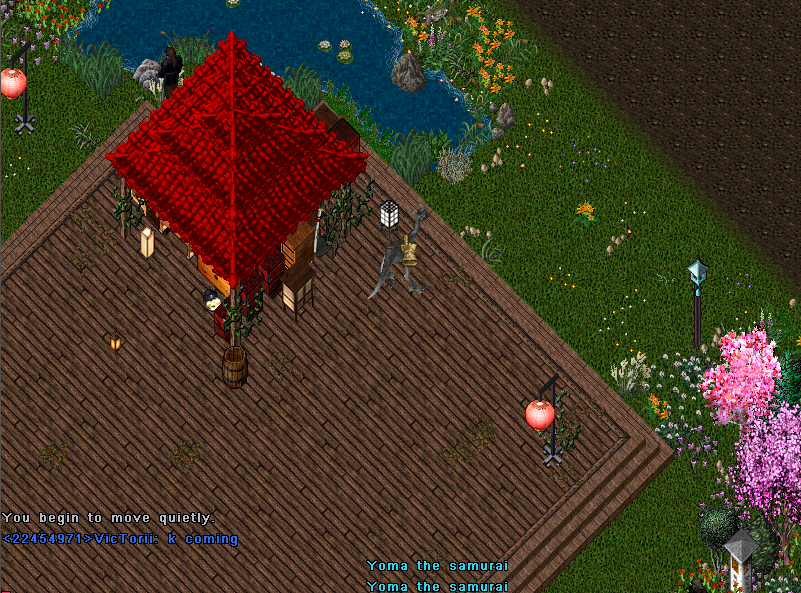 Oh, gee, thanks Tizarium! But anyway, incoming VicTorii. I can already smell him, it, or whatever. ^^

I really don't get this next advice. Can't trade while hidden, Anthony already named the location and now Tyrath does it again? But no time to wonder about that, here comes the GIL! 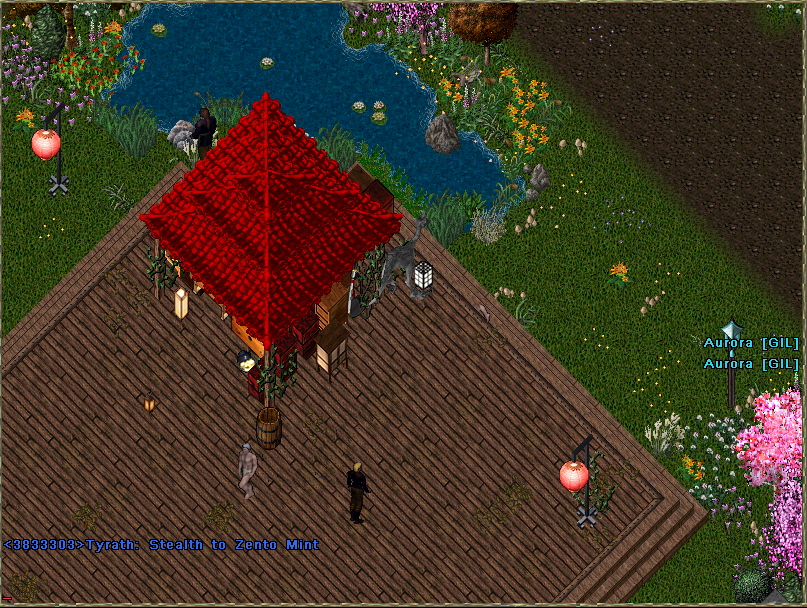 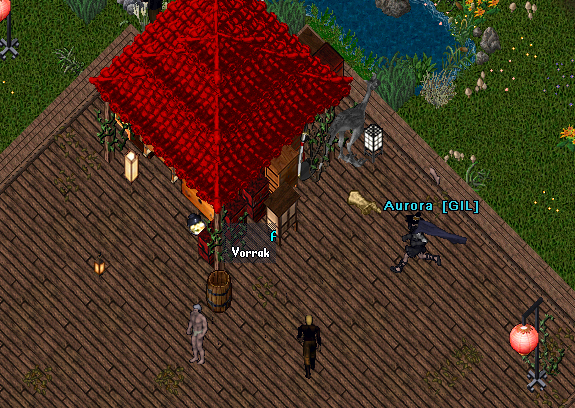 I was expecting Anthony and here comes Aurora? Not even the right gender. Coincidence? Might be. But on the other hand, GIL and carelessly strewn scrolls go hand in hand. So in for a snoop I go... She hides! Clever girl. But I wasn't looking for you anyway, I got a date with Anthony!

Err, where are you going?!

Maybe Aurora and Anthony is the same person? In some transgender kind of way mayhaps? Their names both start with an A... Must be so! And you clever, clever girl.. man... you! You invited VicTorii to a party didn't you? You told him to run to your secret meeting place didn't you? Where all the scroll trading and cuddling will take place. And you never thought about inviting me!

But I get a track up and follow anyway. 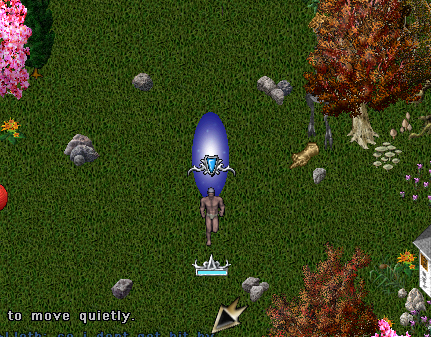 OK, but we will do this. Think, think, think... GIL + buyer on foot + general silliness = Magincia. Tada! 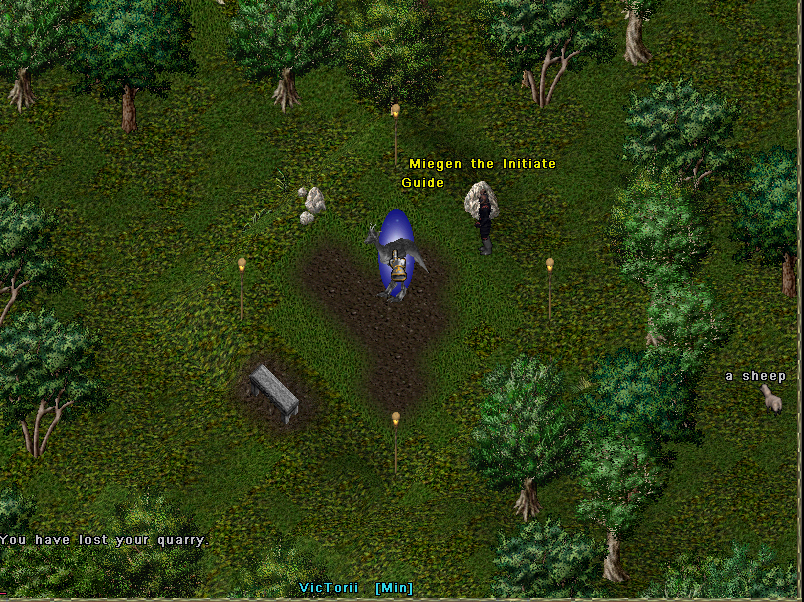 See? I'm smart, not lucky. Now I lost him in the woods. But that's not a problem either. There is only one house they can be at. Tada! 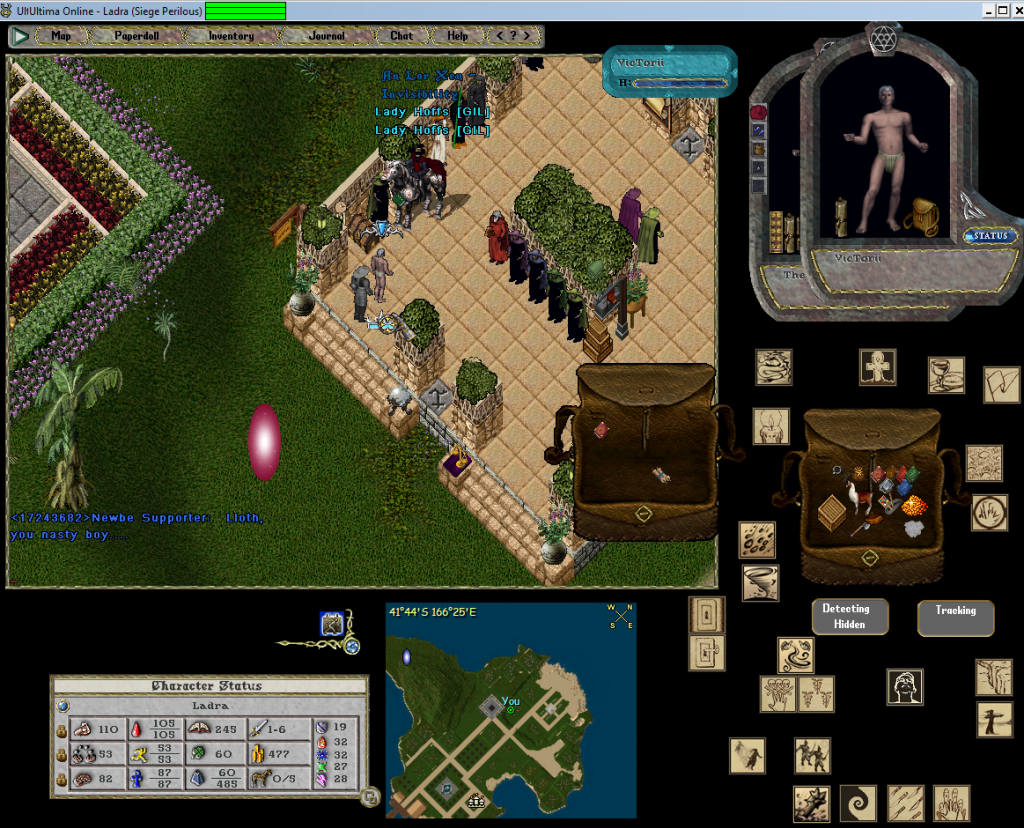 And there is the third GIL. Or the second impersonation of the first. Never mind. With Hoffs, a front figure in GIL, standing at their scroll vendor and Victorii impatiently waiting in front of it my fingers really start itching. Please be the 400k scroll!

The only thing left to do is position myself right behind VicTorii, get a target cursor up and wait for him to make the buy. And I do, and he does. 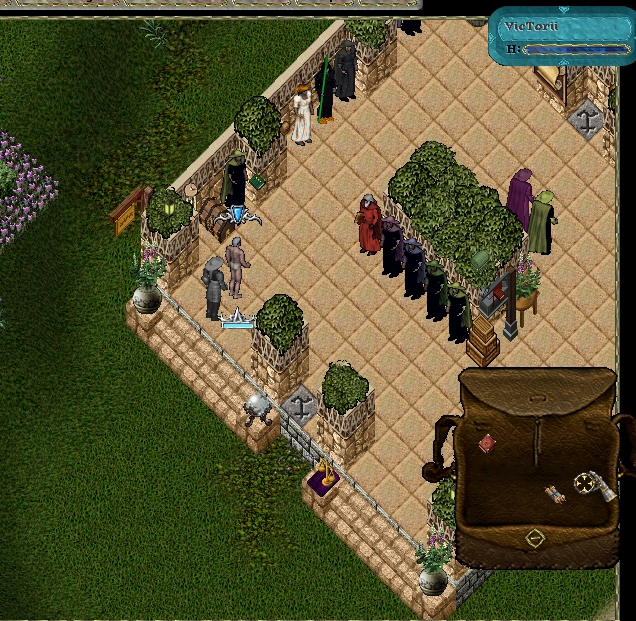 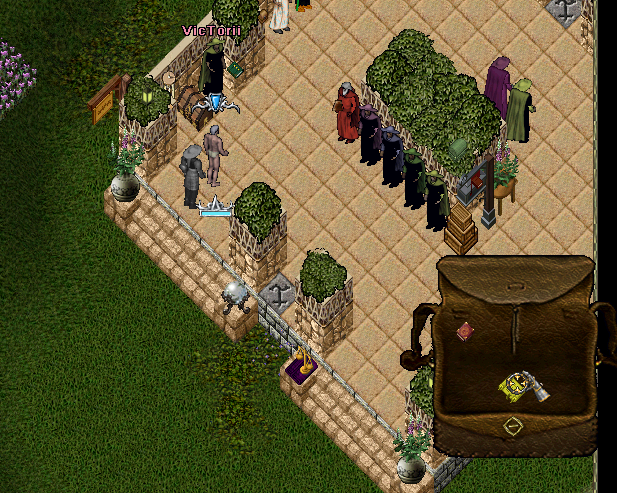 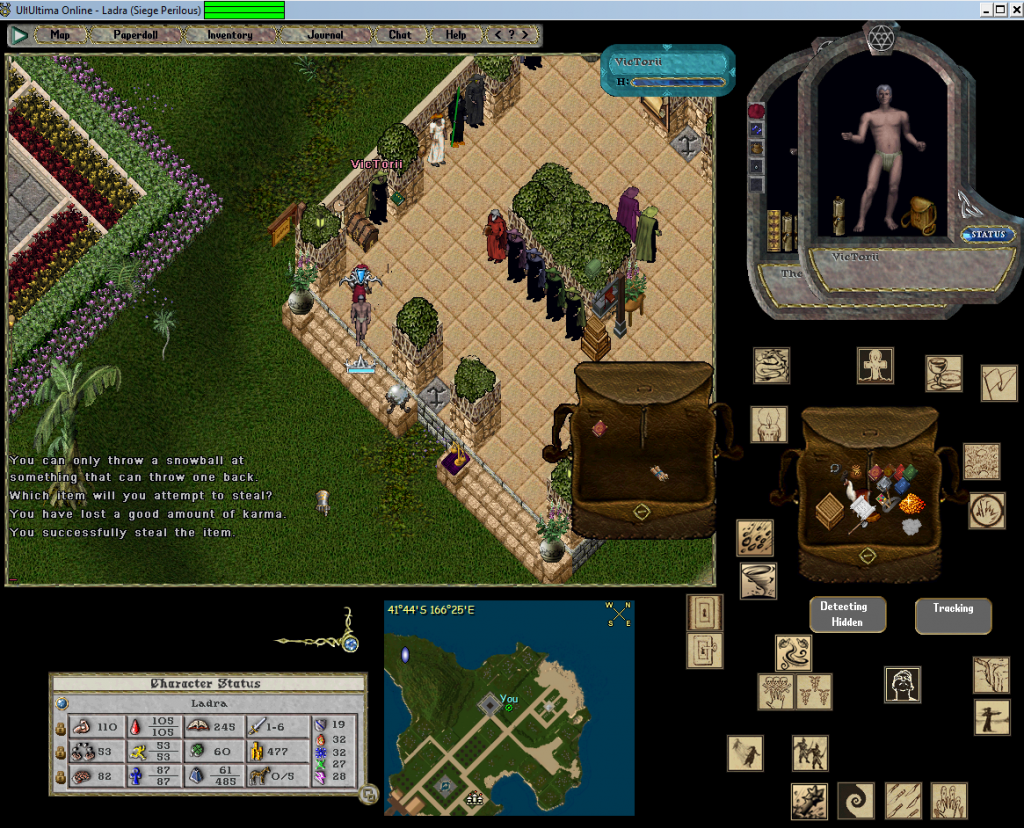 Here I have no idea what it is, just a white scroll. I do hope it was the +20 stat and not a 105 that he decided to buy first. Let's take a look when things cool down a little bit. 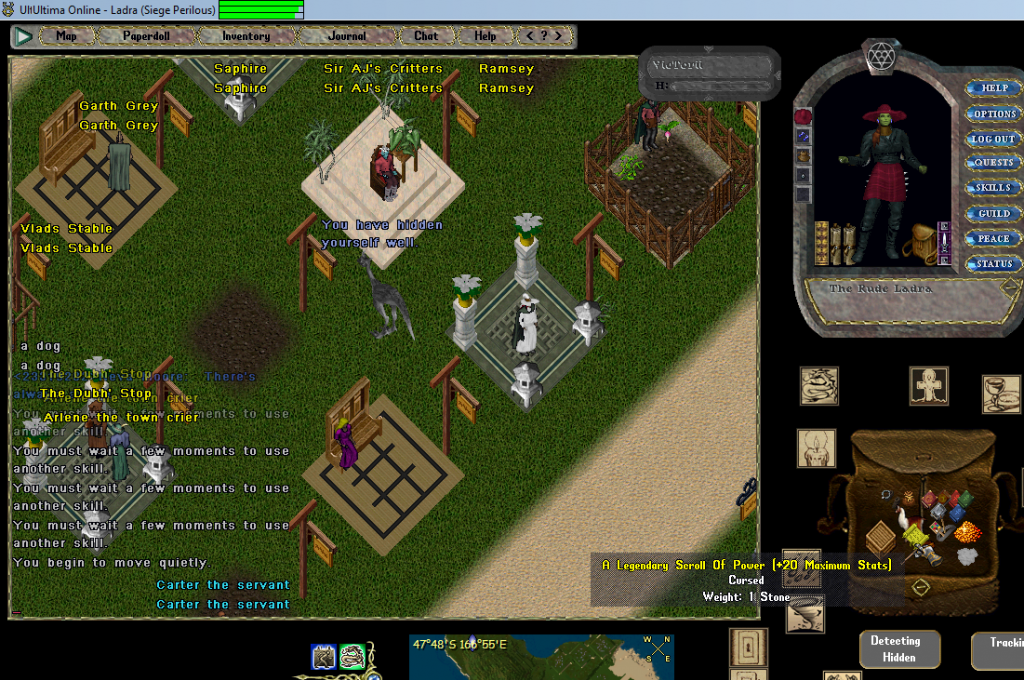