Pacific has provided me with a lot of fun. Several thefts, an epic hate mail from someone irrelevant and a lot of loot.

But I have a theory about repeatedly robbing from the same people.

People of the Pacific shard, It’s been a pleasure. I’m convinced I’ll enjoy taxing you for quite a while to come…

I made my usual rounds on Pacific, singing loudly of my high opinion of myself. As expected, I found an evil tax evading enemy of the state!

This one was married to a known dissenter and as such, I determined she would be fined in his place. I like to call it guilt by association.

She was decorating inside her home… Oh Anklebiter, you foolish fool! Little do you know, the King has come and your punishment awaits you!

She stepped outside to decorate her steps and sealed her fate…

A Charger of the Fallen? Don’t mind if I do….

She knew it was me? But how? I was hidden, and aside from my loudly singing of my own growing legend, she could not have known I was there…

You must know something I do not, Miss Anklebiter, if that even is your real name….

Why would you expose yourself to taxes if you had not intended to?

As it turns out… She had intended to drop a valueless rune on the ground to pass a message to me. The Charger was a MISTAKE!!!!

A mistake? Or my beloved fate ensuring another glorious notch for my belt? 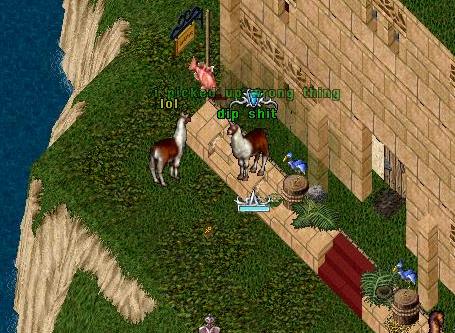 She seems to dislike my theory on fate…

And then she asks for the charger back…. Oh you… Do you think the King of Thieves collects taxes just to give you your property back afterwards? 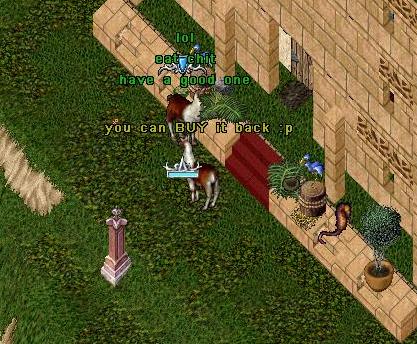 She apparently doesn’t like my response but she is still a pretty decent sport.

If you weren’t Lineman’s wife, I’d probably have sold you the Charger back for 1/10th of it’s 9 million gold market value. But you are…. So no deals today, sorry.

For the rest of you…

Pay Your Taxes Or Else….

P.S. I think Pacific will be seeing more of me.