It all started when I was told Siege Perilous was too hard a shard for the King to succeed. There was a lot of braggadocio pride from the players of Siege with claims about how only a truly great thief could rob them.

I respectfully disagree. I am the King of Thieves and a shard that throws down the gauntlet, only makes it harder on themselves.

So I began my adventure in Luna. Within minutes, I spotted my first mark.

Although he possessed little, he did have a magic skinning knife that would sell for a decent price. Tax season has come to Siege.

Thank you Eruedraithon, rumors of your rudeness were greatly exaggerated! 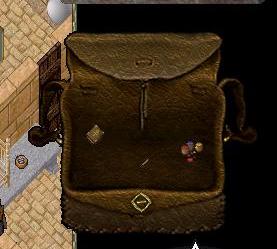 Nobody else was around Luna.

How could I enforce my reign upon another shard unless I found more tax payers?

How could I be King if my supporters numbered in the single digits?

And then a voice called out like that of a siren…
“Rob us,” it sang, “Take us for all we’re worth, Siege is softer than it once was…” 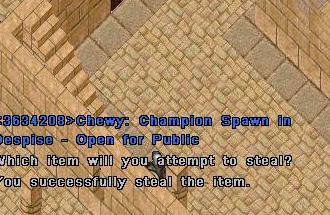 Hey… This spawn looks suspiciously like any other shard…. Geared out archers and tamers with massive dragons…

I’ll have to steal something and remind them they are my subjects and I reign on Siege. 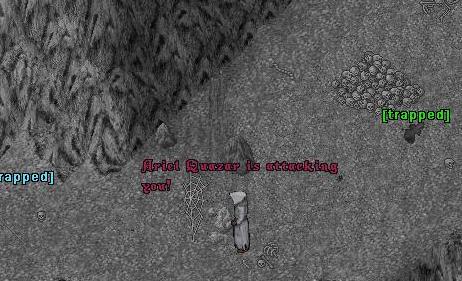 Of course you know…. This means war!

I returned quickly and display my immense and innumerable talents as a thief.

The targets have useless Power Scrolls but valuable Scrolls of Transcendence.

I fled the scene with my new loot… Thank you for your taxes kids.

And more good news…. Apparently there is an event going on and rewards can be obtained from a magical bucket…. 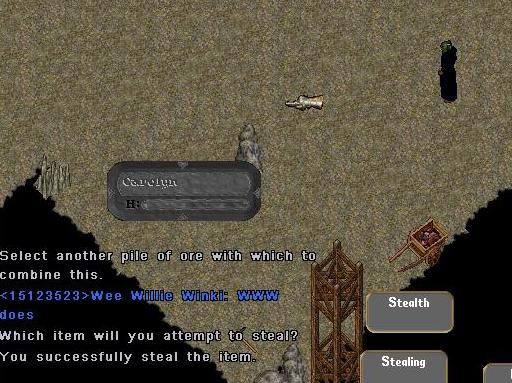 I steal and steal and do so in front of a large group of folks. Murderers and thieves rejoice at this event.

All told, I steal and loot 23 pieces of mid to high end armor, 7 weapons, 3 Scrolls of Transcendence, 10 pairs of valuable event item magic sandals, 2 Power Scrolls and the hearts of several maidens….

Oh and I made an excellent new friend on Siege. 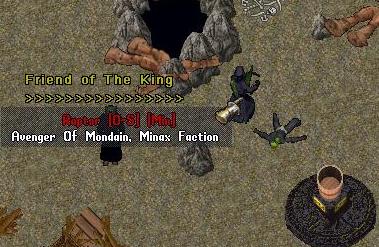 Yep… Siege is hardcore… Hardcore fun for thieves and cut throats like Raptor and I.

And to the rest of you Siege citizens, Pay Your Taxes, The King has come.