I don't get too many steals from the pvp crowd. They move fast and are usually pretty careful with their valuables. I assume they are expecting action around every corner. So when I get a chance I have to take it.

I'm innocently hanging around Zento trying to get a newbie crafter to open my boom box. Just one of the typical evening pleasures I have. When I hear about a trade of powerscrolls going down. T r u wants magery, Wicked And Rude needs the eval. Apparently some gold is also involved, but who cares about that? 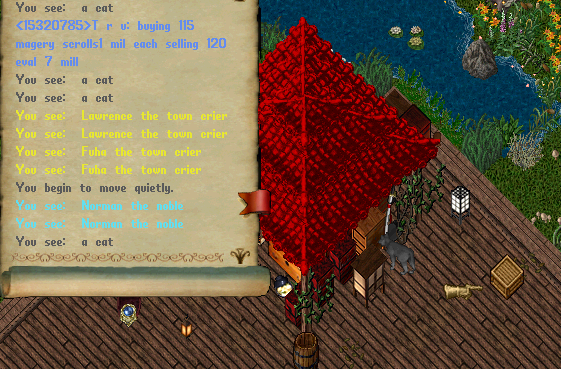 "Come to Luna", he says. "Sure thing", I giggle as I rush trough the gate. "I'll friend you to my house" is the exact words I didn't want to hear. Because for some utterly unknown reason I'm not on that many friend lists. Oh well, back to the crafter I mumble as I drag my feet down the stairs. Maybe a nice explosion of body parts can cheer me up somewhat.

But before I know it I hear T r u and Wicked again, "Come to Umbra gate." 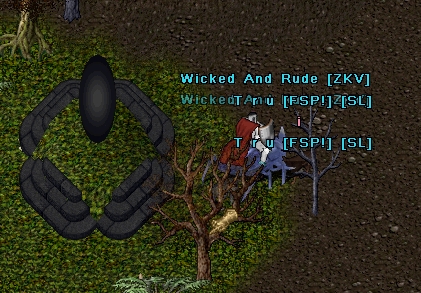 With a flick of the bi-polar switch I'm happy as a lark again. I pop my head in a backpack and what do I see? Power scrolls!

In hindsight I know I could have done this so much better and probably gotten the 120 scroll instead. But with my head still spinning from the emotional roller coaster that is my everyday life I can't think straight. All I know is that there's scrolls in plain sight and I must have one! 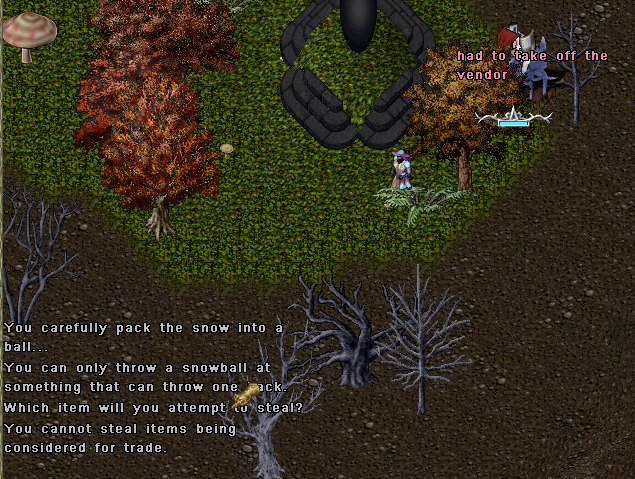 Barking profanities I make a run around to hide and make my way back to the gate. I can't believe I had the chance and blew it on such a rookie mistake. But whats this? They are still here?! 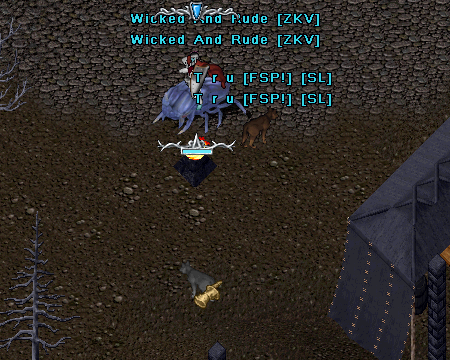 In for a snoop I go. 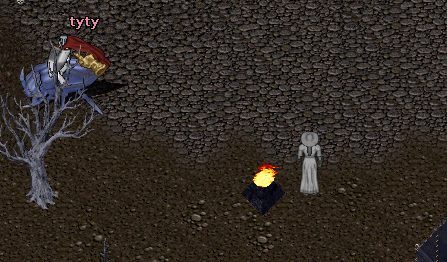 But now some higher power seems to intervene. And I have to agree, I do deserve it. T r u pops out of hiding just a few steps away. Not only that but he stands there long enough for me to get up close. 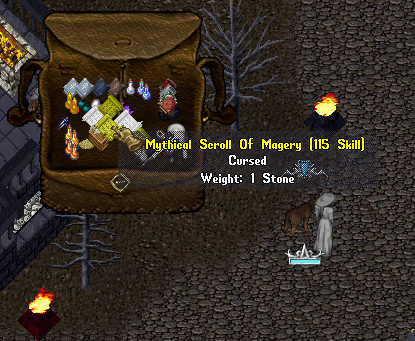 I am noticed but it takes a few seconds for the cold, hard truth to sink in. I DID get something.

Maybe not the best that was offered, but I'll take it. It would not have been more fun just because the scroll had a higher value.