Coming back from Despise where our newest prospect managed to steal a scroll mere minutes after being guilded (I have a good feeling about this one) I take the tour through Skara. And it's a good thing I did. Because my awesome tracking skills shows me someone is hiding at the bank. My keen senses soon reveals a really focused mage!

I wonder what ill gotten treasures he might hold. A white Harpsichord deed. Harder to spell to than to steal. *yoink* 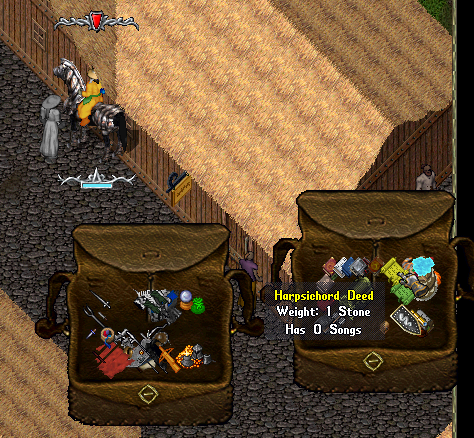 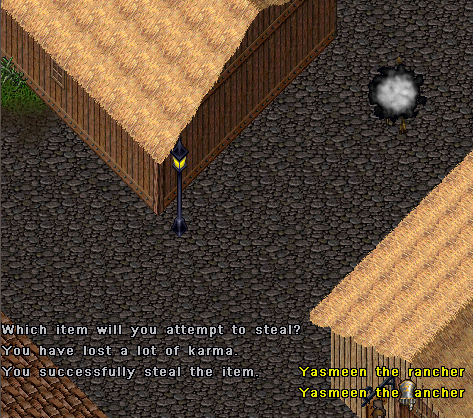 When I return to bank my future entertainment (I plan to make some poor prospect compose some hymns to my honor) I notice that Wilson is still standing there. Why not go in for a second look in case I missed something.

Erm, why didn't I look in that chest before?!

Wonder how many I could get before he notices me. Probably quite a few since I have invested in a few thousand invisibility charges just for occasions like this. First lets position our self where we are the least visible... 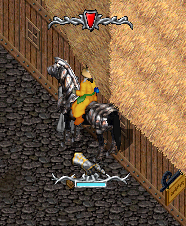 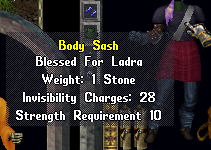 Seems to be going good. I'm only visible for at most a second between steals, and it's mostly my name. And why would someone expect Ladra of anything malicious, even with guild tag showing? ^^
I'm so darn quick you can't even see my hands when I liberate Wilson from the heavy burden of carrying all those scrolls around. 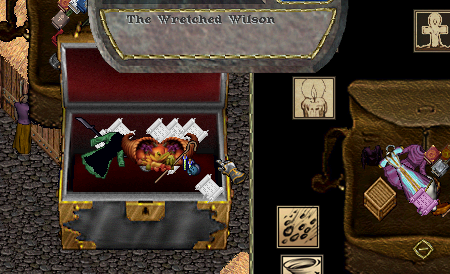 Only one more to go. Down to the real trash now, but how would it look if I didn't complete the job? Could never get another employment.

Right after I get the last scroll Wilson starts shuffling stuff around in the very same chest I just had my sticky fingers in. Still he doesn't move... Did he not know the scrolls were there or was they just trash to him and he doesn't care?! 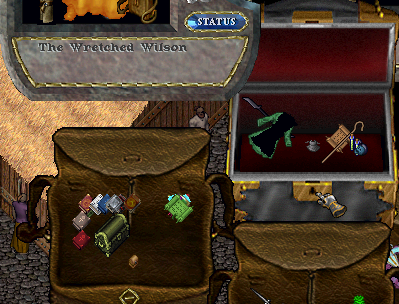 Well then kind sir! If you wanted them to be donated who am I to argue. I thank thee!