Basically, i found him at fel brit bank. He looked really newbish. He said he's been gone for 2 years or so. I told him that now arti's are blessable, and in order to bless it, all he has to do is put the orni in his backpack, and while it's uninsured, single click it. A drop-down menu will then appear, which will say "Bless". Of course, he drops it into his pack, and boom...uninsured. I stole it from him, and Tetricyde stole it from me, in order to prevent being guard whacked...however he didn't realize that fel brit's GZ isn't working right now, so it didn't matter. Afterwards, i was able to steal it back from Tetri, because it was rightfully mine heh. 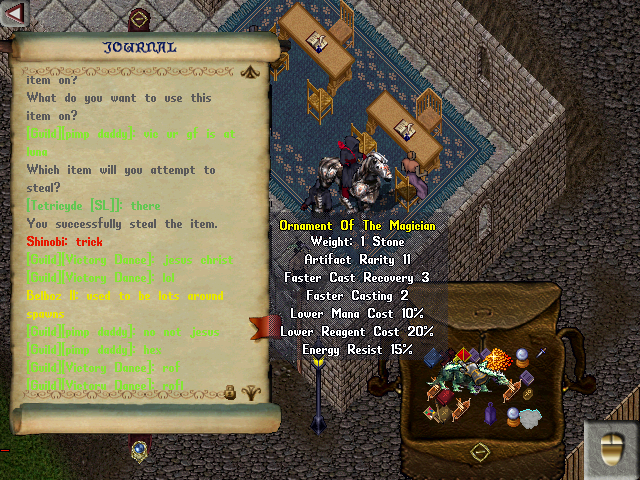