This story starts with nothing out of the ordinary, I needed new pants so I went shopping... Little did I know that this was going to be a day of epic cat and mouse, a day of heroes and a day of liberation.

My tailor was out for the day, something about a Vesper stripclub, I'll have to ask Enkil about that. So with that sartorial avenue closed I had to make new plans and he had once spoken of his brother, a tailor in Skara Brae so I thought I'd see what he had to offer.

Aah, Skara Brae, always a pleasure, the sea breeze, the fresh fruit and the oddly named Bake Kitsune running past the moongate; wait, what? In a blur of Bake my mind changes, my senses sharpen and I'm off on his trail, however this 3 tailed marsupial (go on, prove me wrong) turned out to be a false trail.

A quick snoop showed his pack to be filled with leather goods, but one piece stood out: 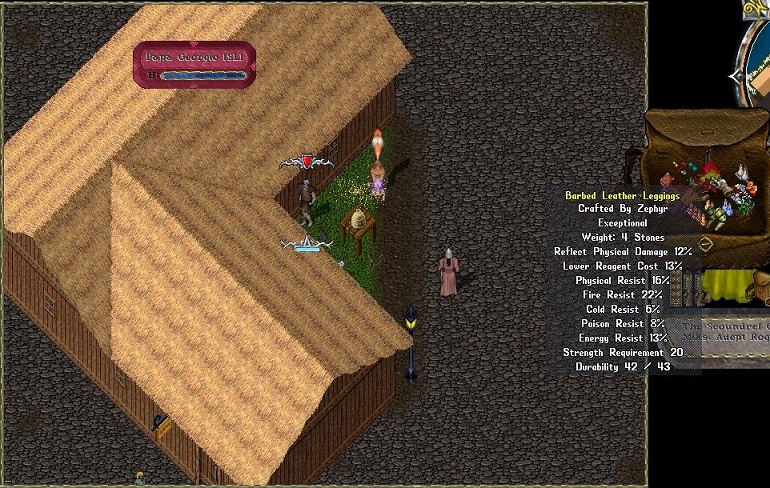 But these weren't just any pants, these were crafted by Zephyr, if you've never tried them I recommend a pair, he may be a bit handsy when taking measurements but the comfort is something special. I checked the measurements and it looked like these pants were made to measure so I decided to try them on. *YOINK* 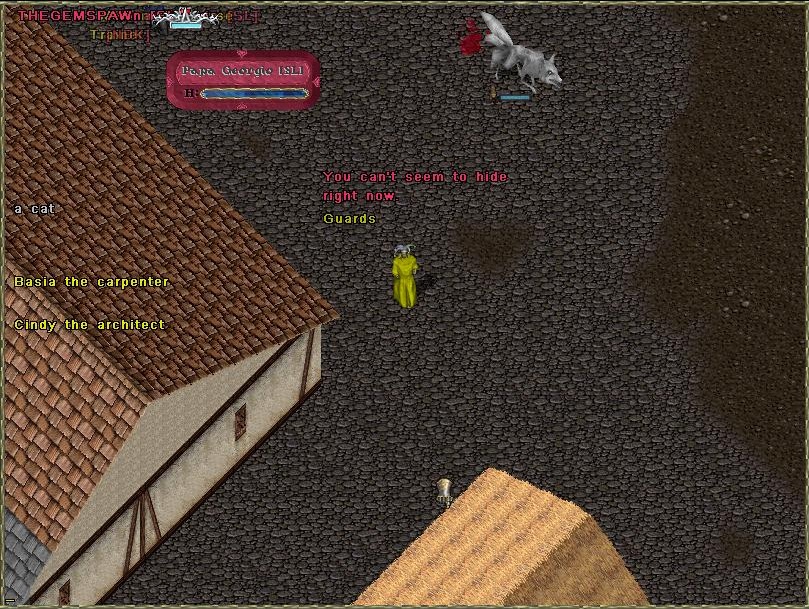 Then his marsupial friend pounced, in under a second he had his paws on me (I think he was waiting for an excuse), I ran as fast as I could, these virgin cheeks would remain just that, but sadly the dirty beast caught me, thankfully I used up my thief suicide pill before the worst of it; but then he did something unthinkable to my corpse, an act of desecration so vile that I fear no screenshot could do it justice... (sensitive readers look away now)

Returning to the bank to burn in my fury and check my new pants I was somewhat comforted in the knowledge that my crotch would now be comfortable. 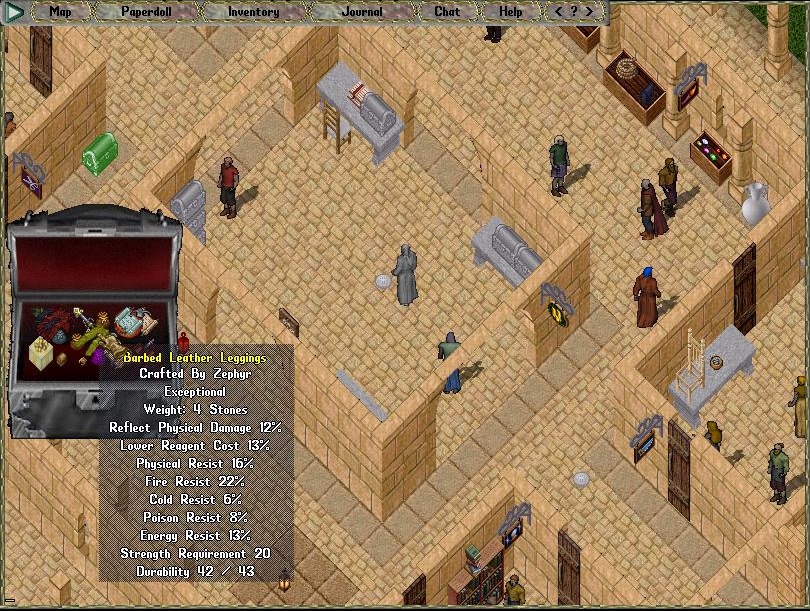 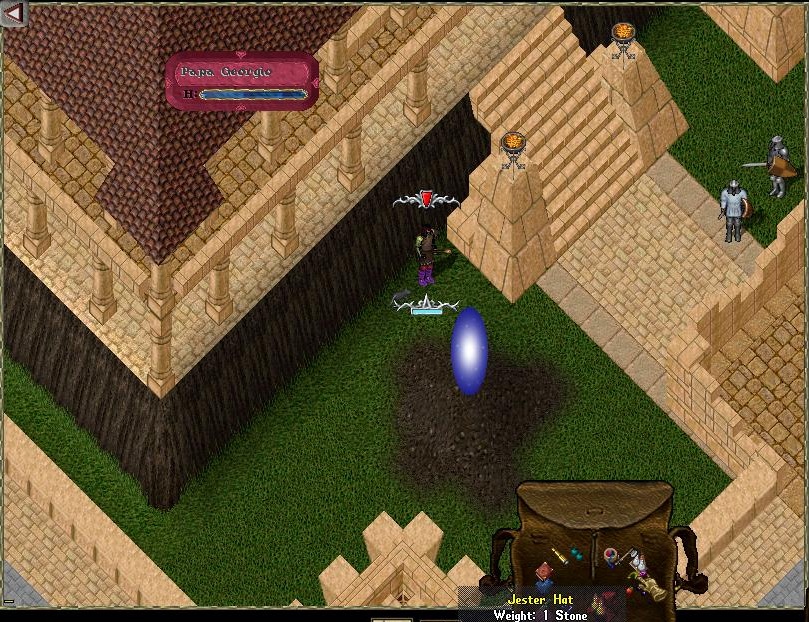 His friend did the killing and he did the looting, a tale as old as time.

He taunted me, he teased me and then... 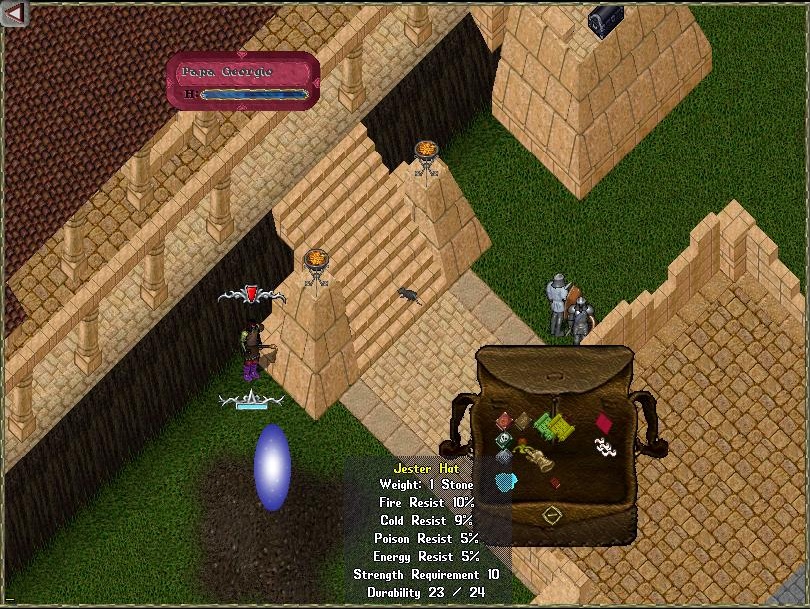 I took it back, I believe that belongs to me!

My honor restored, my hat liberated and a comfy new pair of Zephyr pants, VICTORY!