I found an unlikely cohort in crime one evening in the form of siege's newest Event Manager (circa june XD). He worked to be the magnet I needed to pull Carbon Copy out of his home near the Yew gate. 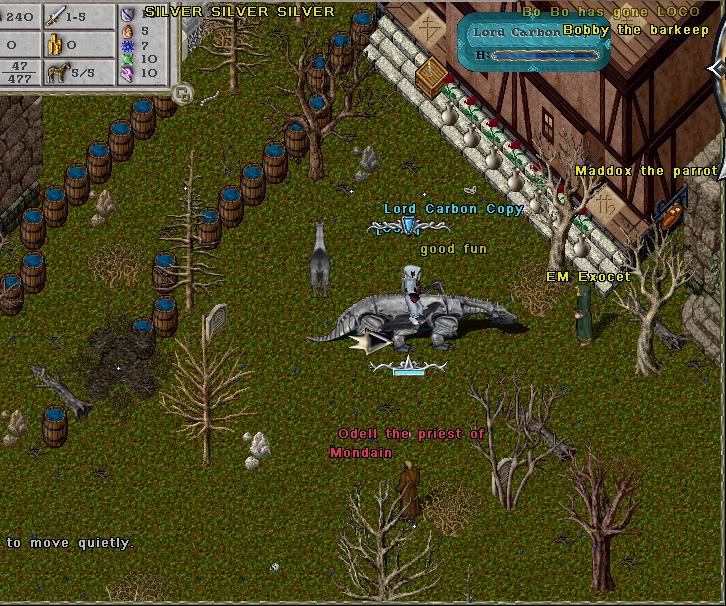 Previously CC could only be seen running directly from the gate to his house with virtually no opportunity to get in a good snoop. He must have just came back from a hunt cause his bag was bulging with powerscrolls (conveniently placed in order of strong to weak.) Once I nabbed a 115 scroll of chivalry the chase was on. Although I did get away he reacted faster than any other mark I've had.

Then it got even better. My bug zapper hopped in the gate and immediately gathered a crowd together for me in Luna. After snooping through several bags I found a person with two very nice horned runic sewing kits that I desired to own. On my way to the bank a very evil man attacked me for no particular reason and was quickly subdued by the honorable guard Talbot. Here is a before and after picture for me pilfering her second sewing kit as well as the journal and box of total collected loot from the EM fanclub: 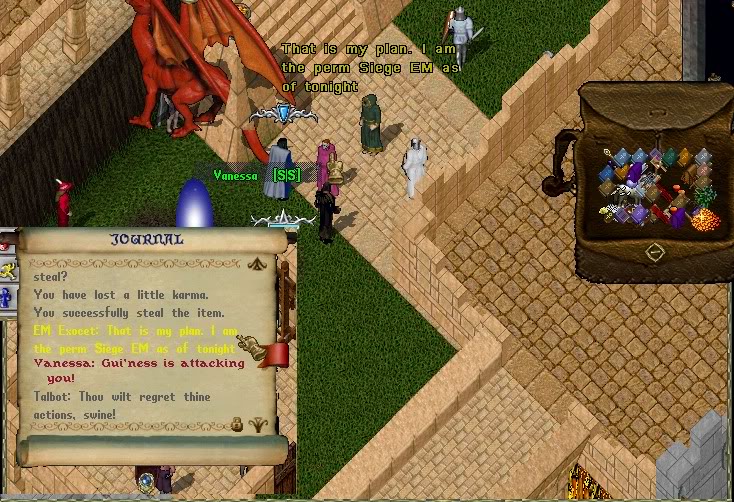 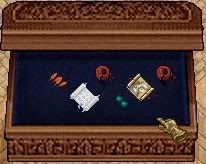