Today I decided to try something different. But first I needed a new look. 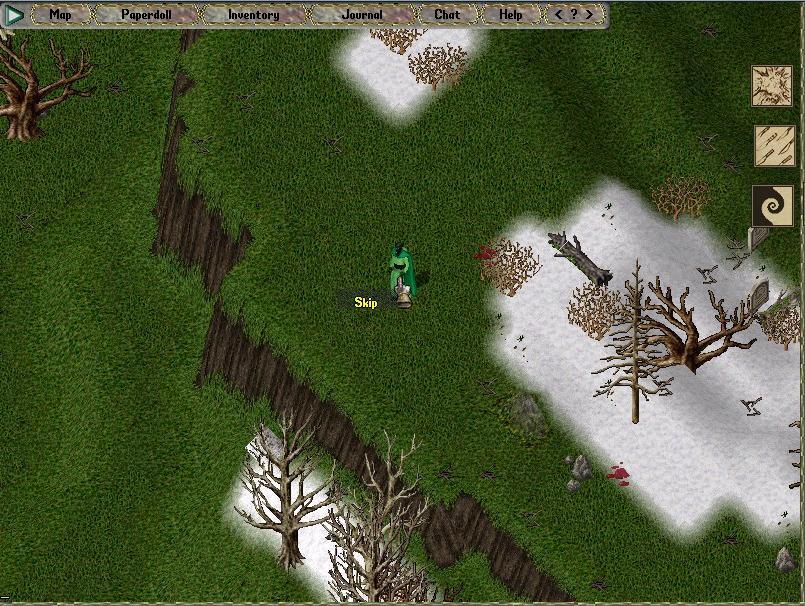 I wandered around for a bit, but being a holiday I knew there would not be many people around. Then I went to Luna. 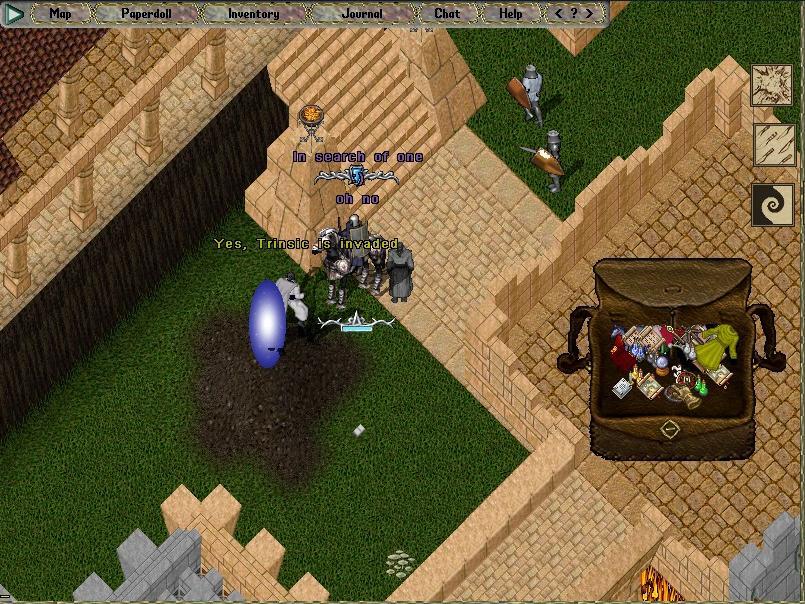 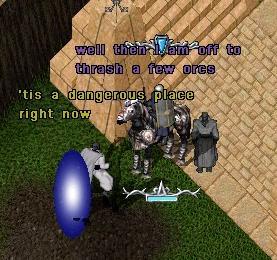 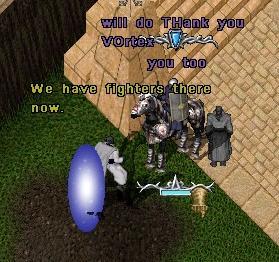 And I knew where I must go. Sure enough I see the tell tale signs of battle. 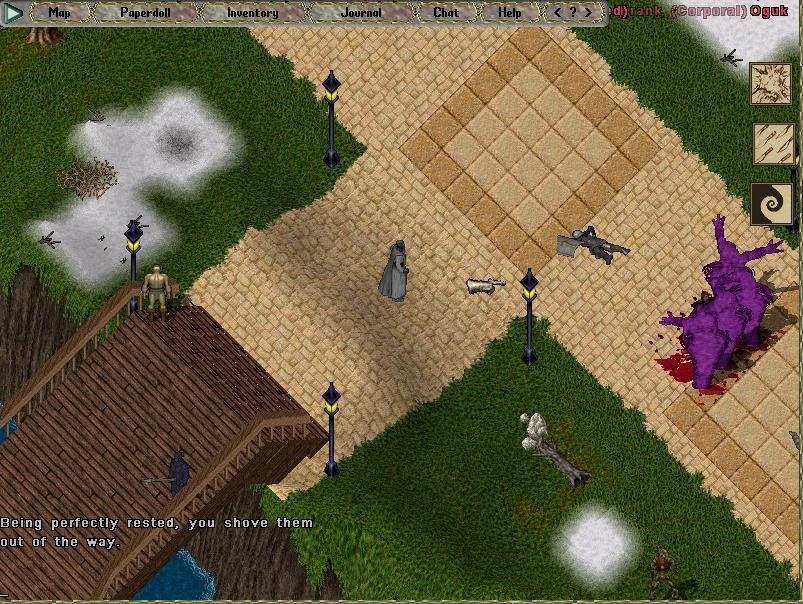 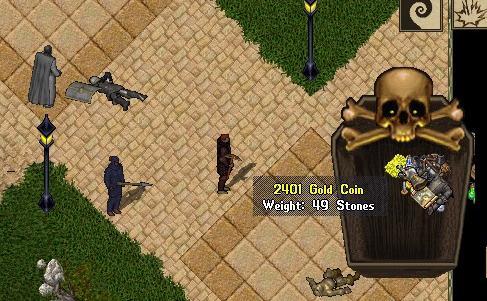 She didn't have much, but it was mine nonetheless. It must have been GILs unlucky day. 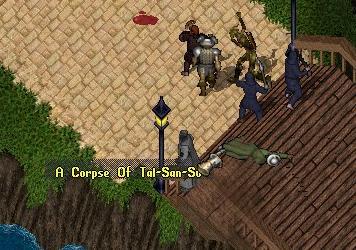 He ran back and saw me grab his gold. Well I may as well make the most of being spotted. 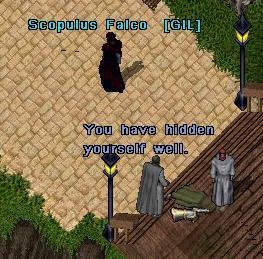 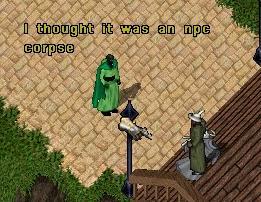 He did not even ask for it back, what a kind fellow. Wanting to stay close in case of future rewards, I decided to help them out. 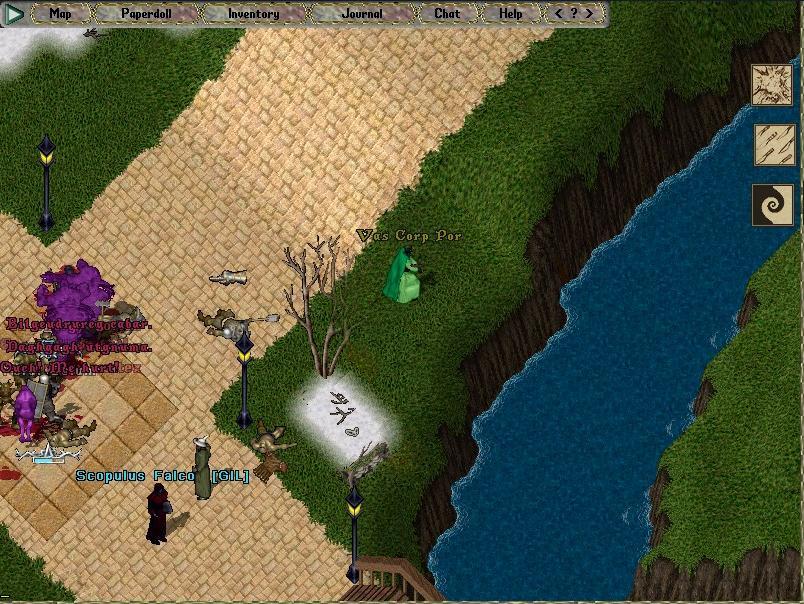 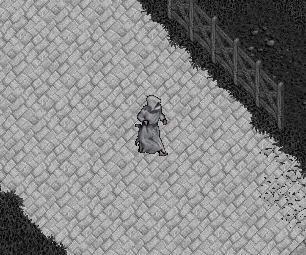 This is what happens when you decide to help.

After retrieving my corpse I checked out the town and saw an injured general with a GIL nearby. I threw my EVs out fast and furious like, and the GIL came by to help. He was attempting to discord the soldier, but I was busy doing other things. A lousy 1/2 ring, but decent enough to want as a throwaway on Siege.

He must have wanted to apologize for not carrying better items. 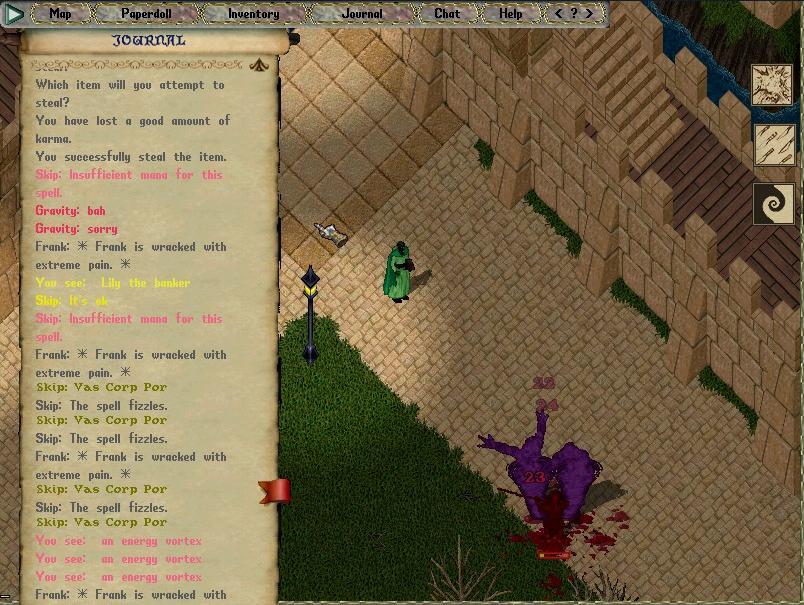 I finished the general off and went back to the GIL main group. 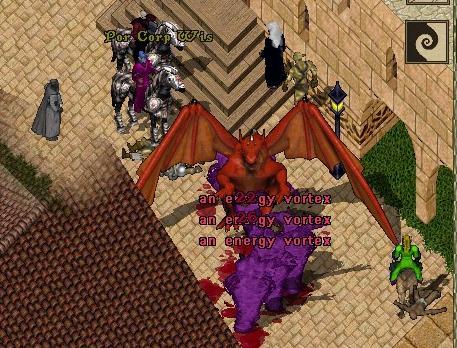 Not much here so I walked a bit east to a group of two GIL with something nice on the ground... yoink! 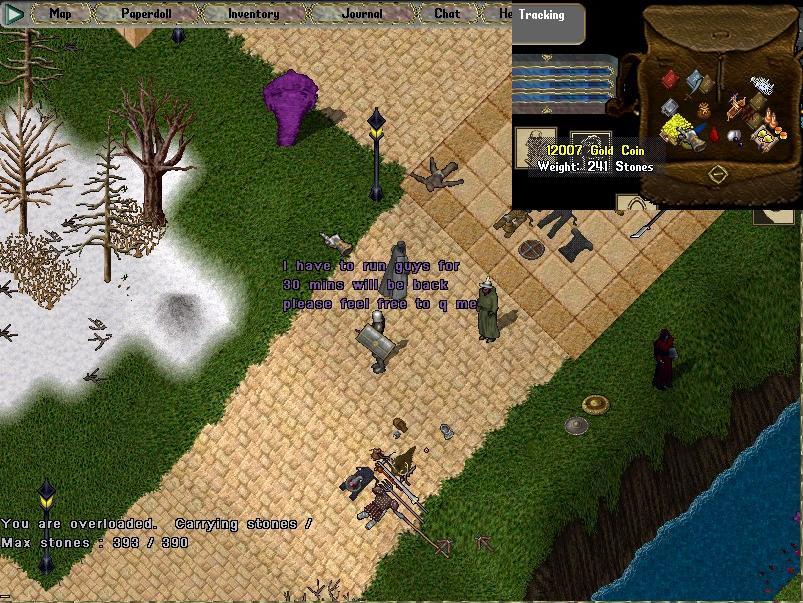 Using my sure-fire tactic of casting EVs at the invasion forces, I was able to stand next to anyone with no suspicion. I am a lowly mage after all. They even invited me into their group, such trusting fellows. 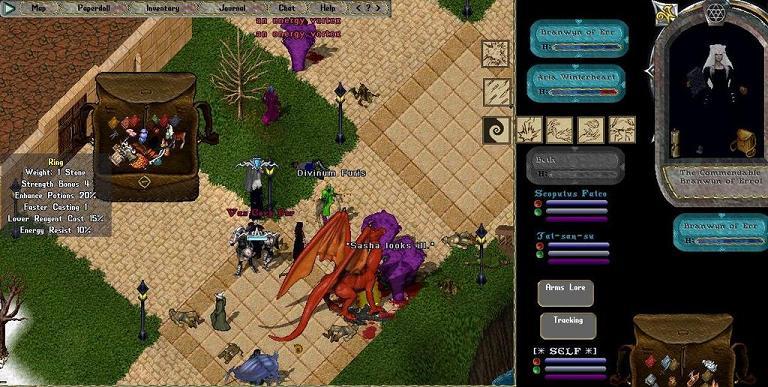 It still wasn't much, but my time needed some compensation. I expect to get paid by the hour. 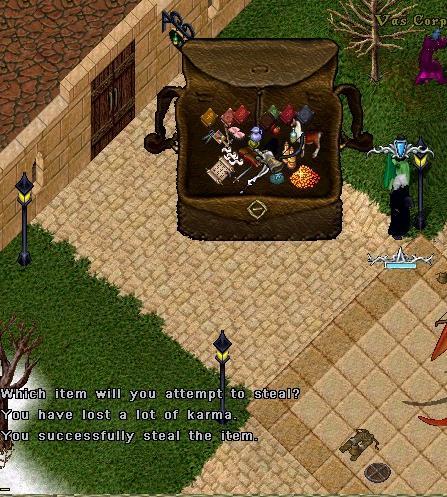 Time was running out.

I had to go out with some style. 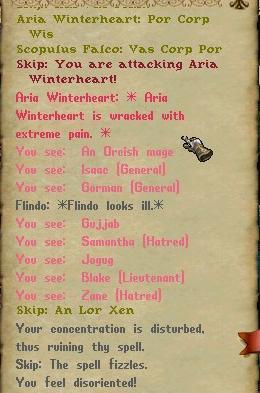 Blast ye invaders! My Flamestrike was ruined, and Aria was already running away.

I ran off like the incredible mystery man I am.

It wasn't a great haul, but it amused me. 25k in gold, some throwaway jewels, oh and this... 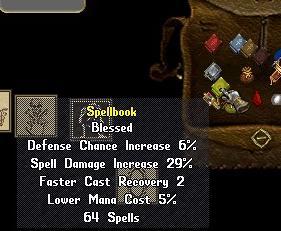