I start my adventure by finding my mark at Luna, paying attention to him constantly running in and out. Hmm, where could be going? 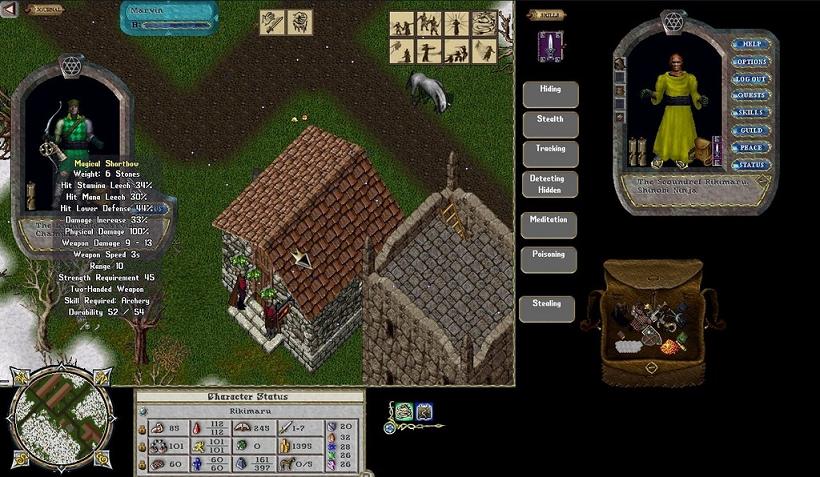 Ah ha! Found you. I still wonder why he chose to bless his leggings over the bow, all it had was resists and could be worn by (worthless) Elves only. I follow him into town. 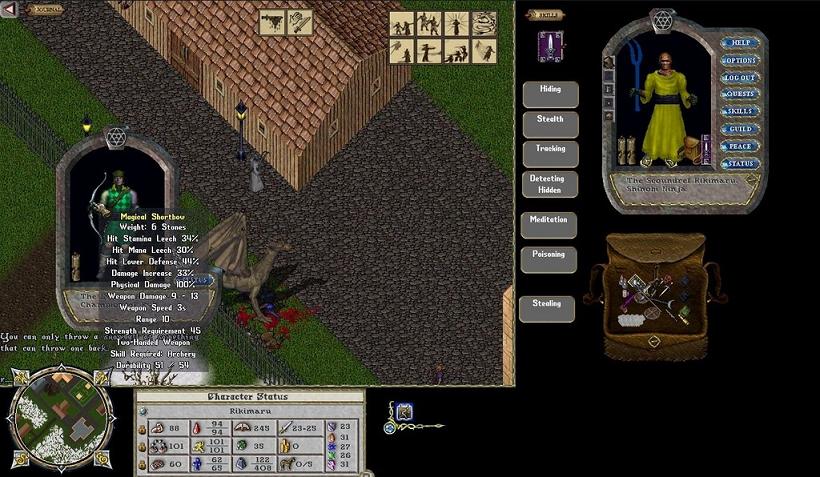 He had a pet? That greater dragon could be a problem, but both it and Marvin were well distracted. Marvin wandered outside the gate where I disarmed him and I fumble with putting my weapon away to take his. He then uses a smoke bomb, and I lose him, nuts!!I use my sixth sense of greediness. I begin to search the area I know he wouldn't have left the invasion general so weakened to let someone else finish it off. 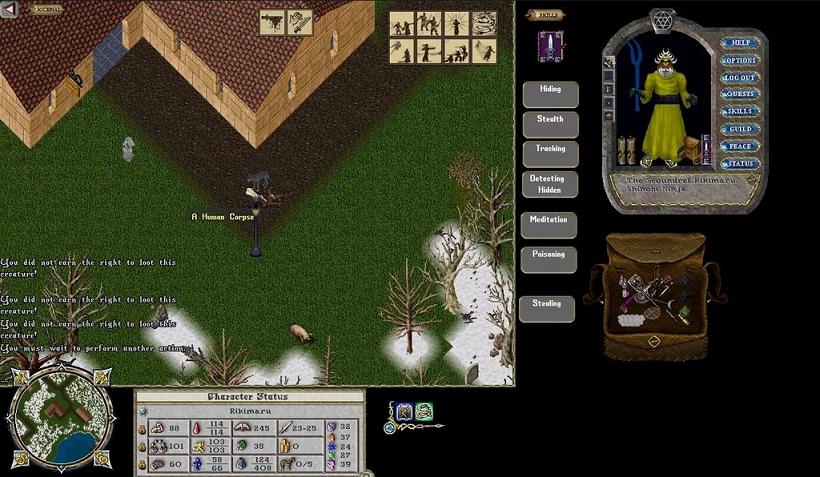 I find a corpse outside of town and attempt to loot it. I can't, it was still too fresh whoever killed him couldn't be far.

Marvin had returned with a new and thankfully weaker pet. I prepare to attack and focus on the target. 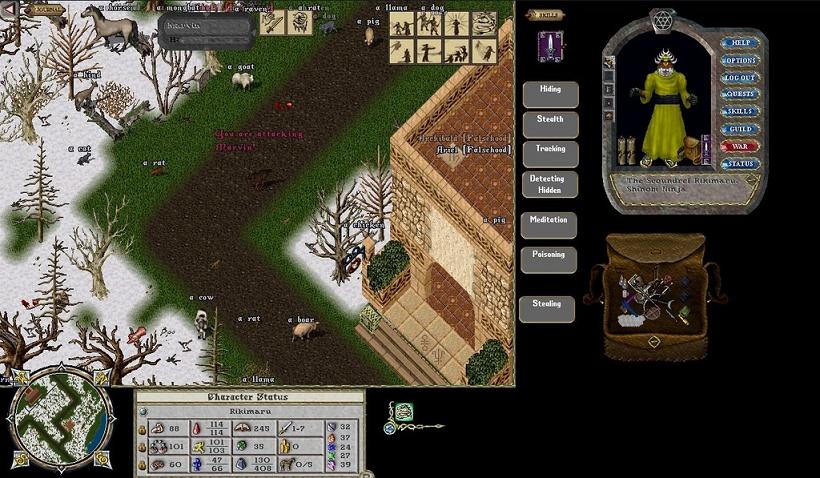 I do what I failed at before and make a clean escape. 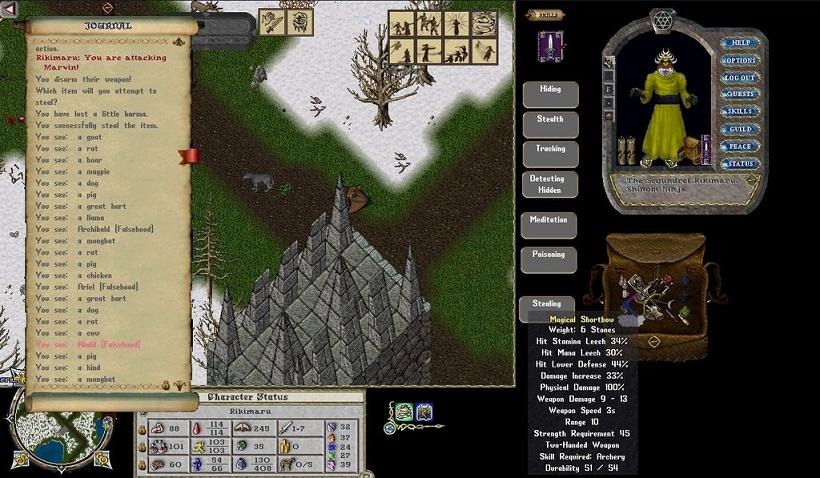 Not too shabby of a bow.

I prepare and note for Marvin sitting at Luna bank and attempt to resell him his bow. 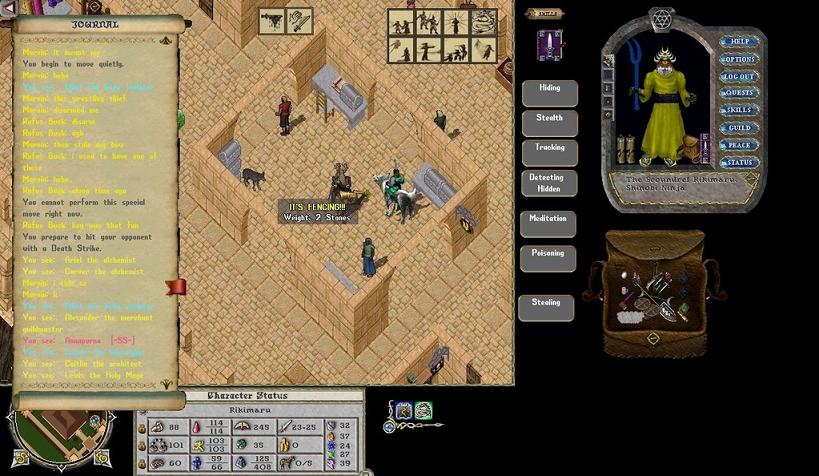 Did he think I carried a warfork for fun? Well yes... fun for me, not for you. Wrestling? grrr!! Fencing!! Maybe I picked on a blind or deaf man. I end up not selling him the bow and keep it for myself. I wasn't really gonna let him keep it anyways, if I were to sell it back, keke