The town bulletin had a request on it for ten power crystals. What purpose these crystals served mattered not to me, what mattered was that someone was bound to go collect them to fill the order. The most popular place to collect such crystals is in the mining cave just north of the Honor Moongate. It appears I arrived just two minutes before my playmates, Cap'n Crunch and Justin Credible. Let the games begin! 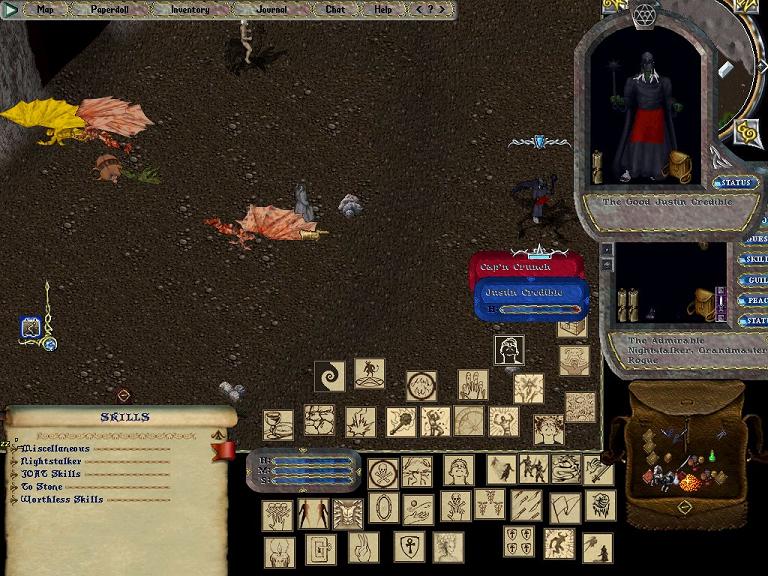 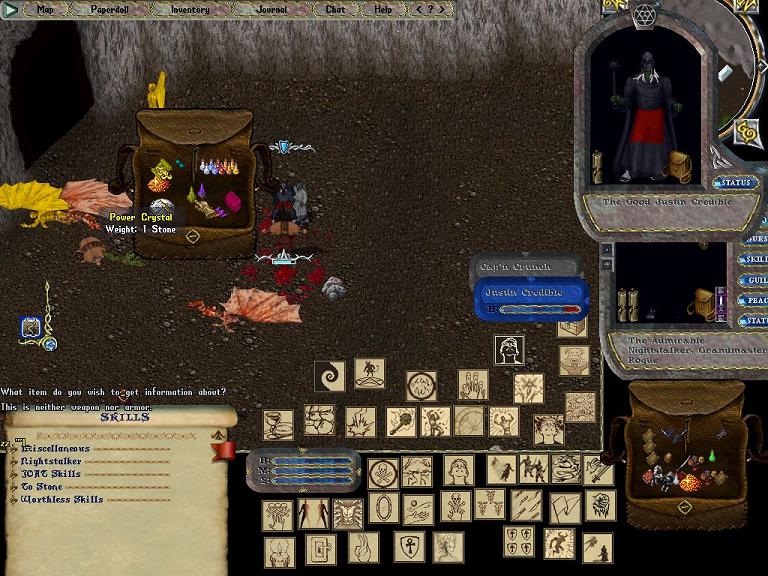 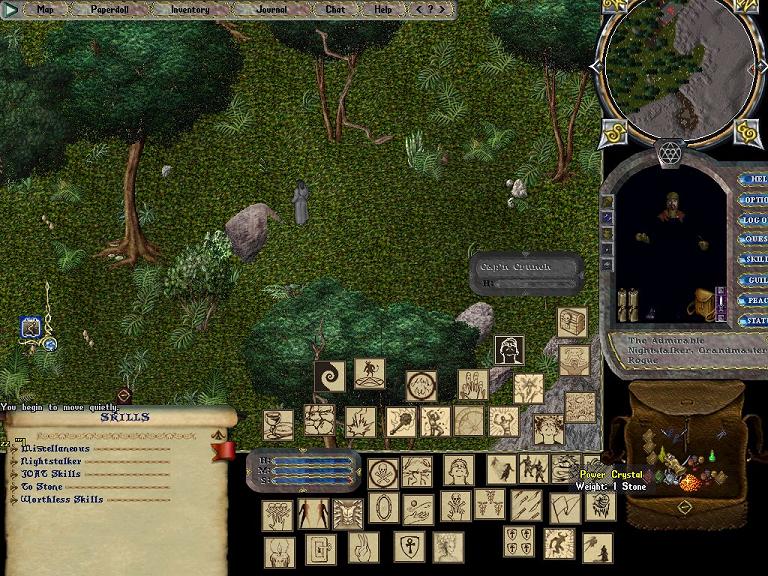 I take one of them! 1 point for The Nightstalker! The crowd cheers Nightstalker for a perfectly executed manuver... Nightstalker raises his hand at waist level to silence the crowd, so as not to blow his cover for the next round. 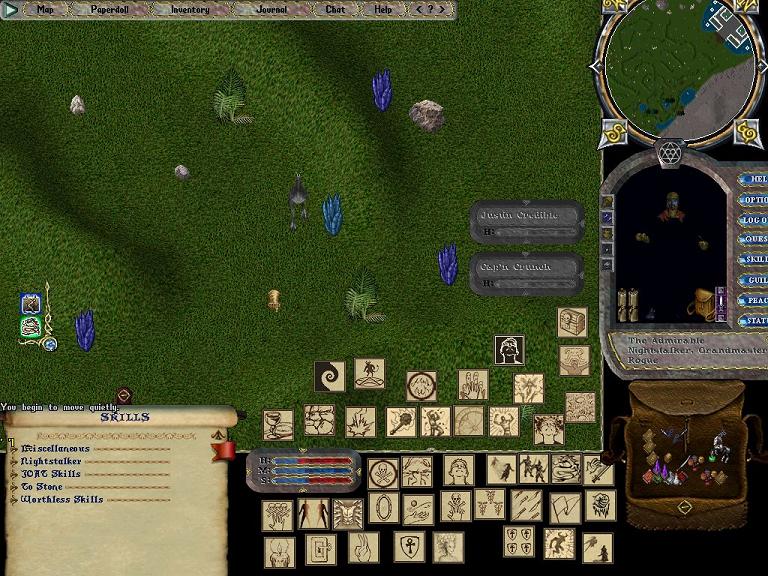 Justin Credible got wise, and placed his power crystals in a bag ball, inside his trapped box... but that didn't stop me from snagging another one! They were waiting for me this time, Cap'n Crunch let loose the fires of hell from his bare finger tips, but unfortunately, he has to stop to cast, and I escape once again! "You will pay for that one Cap'n", I muttered under my breath. A second power crystal for my pack, and another point for The Nightsatlker! 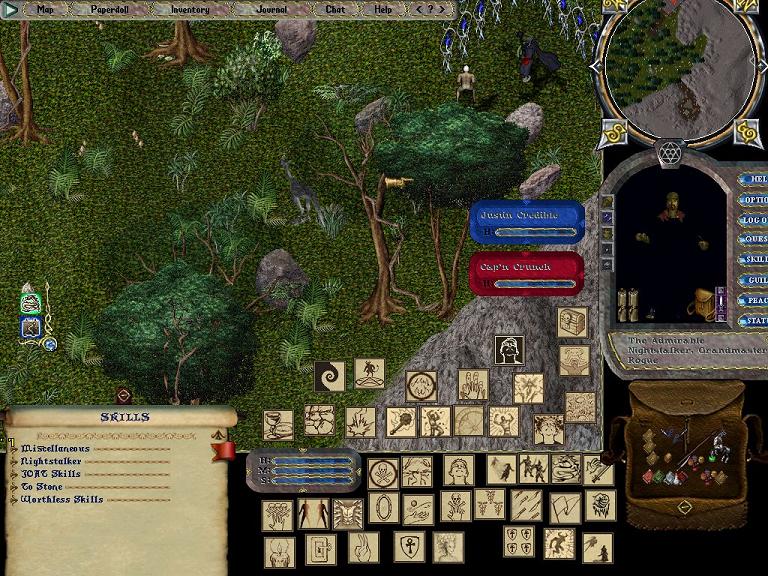 After I took three crystals from them, they finally managed to save up ten, and set up two walls to protect themselves from me while they exchanged the bag ball from one to another. Cap'n took the power crystals through the moongate, and left Justin Credible alone... He fought bravely, he fought boldly, he was as fierce as I have ever seen one man in battle, unfortunately, he wasn't fighting one man, but two paragons. Once he realized it, it was too late... his body dropped to the ground and my eyes lit up! I quickly grabbed what I could, but got the attention of a minion. Fortunately, Cap'n Crunch came back to check on his friends progress, and mourned his death but a moment before the minion turned his wrath on Cap'n. Cap'n lead the minion away for me, allowing me to finish looting. 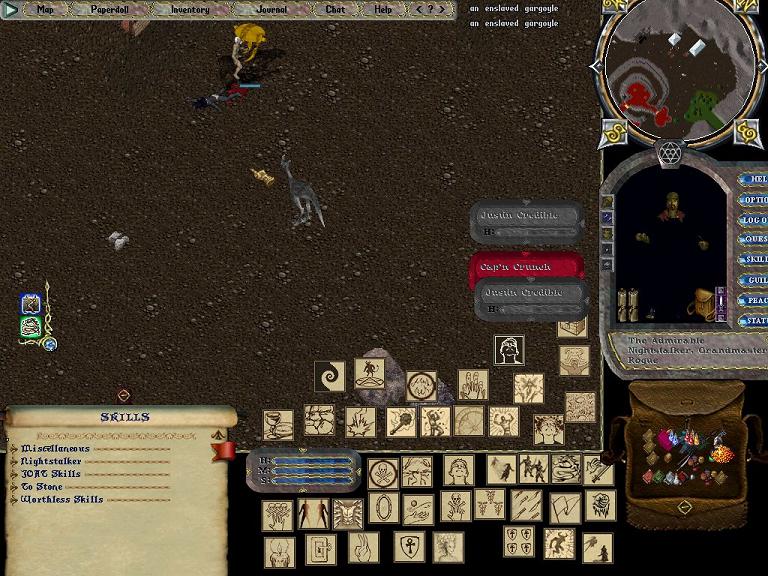 As I was making my exit, I saw that they had brought in the reinforcements... this wasn't the time nor place to continue this game... but it will continue! 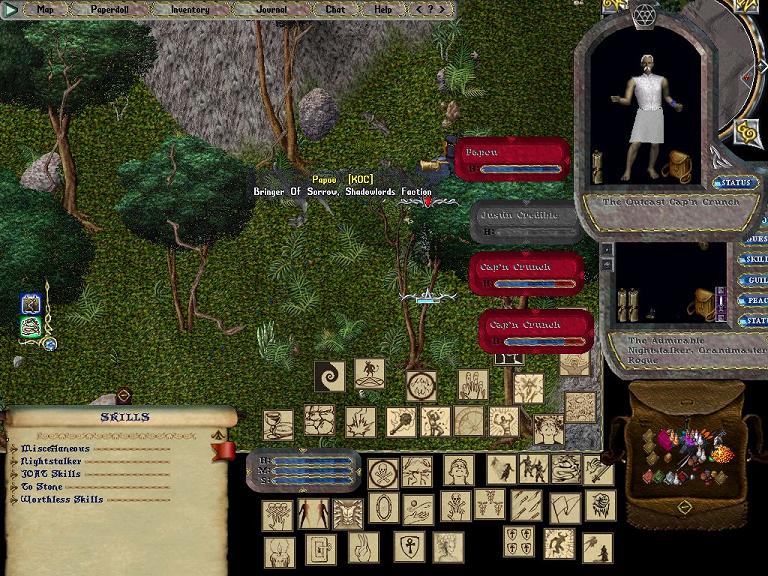 I hopped a gate here, jumped a gate there, and ended up finding Cap'n Crunch once more! "Come out from behind that bookcase! We have a score to settle!", I yelled, while peeking into his pouch. 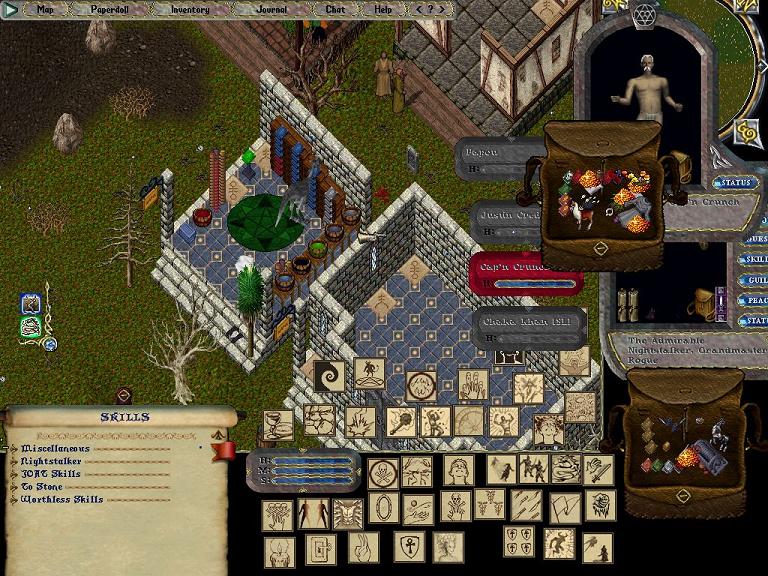 He begged and pleaded with me, insisted it was a case of mistaken identity, promised it was all an error... but I've heard that routine before. I used to be the sort to turn the other cheek, but my cheeks were still flush red from the flamestrike! I removed a book from the shelf, at chest level so that my dagger could swing for his heart! In a matter of seconds, Cap'n Crunch was no more.

Just after I looted him dry, Justin Credible came rushing in... and seeing his powerful friend laying dead on the ground, he dared not attack me, but let me pass untouched.

A wonderful game of Cat and Mouse! 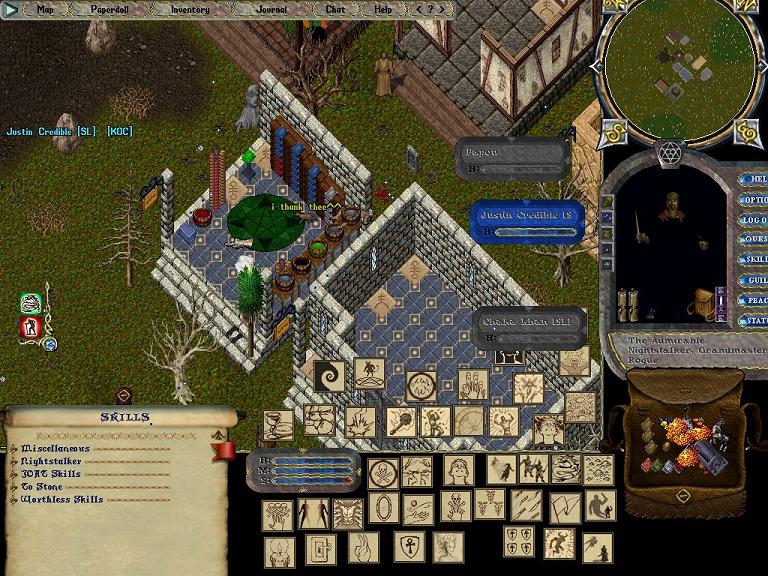