This morning has been very eventful, Saint Dismas, Peter Griffin, and I went down into the depths of despise. Coon was out, but nobody was to be found.

We decided to stick around a bit and wait. A few tamers show up and start working on coon. I pop a pack and find a decent 46% dispel dagger in there that I just had to have. While I was running away with my new shiny, I ran into the harrower, who was just wandering around down there.

It wasn't long before floods of people came after him, leaving Coon behind like he was infected with cooties. They attacked the harrower, he attacked them. They attacked each other, bodies started dropping, and my grubby little fingers got to work.

I managed to eat a 115 Tactics and 115 Stealth scroll, and found about 4 full suits of armor "just laying there".

On my way out, I decided to grab some more. 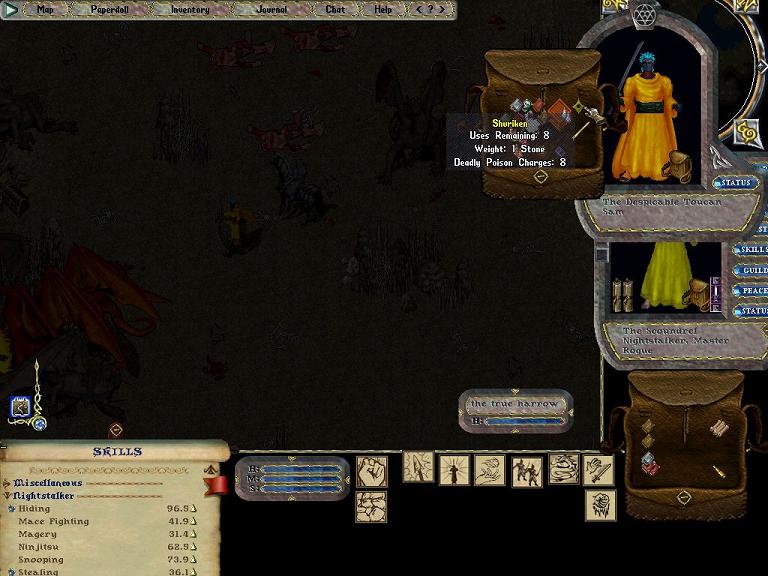 A red had 8 uses left on his stars. I'm sure he intended to use them on me.

He chased me about, I disarmed him and slipped into the shadows, but it was just one second too late, I had already taken a star to the face.

I dismounted and changed to cat form, to lessen the poison, but being naked, it didnt take long to finish me.

I still got my stars though! 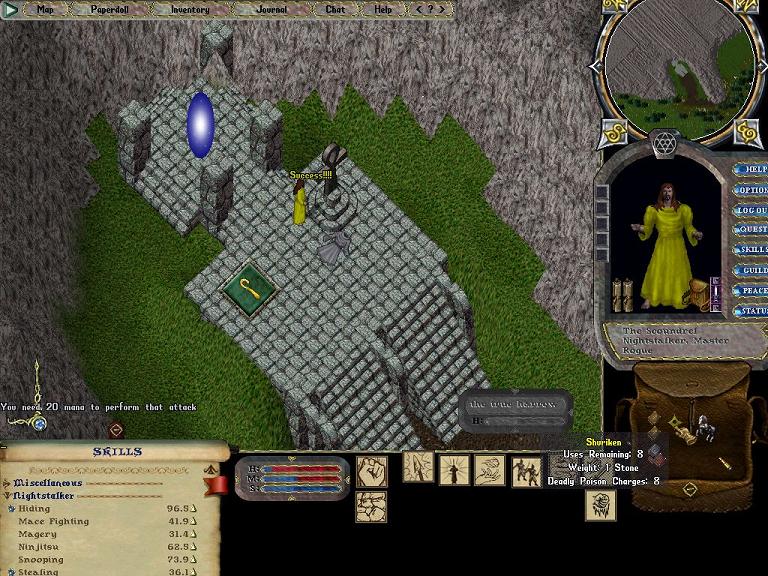