The first steal was from Apache. I was hanging around Luna, training ninja, hiding and stealth when I saw him saunter in. He stopped right next to me so it would have rude not to pop open his pack, right? The first thing I saw was this kryss and I didn't keep looking. I immediately went for it, right in front of the guards. I made the steal and casually walked away. After a few minutes, I equipped the kryss, walked back up to Apache and asked if he wanted to buy my kryss. He informed me that he was about to give it to a friend, so no. He did say that it was a nice grab and wished me well. Nice people tick me off... 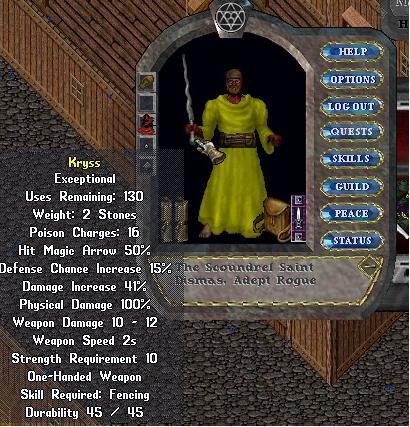 Second steal was from a guy at the bank (whose name I forget). I was spamming that I was buying a nice mage weapon and this guy came out of hiding to ask what I wanted. I said something like Chad's kryss (!!!) and he said he'd see what he had. Well, he came back with this machete. I asked what he wanted for it (as I was waiting for it to drop back into his pack). He said "You should try stealing it" and my machete was in my pack almost before he finished the sentence. 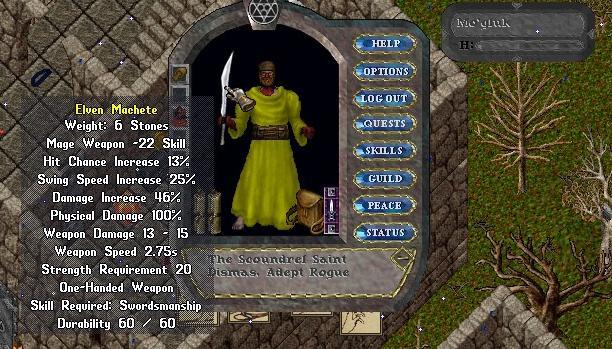