Episode 0262: More Luck Than Skill, More Loot Than Not


Sometimes, a King must give in to fate….

Fate determined this story, I was merely a passenger in fate’s luxurious limousine of awesomeness.

So where do I begin? I was in luna, playing around with a disguise kit.

An absurd pageboy hair cut there….

How could the King of Thieves hide his devilish good looks and distinctive Afro?

As I did this, I occasionally listened in to the chatter of Luna. This haven of filth and tax evasion made me feel ill. The absurd pageantry of the neon hair colors and metallic colored robes.

::Cringe:: Some of these could rival Zemus….

As I listened, I saw a man named Roscoe, looking to join a guild…. He’d been looking for as long as I had been changing disguises.

And suddenly, fate decided what would happen today.

I looked and realized my disguise kit had given me the name of Roscoe too….

A scoundrel had been corresponding with Roscoe in global chat, and truth be told, he was transparently trying to recruit the poor Blacksmith Roscoe to kill him.

Unfortunately, when he arrived at Luna to pick roscoe up to guild him, he approached the King of Thieves….

We leave quickly for his house in an elf infested region of Malas.

Filthy elves… Always prancing about in absurd costumes flaunting their disgusting forms and acting like they aren’t an affront against nature… I’d deal with the elves soon enough….

I am quickly recruited to the guild of these scoundrels.

And fate steps in again… One of these pathetic excuses for a criminal has the audacity to snoop my pack….

My skillful fingers peak into their packs in response.

mmmm…. One, maybe 2 items worth stealing….

We make small talk about player versus player combat. It doesn’t take long for me to discern neither of these guys has any experience beyond murdering unattended macroers their guild house.

I continue to look for something to take from these guys. And then I find it. 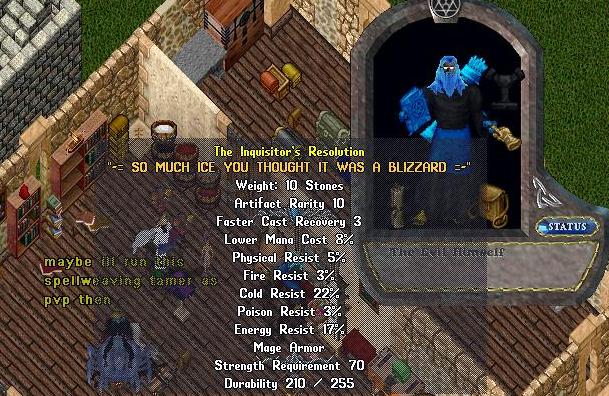 Fate has indeed decided what would happen today. I need no skill with word, fate controls my hands. What is a King but the instrument of fate in Sosaria?

These brilliant guild PKs convince me, that WE should all go and unattended macro our skills.

And after twenty minutes, Fate makes her move.

I summon a swarm of Pixies…. The handmaidens of the King, they know what to do.

The results are incredible. The two would be murderers run in circles as my servants and I dispatch them. 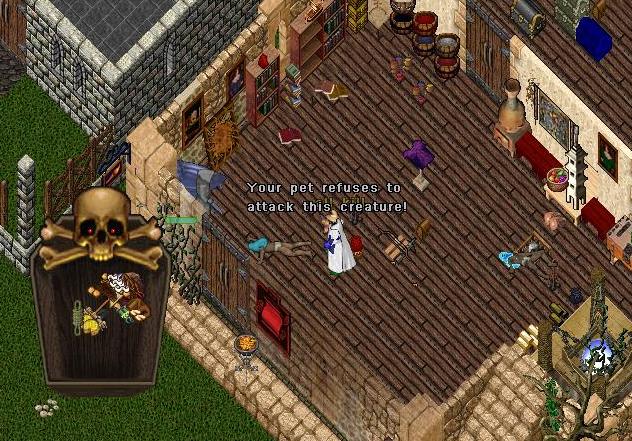 And at once… Like some ridiculous vampire on HBO’s True Blood, I’m banned from the house….

I barely got to inform them who fate chose to punish them…..

But as people always do… They need to feel they’ve had the last word, even if I am the last owner of their treasured belongings. 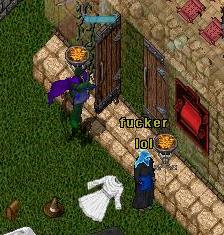 The irony of a guild PK being killed by the King of Thieves is not lost on this guy. But it appears he doesn’t realize that his gloves are the tip of the iceburg…

I inform him, his losses are deeper than his 15million gold gloves… 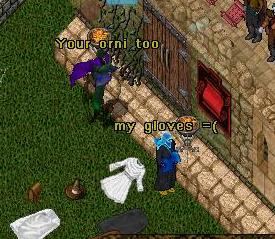 I tell him I am Evil Lord SMuRFY, The King of Thieves and Fate has deemed that I shall be her instrument of Justice.

He has an epiphany about himself…. 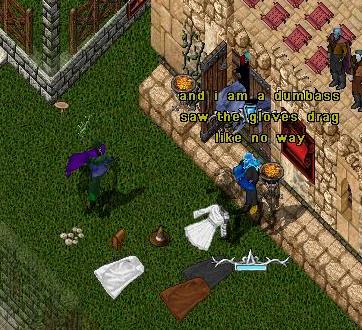 I give him my customary farewell…

For those of you would be guild PKs…

Fate has it out for you.


-Evil Lord SMuRFY,
The King of Thieves, and the Embodiment of Justice.