Episode 0023: The Government is peeking into your belongings
(Part 1 of 3)


What a wonderful day for The Man!

Wandering through the woods east of Yew gate, I encountered a murderer doing battle with an executioner. Being The Government, I immediately went rifling through his belongings without his consent. 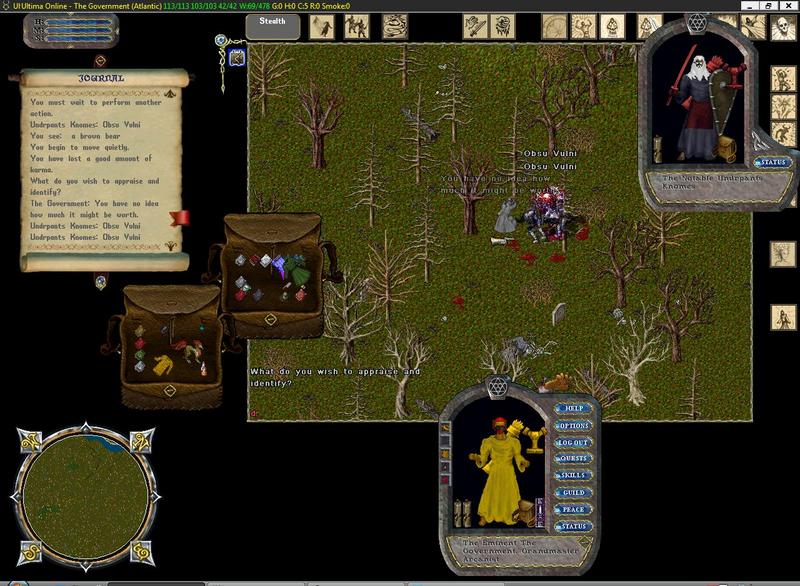 Much to my surprise, there was an odd-colored piece of parchment. 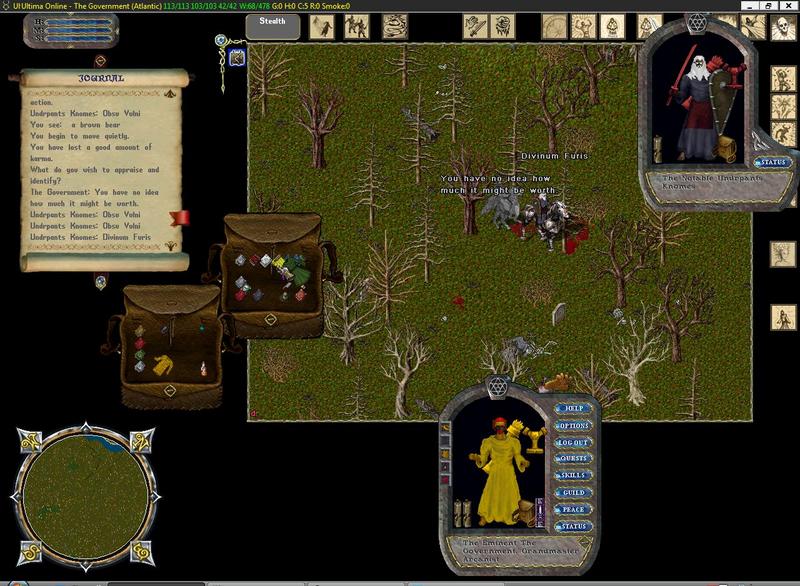 Of course, I couldn't let a citizen, especially a murderer, have something all to himself. 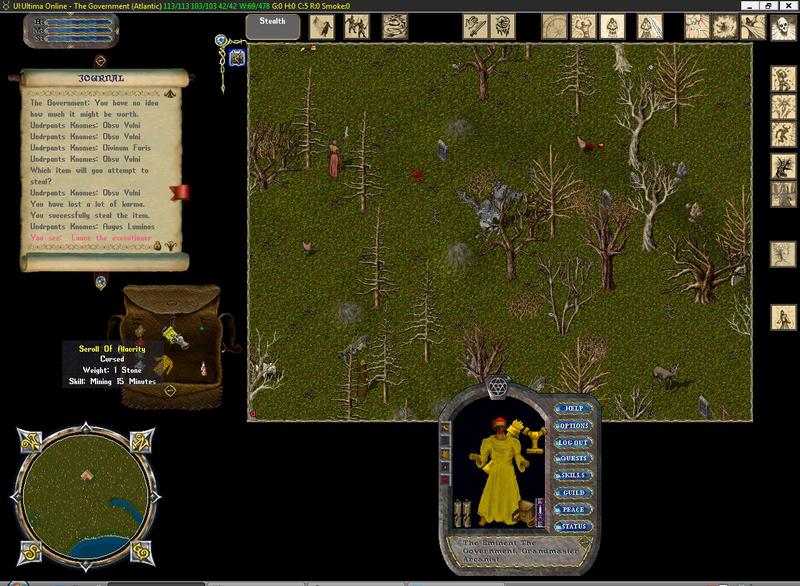 Soon after, I found myself northeast of Vesper. There was a necromancer there slaying a great many monsters with ease. I figured it best to go directly to her pack. Had to be careful, though, as there were a few mages and warriors guarding her. 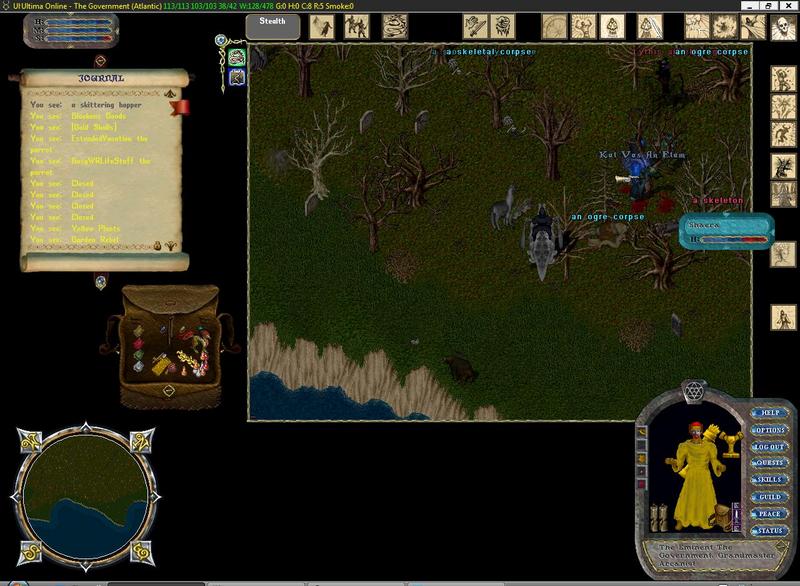 Once her companions realized their attempts to reign in The Government were futile, I decided to check my pack. 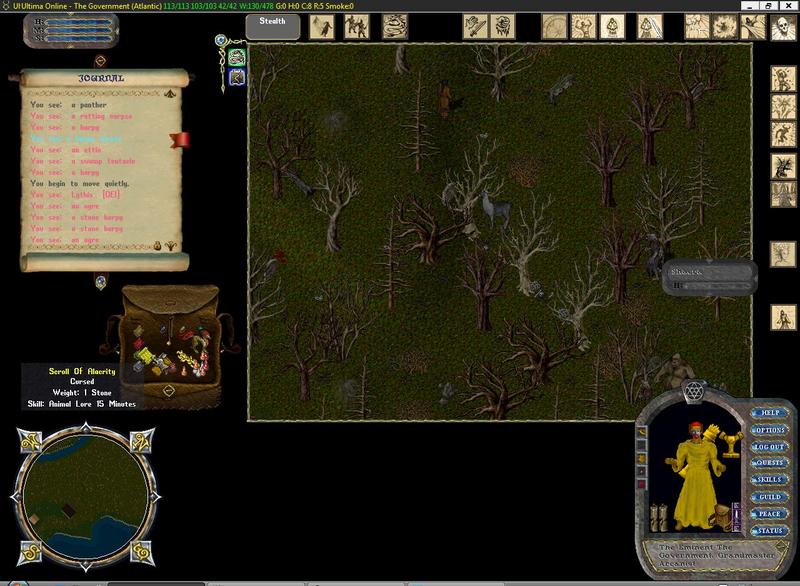 The Government is watching you!