fun with forged pardon "aggro" delay... aka how to kill every single npc in town at once 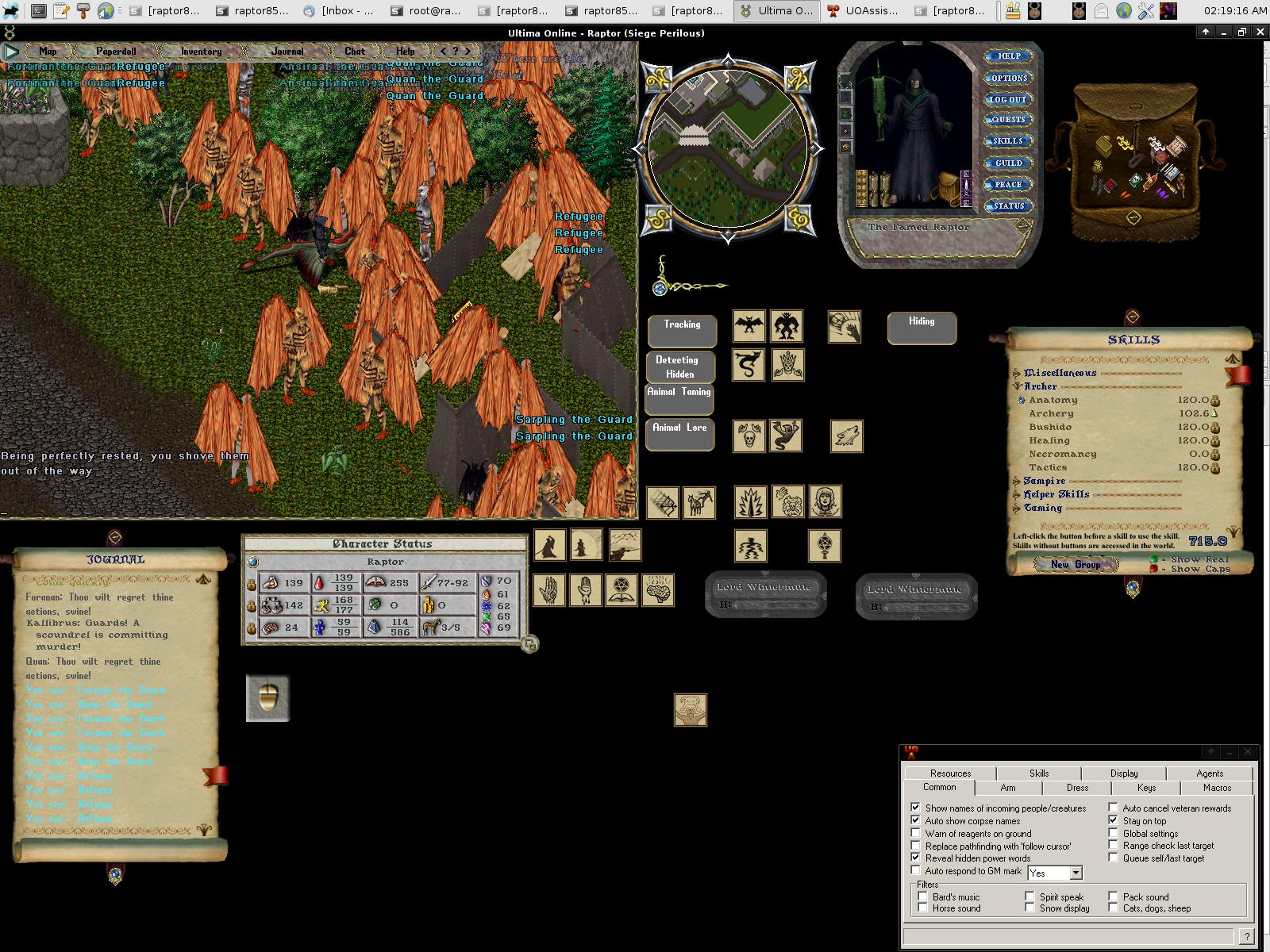 when pardons first came out (i reported the bug, dunno if it was ever fixed) when you went from 5 counts to 4 it changed you from red to blue but the blue town npc's still acted like you were red and would aggro on you. Seeing as you're in town and actually blue, it would flag them criminal and the other npc's would helpfully call guards on them for you guardwhacking them instantly in a beautiful chain reaction that filled the towns with guards and killed everyone just by the act of walking through. I did this at the gates of termur because of all the refugees that hang out there respawn very quickly so the guards everywhere just kinda got out of control (every gargoyle in the picture there just guardwhacked a npc seconds earlier, you can kinda see how it was working in the chat logs, lol)