I had just about finished an assassin template, and needed to try it out. 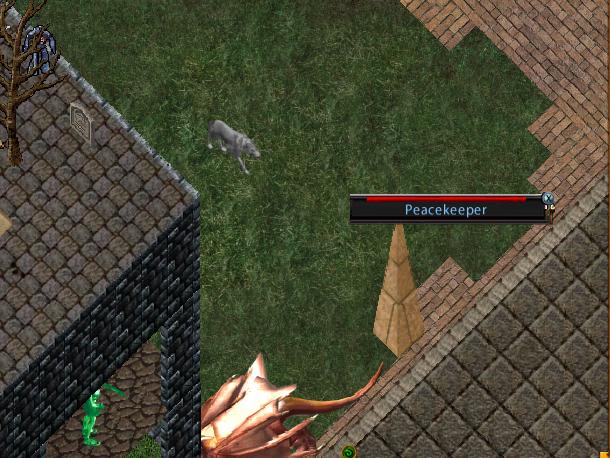 A lonely dragon, walking by itself.

Hmm, or maybe not.

I decided to follow him as he was the first person I saw. Booglerz was chatting him up about tracking and detecting.

Duke had some nice clothes on, deep red like the blood that was soon to flow out of them.

This is good to know.

I played my old harassment game, throwing a shuriken then running out of town. Somehow that bored me. I went into Luna bank. Bored. I decided to go home for a bit, and I saw Duke walk near when I opened the gate. I was ready with a shuriken and my explosion pots. 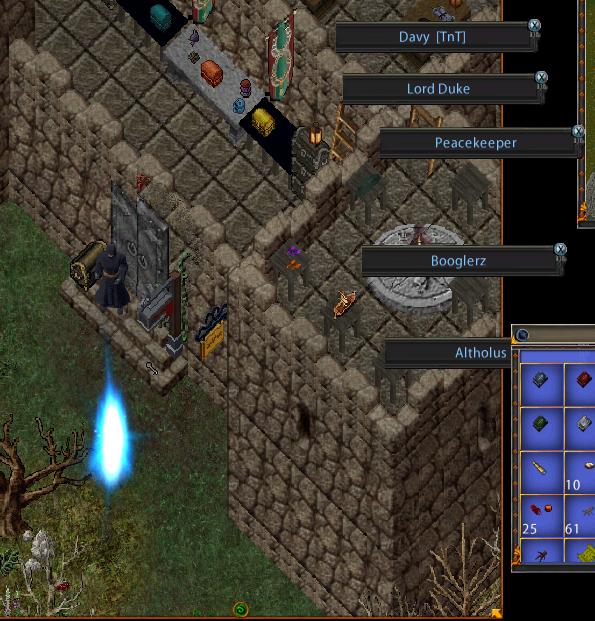 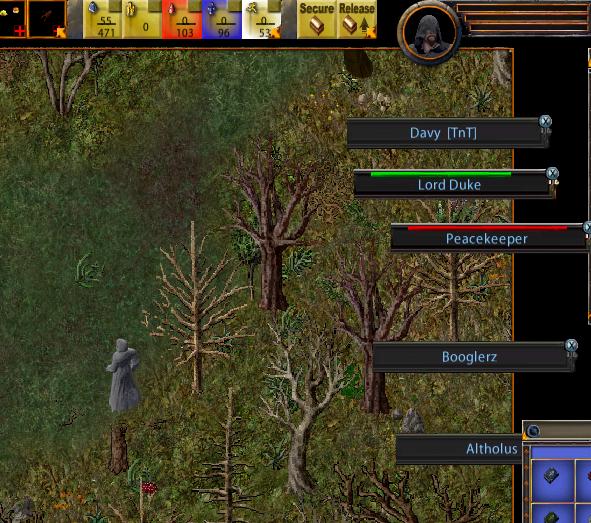 So quickly that the next thing I saw was my own ghost.

You have won this round..


About ten minutes later I was looking for some action, when who do I run into again?

Only this time he's playing with Duracell. Now I'm not friendly with Duracell, but I had to regain my honor.. even if it meant interrupting an honorable solo fight (not counting the greater dragon). I flung a shuriken at just the right moment.. Duke took off running into town.

He ran and ran.. my heart was racing as his health dropped lower and lower. In a second he would be dead. Those clothes would be mine. But then I took a step too far and he was ready. 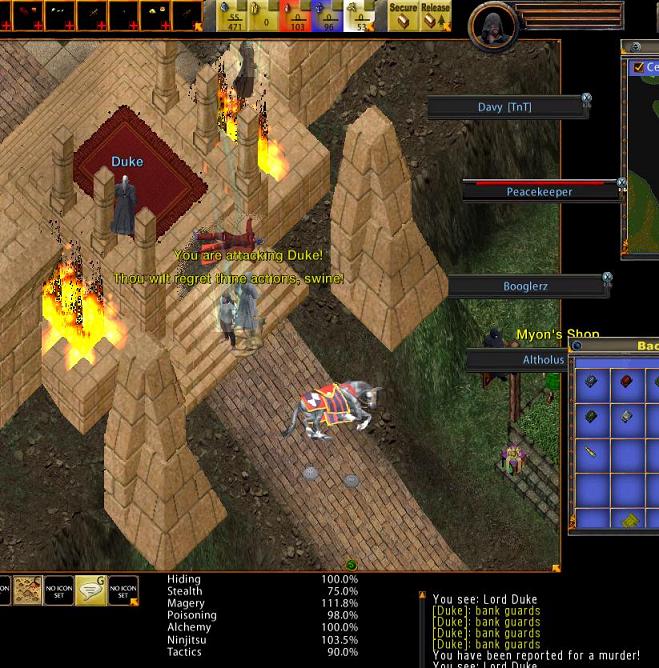 *points to the murder count!*

He looted bits and pieces off of me, including two of my fish steaks.


I would call this round a wash.

Hmm, what is this? 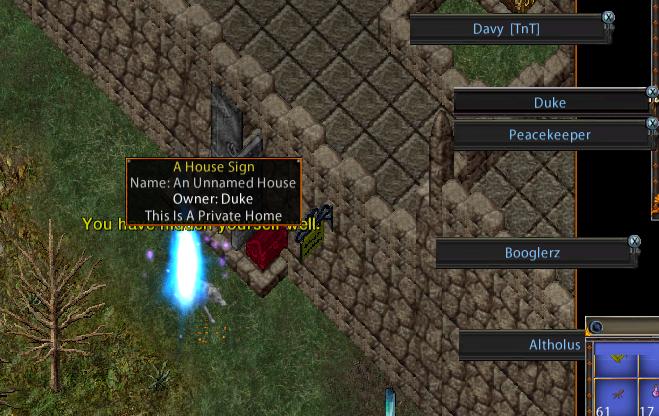 Ah, so this is where you moved. 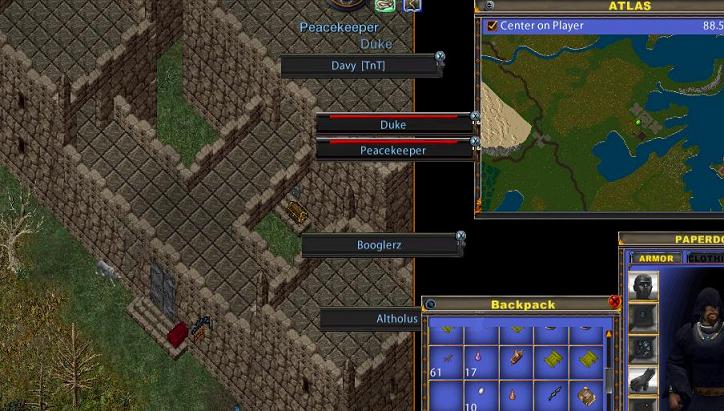 I waited for him.. something told me he would walk out the front. 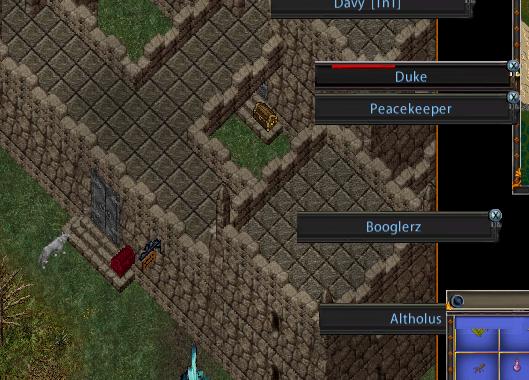 My fish steaks are good yes? Alas my poison isn't strong enough. I couldn't believe my luck, he was walking right towards me. I once again stood ready with shurikens and explosion potions. 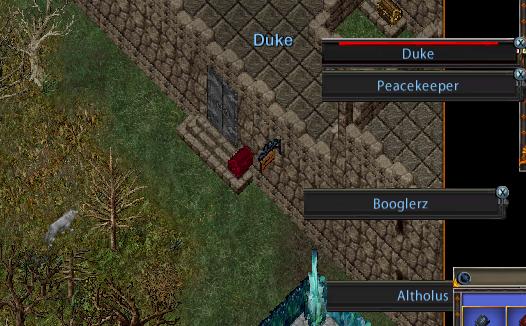 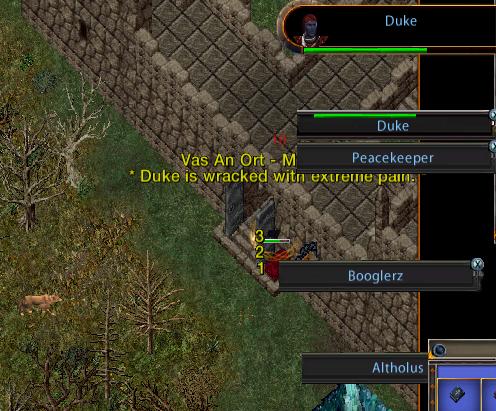 He cured it a bit too quickly.. my explosion potions ran out like so many kidnap victims breaking out that basement window. I reached into my belt.. !! That was my only shuriken!

Shamefully I ran away with nothing left to use against him. Back to Luna to restock my belt before a nice nap. 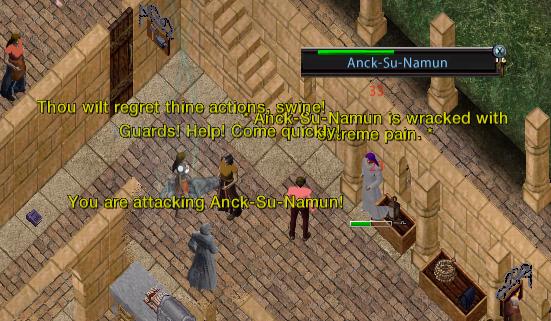 I squatted in triumph.

I was resurrected by a fine fellow and went to take a nap. When I awoke I went back to the bank. 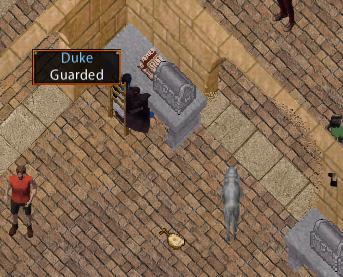 It couldn't be this easy.

It took a second shuriken to do the job. 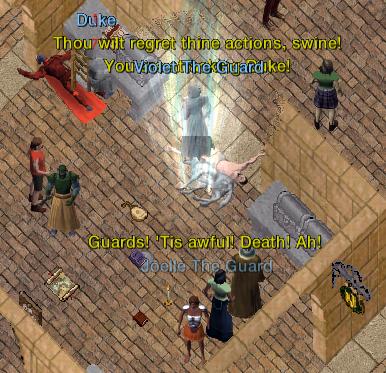 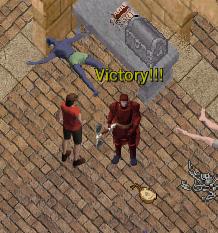 I ran into Booglerz a few moments later. 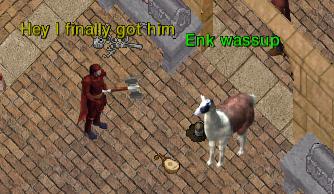 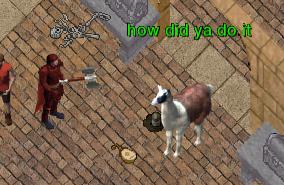 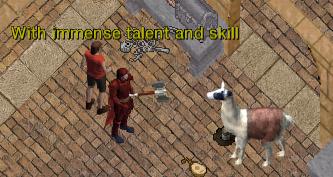 At least I look good.