Ah... Dungeon Destard, home of the terrible Dragons, the looting grounds of many. 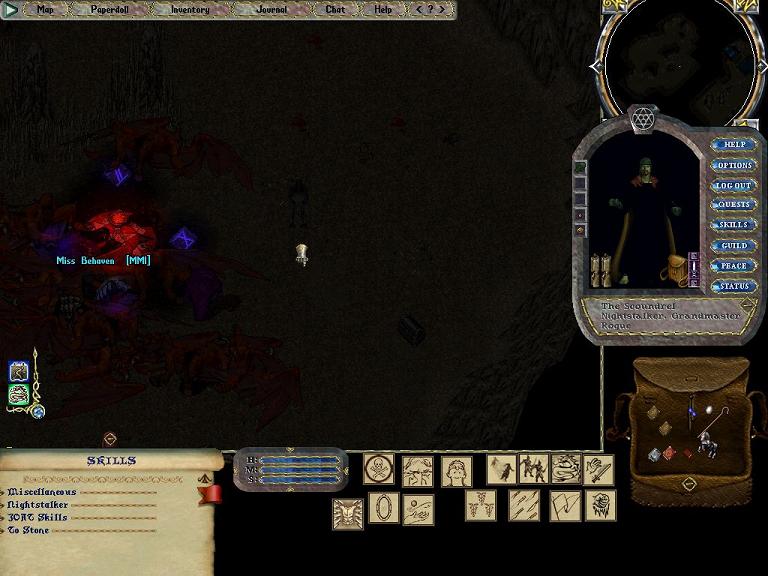 How long has she been here? Surely she has accumulated much wealth! 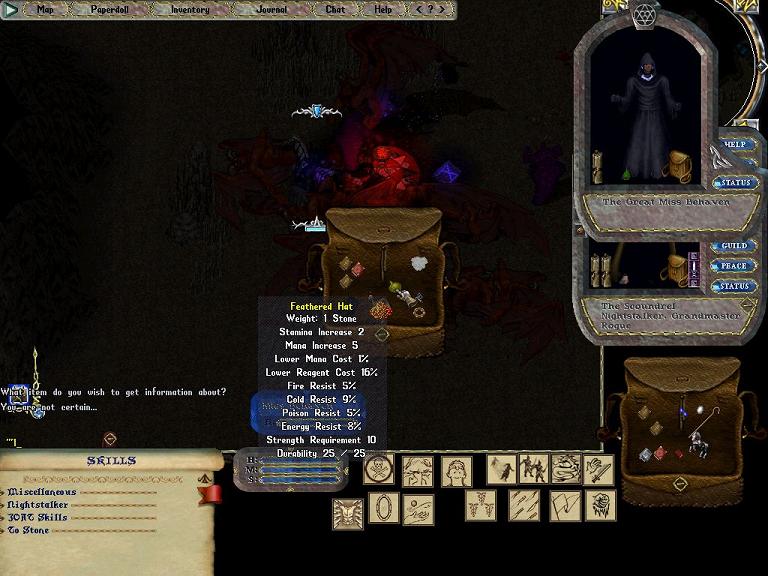 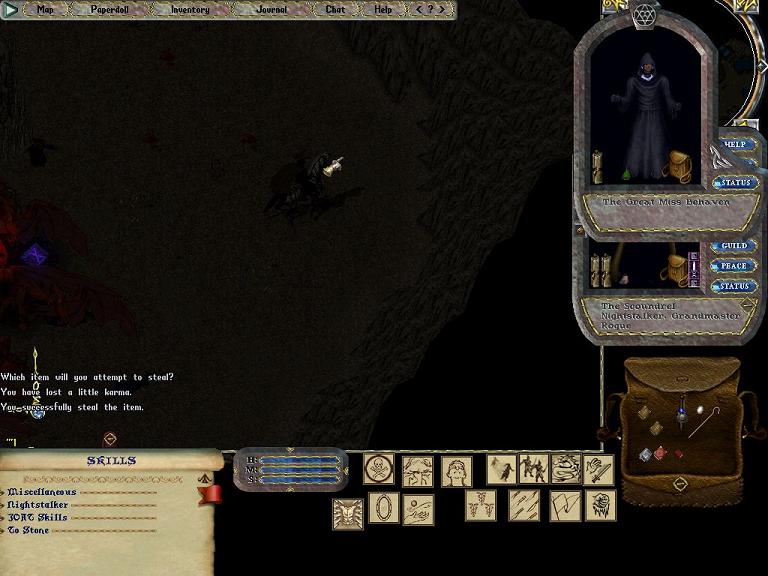 I announce my arrival and let the games begin! Now...* ponders * how will I get that gold from her? I wait around and watch her die several times to the mages, but she is very quick to self resurect herself and snatch the loot from her corpse before I could stealth over there and take it for my own devious plans.

One more time, she resurrects herself, and just stands there, red lined. What was I to do but turn snake form and poison her? * grins * 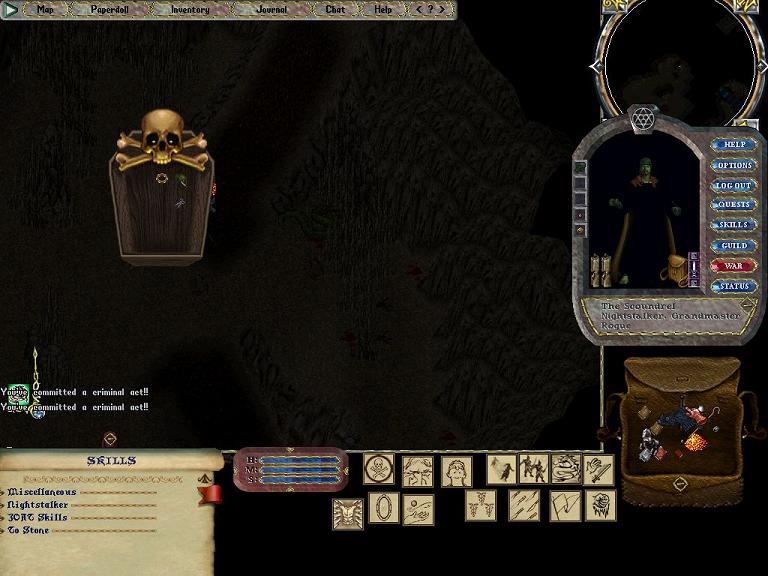 She yelps, "LOL" just as her last breath is drawn... I thought it odd, but she took it well, and didn't give me a murder count, just 16k and a 65% LRC suit ( she had her pendant of Magi blessed )

I took my new found wealth to the cleaners and tried it on... "ah, nightsight too"

As I was depositing my money at Luna bank, Miss Behaven magically appears through a red portal, she finished her transactions, and I followed her through the portal.

I witnessed her re-equipping at her house, "surely she won't be headed right back to the same place.", I whispered to myself... 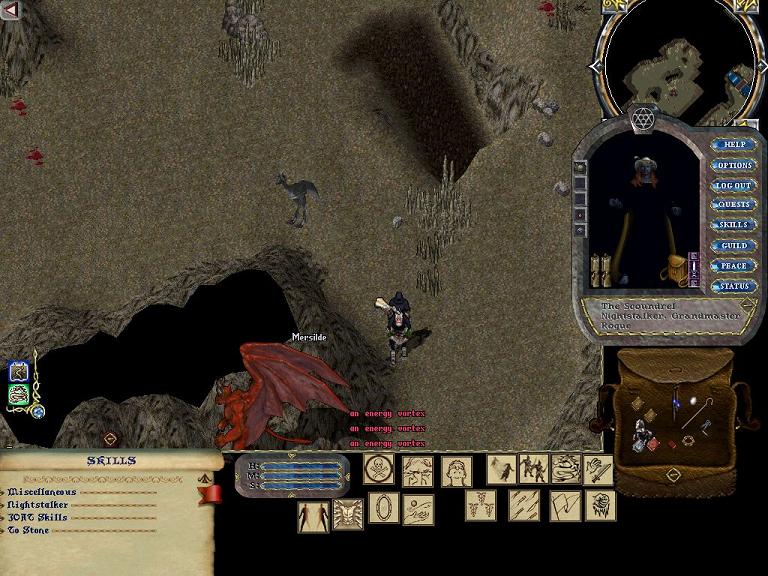 Here we are, once again... she picked a fight with a Shadow Wyrm this time, and it kept sending Flesh golems at her that would knock 35% of her health off with a single blow. I thought, "This could be fun!"

So I went back up the ramp, and gathered a few of my friends. 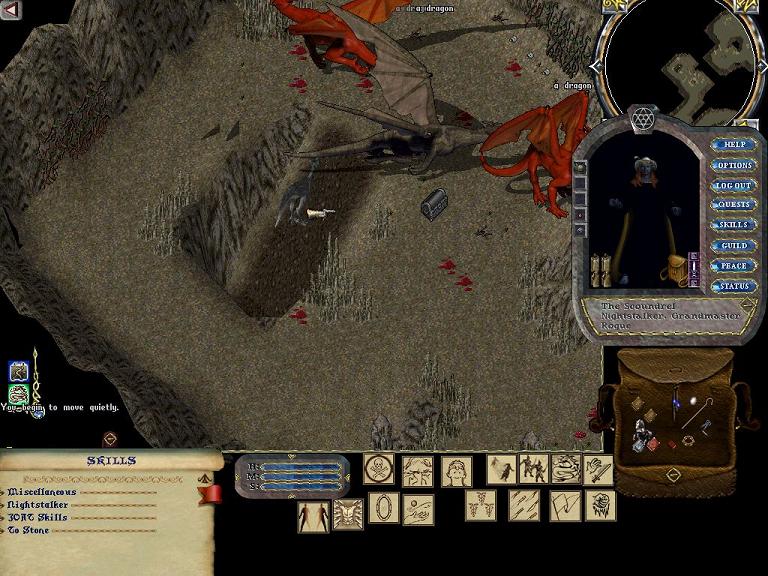 The trap is set! Now I just need to get her to go up the ramp!

It didn't take long before a Flesh Golem chased her up the ramp. 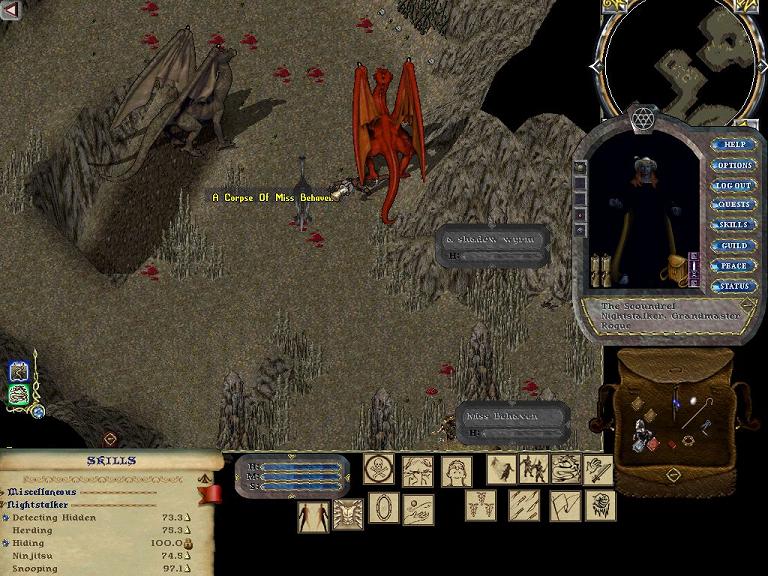 Perfect! I herded my friends away and got a second LRC suit and a few thousand gold. 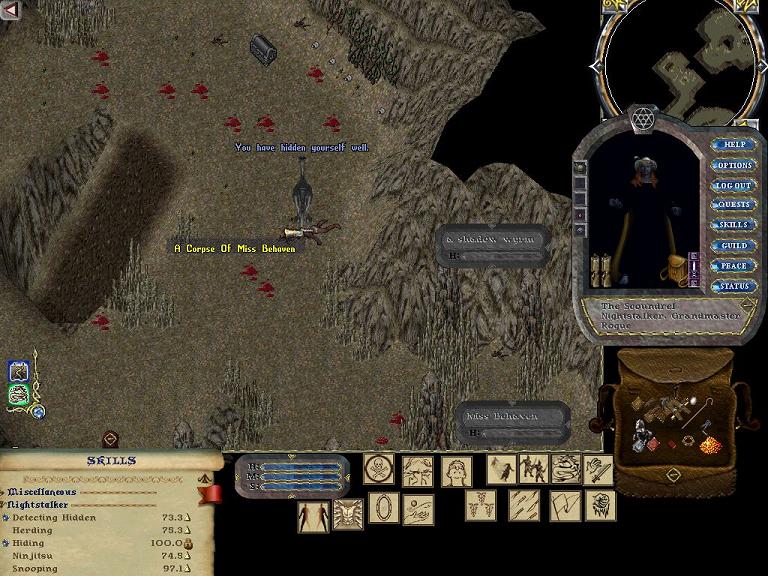 Much to my surprise, she returned a third time... but found her corpse empty. In a fit of rage, she played her music, enraging my friends to the point they wanted to kill one another! So I went to get six more!

When I returned, she had already gone back down the ramp, but I think she called for backup. I took her instrument, so she could no longer distract my friends, and she left. 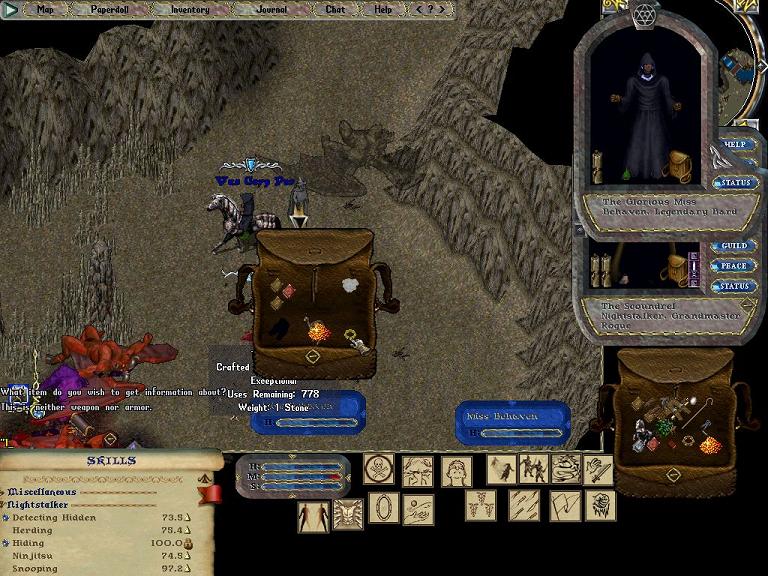 Her friend ( maybe ) arrived... He got stuck in the stalagmites, I helped him along by standing in front of him so he couldn't move... He shot a few arrows at the dragons, but this red was no match. 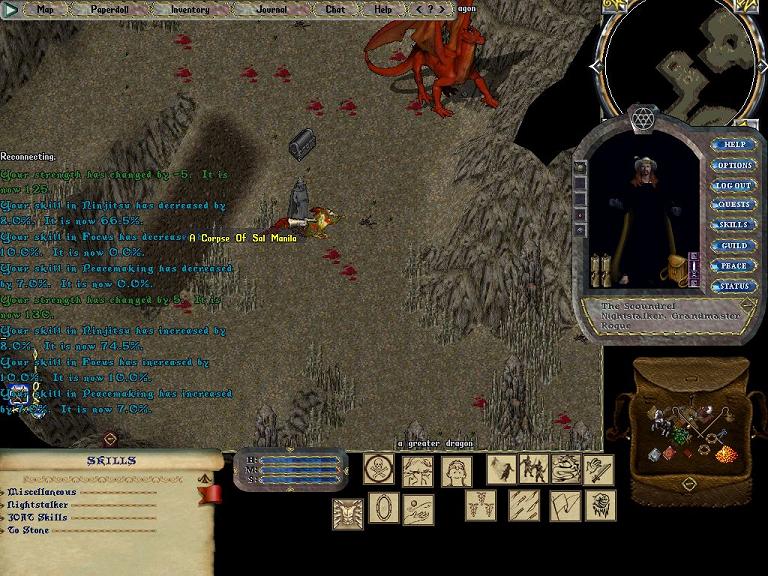 I don't know what magical powers he has ( But I've seen this many times on this shard, sadly ), but when he died, MY screen went black ( client crash ). This is a cheap hack that will be reported Sal Manila... your days are numbered. I did manage to log back in and loot some from his corpse, pressed for time ( due to client crash ), I got sloppy, and didn't lure the greater dragon away in time. I met my own demise, and had a portion of my goods looted from the cheating red.

Lesson learned - Reds are cheaters who can't stand to take an honest loss.

Resolution - Turn this screen shot in to EA to be investigated.

I am a thief with a crook, but I am not a liar.