I'm wandering in felucca's forests, occasionally chased by hordes of player killers...
I'm still angry because yesterday I stole a magery 115 stop but got killed after 15 seconds :(

and I think, let's do a champions run. but the champs are weirdly empty... ice? empty.. swamp? empty... oasi maybe? no, empty "where the hell is everybody..."

and then while I'm sadly walking to the gate at the altar.. what is that? a black gate, I've never seen that open... let's take it

I decide to disguise myself with the disguise kit as always I do and with a ress robe, so I think, in case i get revealed, there will be too much mess to notice another one walking around in ressrobe 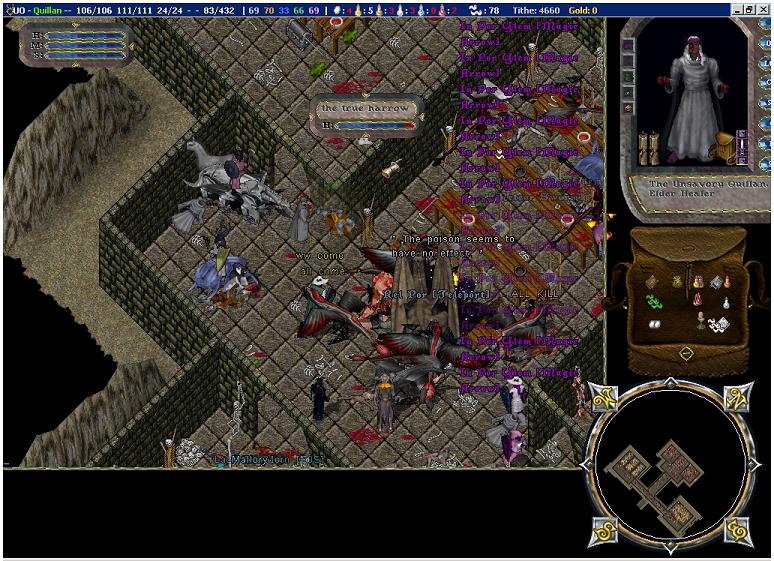 the waiting is very long... or at least seems long, i carefully avoid humans and animals and open some of the packs I have nearby 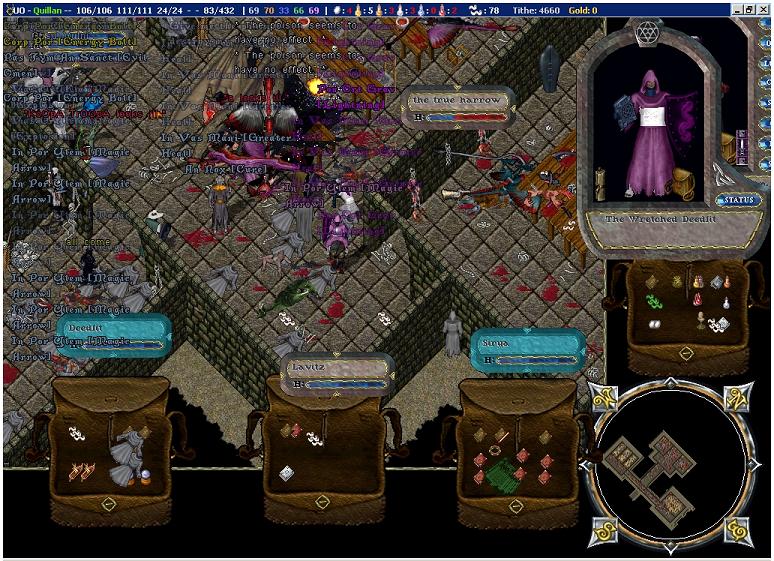 after a while the true harrower is almost dead.. the last spells consume his ending life and my heart beats faster and faster..

and then TA DA

i chase him for a few squares and then hit! stolen oh yeah! before he can even target me i drink my deserved sos and run away a bit, smoke bomb and bye bye. 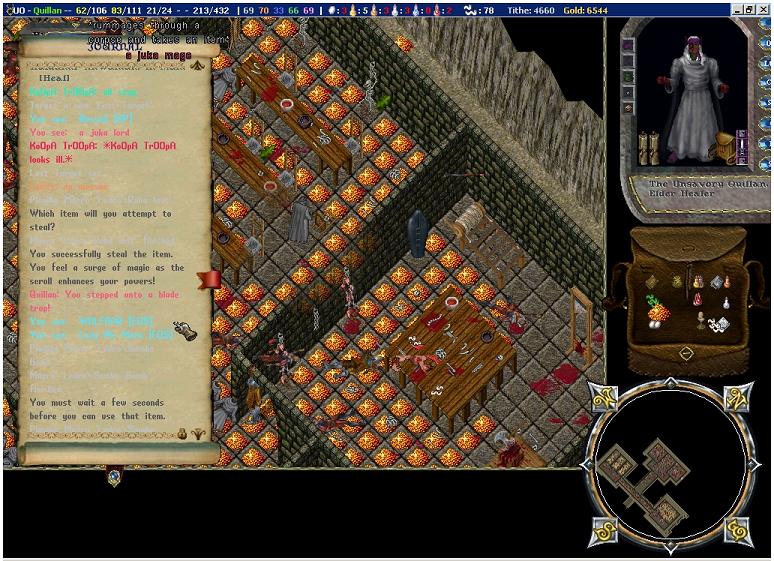 he starts looking for me with Reveal but is too late, I'm already far in the same room, looting some gold^^

I got home satisfied... with +15 stats and some 220k in my bank, without having died once