On Atlantic shard, I thought it would be fun to create a character based on the books by the infamous Shinobi, I'm sure most who read this have read his posts. So I made a few contacts with him, read his books countless times and created the thief template that I felt would fit my play style.

With my thief char done with the non guilded skills(ninjitsu) and not totally complete I decided to just go ahead and join an uprising guild on Atlantic abbv. ACEs. With no specific targets I would snoop them daily just to see what I may be able to snatch some AFKer's at Luna bank.

Now I have played off and on for 11 years, mainly being a merchant, so I know most of the time when selling things I really never insured items and etc. But some of the recent events the item drops you were not able to insure. Thus making my target easy as ever!

On Monday, October 19th, Atlantic held a Moonglow Invasion event of various undead. With ONE and I repeat ONE item drop(EM Confirmed) and it just so happened that one of the ACEs got the item.

Now with hours and hours of spamming this item, I allowed the person to spam for one day...I was super lucky that he didn't sell the item, guess this is what greed gets ya. He even posted [a picture of the item, trying to sell it on the fourms]: 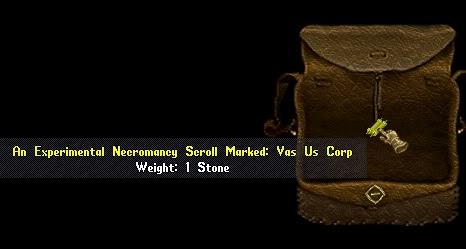 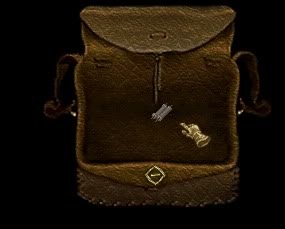 Finally at 2 PM, on Tuesday, October 20th, it was my time to strike and raise my fame in the thief world. I snatched the one of a kind item threw it in my bank and gquit before I could die.

With spectators and ACEs guild members around, talk of this theft went on for hours on end(can't confirm on how long but I had to goto work at 11 pm and they were still talking about it)

Well here are my bragging rights pic :-)...and hope you enjoyed the story 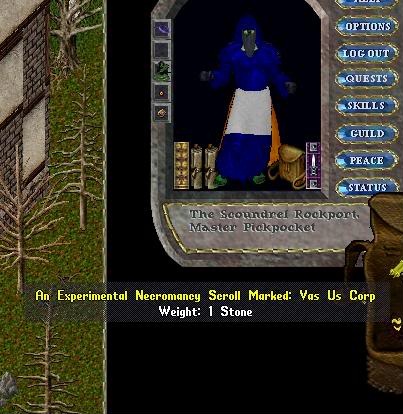