Another day, another IDOC. 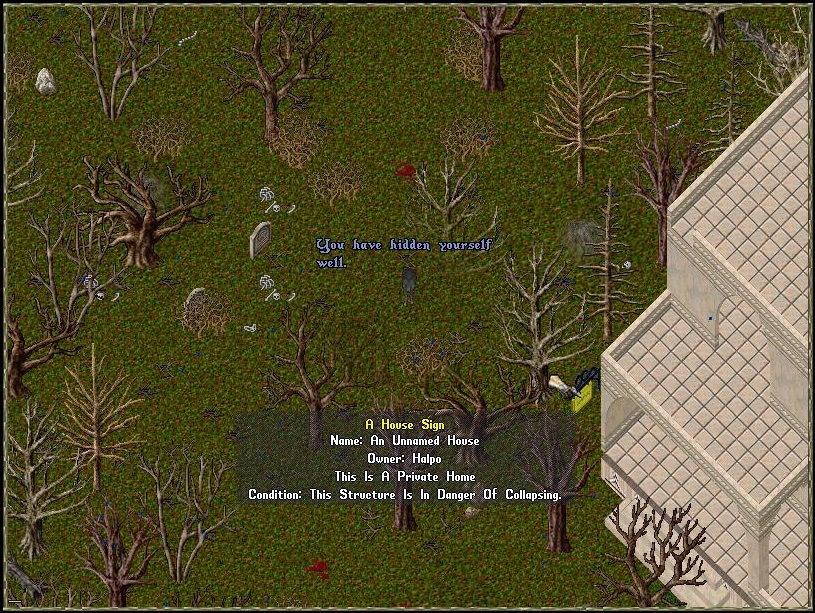 I know what you're thinking. 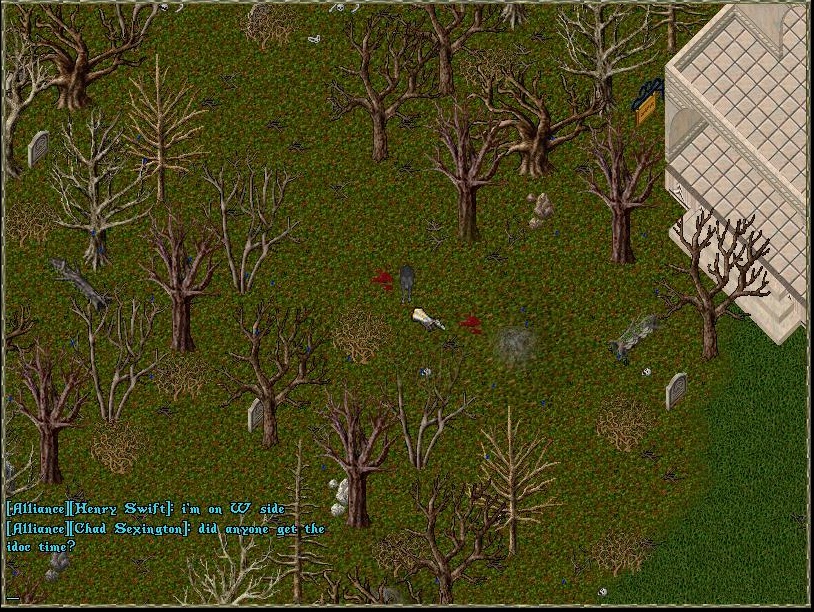 I scout around a bit and track for any unwanted guests and I don't find a single soul.

In any case, it wasn't too long before EM Troubadour lets everyone know that day2 of the nest event was about to commence. 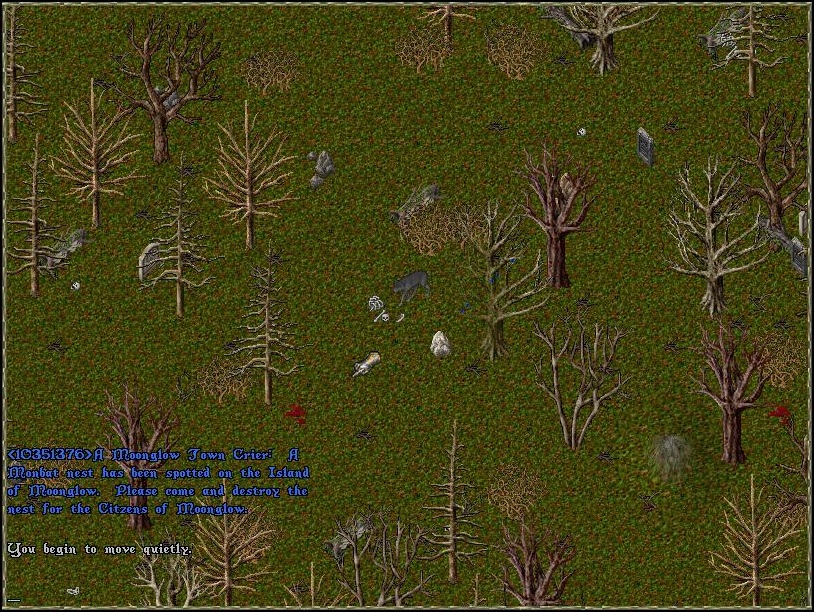 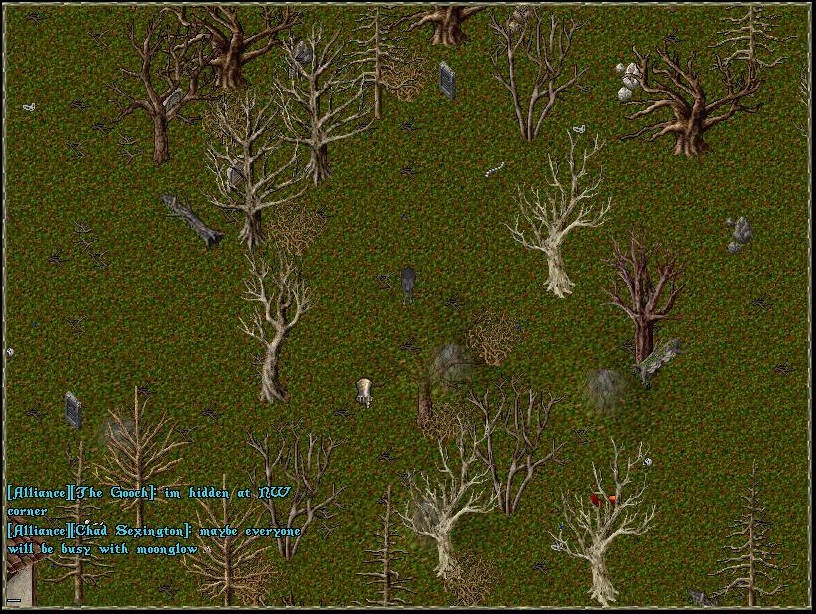 The Gooch and Henry Swift stay and camp the IDOC while I head off to Moonglow to finish what I started. 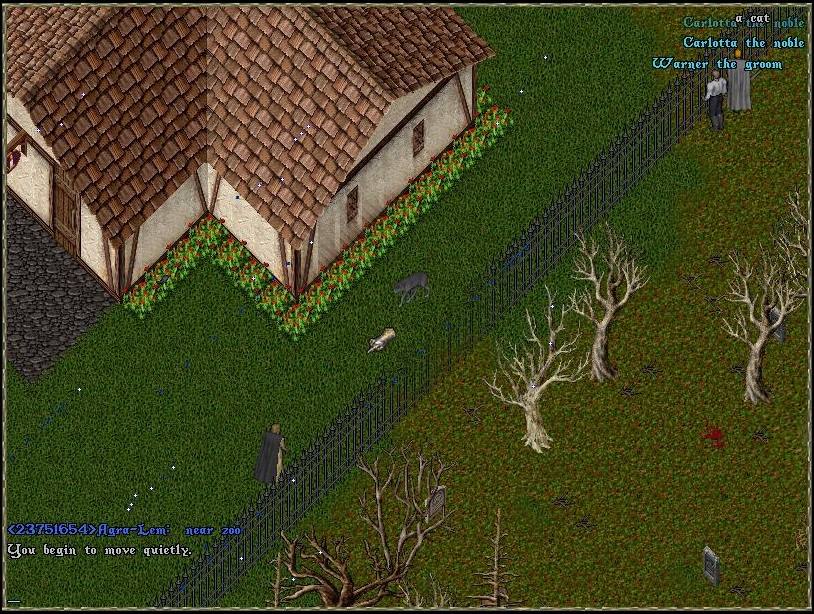 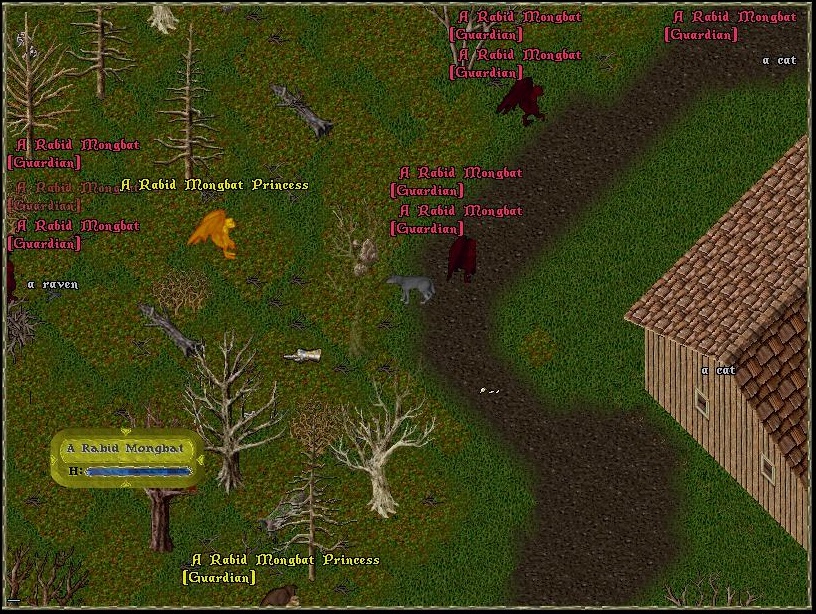 I find what everyone else was looking for, but I was in search of sweeter meats.

And besides, just like yesterday, they weren't carrying anything worth taking: 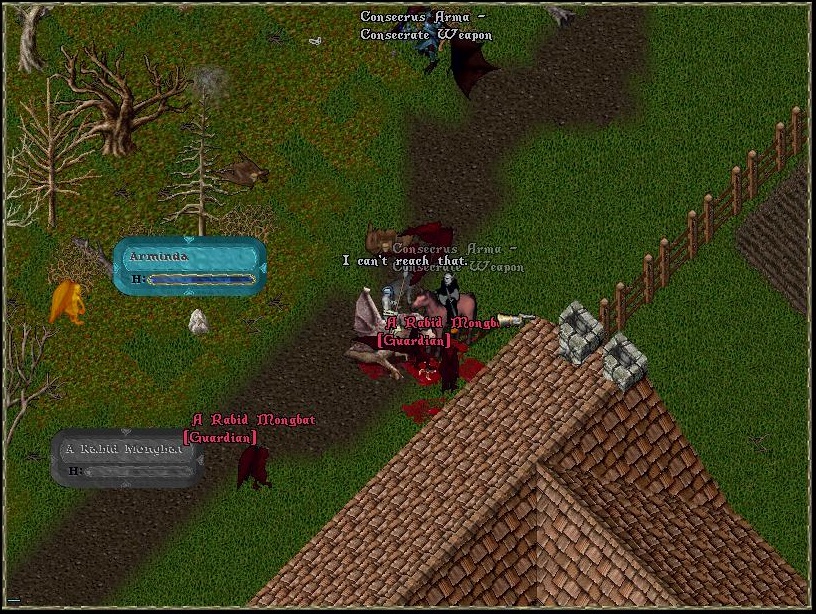 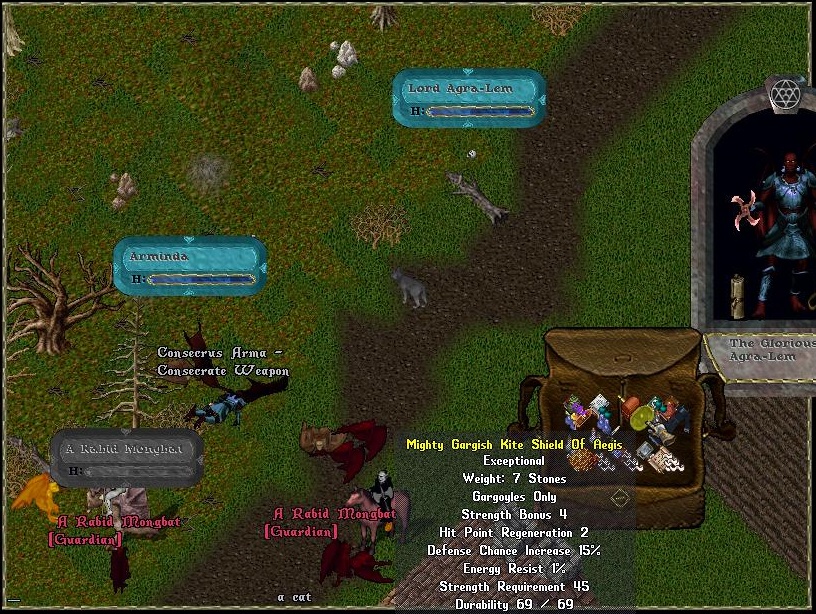 I swing back around to the moongate and just as I do, Fate makes up for last night and this time, Hand of DooM materializes right before my eyes. 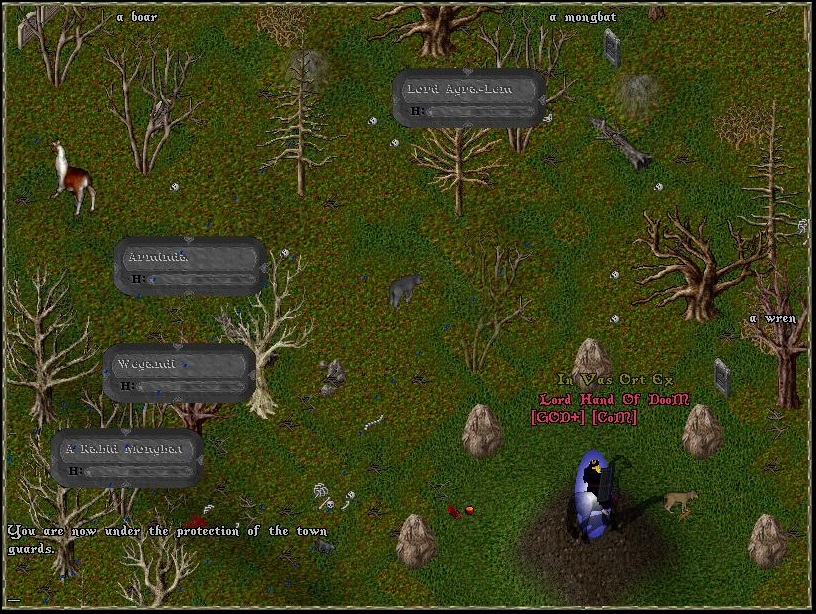 (I get into position as fast as I can, right between the moongate and the bank, and I wait for him to come to me.) 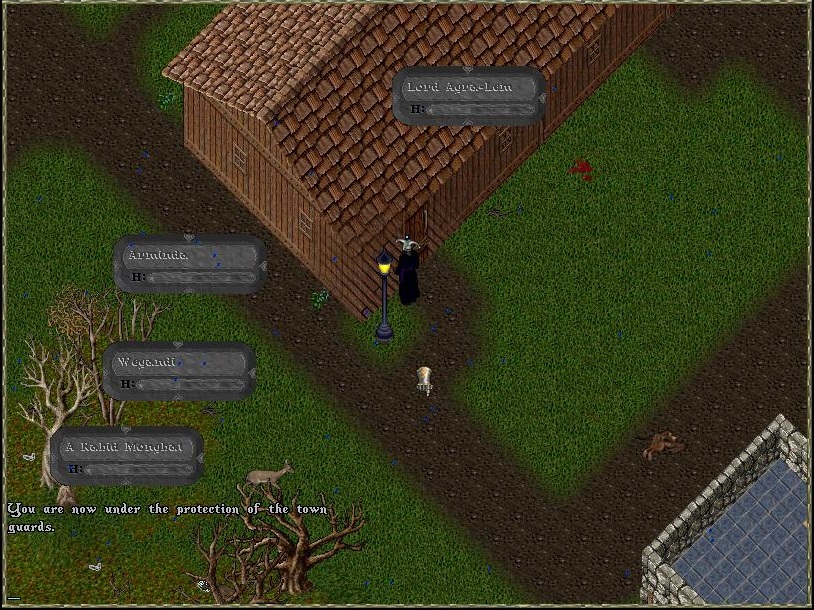 Wegandi (a naked savage man in savage paint) runs South from the bank with Hand of DooM right behind.

And I stand, stare, and don't move a muscle.

Magic Arrow, Lighting, and Explosion, back and forth, they spar with me in full view: 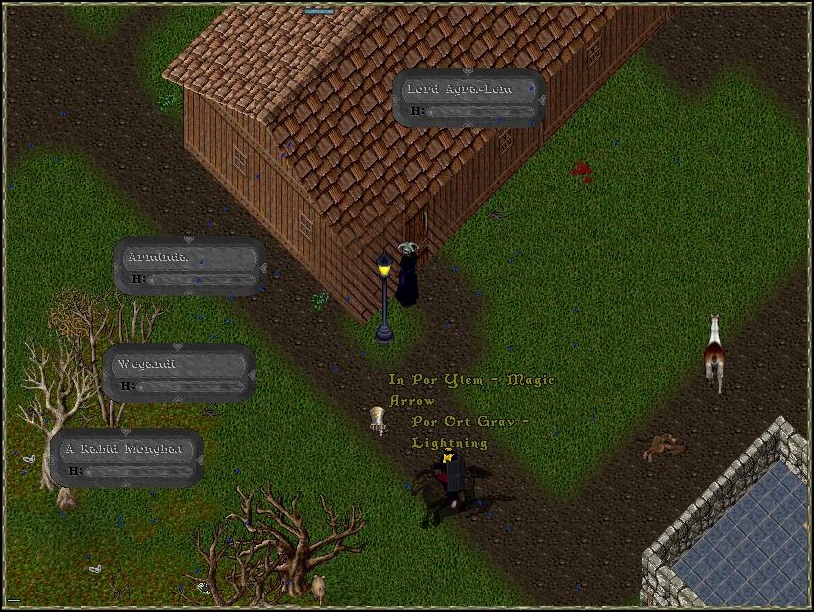 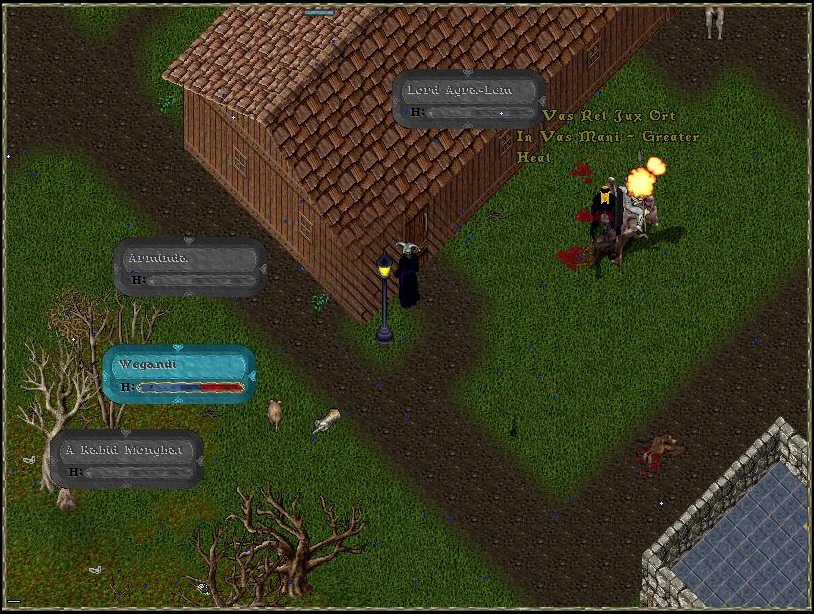 Wegandi runs off to cure his poison. Hand of DooM precasts an Explosion and instead of running after Wegandi, he finally swings in my direction (targeting me). And as the first Explsion hangs in the air he preps yet another Explosion, again, pointed in my direction.

After nearly 24 hours of stalking, the trap is sprung and Hand of DooM proves to be as easy a mark to read as any mark has ever been read before. 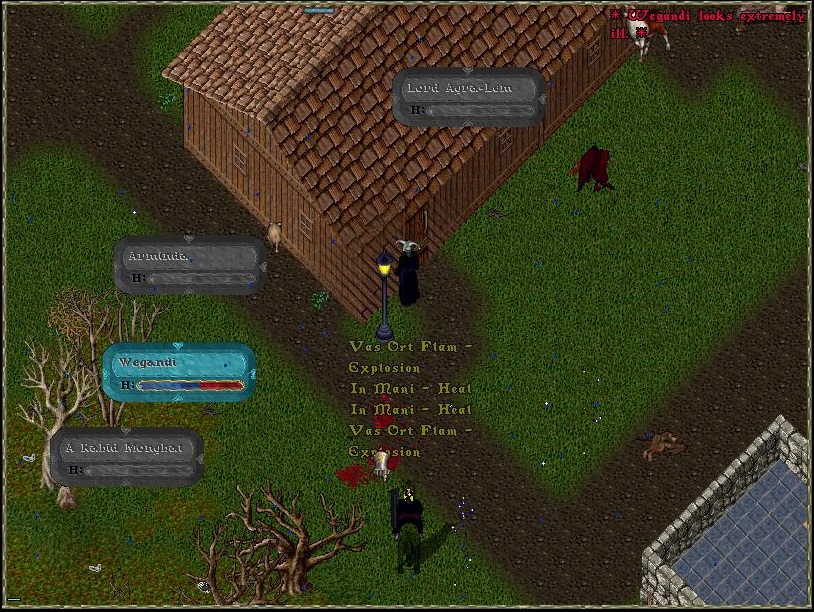 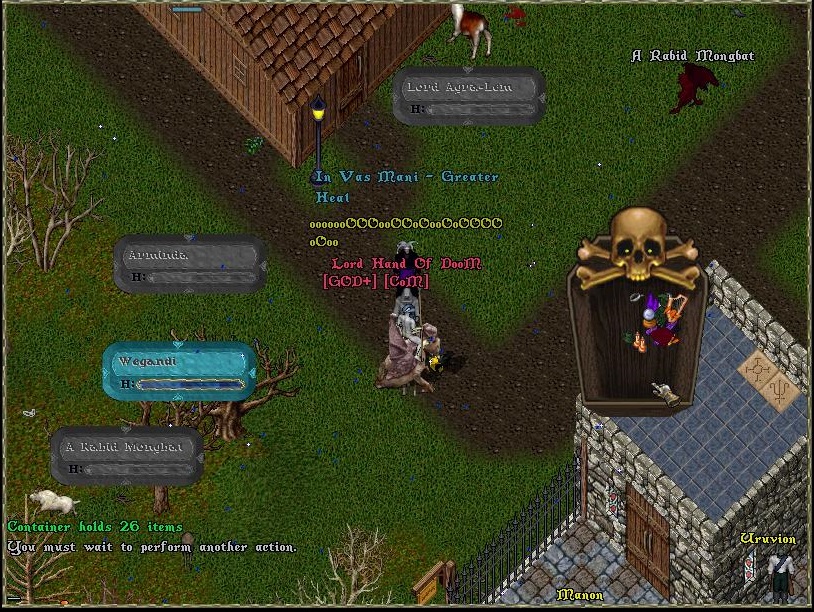 I drop to half health and Hand of DooM takes a halberd to the face and is down in an instant.

Wegandi and I both run over to his embarassing corpse and the race for his well-earned loot was on!

He was filled with a few faction artifacts, high resist imbued leather, and an extremely high end set of jewels. Wegandi and I end up splitting the loot, including the jewels, and he sprints off as fast as he can before I even have the chance to take back what is rightfully mine. 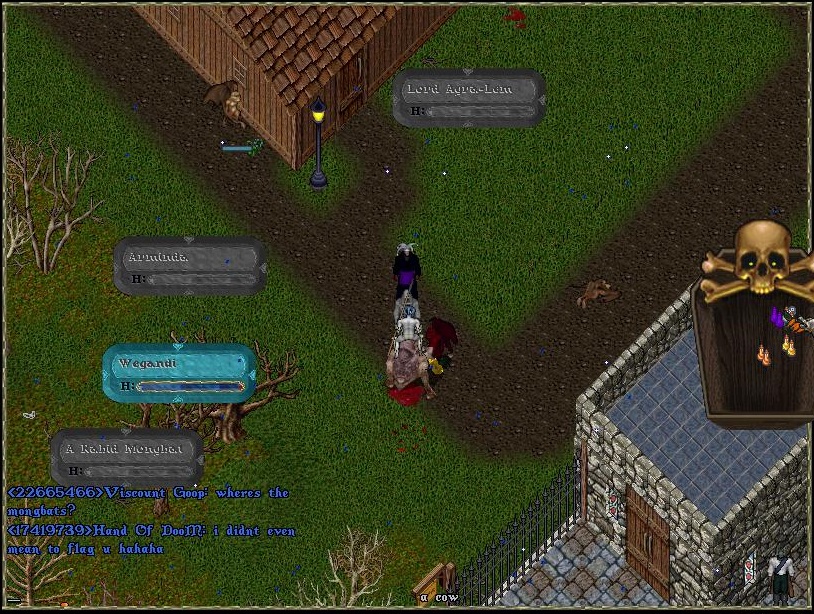 "I didn't even mean to flag you. Hahaha." 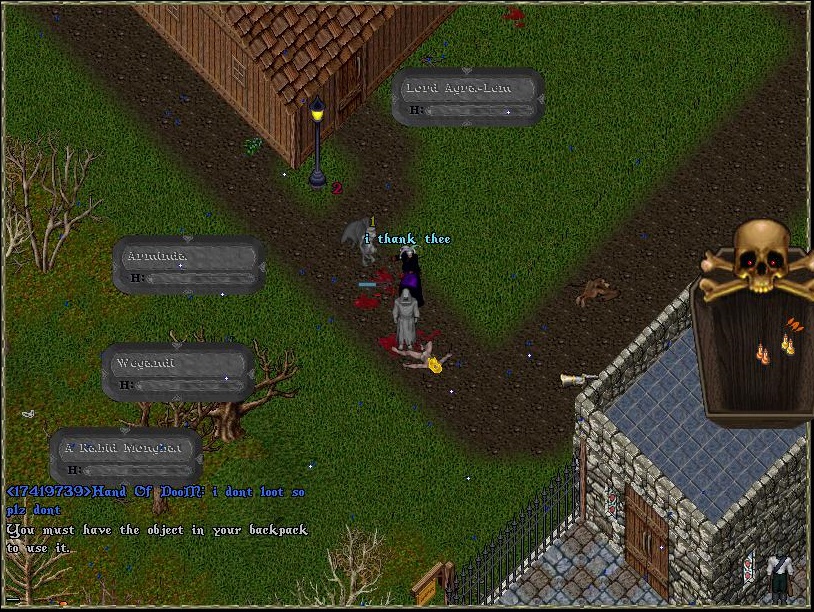 Let me ask you this:

Why would I ever sell back gear to a person who literally just lied to my face?

Did he mean before or after he intentionally dropped his 'Last Target' on Wegandi -- in the middle of a fight -- and aimed two Explosions at my face? I'm confused. 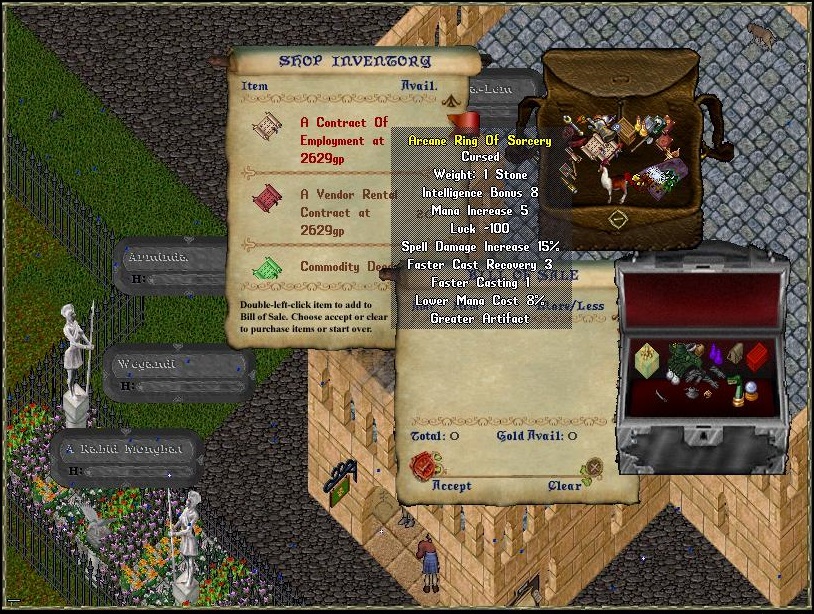 The thing you have to realize about Moonglow is that it's not really a town, it's a city state that occupies an entire island. It's true that there is a main core of the city, located near the center of the island. But there are also mage shops, alchemist shops, farms, an observatory, and even a zoo, scattered all around the edges of its borders. And in many cases, these ancillary structures have their own little pockets of guard zone protecting them. You can think of Moonglow as an island littered with these guard zone traps and no one ever knows where they begin and where they end -- unless you're looking.


I help myself to a nice looking Heavy Crossbow from Morgan Ironfist before leaving the island and calling it a day: 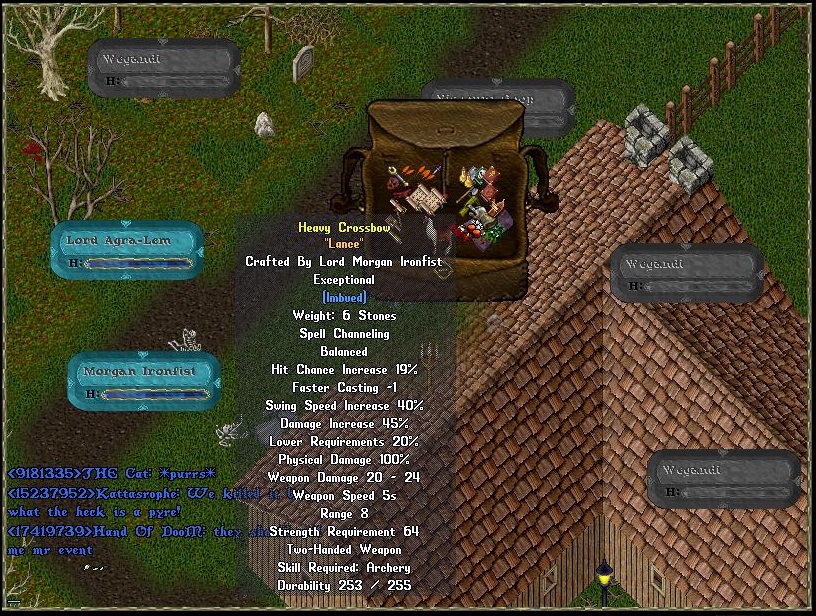 (And yes, I left out a bit where I died from my bleeding wound and had to loot back my belongings before getting away. But that's neither here nor there.)

A little bit later, I head back to IDOC and find that I had arrived just in time: 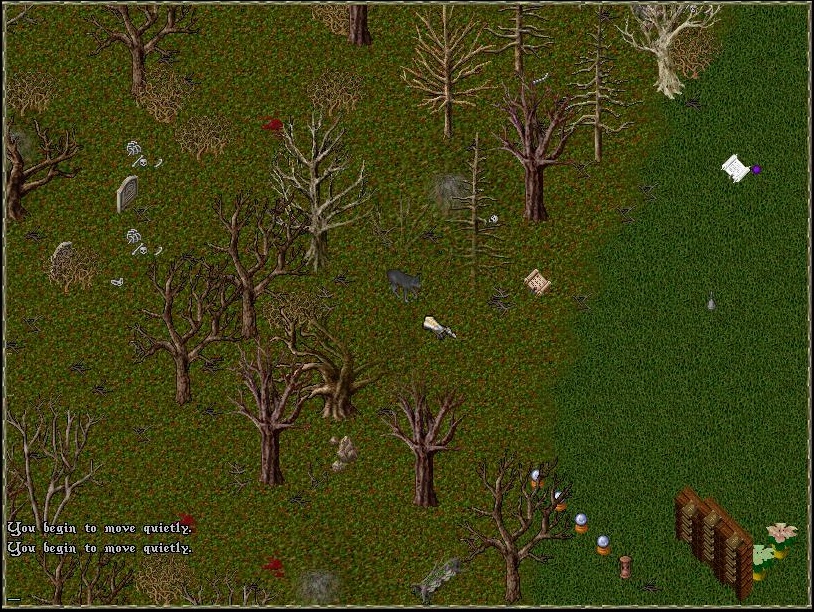 With the EM event provided us the perfect distraction and the entire IDOC went unopposed.

In total, we walked away with a few ethereal steeds, a couple veteran reward dye tubs, a Soulstone Fragment, Nocturn Earings, a Heavy Crossbow, half a pvp suit, and other random treasures.