Some days the facet of Felucca contains slim pickings for a thief. And on other days, it’s just good to be King.

I don’t think it requires much more of an explanation. I’m not sure it even really requires narration. 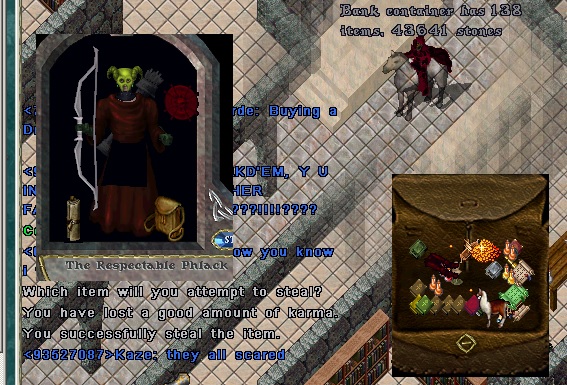 I thought it was just my lucky day… I really was considering to go to sleep.

I decided I’d turn in the Minax artifact and call it a night. And then I ran into Yane turning in his own newly acquired Minax artifact.

What resulted was predictable. I ended up turning in TWO newly acquired Minax artifacts. 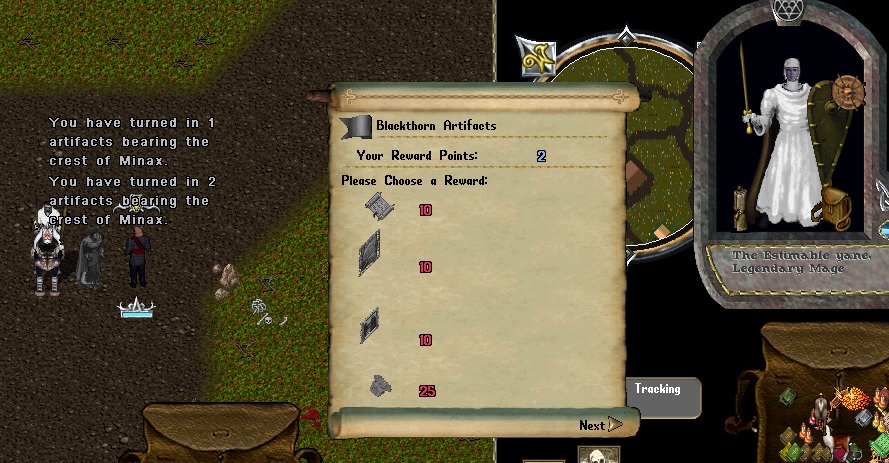 Things had gone so well that I decided that I would just make quick rounds and see what I could rustle up. 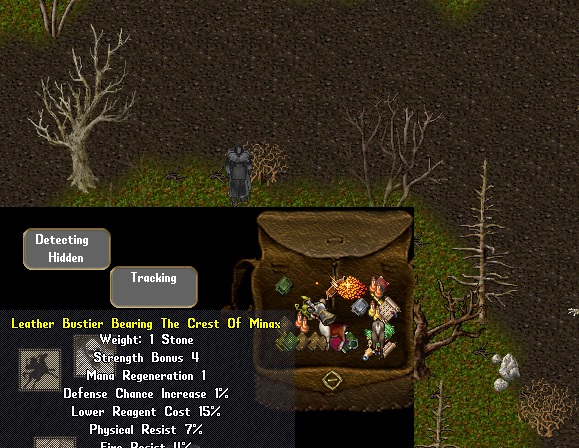 And then things just got out of hand…. I found CROWDS OF PEOPLE. Great crowds so large that I forgot to memorialize things. My hands were moving so fast that my brain couldn’t keep up. And best of all, nobody was catching on to what was taking place.

Seriously. Nobody seemed to realize they were being taxed as hard as the French… 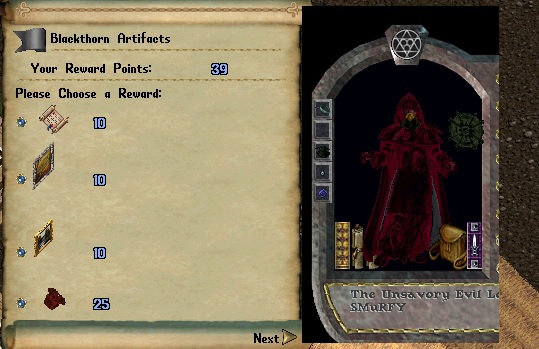 If I wasn’t so thoroughly pleased with the results, I almost might have felt bad for those suckers.

P.S. I can’t actually feel bad for people who require an act of the gods to avoid giving me my due and proper.

At some point between 2012 and 2013, Ultima Online was patched so that players are no longer required to unlock an item before taking it from their house.

This is the second so called “SMuRF Nerf” to thieves in Ultima Online. (the first being that UO Event Moderators can no longer be robbed by thieves).