Another beautiful day in the Barter Town Stables, and this pack llama isn't going to abuse itself! 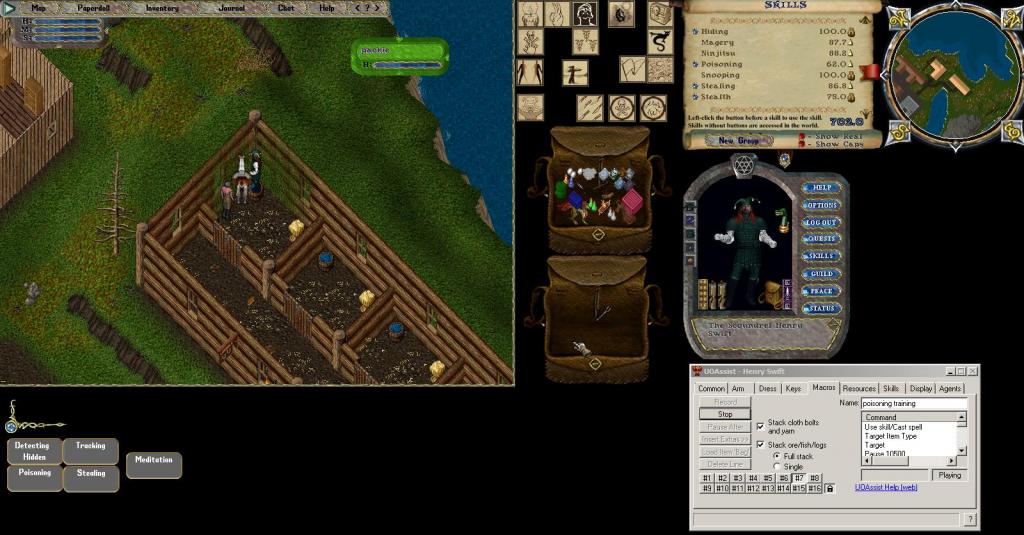 I give it everything I've got, but soon enough I grow weary of the needy llama's incessant desires

"Just one more time," it croons.

"We're in a stable," the doubting llama pouts, "I imagine it's not adventure you're smelling."

Adventure likes to be found in the least likely of places, so on this night I ask myself where would I NOT expect to find adventure? The answer is clear and immediate.

To Yew Gate we go! And what do I find at the moongate of Yew but Lucian the shield-wielding mage and Gamer X patrolling the meager remnants of an IDOC! 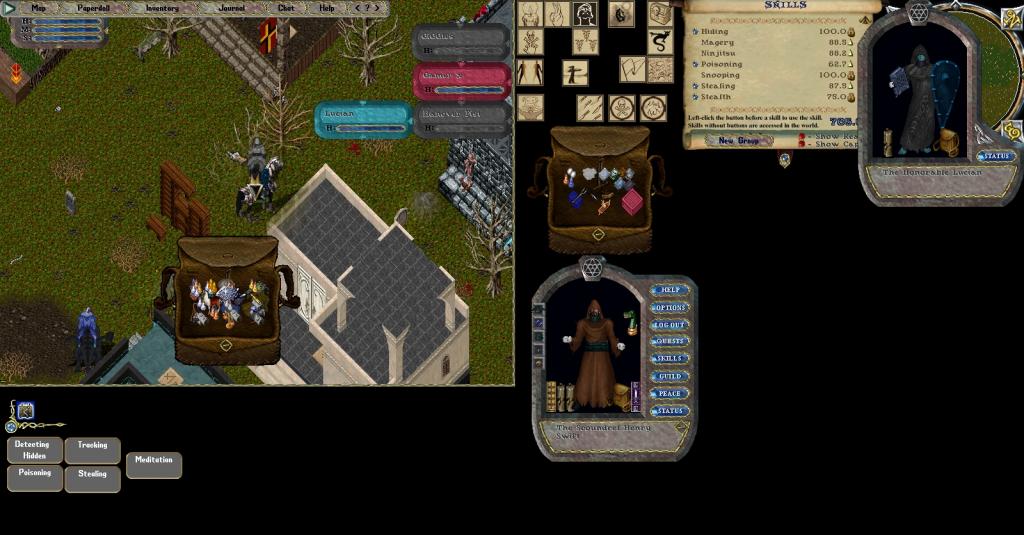 And nobody told me?

I pick through the paltry leavings and, my wooden bench quota having been filled earlier in the week, begin to inspect the visible hangers-on. Gamer X carries nothing but field supplies, and not in my brand.

But Lucian is carrying a treasure trove! Gold, silver, pots, bandages, and... 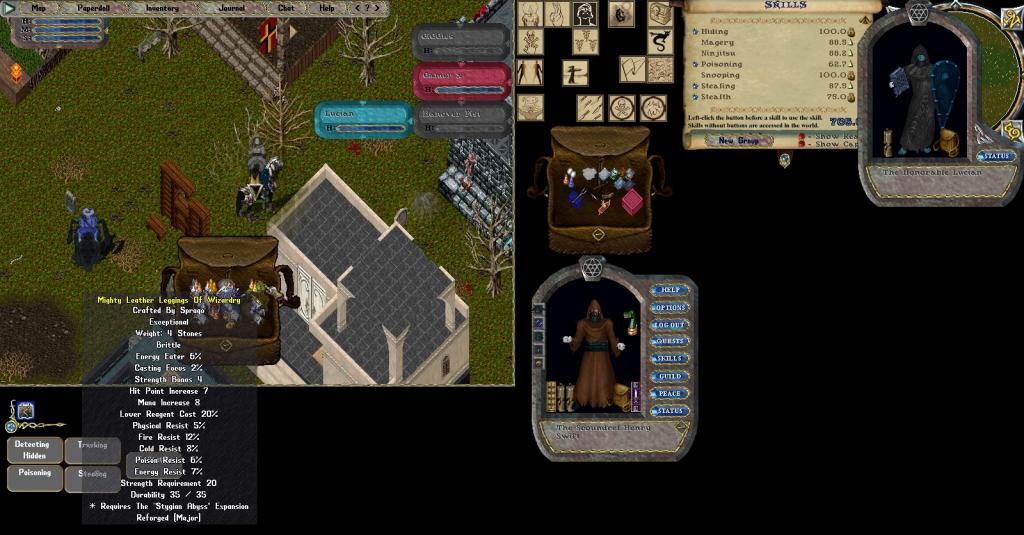 This nefarious wizard has swindled a poor gladiator's trousers! Nay, says I, this sort of foul play will not stand! I decide then and there to liberate the magnificent leggings and return them to the bare-legged warrior they belong to.

(Perhaps a reward will be offered?)

With a patrolling red and a number of stealthers skulking about the place, just waiting for a keen-eyed adventurer to make a wrong move, I decide a mounted assault is the way to handle this. I line up, target the ill-gotten pantaloons, mount my trusty steed, and strike a blow against Trouser Tyranny! 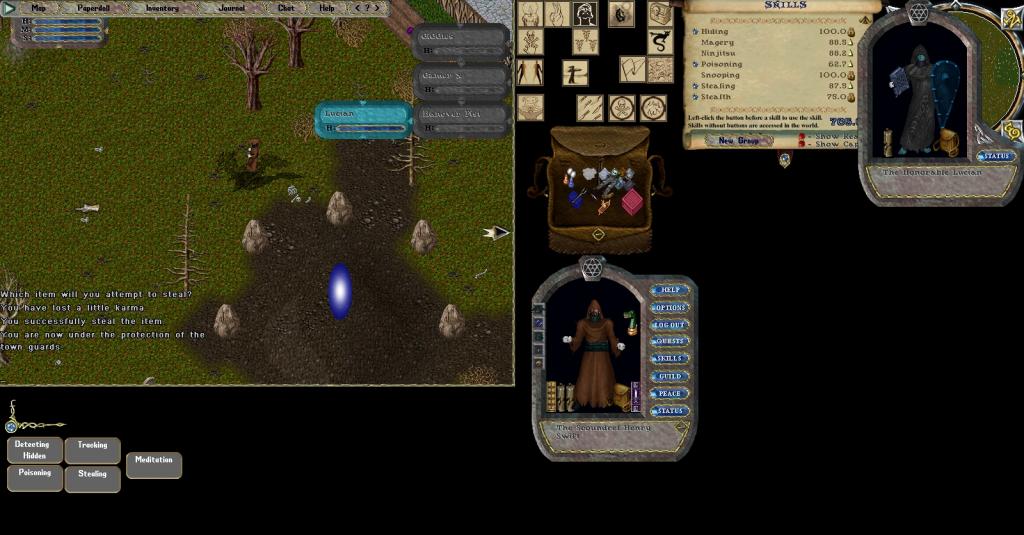 The pants are free! I make my way to the nearest stop on the Underground Pants Railroad to hide myself from the depredations of the Yew Gate mobs, and to inspect the abused leggings for wear.

Despite their ordeal, the plucky pants of Sprago seem unharmed and undaunted! Victory is ours, little pants.

My heart swells with tremendous pride at the good work I have done here today, and the trousers and I leave the pants-mongering Lucian to his musings. Today is a glorious day for pants everywhere!

Have no fear, Leggings of the World, wherever you languish in vile servitude to malodorous masters, Henry Swift will find you and set you free.

(and return you to your owner, if the price is right.)