Every so often, a thief must undertake some righteous mission in pursuit of the greater good. I, Evil Lord SMuRFY, The Last GOR Thief, The King of Thieves, and Hand of Fate, have struck many blows against tax evaders. While many of these tax evaders are merely individual citizens, local bumpkins and riff raff, there are also larger tax evaders. The Golden Fang Casino is a massive Atlantic based enterprise. Better known for their monopoly on Gambling, they also dabble in real estate, entertainment and other nefarious schemes. 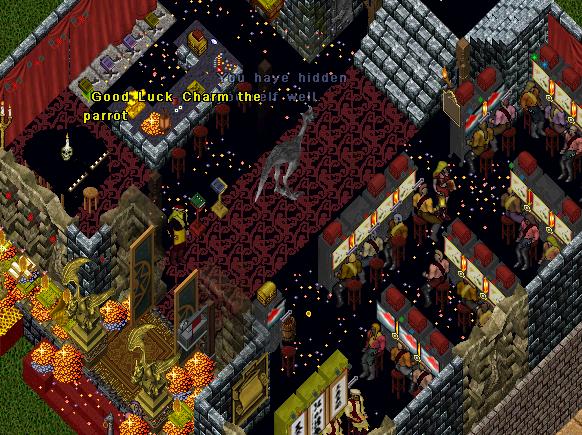 Recently, it came to my attention that the Golden Fang was making millions in gold and NOT paying me for the privilege. Such an offense was clearly unacceptable. The first blow was struck just last night when The Golden Fang Casino’s playhouse received a visit.

I was immediately mortified to learn this casino was run by vampires. I knew the risks of being around vampires was high. Such monsters are known to cause stampedes of young and impressionable teenage girls, and as King, I am always concerned about being crushed in a stampede by unattractive overweight youths.

Anyway, my keen senses told me that their play house would have to be the first location to be taxed so I scoped the place out. 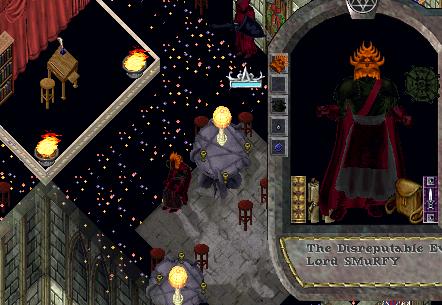 While I was scoping the place out, a staff member decided to start nailing down some fancy glowing runes to work on their stage lighting.

You can imagine my thought process when faced with such easy prey.

I decided to rob the place a little while casing it out…. 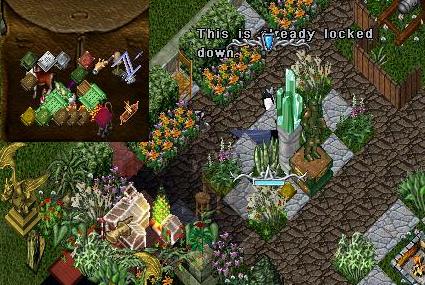 It was a fine little steal but these people were clearly rich and since I don’t enjoy work, I decided they owe me their money because obviously a King can spend their money better than them.

I left the play house determined to return later to rob them some more. 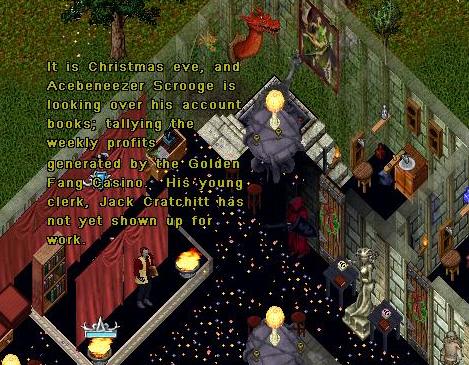 As it was day time outside, I felt the risk of being trampled by teens and tweens would be high. 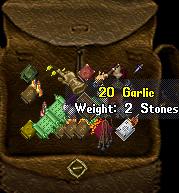 I took every precaution just in case to keep some space between me and those monsters. 2 stone of garlic ought to be enough to ward off the vampires right?

During a scene change my famed powers of observation allowed me to see that they were stashing all of their expensive props in a large bookcase.

I decided that they could never have earned wealth without me existing so I helped myself during the next scene change. 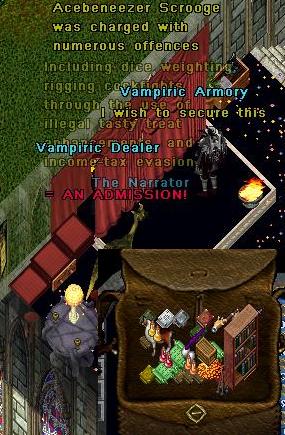 And just as I relieved them of their ill gotten goods, they admitted that their owner, Acebeneezer Scrooge had been a tax evader!! 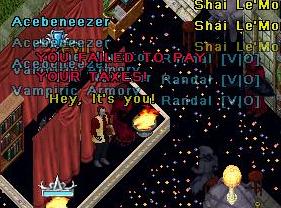 I revealed myself to these vile scum before remembering these were vampires.

I beat a hasty retreat and thankfully there were no stampedes of tweens to prevent my escape.

OOC: I’m told the vampires are putting on a show Saturday. Check it out, it looked pretty good despite their setbacks with stolen props.

NEXT TIME, PAY YOUR TAXES!


-Evil Lord SMuRFY
The Thief That Stole The Show.

P.S. I left some protection in case you decide to visit. 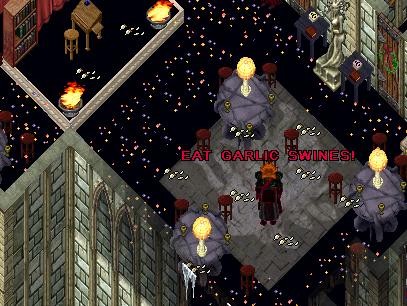