Many of my adoring citizens ask me if there is a certain type of person that I prefer to rob more than others. And truthfully, that’s not a simple question. Different potential marks do tend to fall into certain categories and I enjoy stealing some types of things from certain types of people. They shun interaction unless it directly benefits them or is scripted exactly the way they want.

Now, everyone knows that thieves are experts in observing their prey. We often know more about the people around us than their best friends. I have had the pleasure of encountering every type of person in Sosaria, or near enough as makes no matter.

Let us briefly look at some of the different types of people that inhabit my fair Kingdom as well as those that seem to infest my poor Kingdom.

These marks almost always runs in a pair or a pack. They are characterized by their ugly garb, ridiculous sense of entitlement and massive overreactions to the existence of people in Sosaria other than themselves.

This mark is always a victim, always crying and angry when reminded that they are not alone in Sosaria. They usually control dragons, though their pets are not always present indoors.

Let us observe this pair of angry whiners on Great Lakes. Please note the hideous garb and sickly coloration of their skin. It’s obvious these whiners are elves, the filthiest creatures to infest my Kingdom prior to the discovery of the Stygian Abyss.

Let me preface this study by first mentioning, I’ve already robbed the mark. 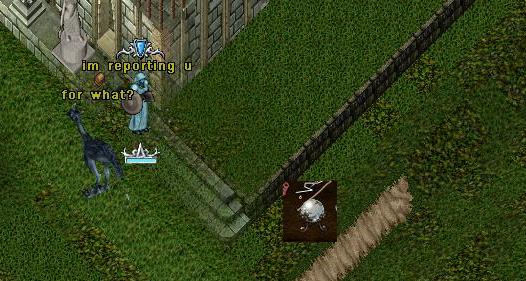 For clarity sake, I was walking through the neighborhood when I noticed this Angry Whiner had placed a Crystal Portal on the steps of her home. Realizing her mistake, I saved the portal from certain decay.

The Angry Whiner immediately threatens me with being reported.

I’m not sure to whom she means to report her King to either, but I decided to ask why. Afterall, I DID just SAVE her crystal portal from decaying… what does she have to report me for? My good deed of the day?

However, you can immediately see her hostile nature boil to the surface. One small interaction with her King and suddenly it’s rage time. 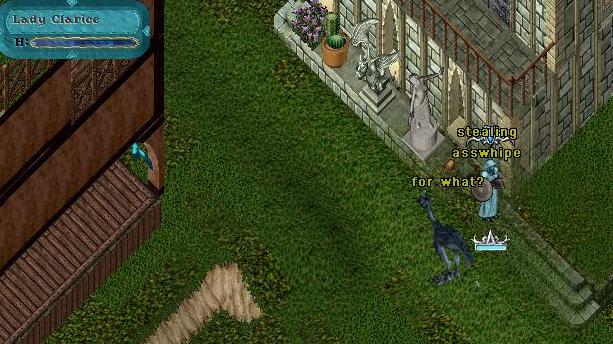 The Angry Whiner attempts to take some affirmative steps to quell their rage, but alas, they’re too slow. 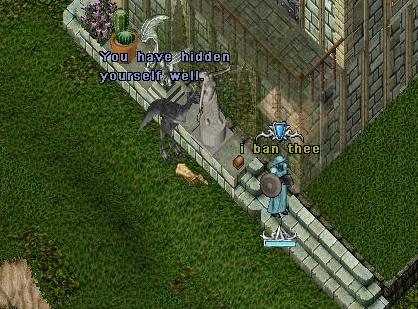 Now, don’t think I have forgotten telling you the Angry Whiner has a pack instinct, I haven’t.

As I said, the Angry Whiner prefers to travel in a pack. You probably notice one of the more ironic things about the Angry Whiner already. They have this bizzare inclination to bring up the fact that, although they are utterly enraged at having been robbed, you spared them from utter financial ruin. I really don’t get this part, they ALWAYS do this. I steal something they can afford to lose but is worth taking, and they begin this crazed rage screaming about how I’m stupid for not deliberately ruining them financially. The Angry Whiner is an enigmatic beast for sure. 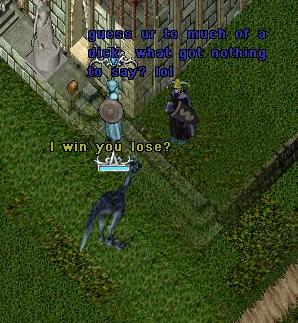 And of course, they wouldn’t be an Angry Whiner if they didn’t grant me the chance to say something that eggs them on further.

The Angry Whiner is not a stable mark, they make mistakes, blame other people, and then brag that their mistake didn’t cause their complete downfall. Sometimes, a thief is forced to wonder why they do the things they do. It all defies thief logic, but thankfully their existence is profitable.

P.S. There will be at least a few more Parts to this episode.