Every thief makes mistakes, it happens… Patience and forethought win the battle of wits. As King, you have to know these things.

Even so, a stealther can steal a box I drop as easily as I stole it from the previous owner. How I deal with these obvious screw ups is why I am King.

Recently, I stole a heavy box that the owner claimed contained 200million gold worth of imbuing ingredients and artifacts. Unfortunately, just a few yards from his house, I made the mistake of attempting to drop the box and pass it to a hidden me. The results were disappointing, particularly when his hidden friend recovered the box.

I hung my head in shame, demanded justice from fate and cursed my foolishness.

However, this was just for show. I determined that the box was still too heavy to be carried and the current holder might repeat my mistake. If I make mistakes every so often, peasants must make mistakes more often. Isn’t that what makes them ignorant impoverished peasants?

I ran away and allowed them to think I had gone to brood over my failure. ::GRIN:: It’s a devious plan really, convince them it is safe to drop 200million gold on the ground due to my absence and then steal it all back. 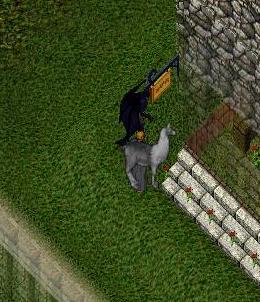 Soon, it was just the home owner and his hidden friend carrying my due and proper. Oh and I was there too, just waiting for them to repeat my mistake.

I was honestly getting nervous. Five minutes passed and I was still not 200million gold richer.

Ten Minutes pass and I’m still not quite as rich as I feel I deserve.

And the King is unfoiled.

Now all I need to do is carry a box weighing almost 4000 stones to the bank in an area where I am not much loved… I determine this will be an easy win so long as this doesn’t randomly become felucca or siege. ::GRIN:: Fortunately, we’re in trammel, where thieves are safe to burglarize homes in peace. 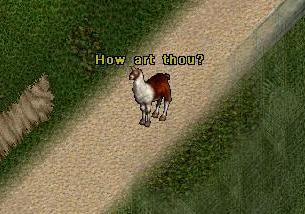 Rather than buckle in and walk quietly to the bank, I decide to converse with these villainous fiends. It’s only fair right? I take their stuff, they should at least thank me for uncluttering their homes. ^^

Minutes passed before I finally was spoken back to. And then, only to threaten me with banishment for the high crime of existing more than once on the same shard. What can I say? One SMuRFY just can’t tax the whole realm without clones. 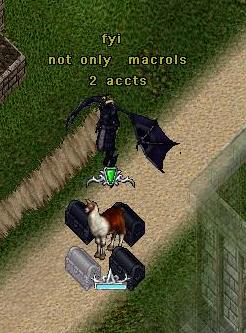 Oh and just ignore the irony of a guy threatening me with banishment while openly defying the rules of the game about blocking people with items. It’s not as though he’s doing something wrong. I’m just a thief trying to make a living, he’s just out to grief me. -_^

Did you know that existing twice was bannable? Apparently it is in this guys mind. Before I can inform him of the irony, his other hidden friend chimes in to inform me that carrying heavy objects one step at a time is also bannable. Just ignore the fact that I’m not even walking, I’m quite blocked. 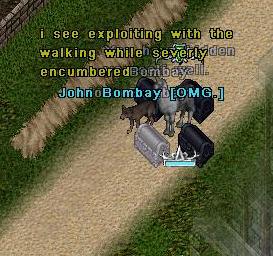 Moments pass before a not-so-nameless hero comes and removes the boxes from around me. I am liberated! Oh and I continue slowly walking away from the scene of the crime.

I felt great right up until these horrible villains from OMG and HHYC return to harass me with more boxes. Are people in Trammel trying to say they don’t get enough box? Why the overcompensation? 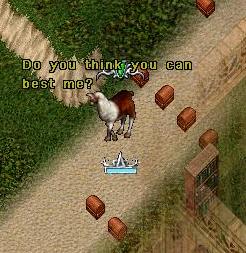 These people aren’t very nice but I am trying to rehabilitate them and their deficient social skills.

I keep walking, they keep boxing, I keep magically escaping. You probably want to know who is this great hero that keeps letting me go, right? Well too bad, it’s a secret for a few more minutes. 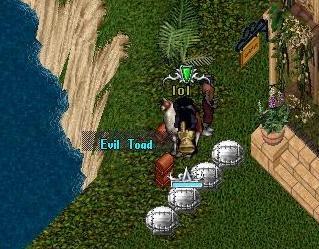 Where are all these no-name mindless griefing harassers coming from? I’m just innocently walking around and everyone wants to engage in this negative interaction with me.

The newest villain appears to be some sort of evil frog like creature. Despite his attempts to trap me, I doubt he would return the items to their former owner. In trammel, there are often foul villains about. In this case, the evil toad requests payment for his help from a guy that is 200million gold poorer than he was an hour ago.

Evil Toad decides to up the anti and requests more payment for his amazing talents. 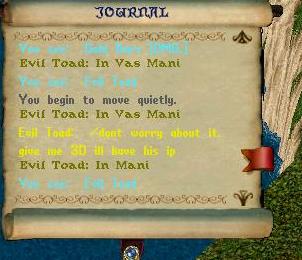 There is room enough for only one evil person on Atlantic, and I am the King so it’s going to be me.

I keep trudging along, faster and faster. The boxes and traps disappearing from my path so quickly that it’s almost like I’m not carrying anything.

Or if you believe their version of what’s happening…. 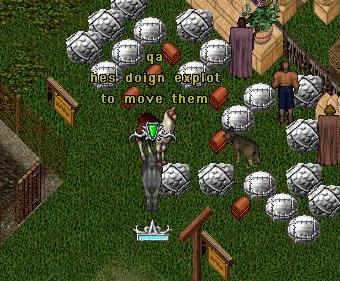 Mmmm… I believe my version more. I must not be carrying anything if I can move their boxes away at will. It’s almost like I was somehow in two places at once….

Or… I just have a doppleganger with a sense of humor. 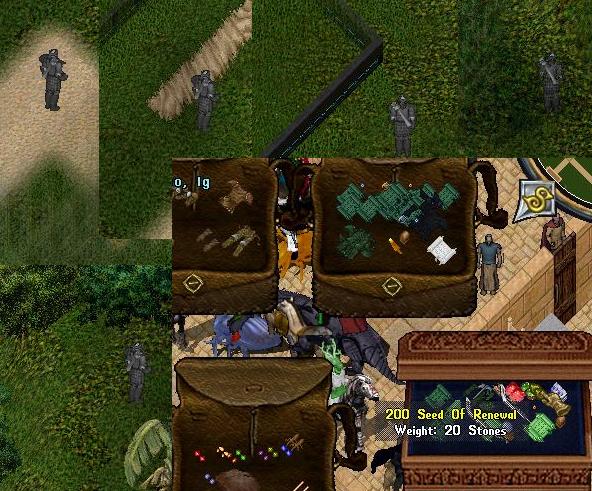 The theft may not have gone as smoothly as I hoped but ultimately, my doppleganger did get the box and did walk off with it whilst a crowd of fools followed an unencumbered me around.

I think I ought to acknowledge Evil Toad, CHRIS, The Gods, and all the other dastardly villains that ALMOST foiled the King of Thieves.

I learn from my mistakes, clearly others do not.