Many of my adoring citizens ask me if there is a certain type of person that I prefer to rob more than others. And truthfully, that’s not a simple question. Different potential marks do tend to fall into certain categories and I enjoy stealing some types of things from certain types of people.

Now, everyone knows that thieves are experts in observing their prey. We often know more about the people around us than their best friends. I have had the pleasure of encountering every type of person in Sosaria, or near enough as makes no matter.

Let us briefly look at some of the different types of people that inhabit my fair Kingdom as well as those that seem to infest my poor Kingdom.

The Marvins of the realm are often identified by their stealth tamer templates, fear of encountering other people and inability to learn from past mistakes. Marvin will not cry out that he has been victimized, he will make some nominal effort to stop a thief.

Marvin is a townie, he’s hiding from the upstanding thieves of the realm in some shadowy corner of a dungeon.

Let us observe Marvin in his natural habitat, engaging in his normal activities.

Notice how Marvin is carrying an item of substantial worth in a public place? This is not an unusual mistake for him, it is something Marvin can be expected to do on a regular basis.

As a thief, it is my job to relieve such Marvin’s of their belongings.
::YOINK!:: 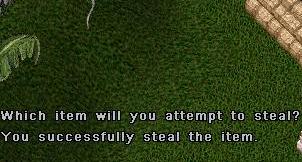 You may ask me “but, hasn’t he learned? Will he kill you or take evasive actions to avoid you glorious King of Thieves?” 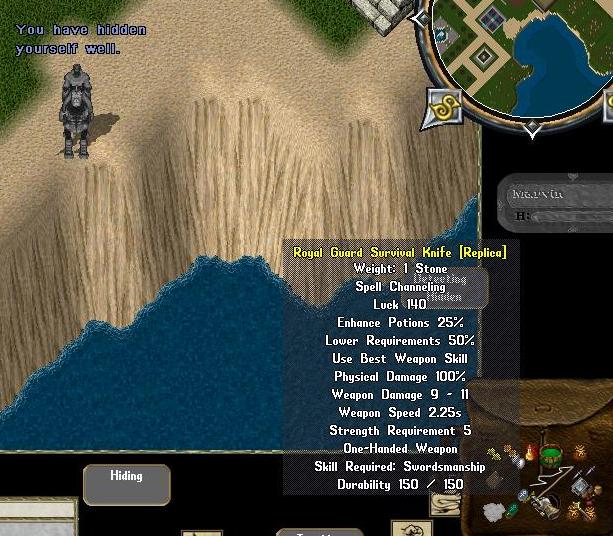 The truth is, Marvin probably hasn’t even noticed he’s been robbed as it’s only the first time he’s lost an item today. Notice how he hasn’t even followed me. He will notice being robbed multiple times and he will try and stop me if he has his pet dragon. 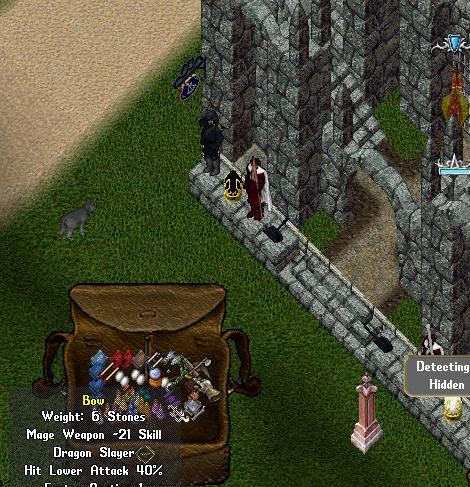 But alas, Marvin doesn’t have his dragon with him today and his attempts to stop me are so nominal as to be beneath my notice.
::YOINK!::

Notice how Marvin doesn’t cry or complain as I rob him again? He’s not a victim, merely a mark.

And you’re probably wondering how he would have reacted if he had his dragon, right?
Well, it wouldn’t be a proper case study if I didn’t follow this mark around for a few days.

Marvin loves towns, and not surprisingly I was able to catch up with him the next day in Luna. 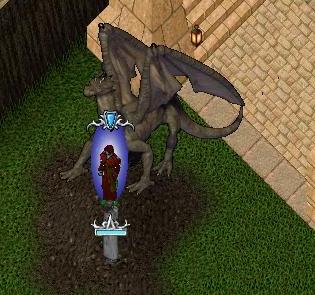 Notice how Marvin has his dragon today? He’ll be much more inclined to take some offensive measures. Of course, he’ll fail in his attempt, but we must give him credit for at least trying to stop me…

And of course, Marvin is carrying expensive items for no reason again…. 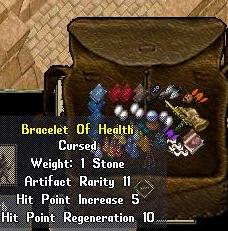 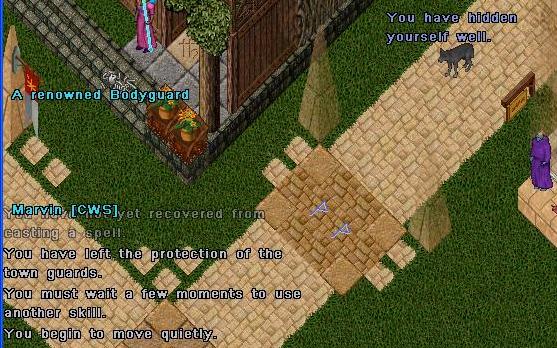 Marvin attempts to chase me but he’s slow and unsure of himself. He doesn’t wish to get too far from his dragon with an unarmed thief prowling the area. He soon leaves and abandons his nominal attempt to capture the thief that has plagued him so.

I like Marvins. They provide a wealth of expensive items to fund “Top Sekret Barter Town” stuff. I will always rob a Marvin with loot to spare. I will spare the Marvins that I feel I have over taxed but Marvin’s are profitable and low risk marks. The Marvins of the world are far more amiable than many other types of marks but we’ll visit those marks another day. 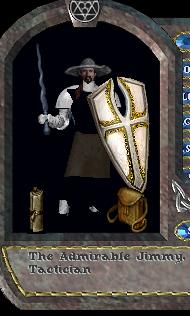 The Jimmys of the realm are often identified by their honesty, sense of humor and generally entertaining demeanor. Jimmys may be found anywhere, in towns, dungeons, graveyards or even the middle of nowhere. Jimmy’s usually have a keen sense of fashion. A Jimmy can be dangerous or harmless, extremely prepared and as old as the realm itself, or totally new to my Kingdom. A Jimmy is unpredictable but it’s unlikely you’ll ever have a bad experience with this potential mark. Interact with this mark at your own risk, you just may want to return an old Jimmy their belongings back or help a new Jimmy out.

I often rob Jimmys of their less valuable items just to get some interaction with them but I’m not above helping out a new Jimmy.

This particular Jimmy was new to the realm, as evidenced by the fact that he probably had a net worth of less than 10k.

A Smart thief should help a new Jimmy.

You may be thinking, “But SMuRFY, shouldn’t you rob him?” As I said, a smart thief should help a new Jimmy. Plant Jimmy seeds and you get Jimmy trees. In the future this particular Jimmy seedling may grow to be a very fun Jimmy Tree with lots of fun stuff to steal. Chases, stories and fun could result, as well as tax revenue for Barter Town. ::GRIN:: 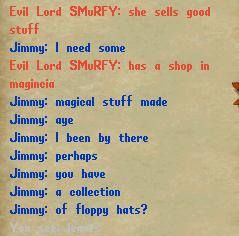 This particular Jimmy is an expert in wearing awesome hats. One day I’ll have many awesome hats to steal from him.

Often times advice may not be enough help. And a King must be generous as well as wise….

Now I know some of you are like “Okay WTF, SMuRFY, You’re supposed to rob marks not give them gold and gear!” 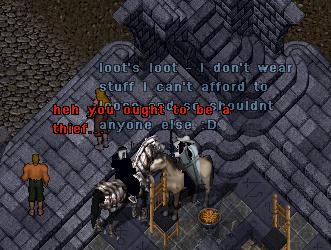 Let’s be honest, gold is only as valuable as the fun it provides. I’m willing to bet this particular Jimmy will be a fun mark some day, or maybe even a thief…. ::GRIN::


-Evil Lord SMuRFY,
The King of Thieves, and Current Mayor of Barter Town.