I was in Luna when I came across the Luis de Savona, the lethargic ninja. 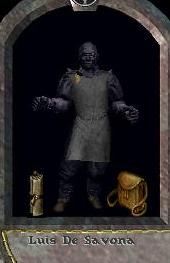 He had apparently fallen asleep on his horse and failed to pay me for a wake up call. He looked so pleasant, so peaceful. I knew he wouldn’t wish to offend me nor be woken before a reasonable time, so I decided to look through my future belongings. ::GRIN::

At first it seemed his pack was merely full of other packs… But after I put on a rubber glove and made a much closer inspection, I found power scrolls… 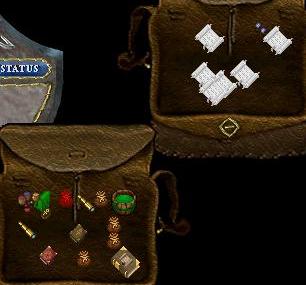 Experience has taught me that when in doubt, put on your rubber glove and dig deeper. -_^

Oh you lethargic ninja, I appreciate your intended generosity. I know these scrolls were to be mine. Don’t lift a finger, I’ll help myself. 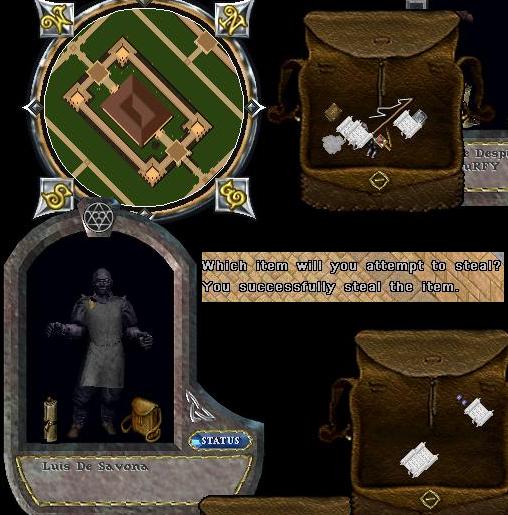 ::YOI “Wait what?!” “Thy will regret thine actions swine!” 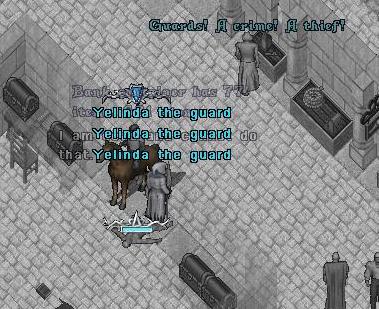 Mmmm… Was I just owned by the town guards?
DOHHHH!!!! 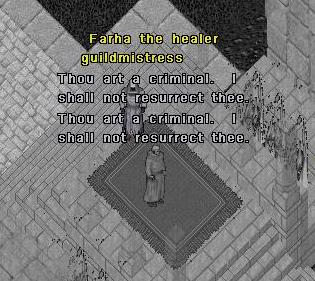 This was an unacceptable outcome…

I decided to handle this the old fashioned way.

Informed sounds much less like “You bastard, how dare you turn my own guards against me!?”

And owned again…. This is really not the best day I had ever had but at least this lethargic ninja was about to share in my miserable day.

Luis soon died, and the day was improving. This day wasn’t so bad, I got free powerscrolls, and I began to loot Luis’ neat ninja costume. All in all, it could have been worse right? 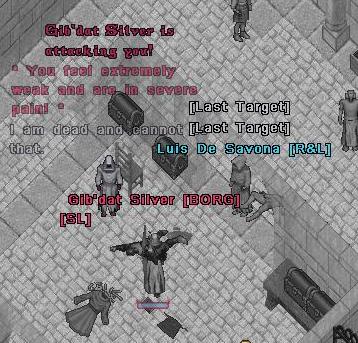 “When did EA turn everything so gray and drab?…. Wait what the hell was that? Who the hell is this guy? Am I dead again!? What the hell did I do to deserve to die three times in twenty minutes?!”

The day was looking like it was going down the crapper. I was dead, an archer had totally owned my face when I finished stealing Luis’ belongings, and I had lost the love of the Luna town guards.
Seriously, can a thief have a worse day?

Apparently a thief can… Gib’dat had merely mistaken me for someone else and happily resurrected me right away. I collected my new belongings and decided that I would prance about like a ninja for a while.

Luis, Thank you for falling asleep at Luna bank. You may have had the guards own me. I may have been owned by an archer. I may even have been exposed as a semi-delusional narcissist but all your stuff are belong to SMuRFY. ::GRIN::

Next time, Stay the hell away from my town guards. They belong to me.


-Evil Lord SMuRFY,
The King of Thieves, Mayor of Barter Town,
and currently prancing about in a ninja costume