after last night I thought to myself "how could I really top that steal" it's pretty legit....

I can easily say that I've stolen over 70 million worth of goods from TDT in less than 24 hours...

You figure a guild would put an announcement out about me after what happened...silly people.


I continue to say that I pull my best steals after work....what a way to start off the night. 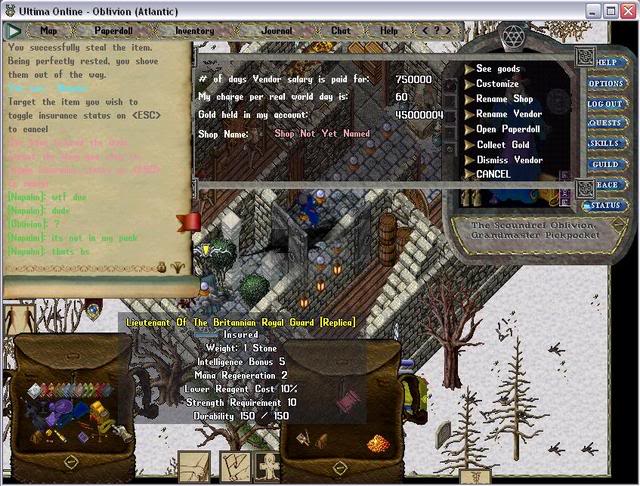 Some people are probably scratching their head...."how did Oblivion manage to steal that much gold"

Very simple...I put the sash that I just stole less than an hour ago on a vendor...Napalm went to buy it.....he did.....and it disappeared. 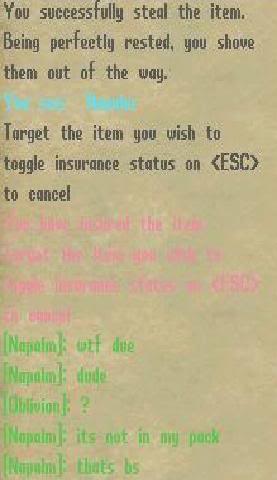 That was the quickest 45 million I ever made.