I returned, and was wandering in Luna. (I think i should find more interesting places to steal from people, but Siege is not very inhabited)
And I saw a member of [NEW] here - EvilMage. Stole 94 gold from him, understood that he was thief too but i didn't care. Then i stole a shield from his pack horse, which he attempted to steal from. Died several times due to guards, because shield weights 8 stones. Well - just had some fun and didn't screen those nasty things. Afterwhile i noticed Evilmage was speaking to Salron. (read the journal) 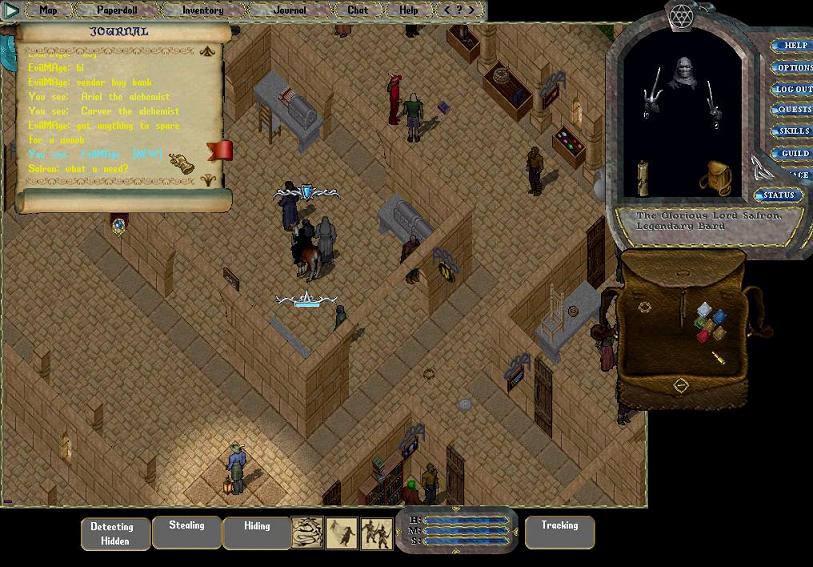 Then our "newbie" asks where can he find a place to farm mobs and earn gold. Salron adviced him going to Jhelom cemetery, but Evilmage insists that he wants to go in Despise and asks for a rune here. 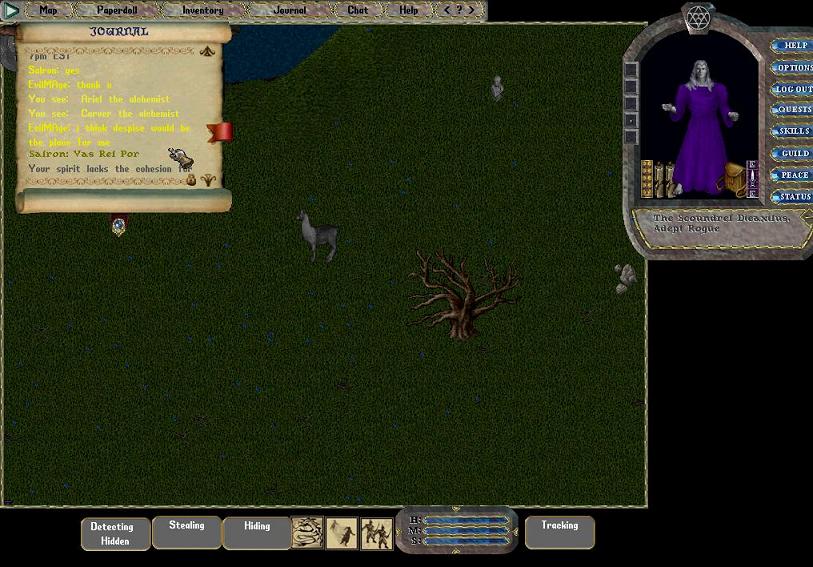 Salron takes clear rune and opens gate, of course i go into it - stealth immediately, snooping Salron and wait till he finish his "Mark" spell. Then i hit my steal button and target new-marked rune, attempt was successful.

Thanks for Despise rune - i really wanted it ^_^. 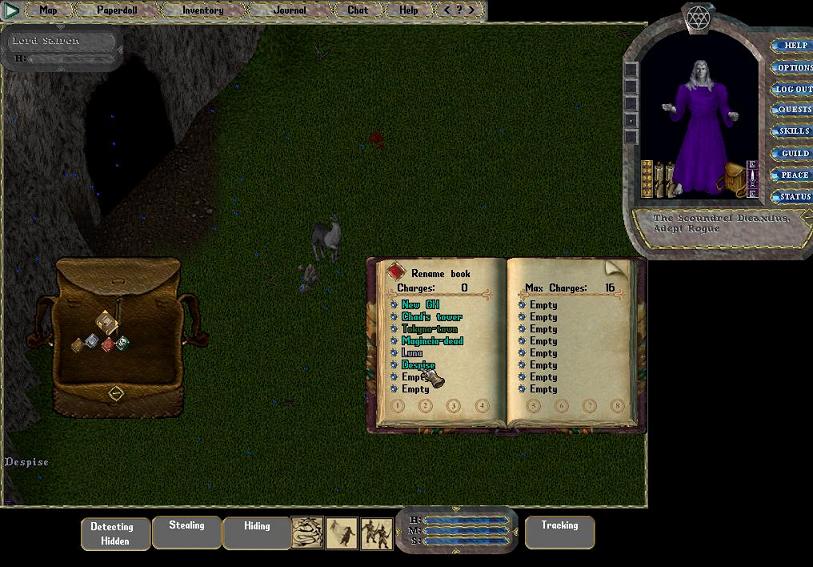 In about half an hour i see the GM of [NEW] - Shalimar standing in luna. 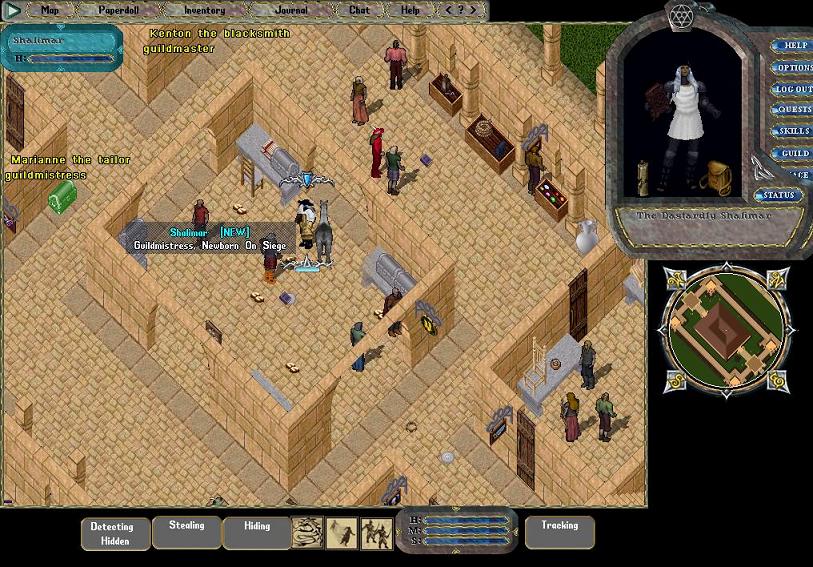 I would not be a thief if i didn't pickpocket her! Let's have a look on her backpack. Oh my thief god so many books for newbies, and so much blessed items. But wait, what's this? Bingo one. Gem of Salvation. 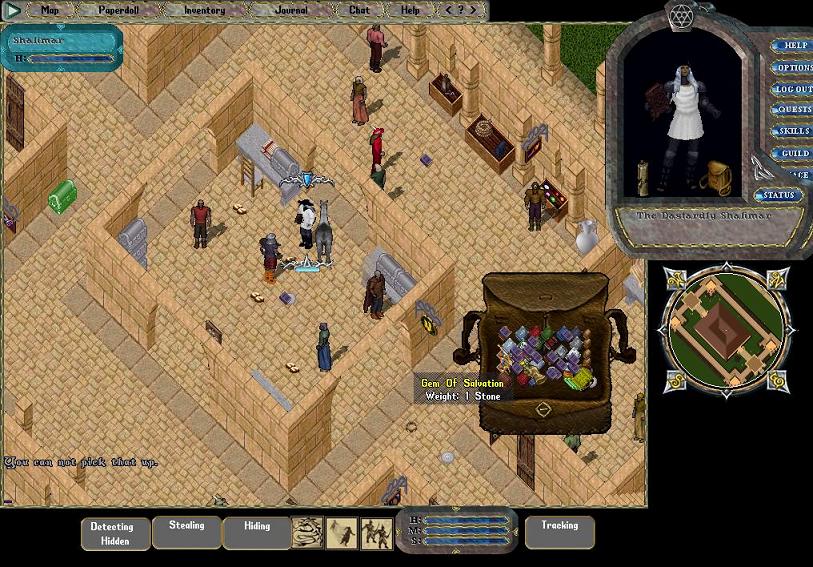 I reminded self that stealing in town is not so good, but i couldn't resist. Afterall it's weight was only 1 stone which was almost 100% successful attempt. And i did it. 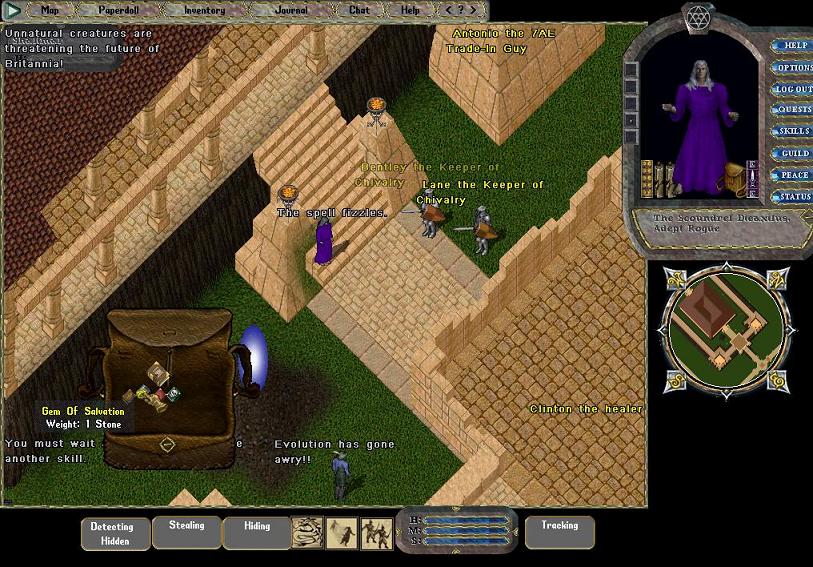 Thanks for Gem maybe i will find use for it later ^_^.