Prologue: Actually i have retired from UO since 2005-2006 years, and i was playing on our local freeshards. The top online here was 50 players ^^. And i had some fun stealing doom rares and etc from ppl, insurance was 20k per item, so almost everyone didn't use it much. I've never played UO on official shards, but after playing WoW, Ragnarok:Online and some other MMOs i found out that i really want to play hardcore UO. With full loot, with no insurance, blesses. So i came to Siege ^_^.

It'll be one medium story about begining of my thief career with several stealings. I still don't have the skill to screenshot and steal at the same time as Chad does, so i will show some screens of things being stolen.

At first steps as thief i managed to steal nice bracelet from the guy who was stading in Luna bank:

In few days i finally got my full lrc set, after killing guy who was afk in Luna. Poison is great spell ^_^.
Today was wandering around Luna looking for something interesting and found out that some ppls were PvPing at nearby houses. 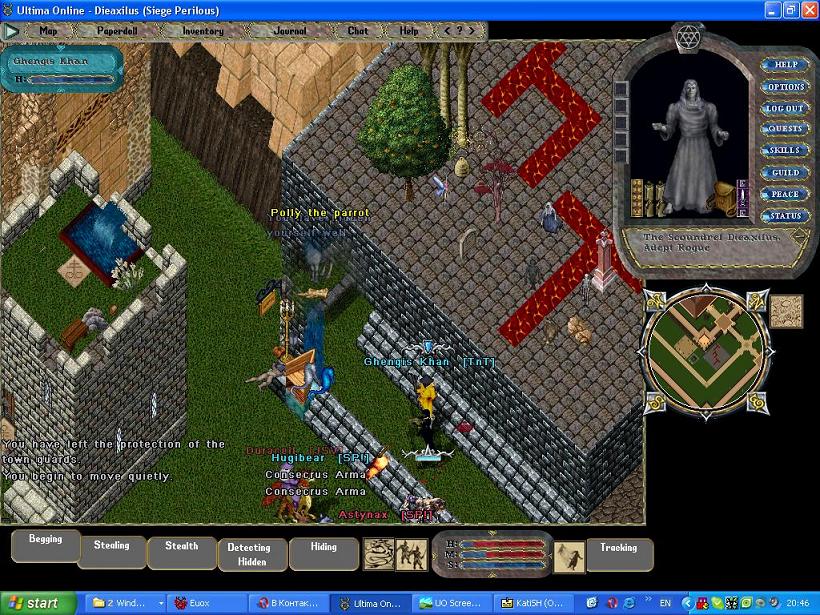 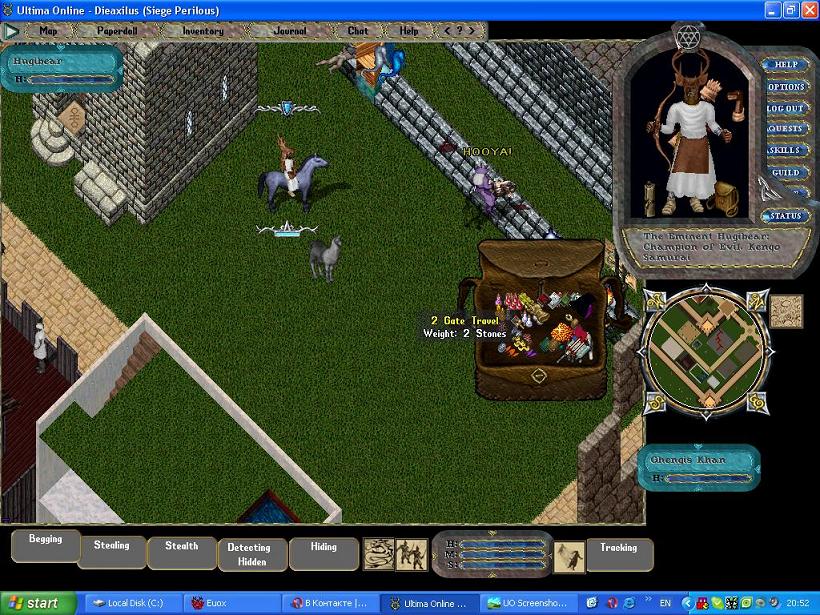 I died several times but my spirit was high. And i was rewarded.
Got nice (from my newbie point of view) talisman: 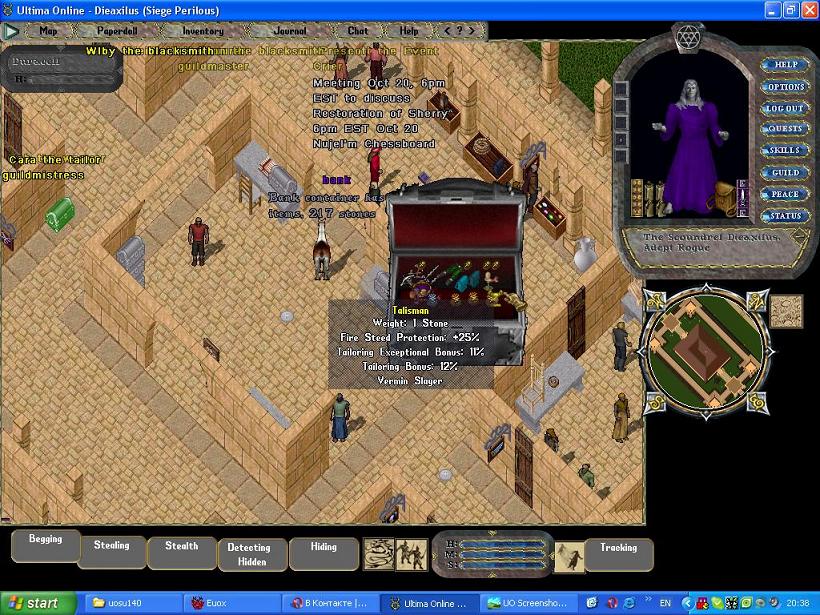 And bracelet with resists - not bad huh:

I Thanked Astynax and Duracell for items. (read the journal) 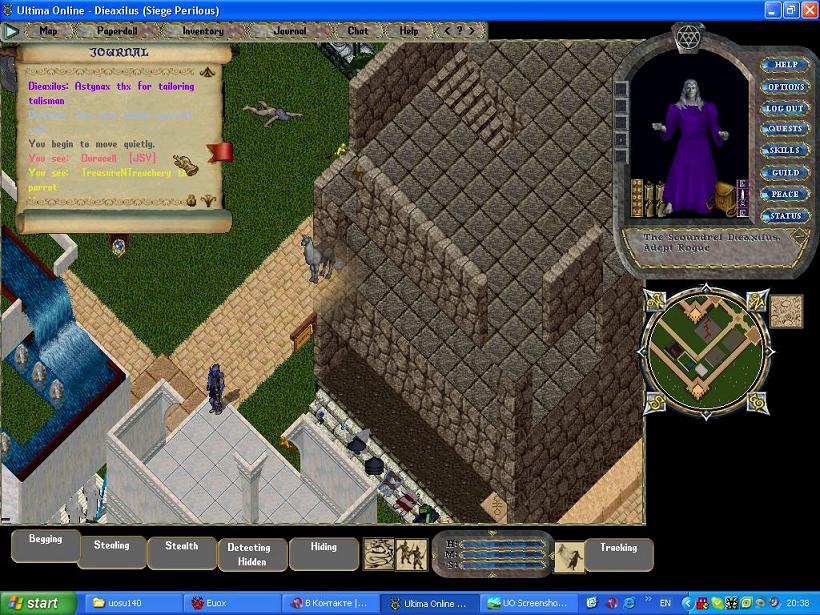 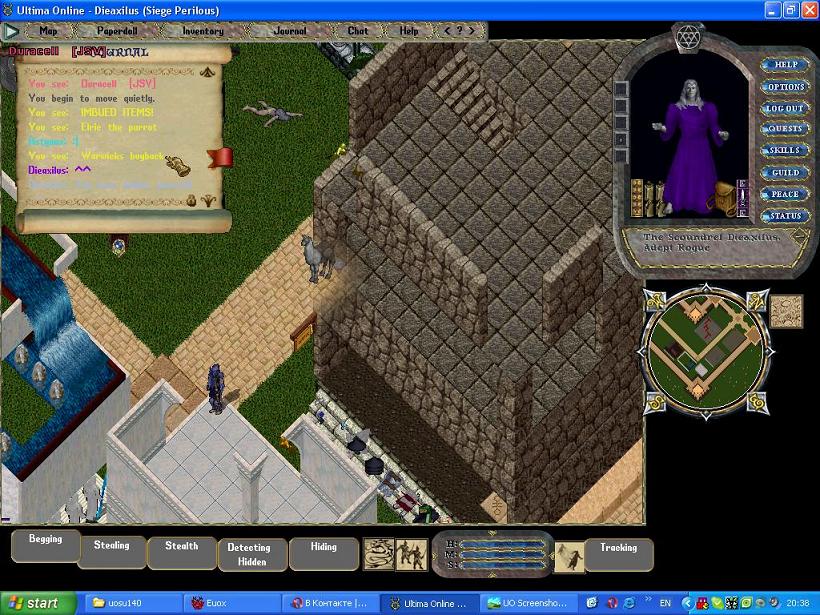 This wasn't perfect journey, i died about 3-4 times, but still not bad for 6days old character ^_^.