Word came to me of a burgulary by way of carrier pigeon. Well, the pigeon wasn't sent to me, but I found the note in it's talons when I shot it down with my Father's old crossbow.
While I don't particularly have a problem with robbery or theft, murdering and looting, embezzling and larceny, I felt the need to respond to this note... vigilatne style!
The house that was robbed was the guildhouse of my former guild, which I still make donations to from time to time. This cannot go unpunished!

The note intended for the Britainian Guards read:
NEW Guildhouse robbed! Four heavy chests removed from premises by a band of thieves!
Please come quickly! Slug was seen carrying off some of our items, and his accomplices slipped into the shadows before they could be identified!
Please issue a warrant for Slugs arrest, He lives just South of the hedge Maze.

Arrest?! I had other ideas! Saint Dismas and I arrived Slug's House only to watch him escape our grasp via a magical gate!
"He'll be back.", Saint Dismas grinned.
"But how long do we have to wait?", I replied.
"I'm willing to wager he is in Luna training under the protective eyes of the very guards who don't know they should be arresting him, as they didn't get the note."
"Check for 5 grand?"
"Deal!", Dismas exclaimed!
Just as we were about to check Luna, another magical gate opens in front of the doorsteps of the house. We both grin.

I had prepared his front steps for him with a little excess from an IDOC... I hope he likes it. 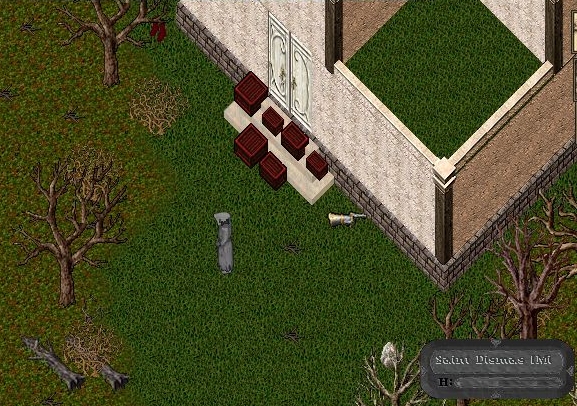 Scrambling to make it into the front door while eight pixies were unloading their vicious assault, failing, Slug turns South to make a run for his life.
He outran the pixies, but not me! One whack with my Dragon Nunchakus dropped him off of his mount, face first. 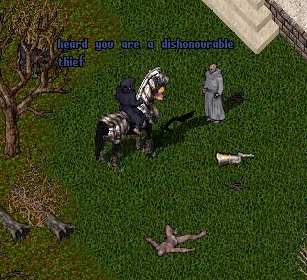 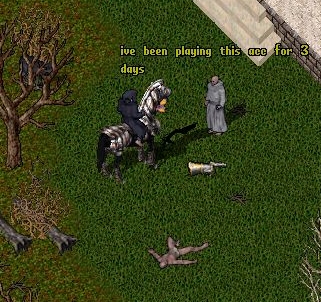 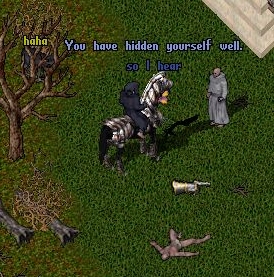 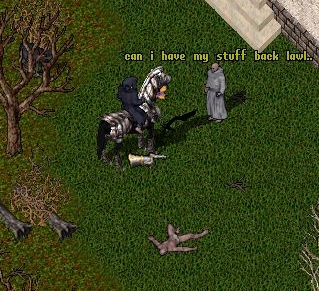 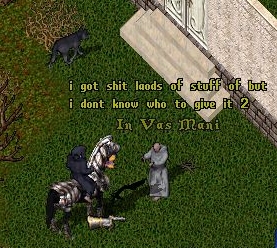 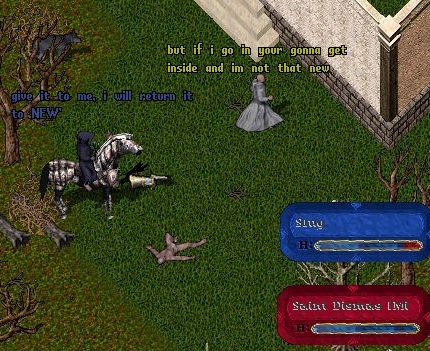 Saint Dismas was taking in the surroundings and whispered to me how empty the house was.
The containers had very little in them, except for the stolen NEW goods. 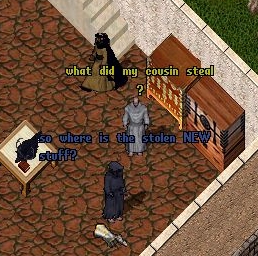 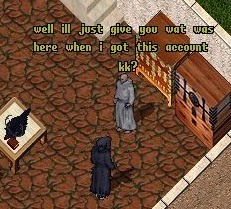 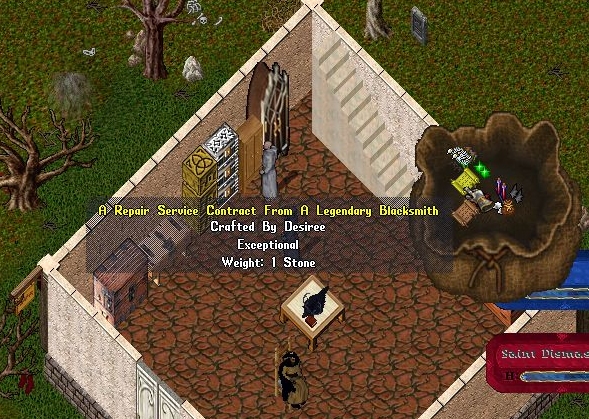 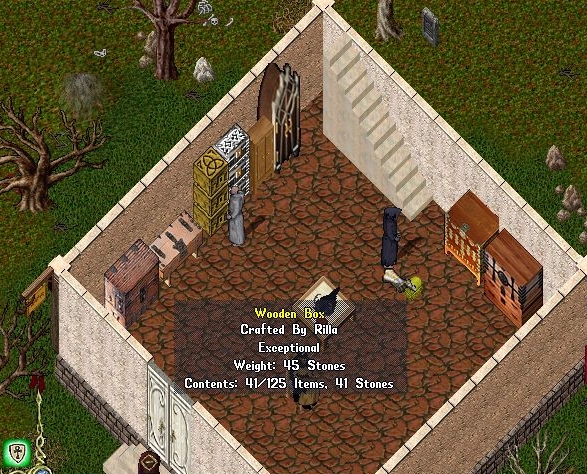 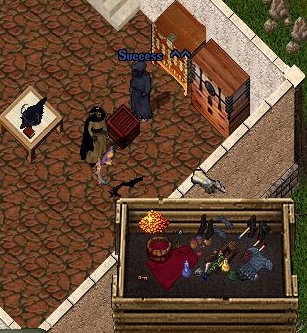 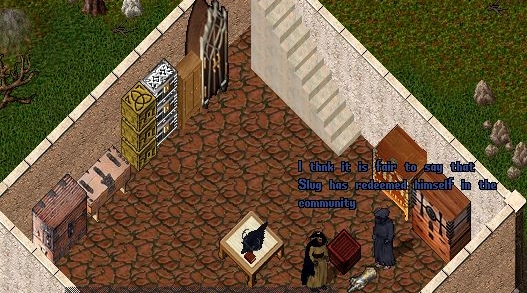 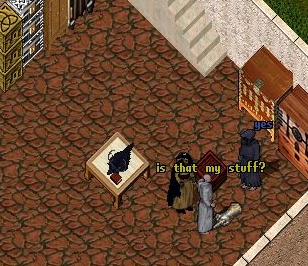 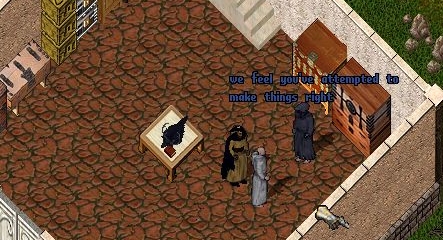 Saint Dismas took a liking to the pair of gloves in the suit, and was having a hard time letting go of them. 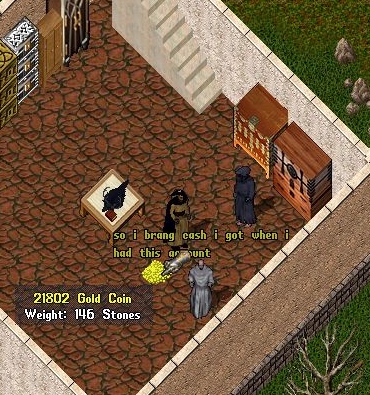 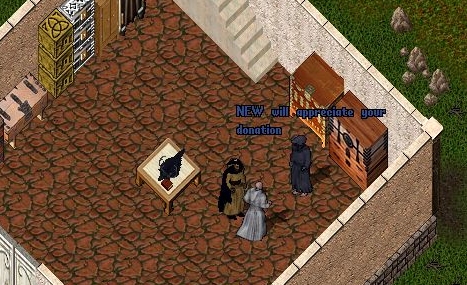 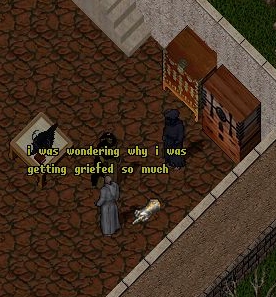 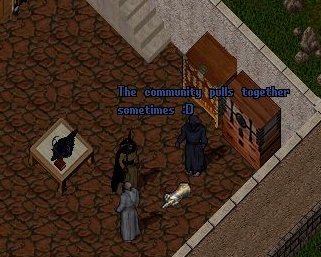 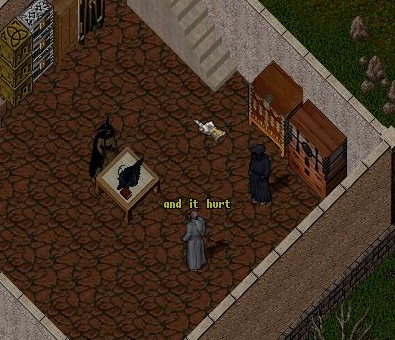 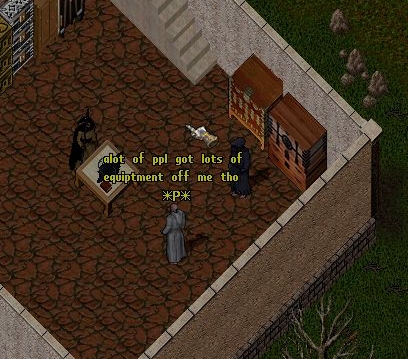 Saint Dismas seemed in a hurry to get out of there, as he distanced himself from Slug.
That could only mean one thing! 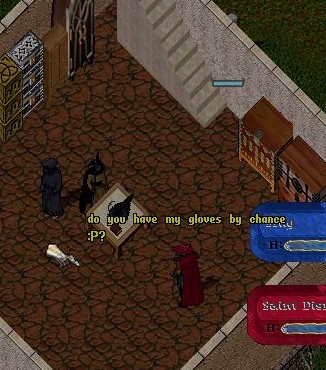 It just so happened that Shalimar was home, waiting for the guards to arrive so she could make a formal report.
Some of the guilty remain at large, and they will be caught...eventually! 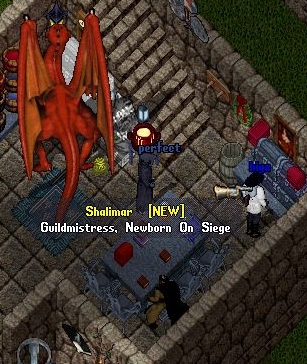 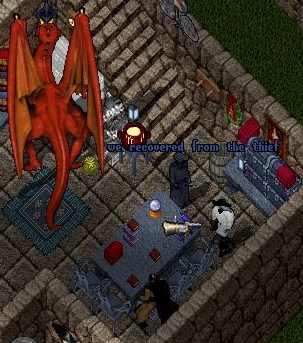 Maybe we can "convince" the others to return the rest of the goods!
Til next time!