Just another day in Luna, picking pockets, feeling the adrenaline rush while wondering if someone will spot you and call for the guards. Then, Xavier of Gilfane *spits* shows up and opens a magical gate to an unknown destination. Assuming he is leaving the guarded area of town, I quickly follow. "Ah ha! The lighthouse secret entrance!"

I quickly and quietly follow behind him and watch him for a moment. 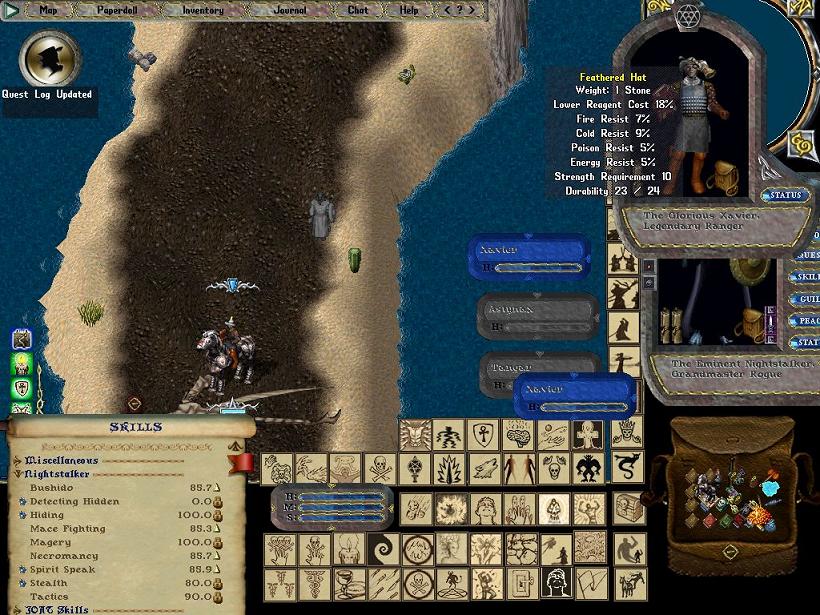 I summoned a daemon to do my bidding, and it almost killed Xaviers Black Steed. He bandaged it up while I devised another plan.

I summoned another daemon and approached him.

"Can I help you?", he mockingly asks.

"I need to spill Gilfane blood!", I replied.

"I cannot help you with that.", his voice was as smug as his actions. He remained there and continued to kill wyverns.

I told my daemon to attack his black steed again, knowing it wouldn't win the battle, but would give me enough time to make an attack without interruptions.

I swung at Xaviers head with my club and he writhed in pain on contact. He ran towards the lighthouse with a sliver of life remaining!

"Dammit! The guards keep watch of that building." I had to back away, but he kept running. The chase was on again! I found him on the Yew Prison Island, and clobbered him some more. 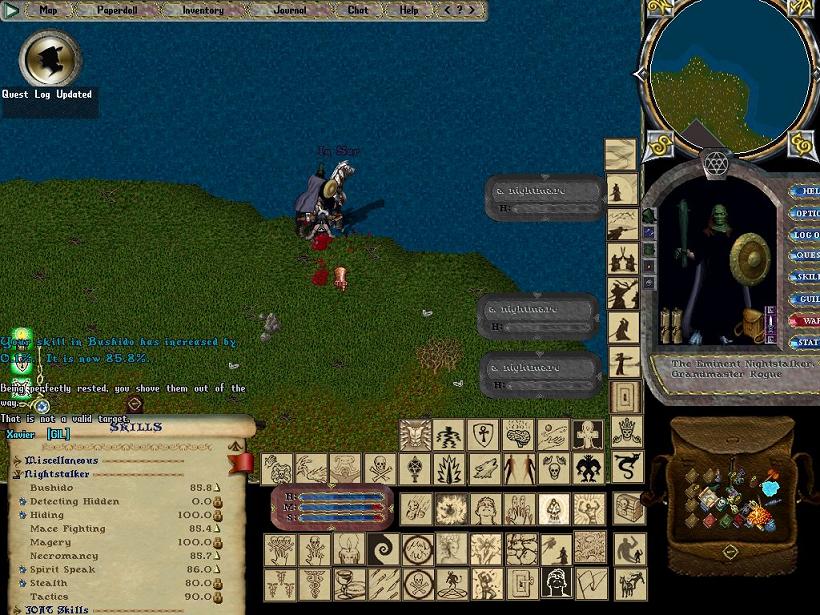 Weeks later, back in Luna, I noticed a new face in town, and he appeared to be a miner. I asked him where he was headed to next, and warned him about mining in the Barter Town Mines, which are owned and guarded by the THIEF [^_^] Guild. He scoffed at my warning, and proceeded to go to the place where he wasn't invited. 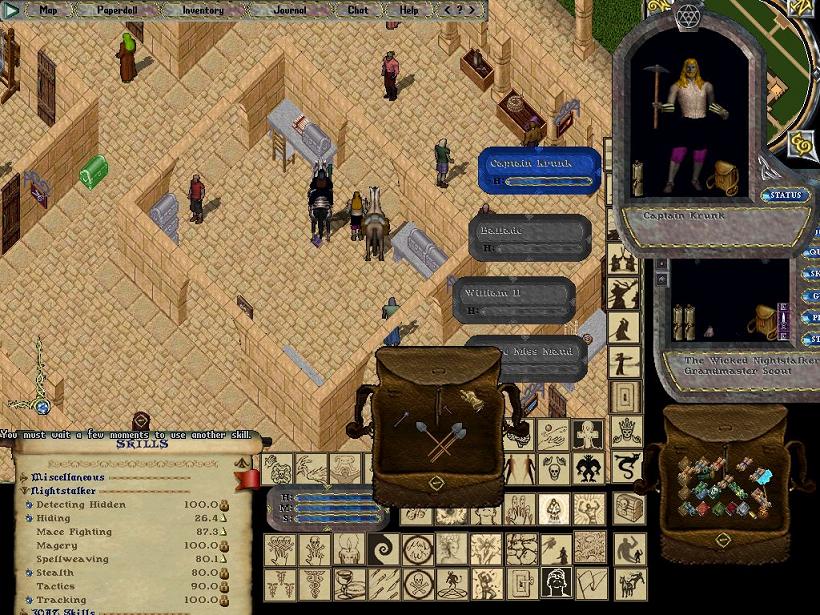 The conversation drew some attention in town, as Pola and another were laying in wait for me when I arrived to mete out justice. Pola escaped with her life, but the pack horse and Max did not. 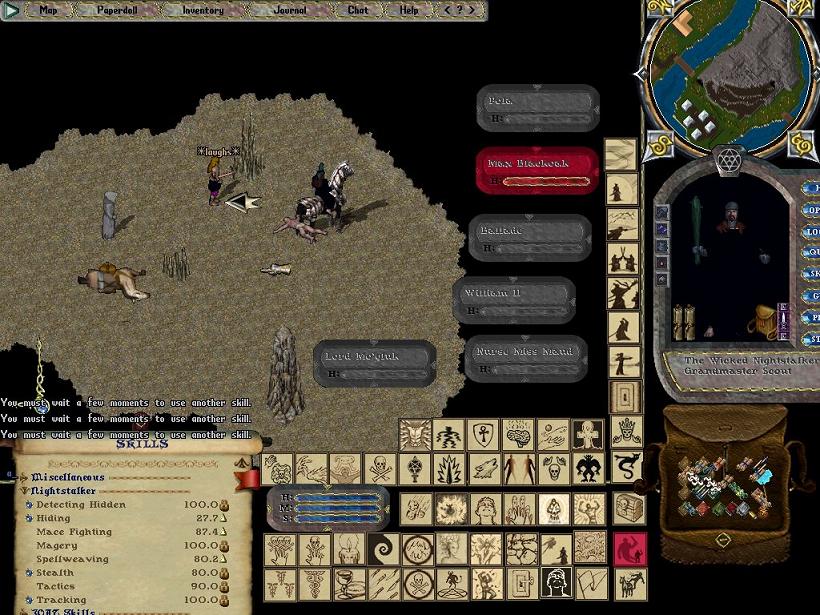 Captain Krunk was still defiant, and he continued to mine the ore illegally. He forced my hand, and he suffered much pain. 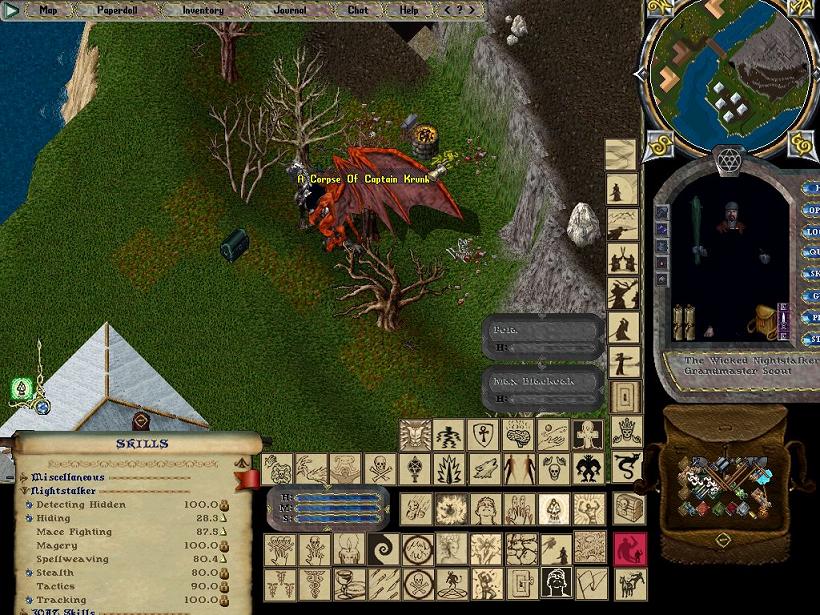 I told him that all that was required was to wear a jesters hat, and he refused!

"Then you are free to die!" 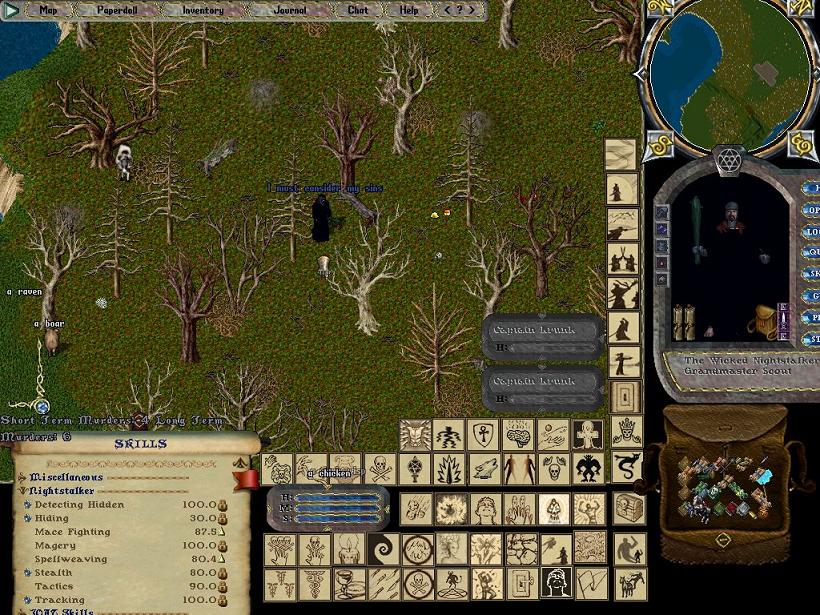 I left the mines for a while, to prepare for the "Naked Dungeon Run" event that was to be held later that day. I returned to an empty mine shaft.

Miners take heed! The Barter Town Mines belong to Chad Sexington and the THIEF guild! I will defend them with my life, out of respect to my former guild leader. Do not defy the laws! If you want to mine there in peace, you must wear a jesters hat! Jesters hats are being sold near the Barter Town Stables for 50 gold a piece. A small price to pay for access to the mines!

Don't let pride interfere with sound judgement as Captain Krunk did. The humble man (wearing a jesters hat) lives to see another day, and becomes rich with ore!

( slips back into the shadows )