Siege was kinda quiet this evening so I decided to visit Chesapeake!

Seem people have forgotten how to protect against Thieves there.

I found an Angry God at Yew gate and he had a few trinkets for me waiting in his pack...

I snatched the ring and didn't flag so I went back to see if I could claim the Pike also.....-24 mage weapon 100% poison weapon it was a mighty weapon indeed. 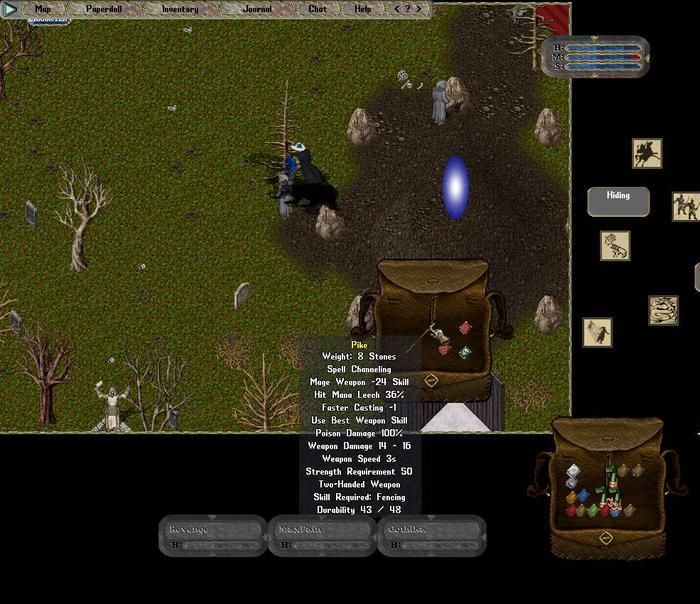 The pike I've claim for myself and hope to put it to good use but first I need to remind these that good people that Raid Guilds aren't the only threat to a Champ Spawn...off to Despise. 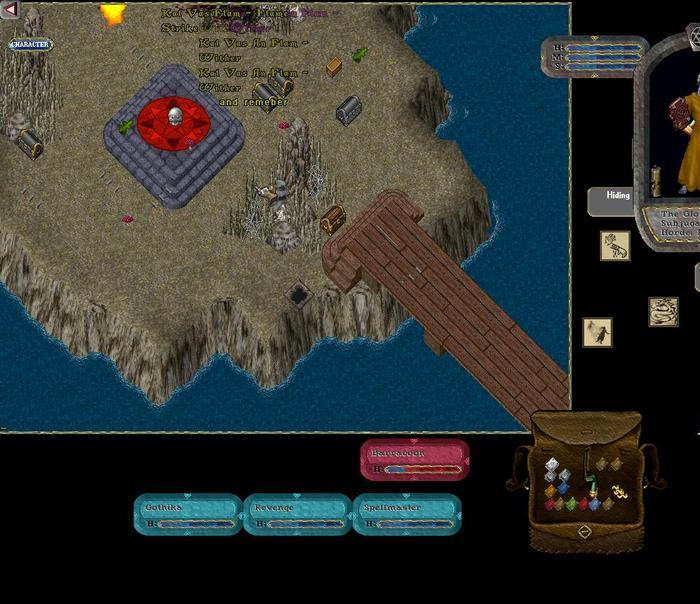 And I wasn't to be disappointed. Gothika and Revenge of ~RD~ and Spellmaster of !C! were there. I went to the island to await the inevitable. No Fields, no Earthquake, no Anti-thief defenses this was almost too easy.....

I picked Revenge for my mark, and when Coon dropped I did a Shadow Jump over to his side.....Searched his pack and found a 115 Ninjitsu Scroll!

I reached in grabbed and vanished as quickly as possible! 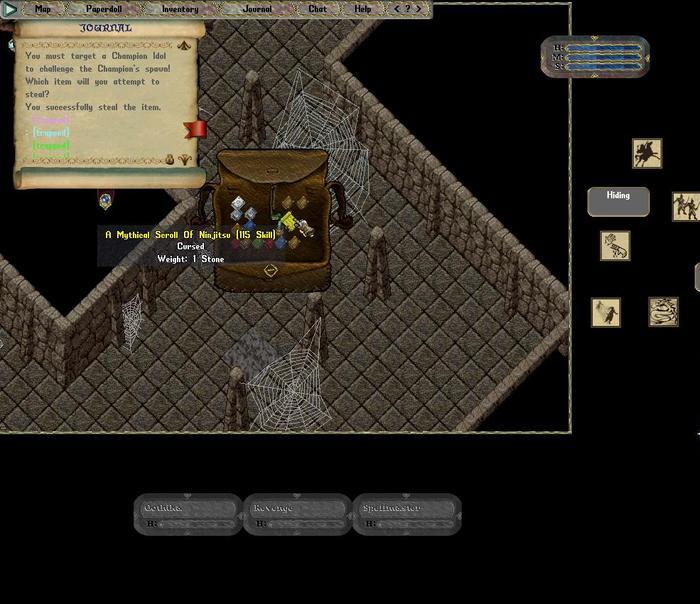 I saw Spellmaster and Gothika in Luna and advised them to beef up their defenses, as I was almost bored....Surprisingly neither knew what I was talking about. Either I was too fast for them or Revenge was too embarrassed to mention the theft to them......